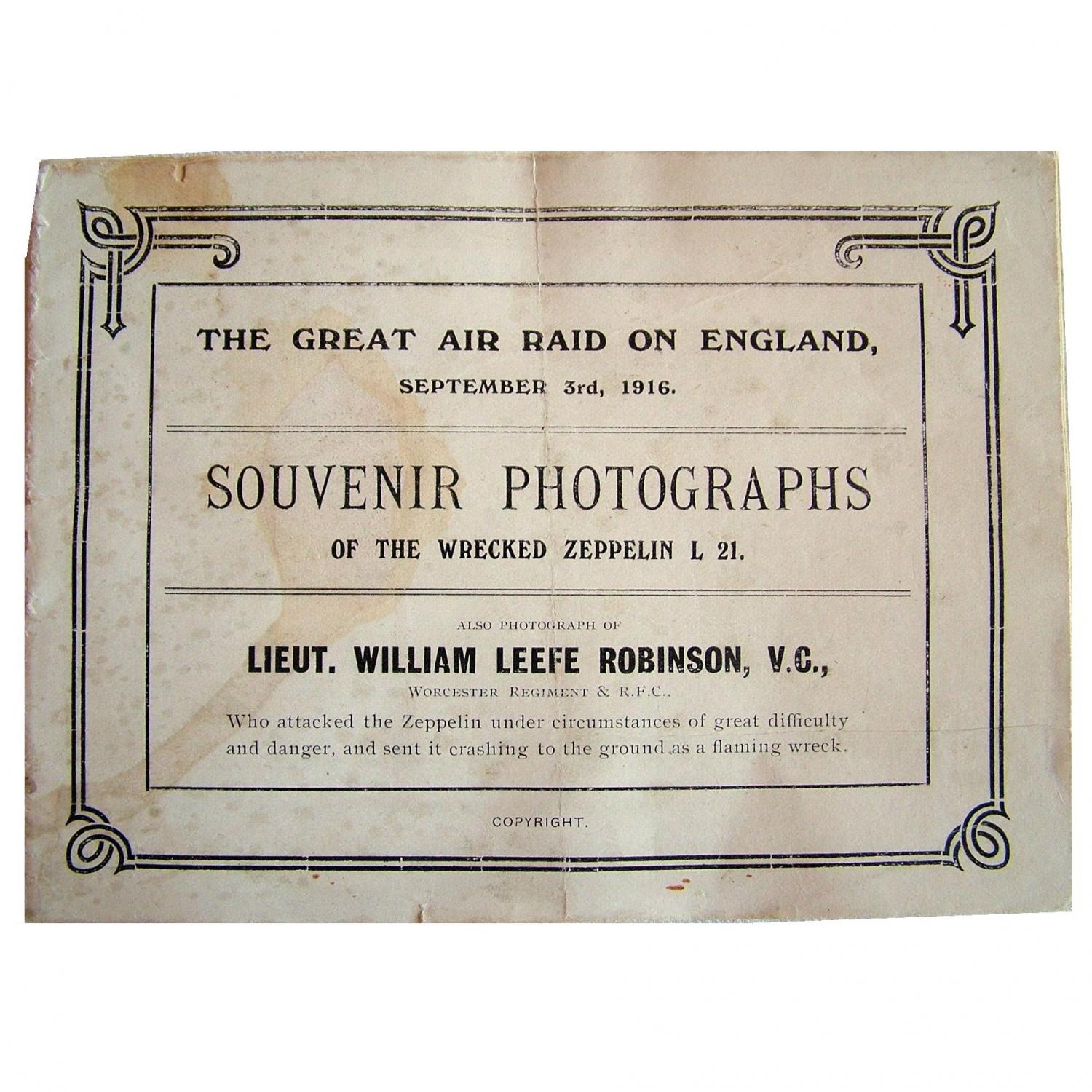 Booklet, approx. 15 x 11cm. Souvenir Photographs of the wrecked Zeppelin L21 from the 'Great Air Raid On England, September 3rd, 1916'. 'Also Photograph of Lieut. William Leefe Robinson, V.C., Worcester Regiment & R.F.C. Who attacked the Zeppelin under circumstances of great difficulty and danger, and sent it crashing to the ground as a flaming wreck.' 14p in total including an official report of the raid, the citation from the London Gazette regarding Robinson's award of the VC and photos of Robinson and the wreckage etc.

Somewhat soiled and a little creased and dog-eared. Quite a rare find now. Stock code P16956. 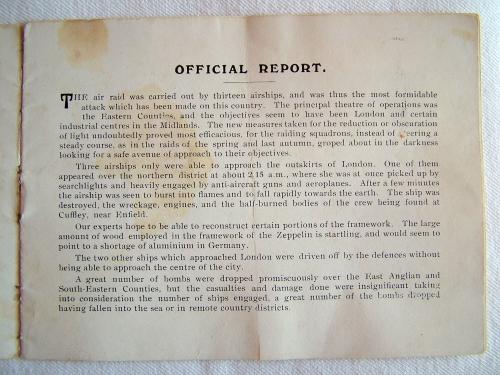 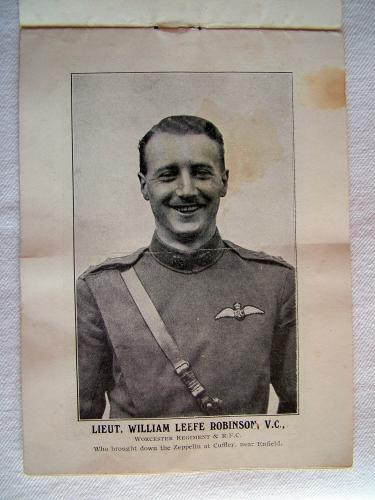 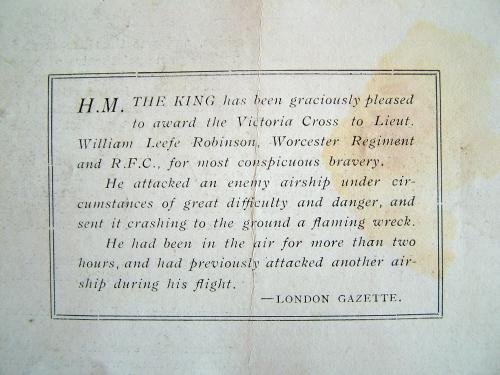 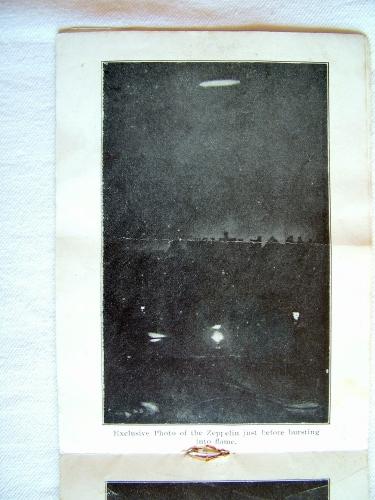