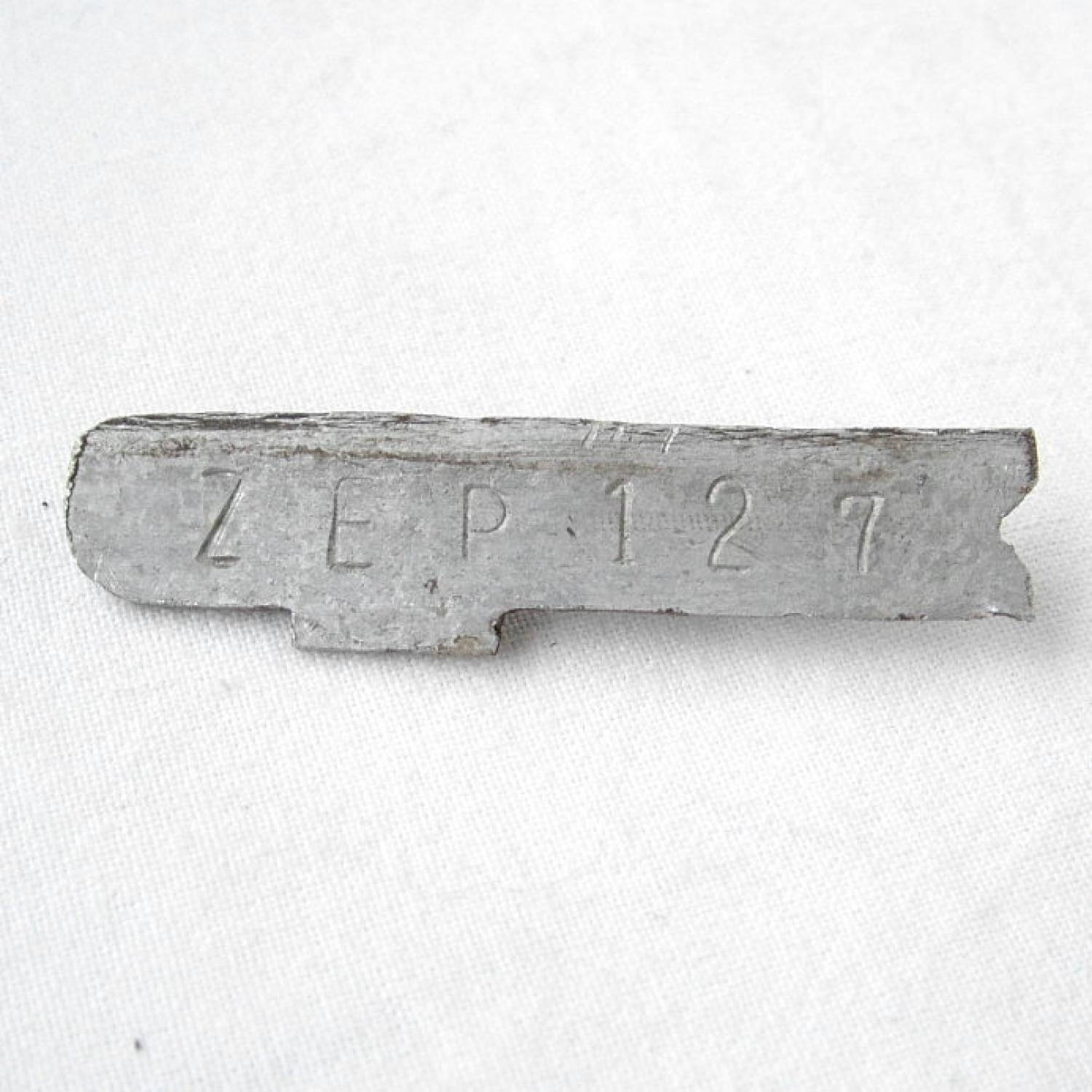 Small piece of duralumin alloy cut from the Zeppelin 'L127' that was scrapped in 1940. This small part has been roughly cut into the shape of a Zeppelin and is engraved 'ZEP127'. Overall size is approx. 50mm x 12mm. It has a safety pin type fixing to the rear.  This was originally on display at the Whitehall Theatre of War.  A museum created/set up by publisher and  Soho 'King' Paul Raymond that was closed in the mid 1980s with much of the contents being sold at auction.

LZ127 was the most succesful Zeppelin made.  It was built in Germany between 1926 and 1928 when it was launched.  She was flown over 1 million miles during almost 600 flights until being decommissioned in 1937 and finally scrapped in 1940.  Much of the alloy was used for the German war affort and some parts were used to make souvenirs for fund raising.  Stock code M20323. 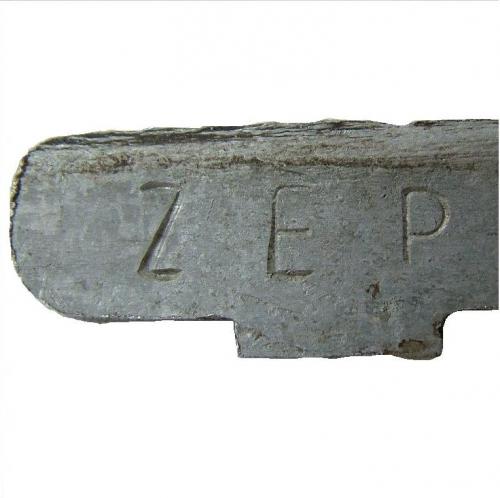 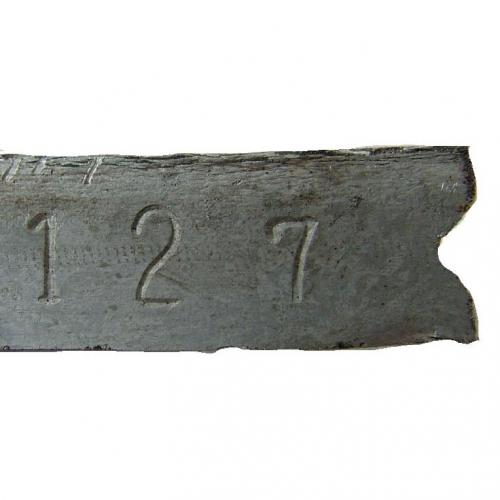 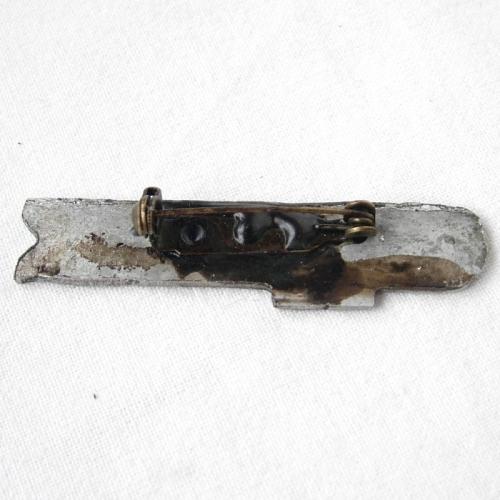 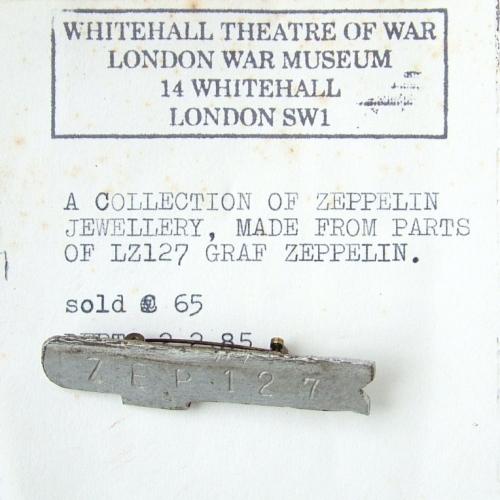