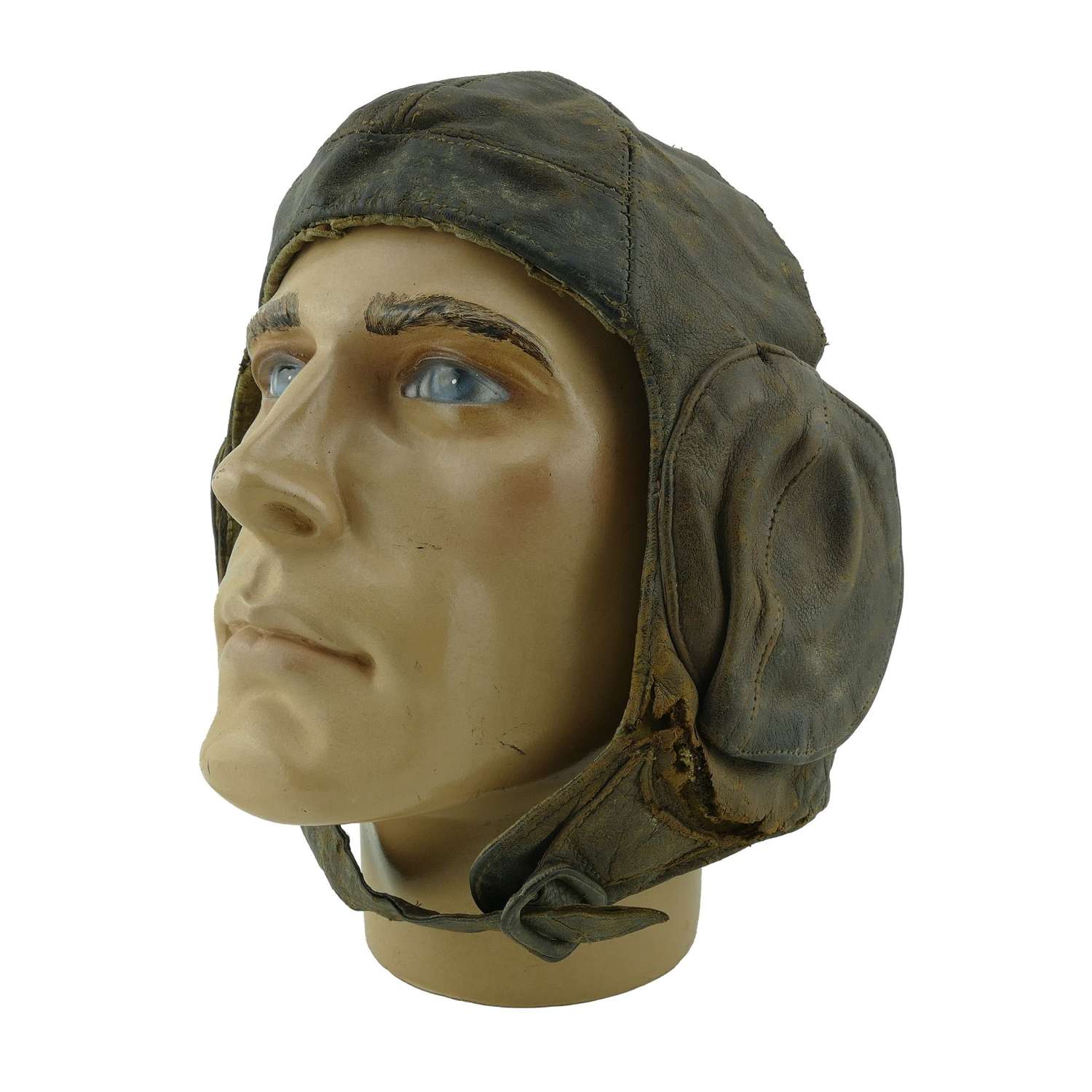 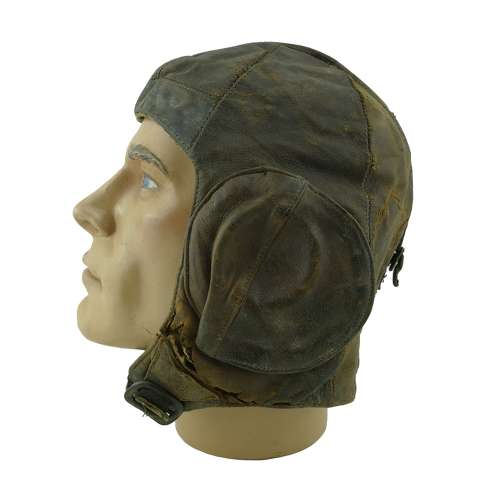 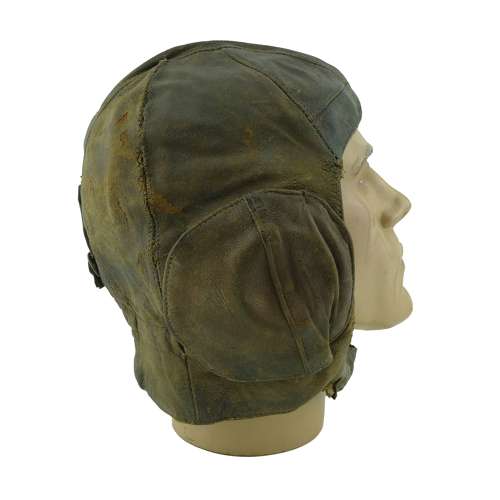 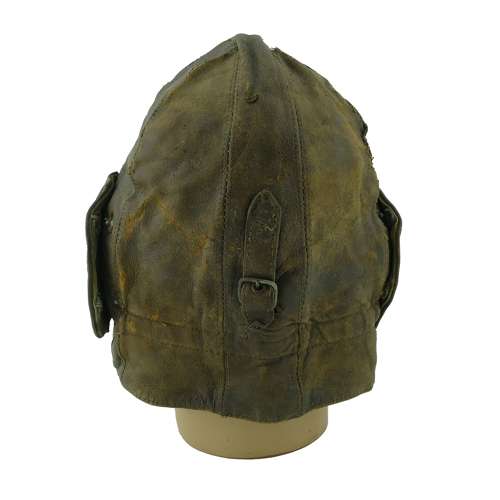 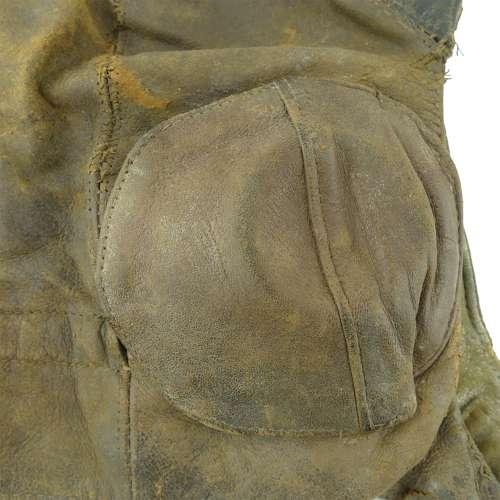 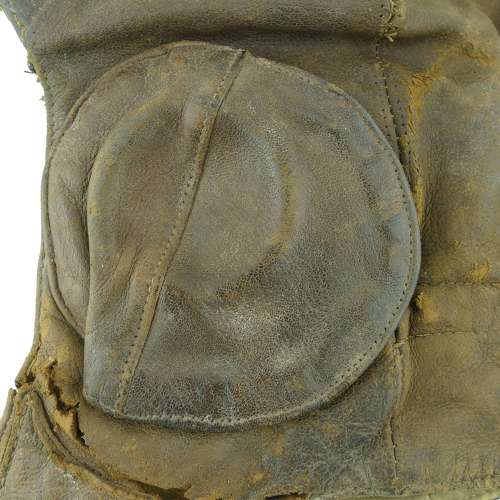 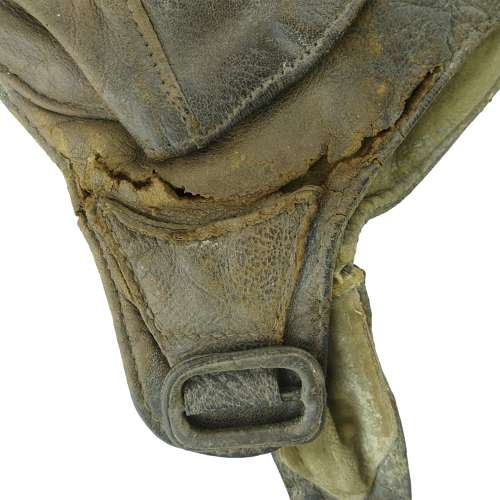 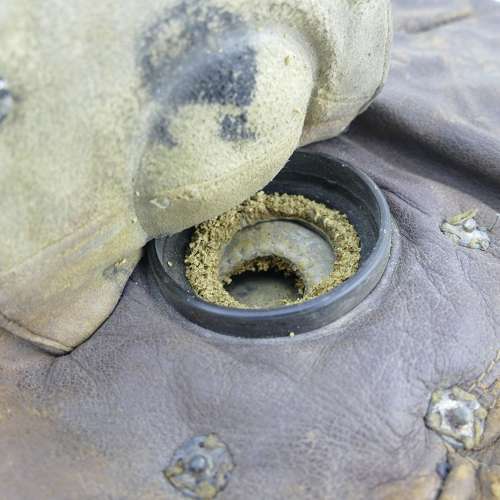 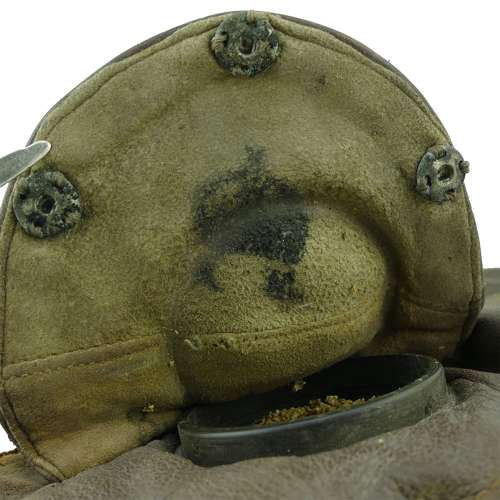 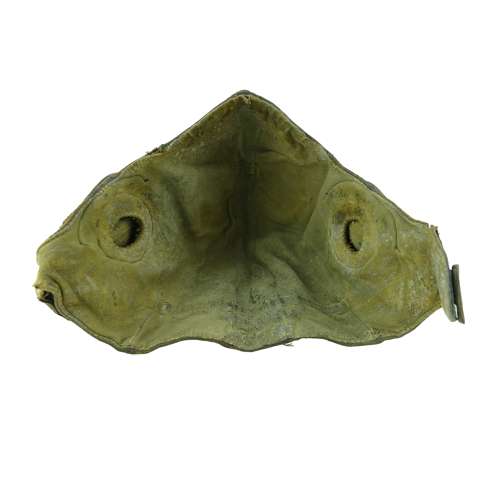 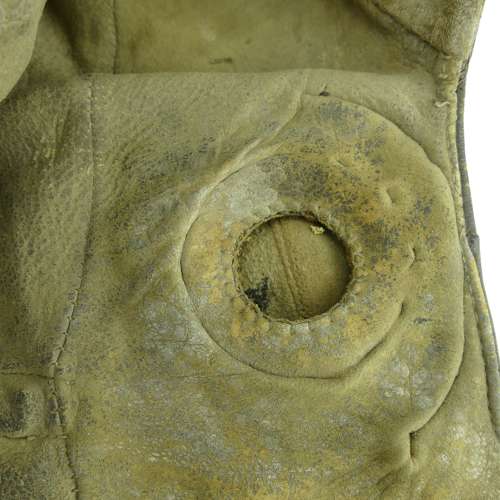 Stores reference 22c/51.  Chestnut brown leather helmet with a chamois lining.  Wide leather chin strap with a simple friction buckle fastening.  Single rear goggle strap.  This example has been fitted with chamois lined earflaps, stores reference 22c/57,  for use with radio equipment or Gosport earpieces.  The leather is in rather poor condition - whilst it remains quite flexible, the surface is rather dry, abraded and a bit flakey in places.  There is also a large split just above the point where the chinstrap buckle is attached.  Both earflaps are quite good and each have Air Ministry stamps on the inside.  Fitted with bakelite receiver carriers, stitched in place beneath the earflaps.  The area around the carrier was padded with sorbo rubber between the lining and helmet shell.  This now feels hard/crumbly as is usual with these helmets.  The lining has average, fairly even soiling.  The chinstrap has stiffened a bit and has a split at the edge close the attachment point.  The leather covered buckle is quite good.  1930 pattern helmets were introduced to replace the MK.1 used by the RFC during the Great War and were also the forerunner of the type B, introduced in 1935.  A rather tired example of this early RAF helmet.  Priced accordingly.  Stock code H15423.