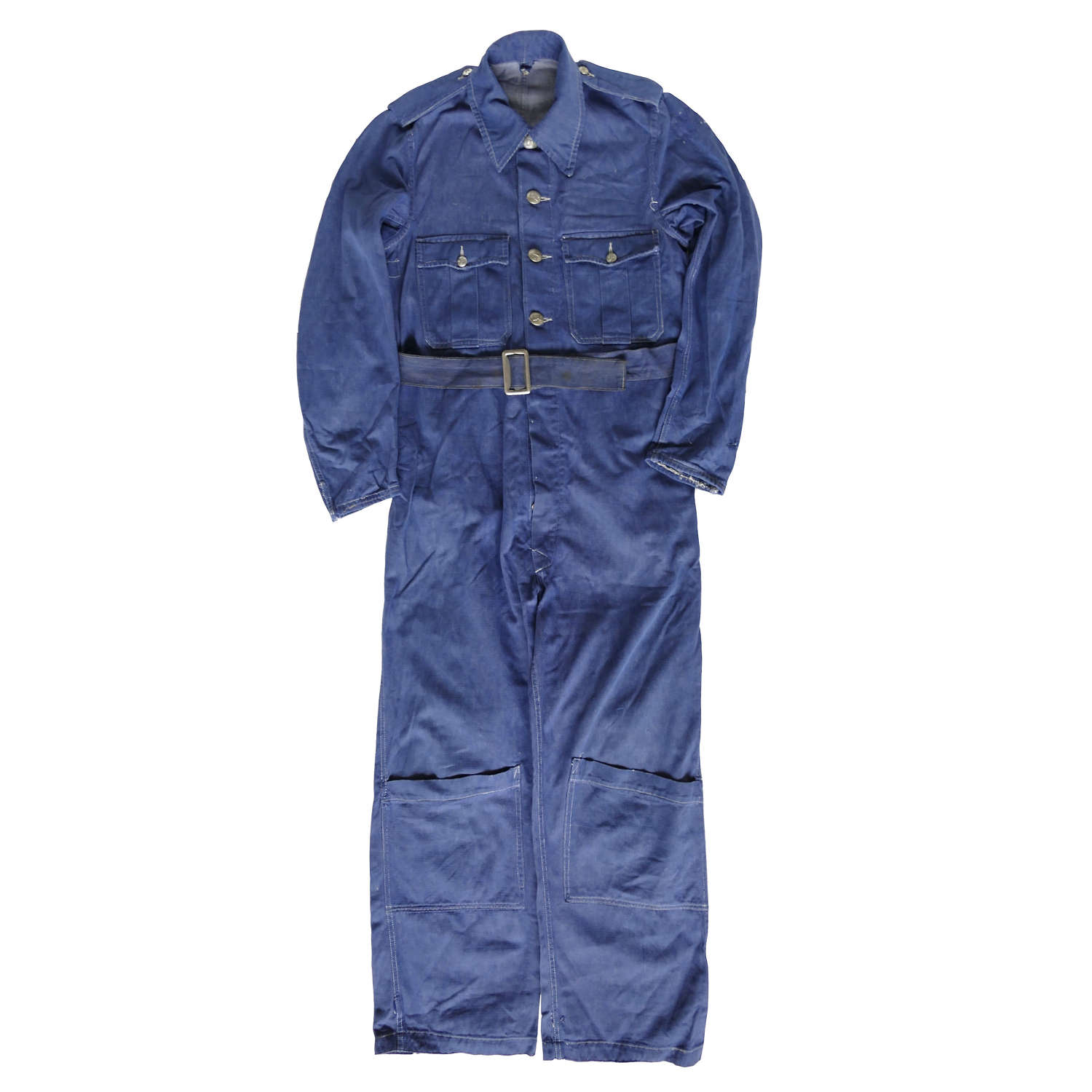 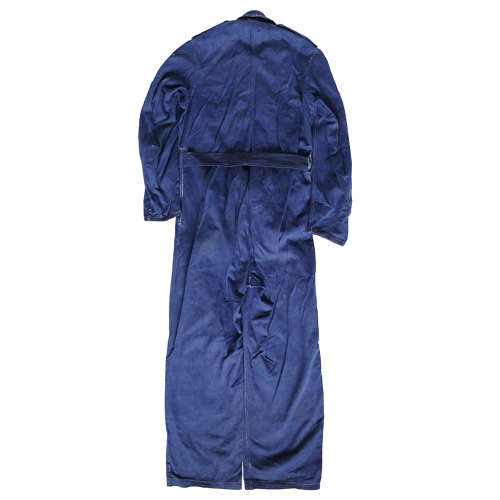 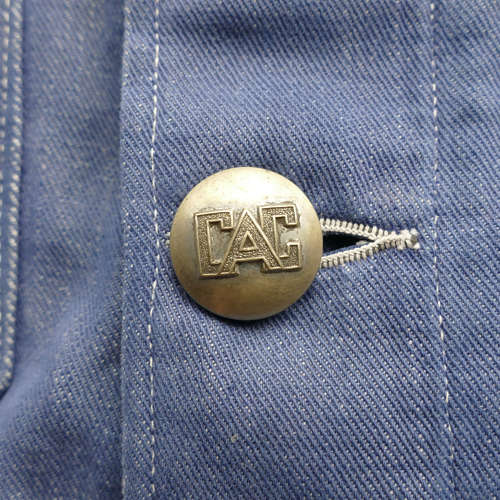 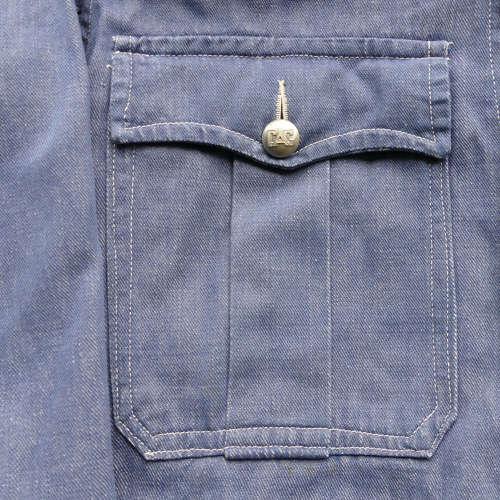 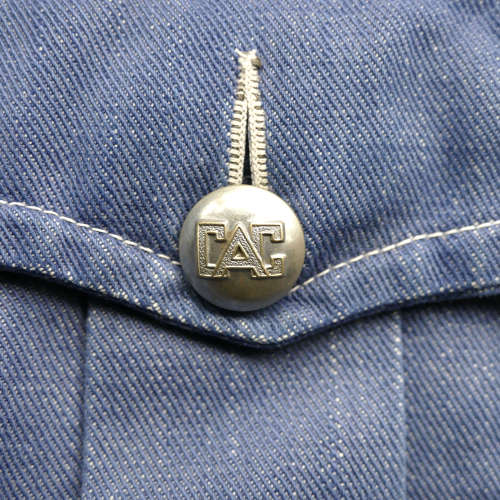 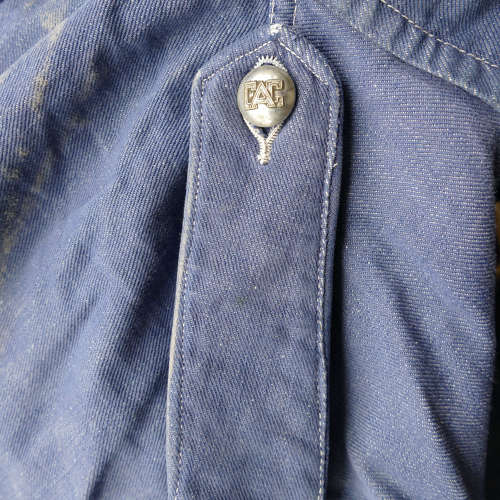 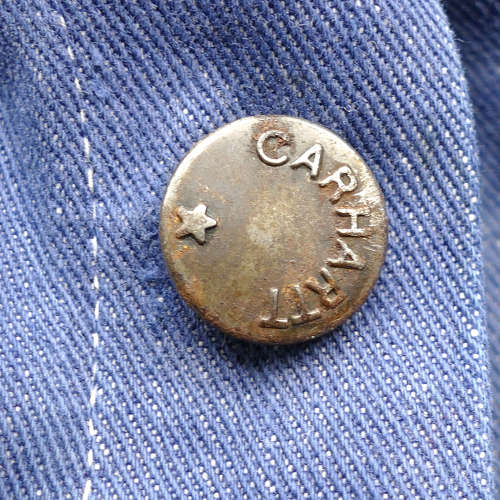 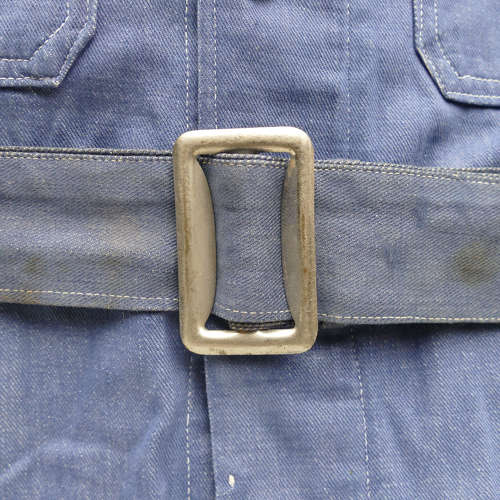 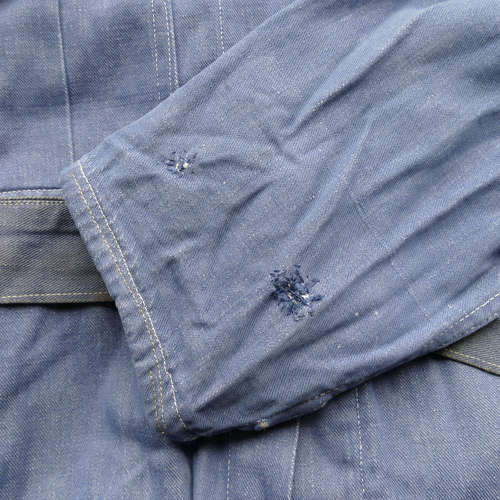 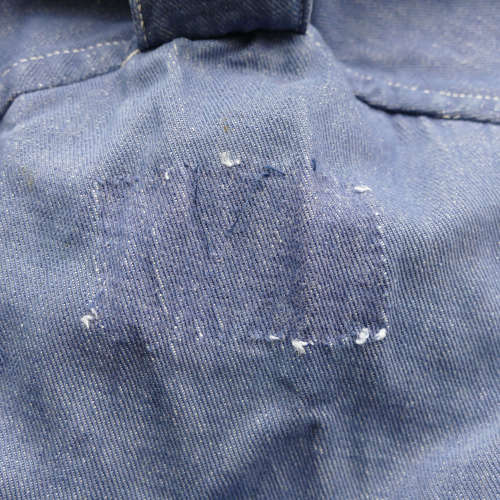 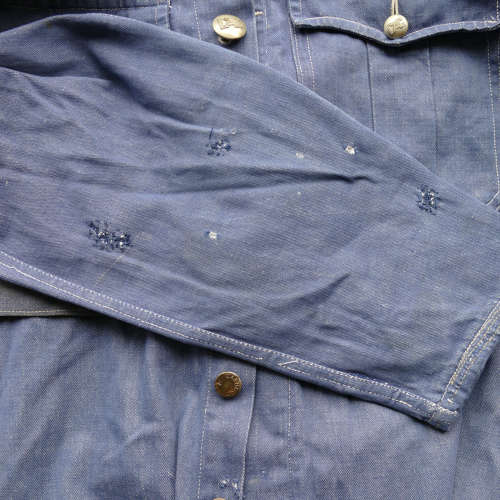 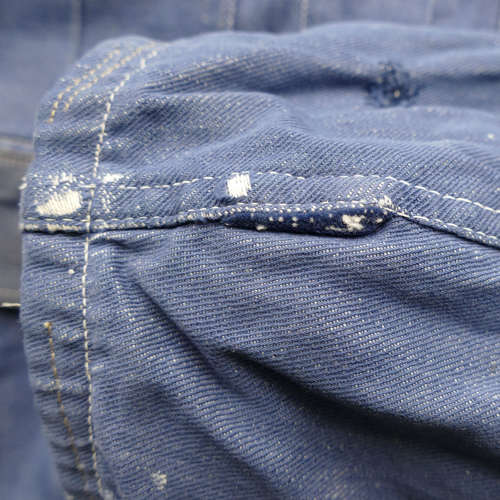 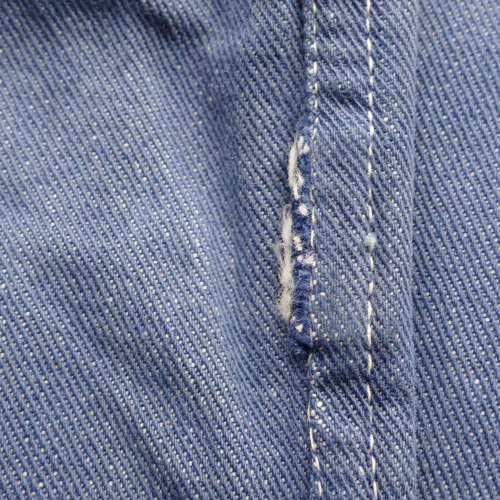 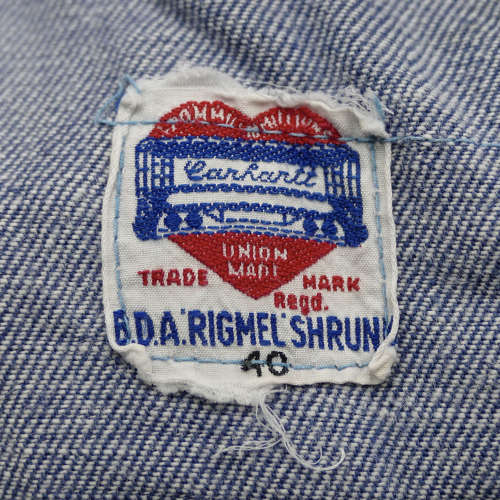 By Carhartt.  Size 40.  Very rare blue denim flying suit worn by Civil Air Guard (CAG) pilots. Full length front opening with  three concealed 'fly' buttons and four large domed CAG buttons.  Integral epaulettes secured with small CAG buttons, two open leg pockets and flapped CAG buttoned breast pockets.  Waist seam openings and internal pockets on both sides.  Belt with friction buckle. Originally fitted with buckled denim straps at the cuffs and ankles but these have been carefully removed.  The overall appearance is good bar some darned holes on each sleeve as shown.  Evidence of the embroidered Air Defence Corps arm badge at the shoulder (removed/stitch holes).  The CAG was formed in July 1938, as a way of increasing the number of people holding a pilot's license. Members received government sponsorship towards tuition fees, in return for an 'honourable undertaking' to join the RAF Reserves in times of emergency/war.  This suit belonged to L. B. Pym who joined the CAG in 1939.  In a letter found in one of the pockets he describes having his first flying lesson on 22nd of the same month in a De Havilland Hornet Moth at RNAS Roborough, Plymouth (later in the war RAF Roborough).  Spinning instruction was undertaken in a Miles Magister.  He left Plymouth on 13th July and appears to have been based near Andover but sadly we don't have any information on what he did next during the war but post WW2 he was an instructer with the A.T.C.  Stock code S17783.