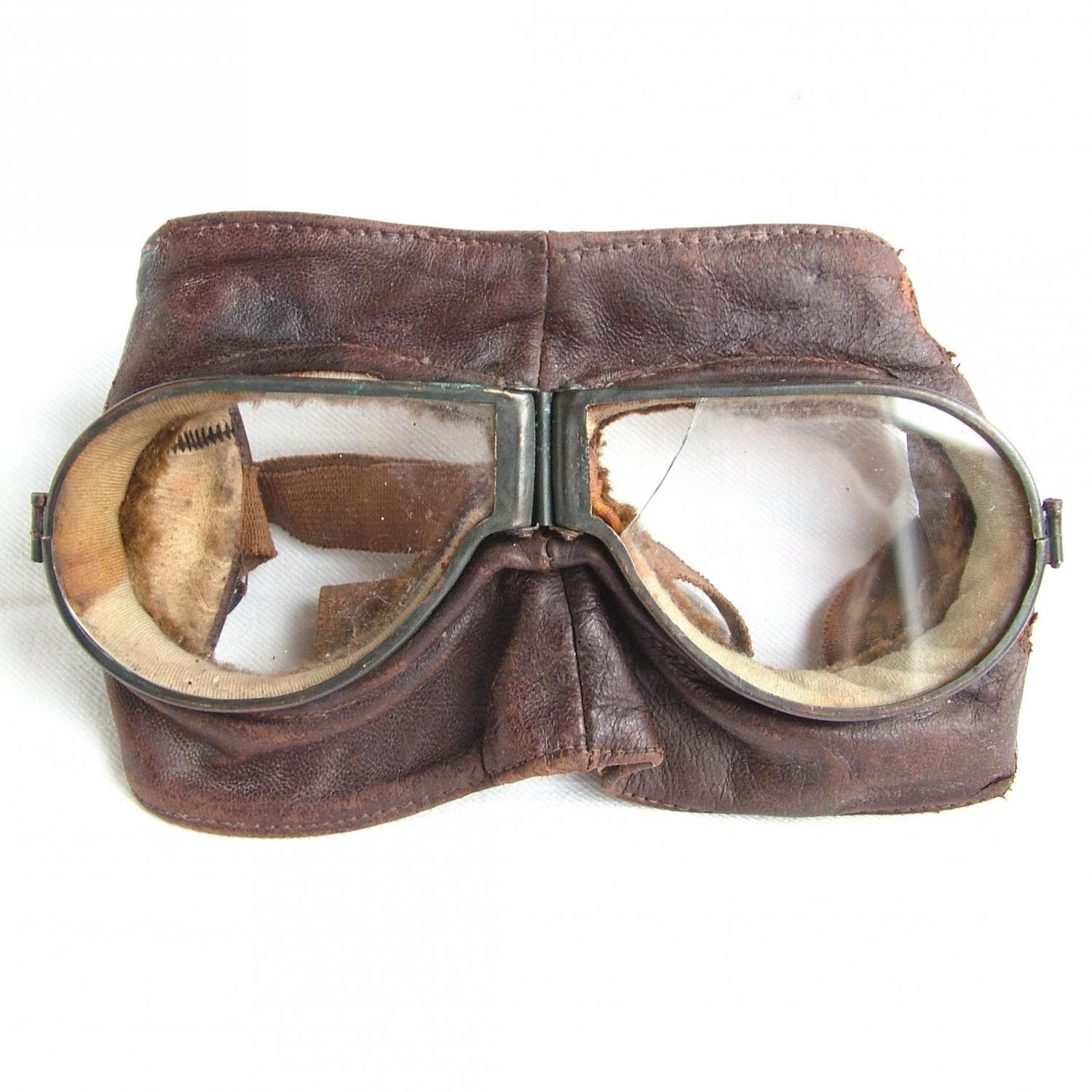 By The Triplex Gogglemask & Lens Co. Ltd.  Stores reference 22c/11.  Pear shaped triplex glass lenses set in black metal frames within an extended brown leather facemask.  Fitted with a simple elastic strap and often backed with rabbit fur.  The frames are in good order retaining much of the original finish.  The leather is in reasonable condition, fairly supple but with wear towards the sides where it has been stored folded at some stage.  Official markings are gold blocked to one side 'GOGGLEMASK FLYING MARK II' along with the manufacturer's details, War Department broad arrow and 'A'.  The frame is dated AUG 17.  The 'inner' fur trim on the goggles is quite good but there is no rabbit fur, the back of the mask section having rather soiled plain chamois.  The fur may have been removed but as there is no evidence of it whasoever it could be that this pair was made without.  Fitted with the original strap,  now rather stretched and lacking elastication.  One lens remains good but the left is broken with a section missing.  This could be replaced using a lens from the more commonly found WW2 MT drivers goggles.  Not the best pair but quite displayable and could be improved with a little effort. Stock code G19614. 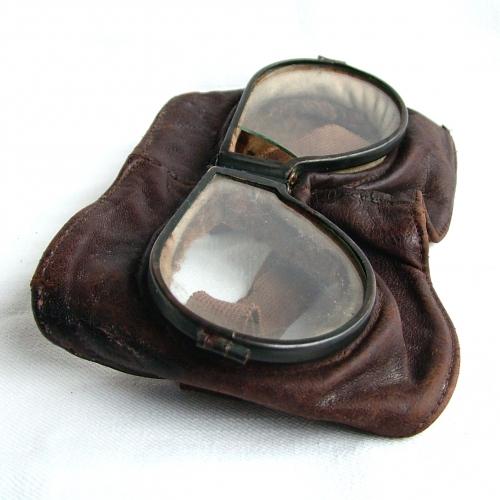 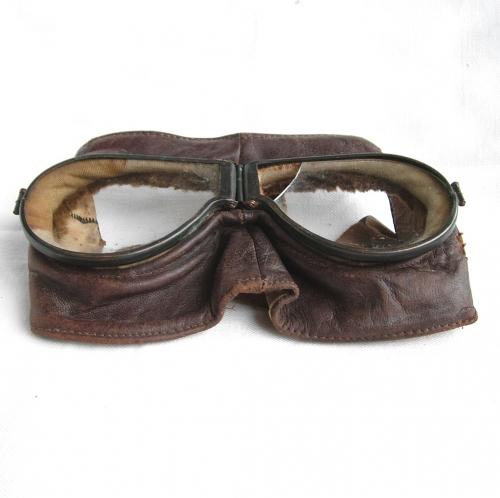 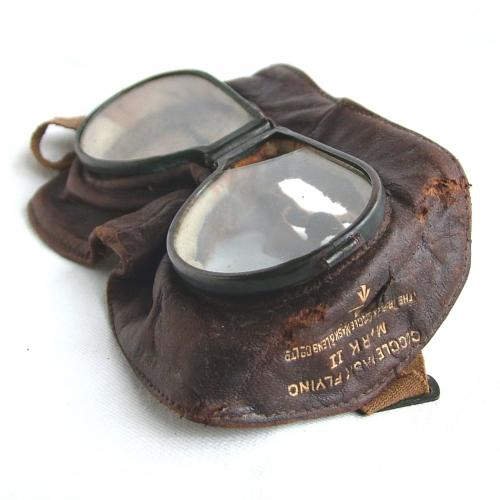 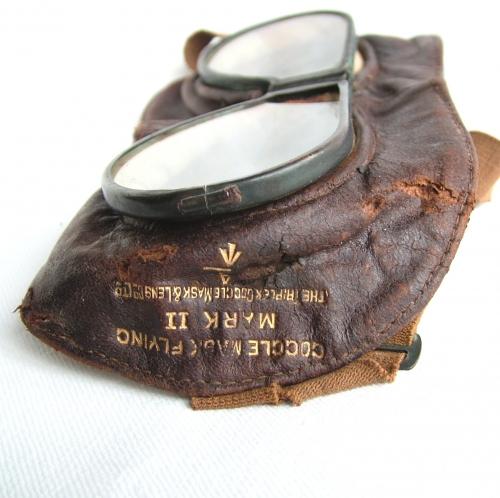 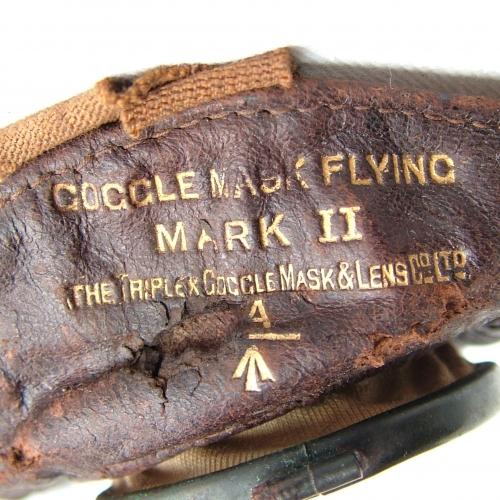 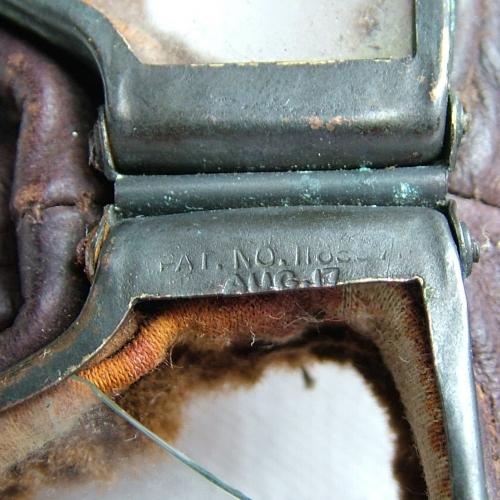 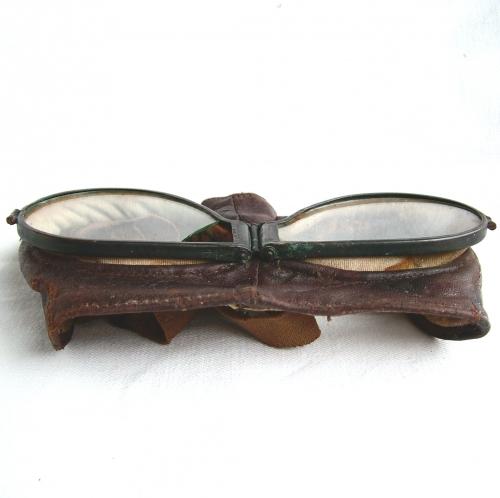 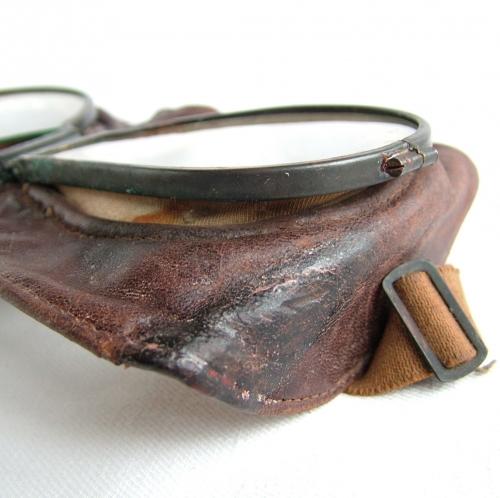 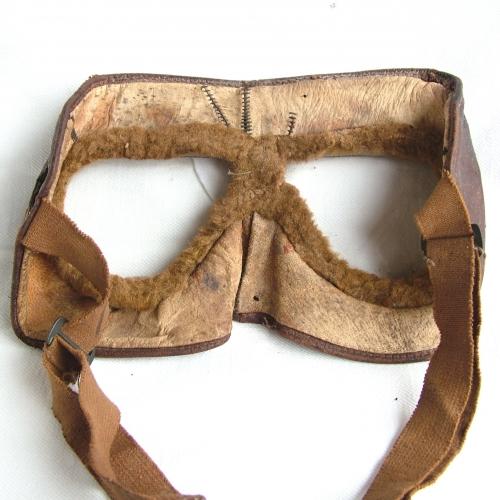 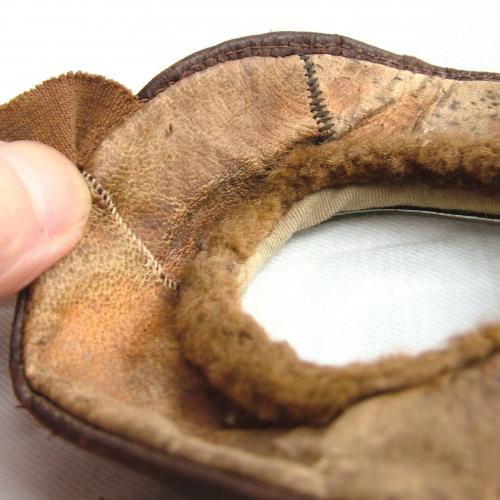 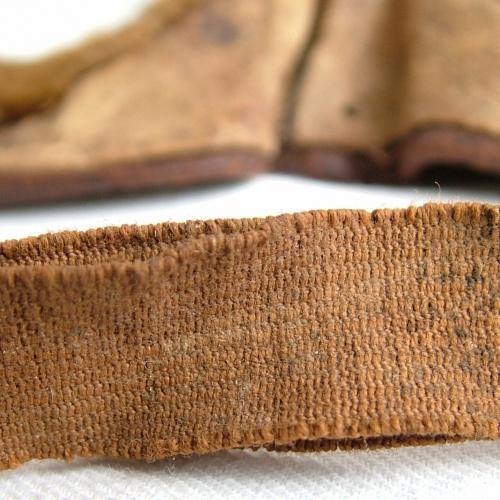 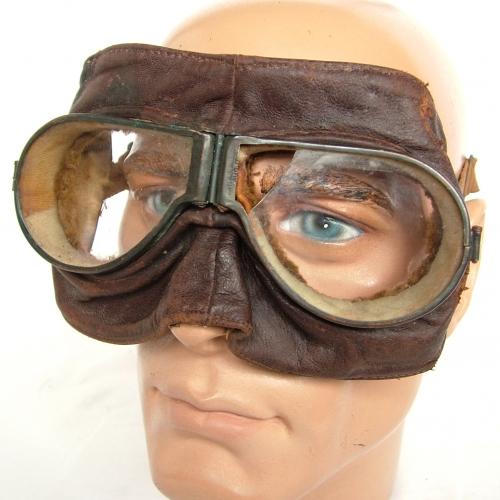