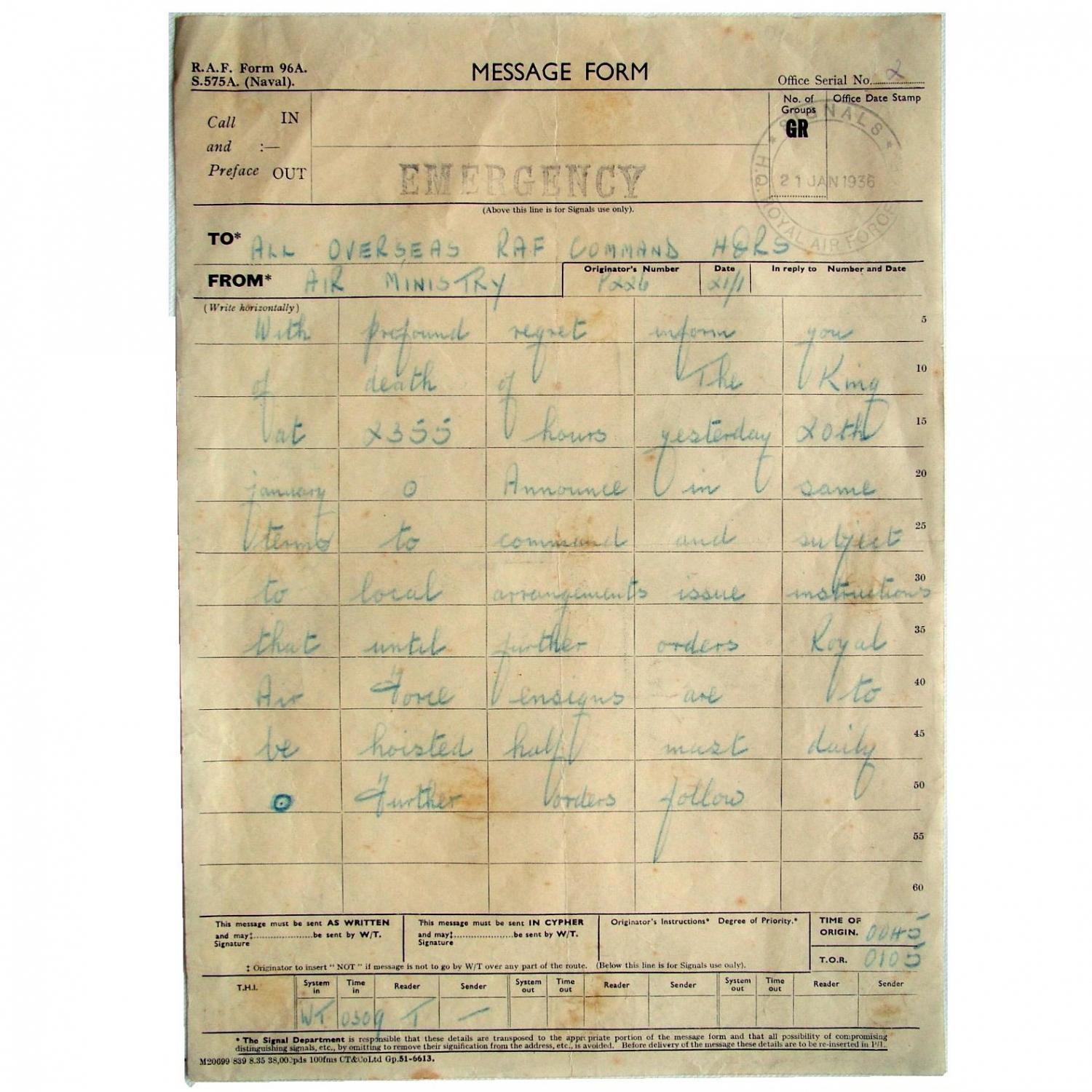 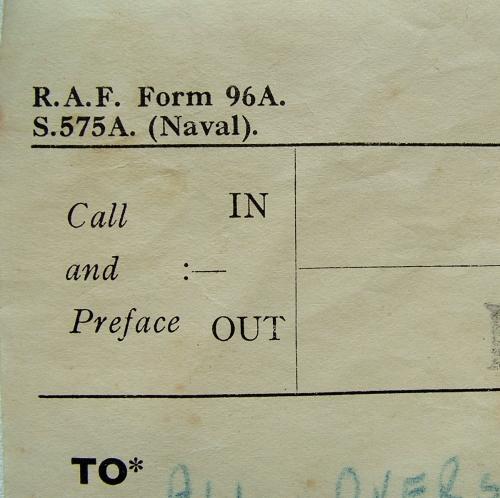 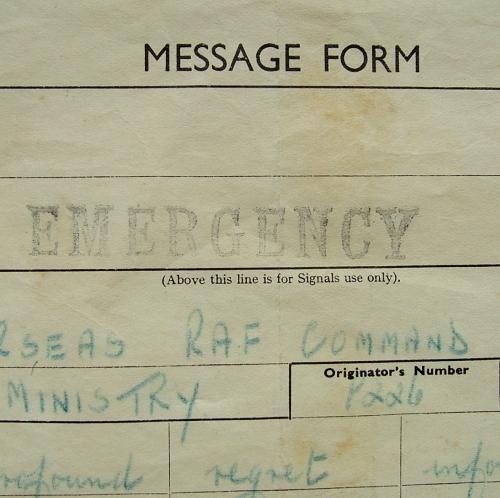 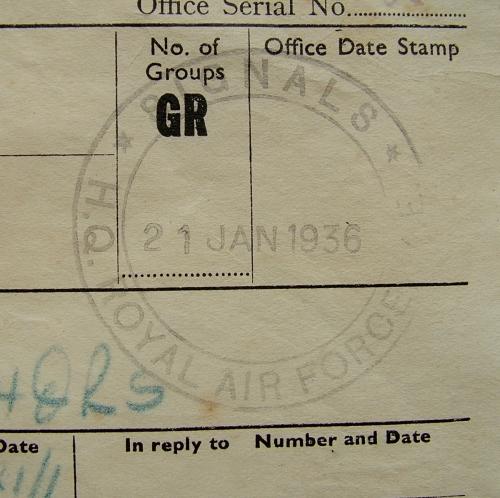 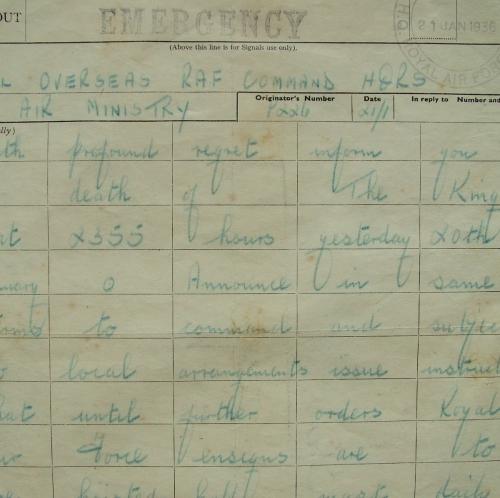 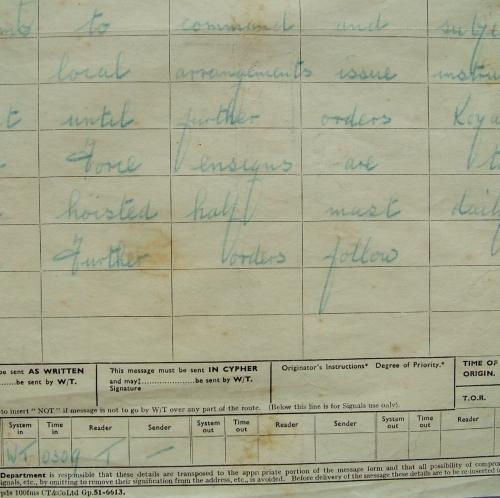 RAF Form 96A., S.575A. (Naval).  Message form used to transmit communications via 'wireless telegraphy' (Morse Code). This message was sent from the Air Ministry to all overseas RAF Command Headquarters on 21st January 1936 at 00.45hrs and reads 'With profound regret inform you of death of The King at 2355 hours yesterday 20th January. Announce in same terms to command and subject to local arrangements issue instructions that until furthur orders Royal Air Force ensigns are to be hoisted half mast daily. Further orders follow.'   The handwritten message was sent from Signals HQ, RAF, is marked 'EMERGENCY' and bears their official stamp.  A rare and poignant document announcing the death of George V.  Light marking but in very good condition.  Stock code P20425.