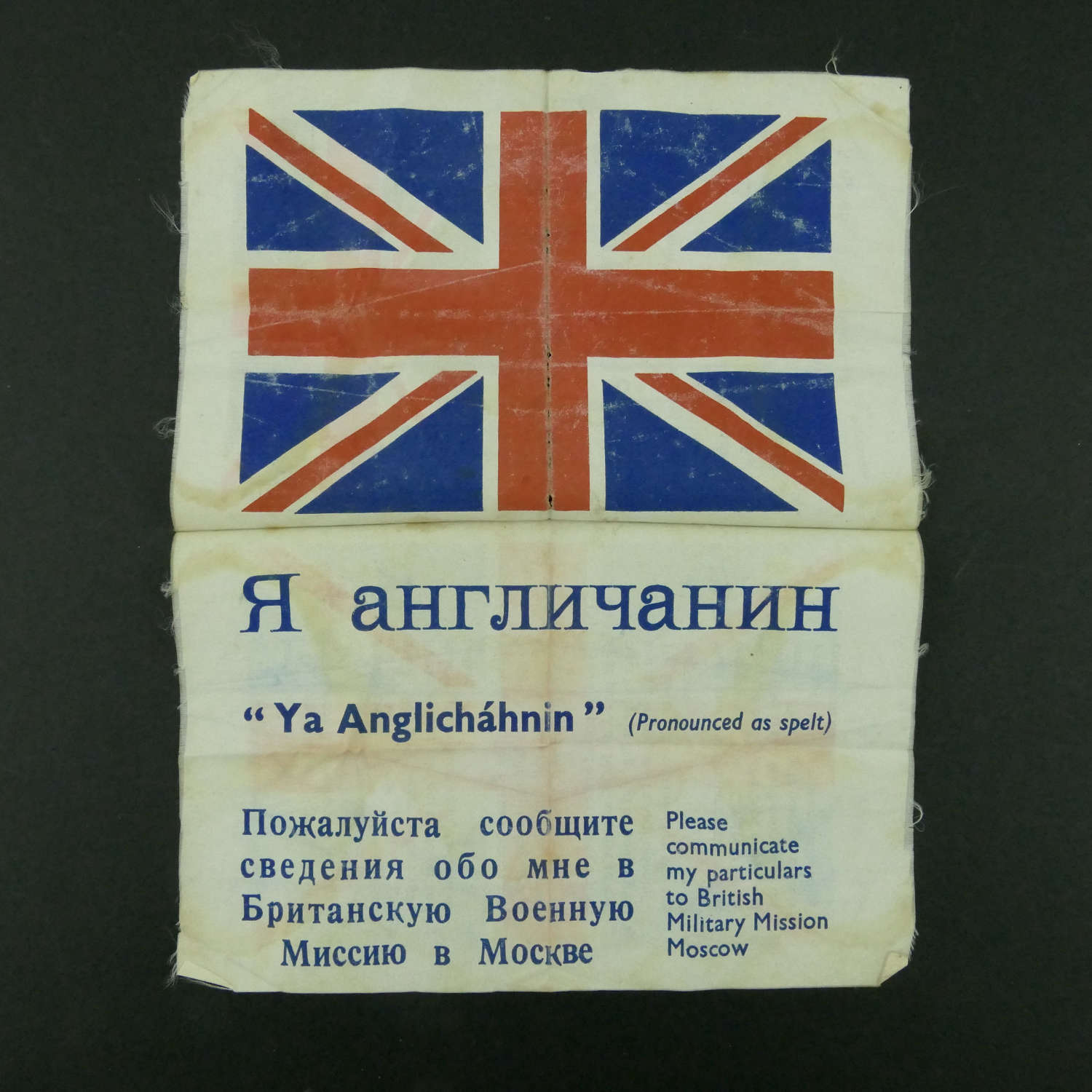 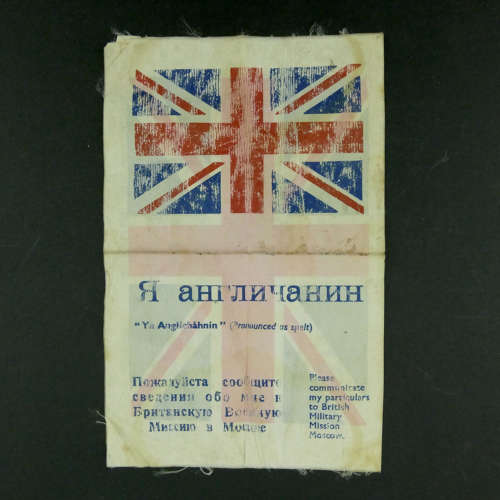 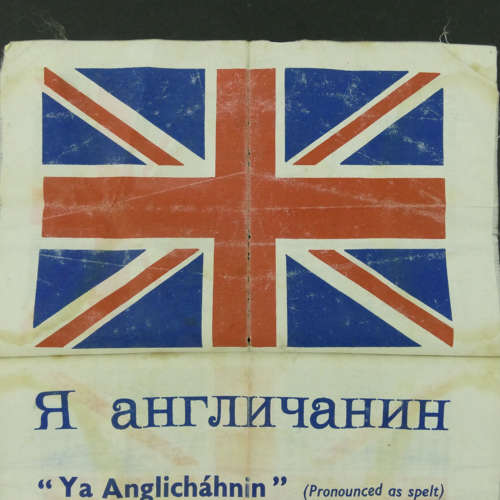 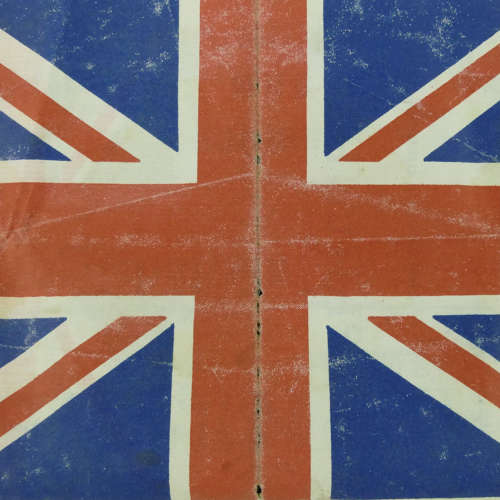 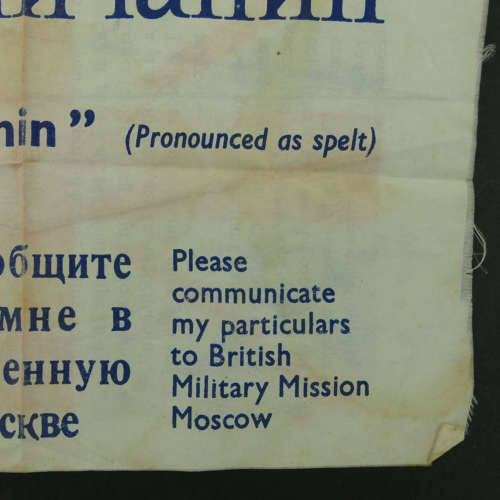 Double-sided blood chit, approximately 24 x 19cm.  Printed on both sides in red and blue on a single piece of paper-like rayon, so thin that the reverse side shows through.  For use during 'Operation Frantic' by British aircrews flying missions over Soviet controlled regions.  Printed to the front with a large Union flag plus wording in Russian asking that the holder's details be passed to the British Military Mission in Moscow.  The reverse side has a smaller flag and similar information along with detailed instructions for use.  This example has clearly been left folded for many years, shows wear and use, and is a little fragile.  Unhemmed.  These appear to be far less common than those printed on two separate pieces of rayon stitched together.  Scarce.  Stock code E25255.