The Battle of Britain - Day 5

Day 5 of the Battle of Britain.  75 years ago today, 14th July 1940 saw fair weather over Southern England.  There was reduced enemy action near the coastline with most attacks directed at shipping in the channel.
Pilot Officer Michael Robert Mudie (42073) of 615 Squadron (Kenley) was on a patrol sortie near Dover when 40 Ju87s escorted by 109s attacked a convoy in the channel.  He was shot down during a dogfight by a Bf109 of JG51, his Hurricane crashing in St. Margaret's Bay.  Although badly wounded Mudie managed to bale out and was rescued from the sea by the navy.  He was taken to Dover hospital but sadly he died the following day aged  just 24.
The Luftwaffe suffered the loss of 3 Ju87s, 3 109s and 1 probable Ju87 & 109 that day. 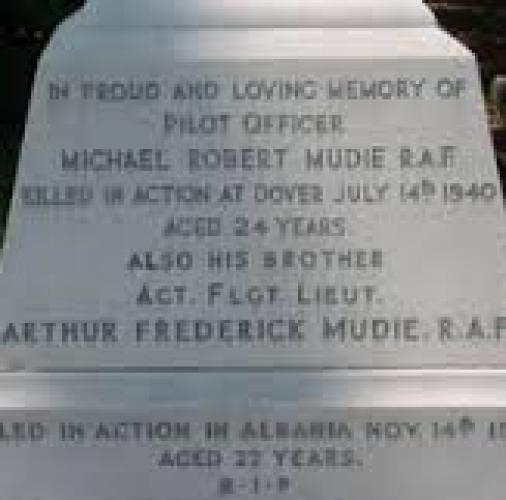