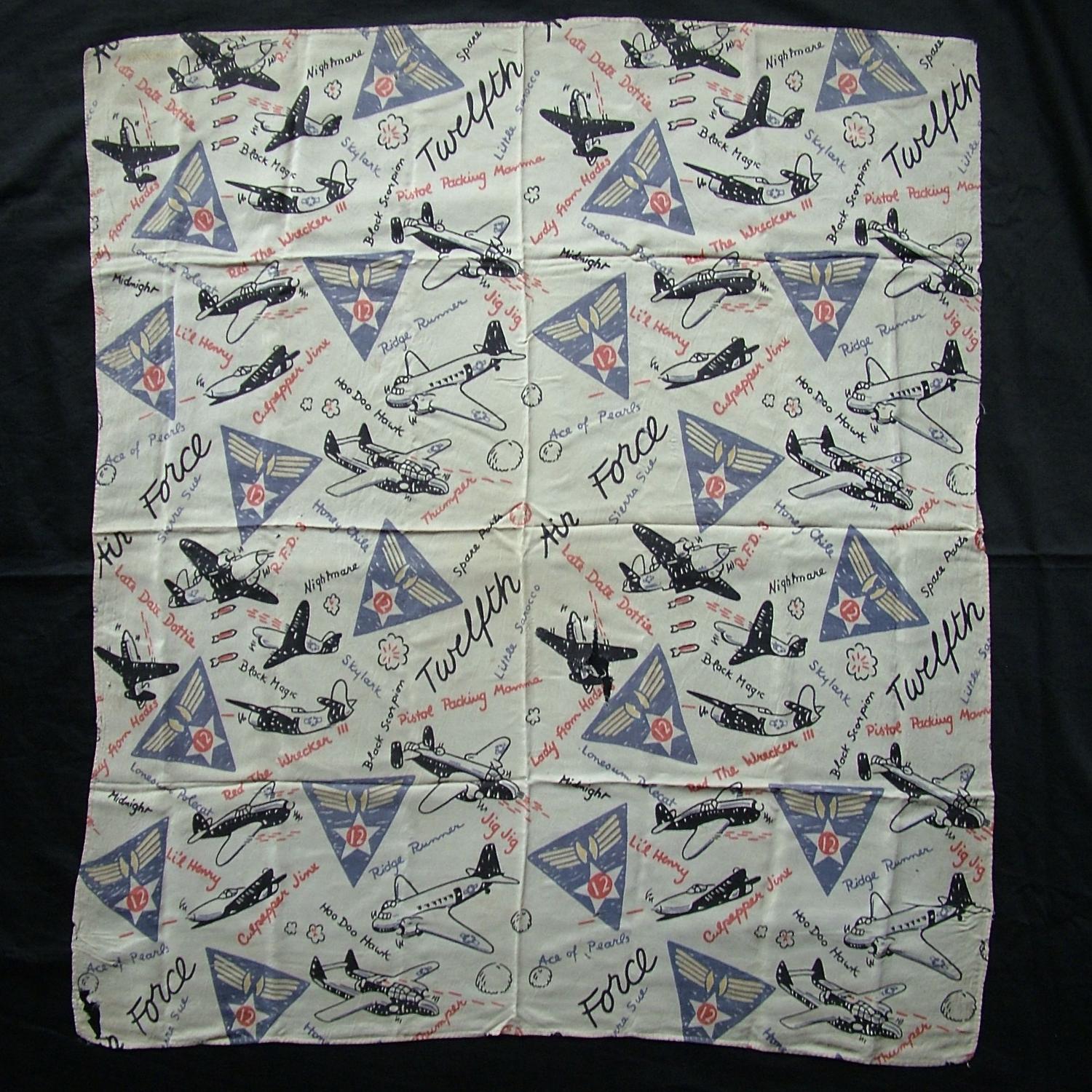 Cream silk/rayon, approximately 88 x 88cm.  Screen printed in black, blue, red and yellow with the 12th AAF badge and numerous aircraft, some of which have tracer fire coming from their guns.  Text between these gives the names of many 12th AAF planes including 'Ace of Pearls', 'Black Magic, 'Black Scorpion', 'Culpepper Jinx', 'Late Date Dottie', 'Pistol Packing Mamma', 'Ridge Runner', 'Thumper' etc.  Hand stitched hem.  The 12th moved to England in August/September 1942 and then on to North Africa for the invasion of Algeria and French Morocco.  They operated in the Mediterranean until the end of the war.  The scarf is in fair condition with some soiling and quite a few tiny holes as well as some larger holes/damage.  Most of the smaller holes are only really evident when held to the light.  A rare piece.  Stock code M22797. 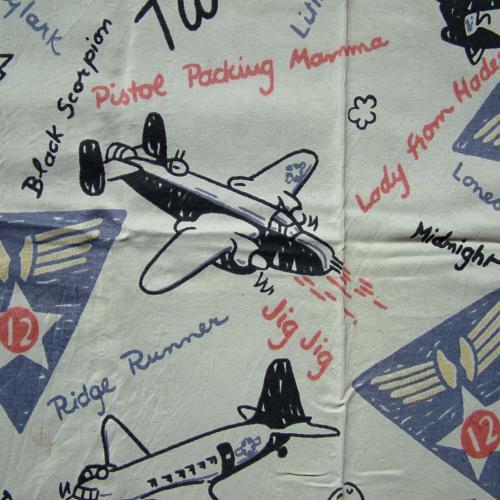 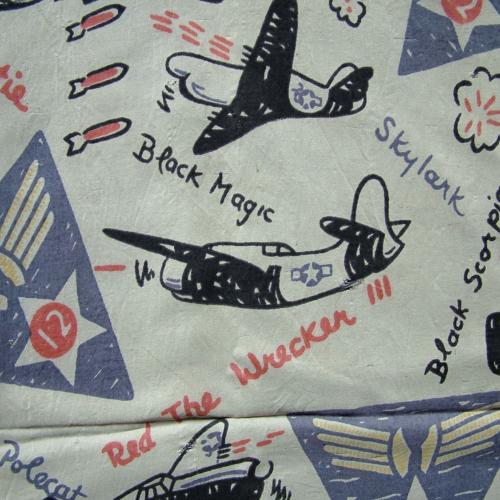 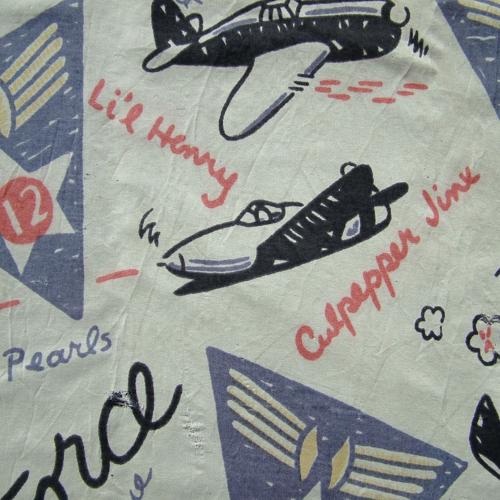 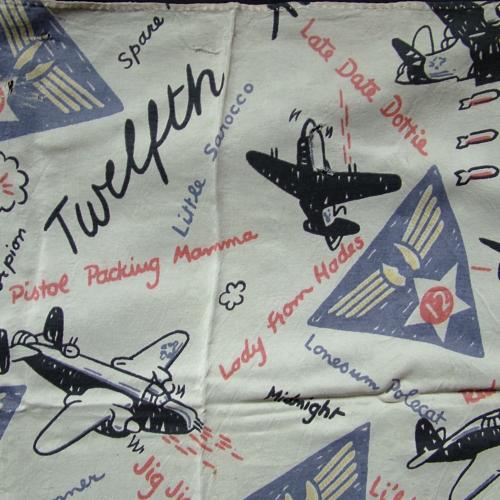 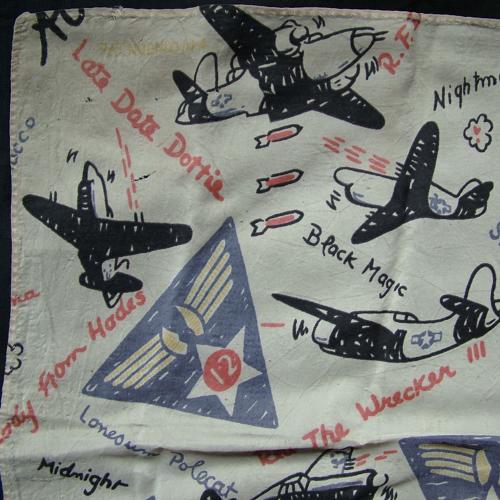 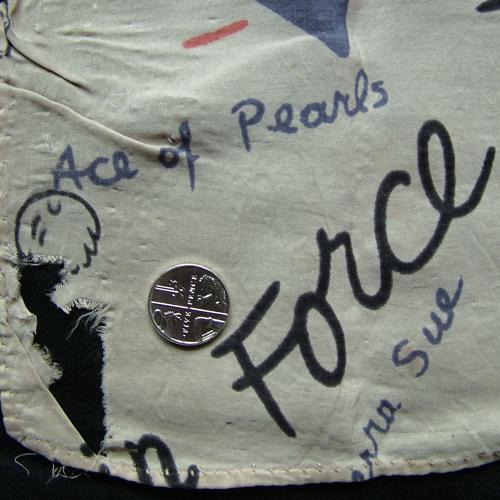 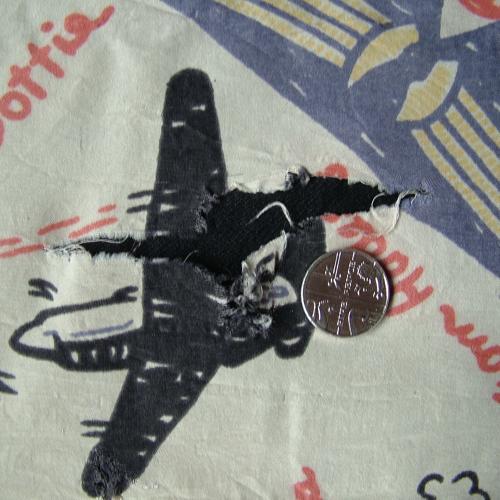 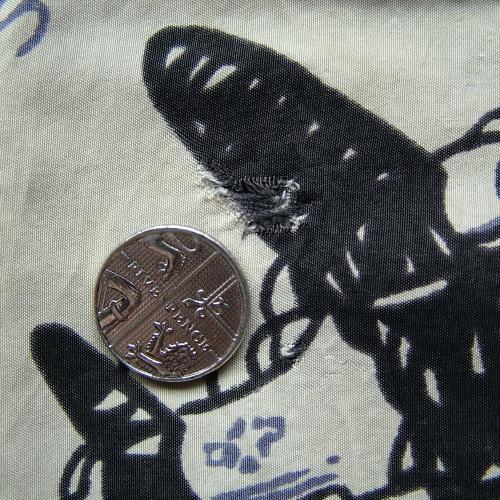 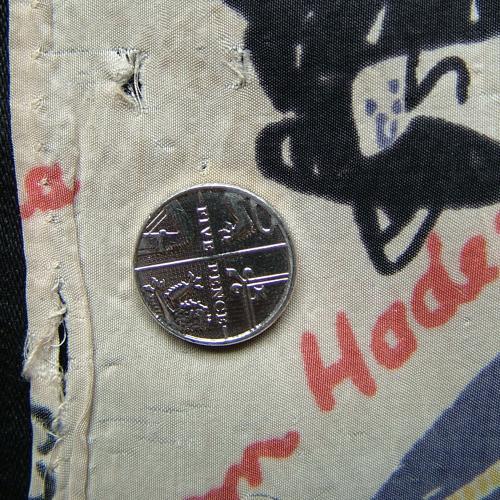 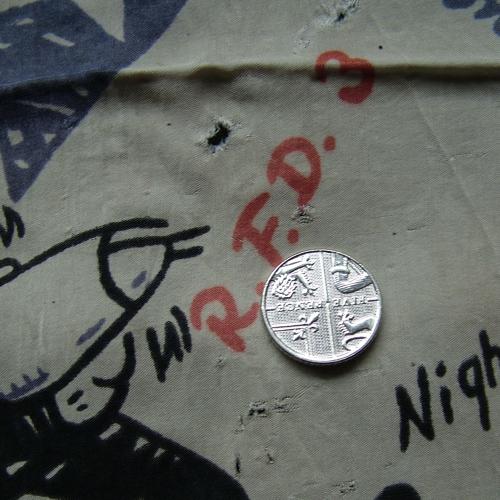 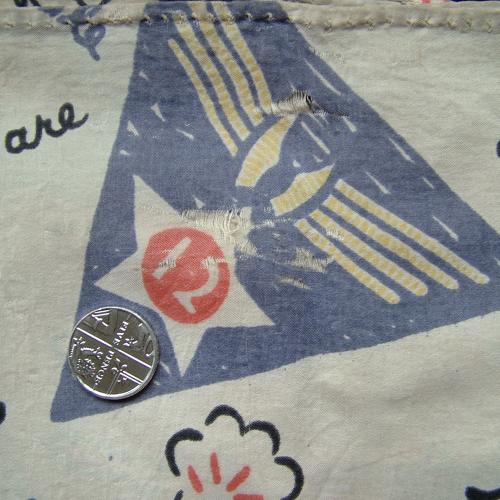