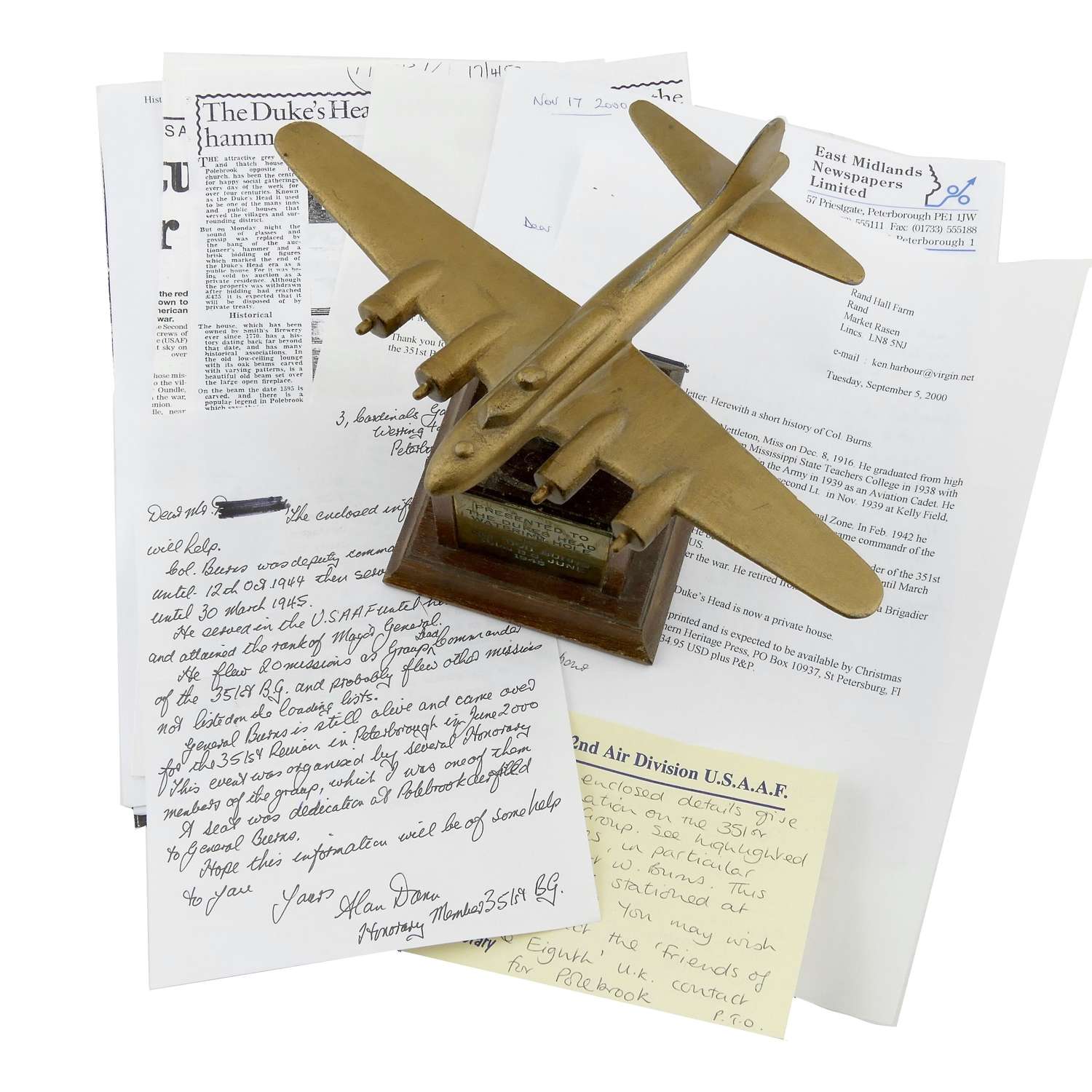 Cast metal model of a B-17 Flying Fortress mounted on a wooden stand bearing an engraved brass plaque 'Presented to The Dukes Head Watering Hole By Col 'Bob' Burns, 351SQ B.G. June 1945'.  The model is a relatively rough casting and painted gold. The base shows wear but is in good condition and would no doubt clean and polish up well. The base measures approximately 10 x 10 x 8cm and the model has a 23cm wingspan.

The Duke's Head was one of two public houses in Polebrook (Northamptonshire) during WW2 and frequented by airmen stationed at the nearby RAF Polebrook (AAF station 110), home to the 97th and later the 351st Bombardment Group.  The pub closed and was sold in 1957 and is now a private dwelling.  Colonel Robert Wygul Burns enlisted as an aviation cadet in 1938, receiving his wings the following year. He served as commander of the 351st BG between 12th October 1944 and 30 March 1945.  So far so good.  However, whilst this item comes with letters/research done by the former owner it is odd that the plaque reads '351SQ B.G.'.  351 is the bomb group that was made up of the 508th, 509th, 510th and 511th bombardment squadrons.  '351SQ B.G' doesn't really make any sense.  It should read '351st B.G'.  An engraver's error or a faker's mistake? Call me pessimistic but I think that this is a spurious piece and has been made up to deceive. Feel free to make up your own mind but we are selling this as period B-17 model on a stand with no history.  The model is 'loose' from the stand and requires re-glueing although it happily perches atop the short rod on the base.  Stock code M24215A-90. 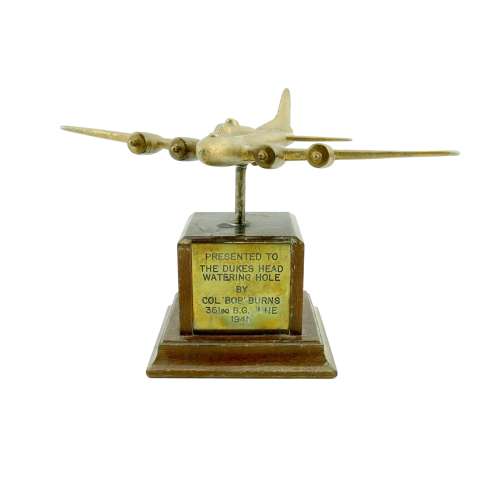 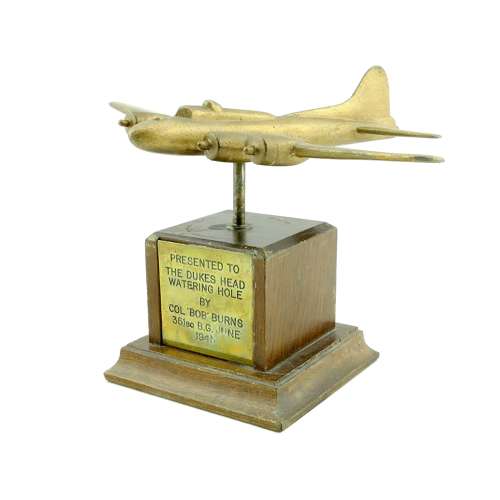 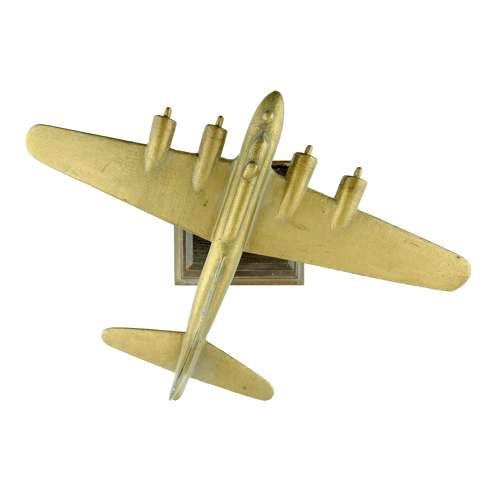 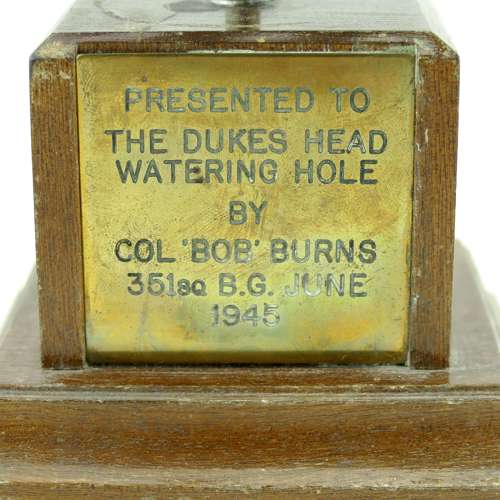