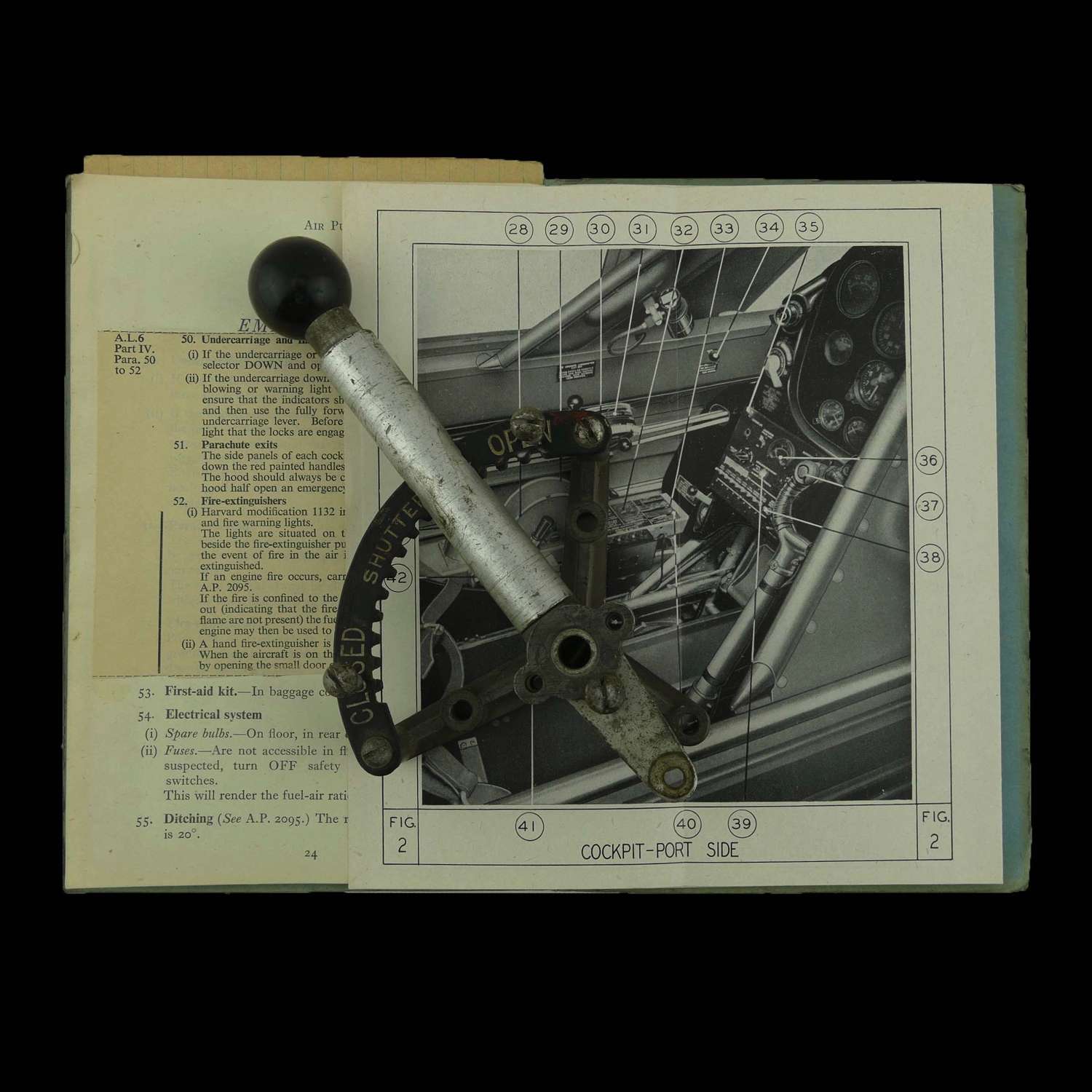 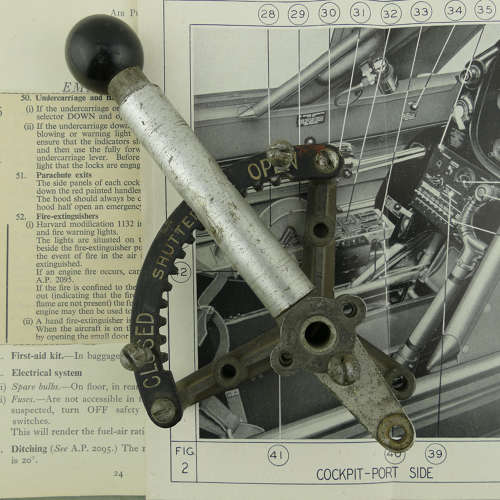 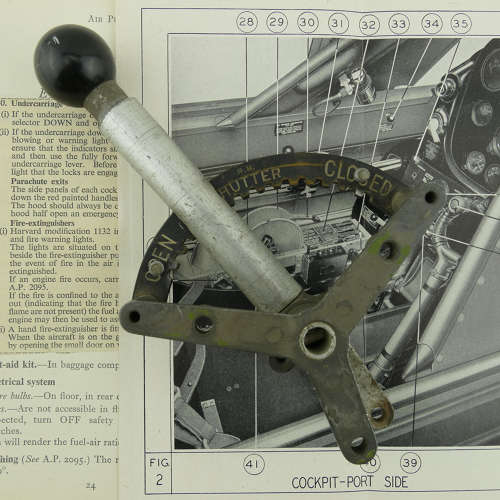 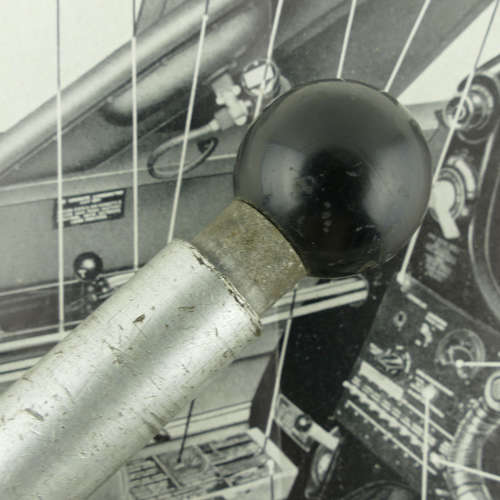 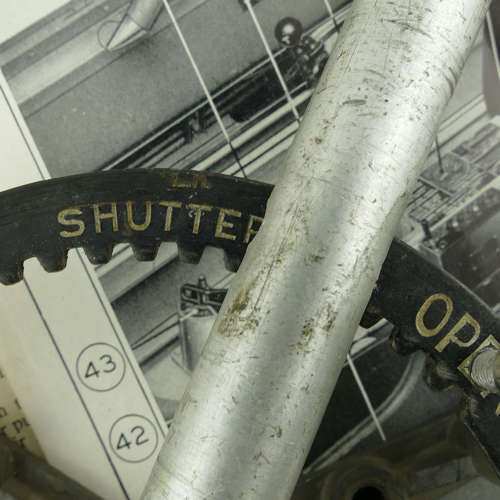 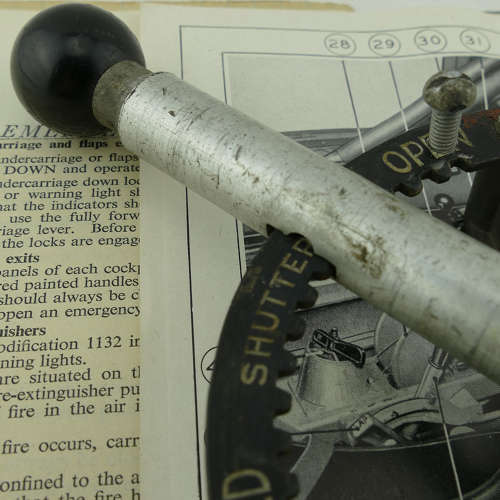 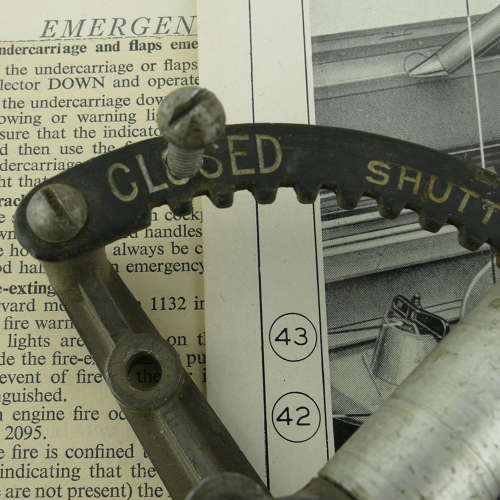 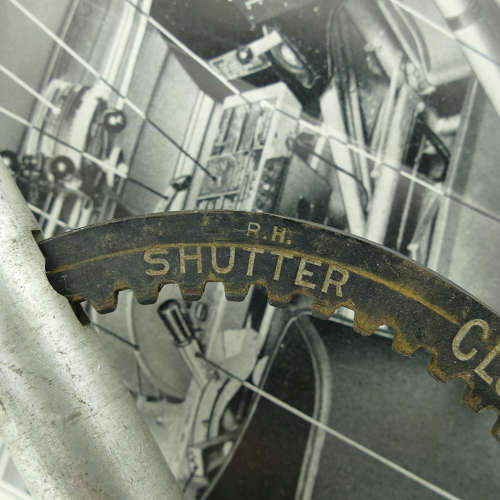 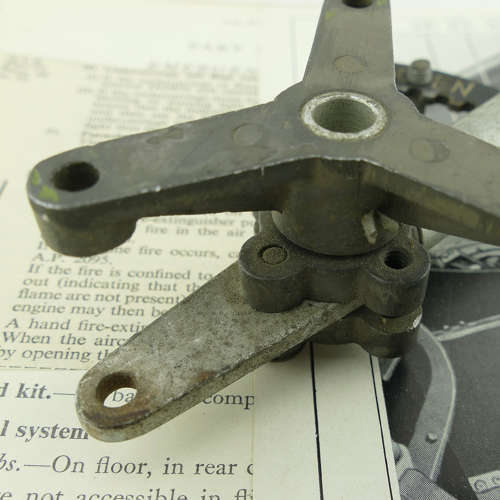 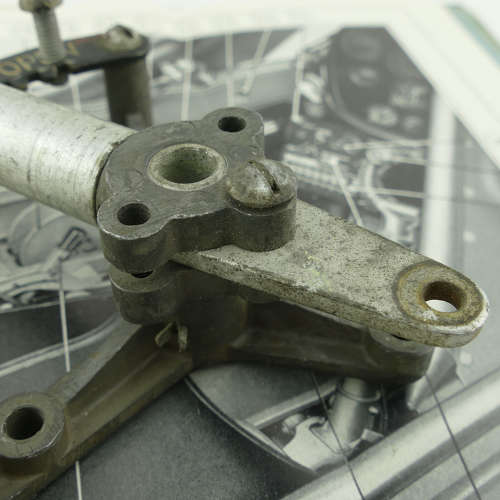 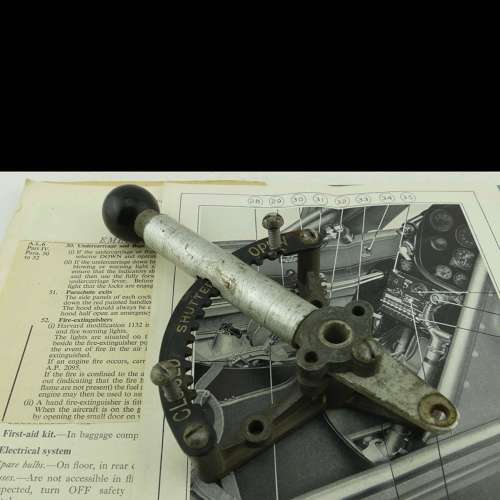 White metal and alloy control lever for the control of cabin heat and engine oil temperature on the Candian Noorduyn Norseman C-64.  Until 1940 production was very low but with the outbreak of WW2, demand for a utility transport aircraft lead to major military orders. The RCAF and the USAAF became the two largest operators and included the C-64 in the Commonwealth Air Training Plan.  It gained greater recognition and notoriety on December 15th 1944, when the UC-64A Norseman (44-70285) flown by Flying Officer John R. S. Morgan, carrying AAF band leader Major Glenn Miller as a passenger, disappeared without trace over the English Channel. Theories for the crash suggest icing up of the engine carburetor or that the aircraft was struck by bombs jettisoned from RAF Lancasters after an aborted raid.  Similar levers are also believed to have been used for the control of engine cowl flaps on various other aircraft including the North American T-6 Texan (British Harvard) and North American 64 'Yale' (fixed undercarriage version of the T-6/Harvard), both advanced trainers.  Also the Curtiss P-40 'Warhawk'  fighter and ground-attack aircraft.  When the ball top on the tubular alloy lever is depressed it disengages the lever such that it could be moved in order to adjust the engine flaps.  Releasing the ball top locks the lever in the desired position.  Maximum dimensions are approximately 17 x 10 x 4cm.  No markings.  Very good used condition.  Stock code M25447.