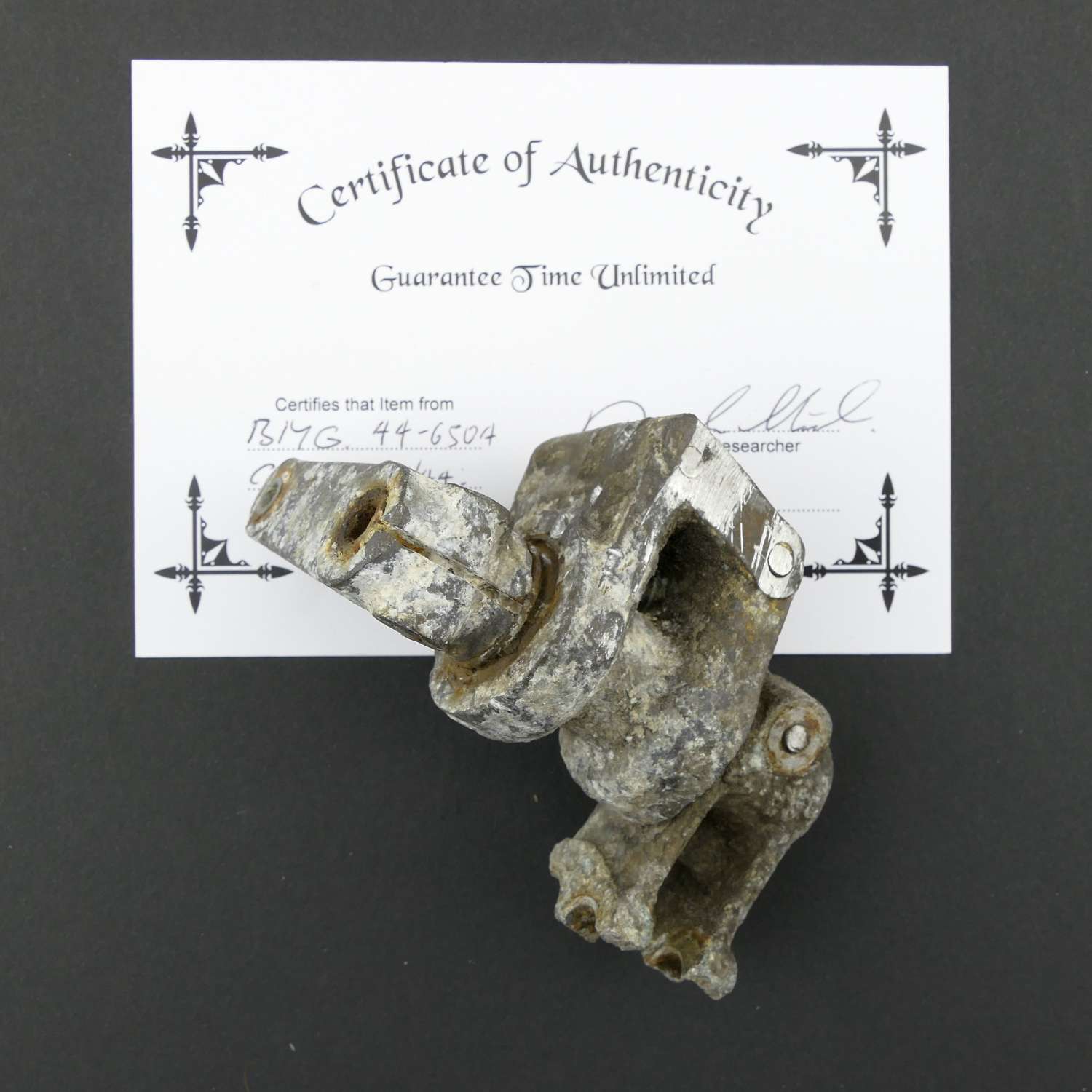 Small section of wreckage from B-17G Flying Fortress, 44-6504 of the 360th bombardment squadron, 303rd bombardment group, 8th AAF that crashed into Braydon Crag on the Cheviot hills near Wooler on 16th December1944.  The aircraft was returning to base at Molesworth from an aborted combat mission to bomb the marshalling yards at Ulm in Germany.  Two members of the crew died in the impact but amazingly the remaining airmen were located by a Border Collie sheepdog, named Sheila who alerted and guided owner, Shepherd John Dagg and his neighbour Frank Moscrop, to the crash site where the crewmen were rescued. Both shepherds were awarded the British Empire medal for their endeavours and the collie dog Sheila, the prestigious Dickin Medal, commonly referred to as the 'Animal Victoria Cross'. The wreckage componant, approximately 10 x 7 x 7cm,  is believed to be a section of engine cowling gill and is marked 'Boeing' and has part numbers as shown.  Originally collected by an 'aviation archeologist' who also supplied the certificate of authenticity.  Stock code `M24215A-89. 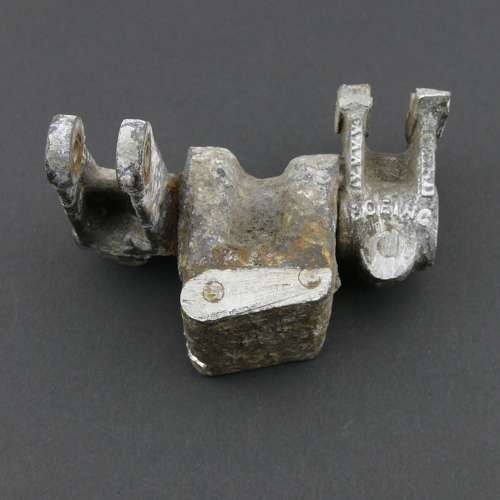 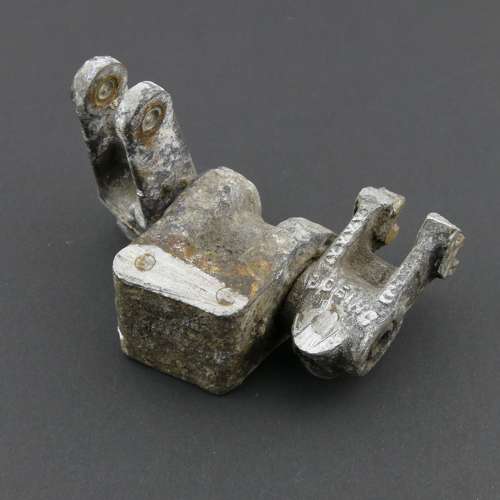 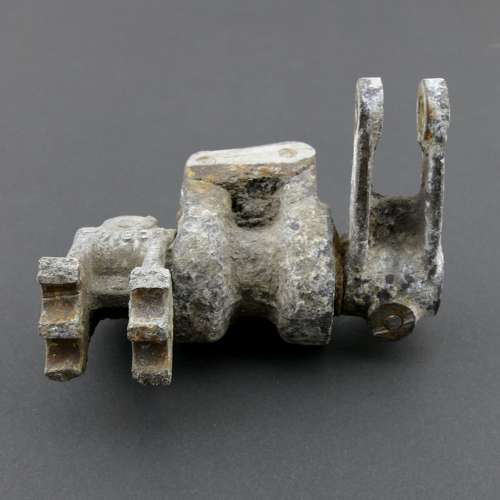 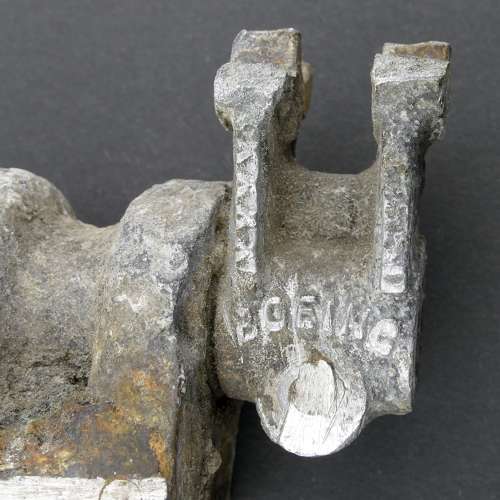 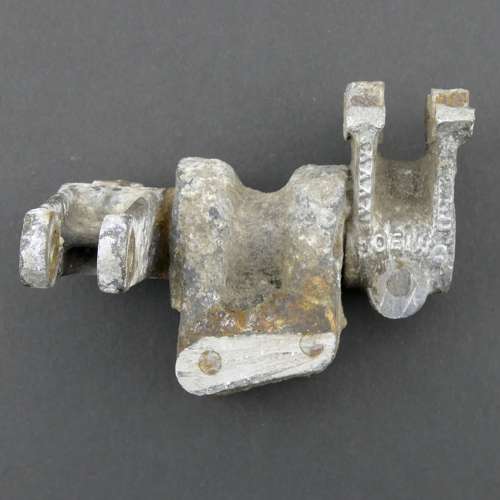 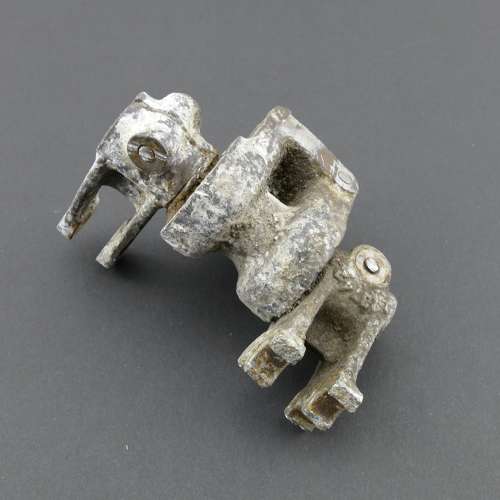