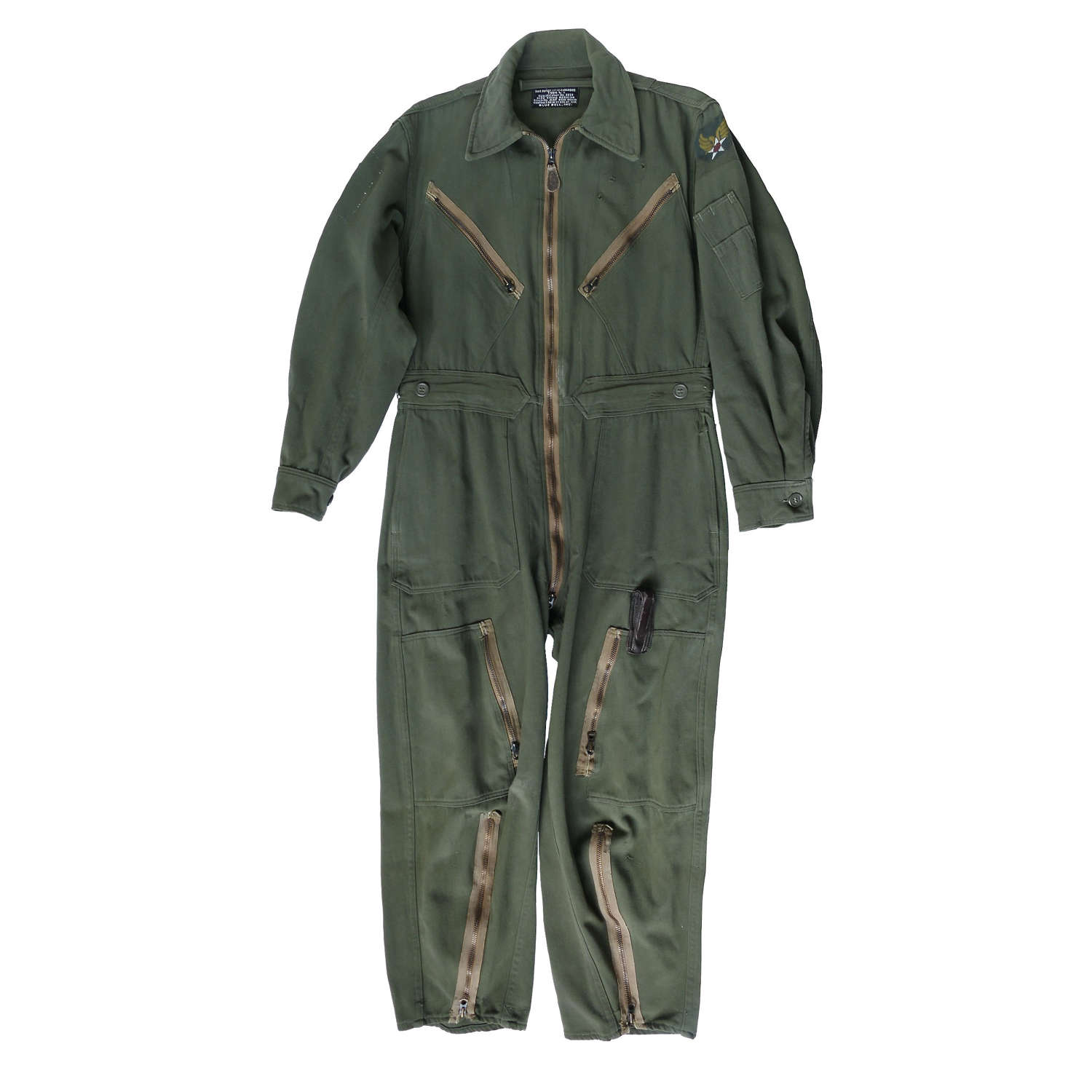 Size Small Regular by Blue Bell Inc. The L-1 was standardised in November 1944. It was similar in appearance to the earlier AN-S-31, a one-piece olive drab gabardine suit with two-way zipped front. It had a pleated back which allowed greater freedom of movement and also featured zips at the leg ends to aid donning of the suit. In addition it had angled zipped breast pockets and zipped pockets to the thighs and lower legs. A pen pocket was fitted to the left upper arm and the cuffs had button adjustment. The suit presents well but does have some small holes and is peppered with small frayed sections that would benefit from darning. All original 'Talon' zips are in good working order. Faded AAF winged star printed directly to the left shoulder.  Evidence of some badges/insignia having been removed/unstitched.  It also has an unusual leather pouch/sprung 'flap' on the left leg, possibly to contain a knife.  One of the less commonly found AAF flying suits. Stock code S24670. 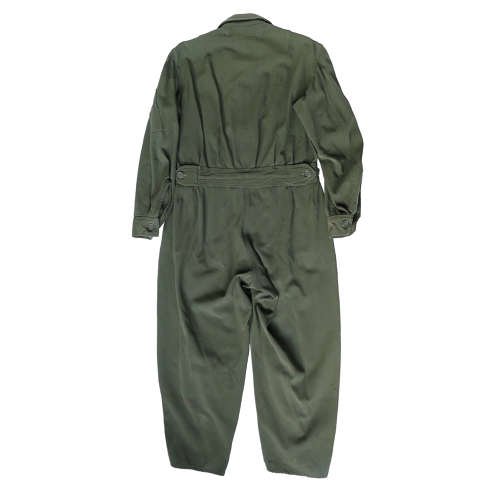 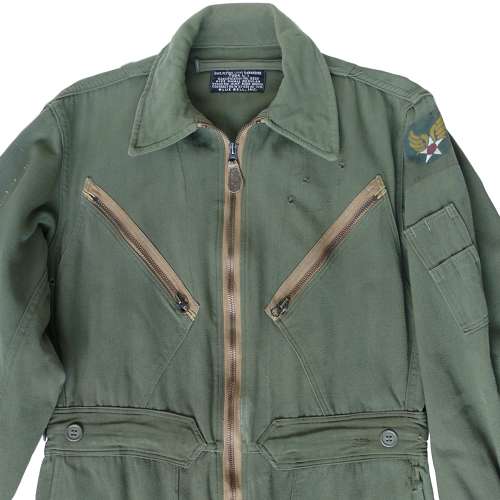 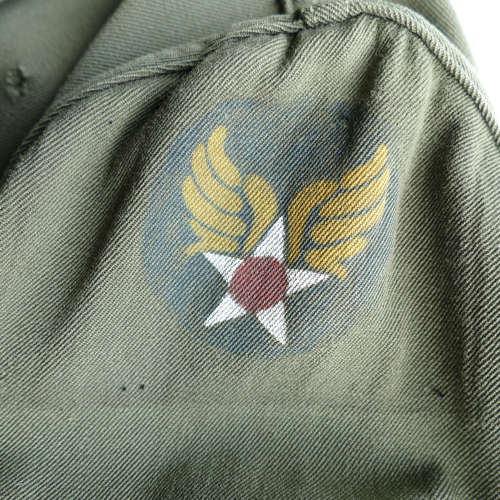 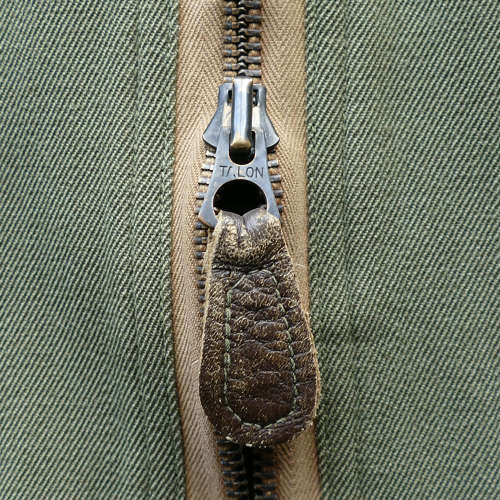 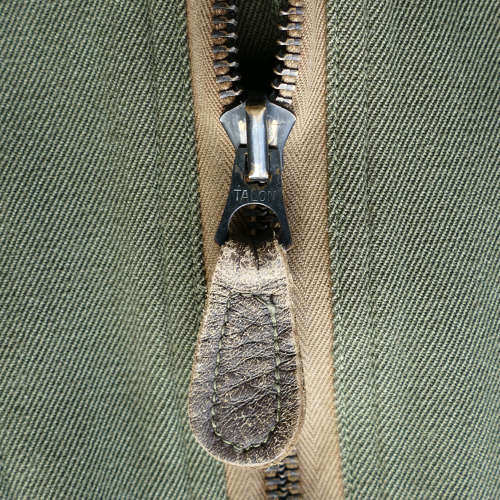 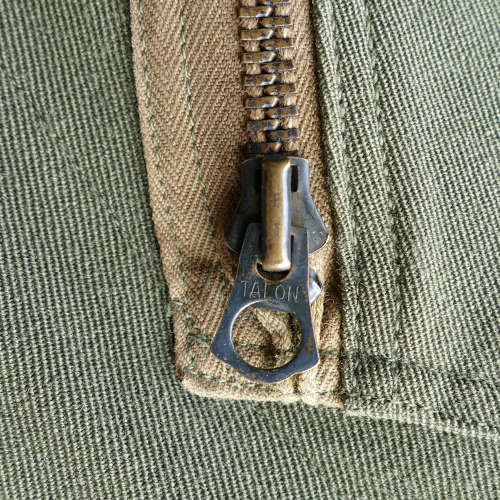 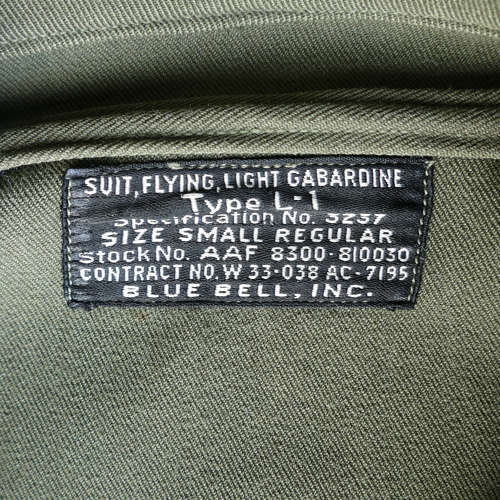 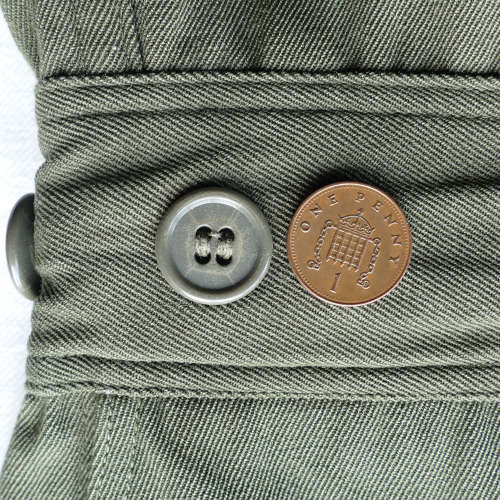 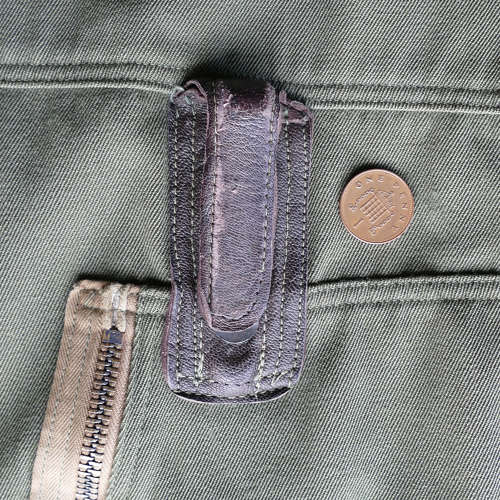 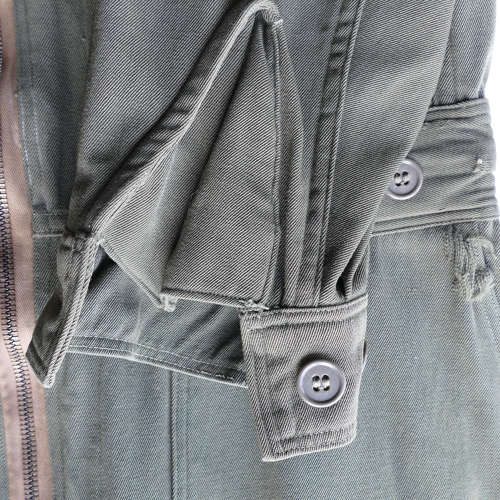 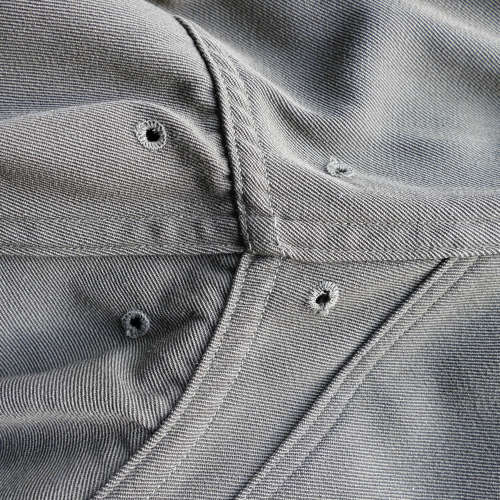 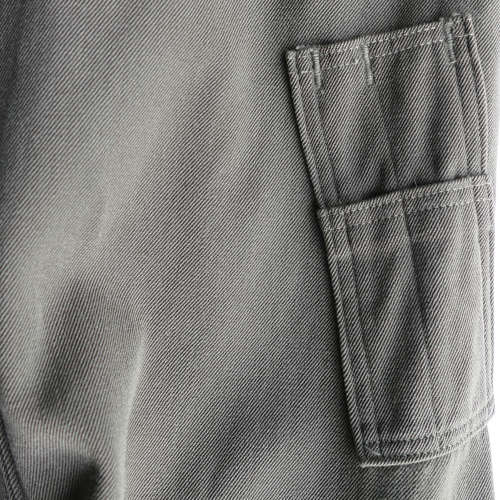 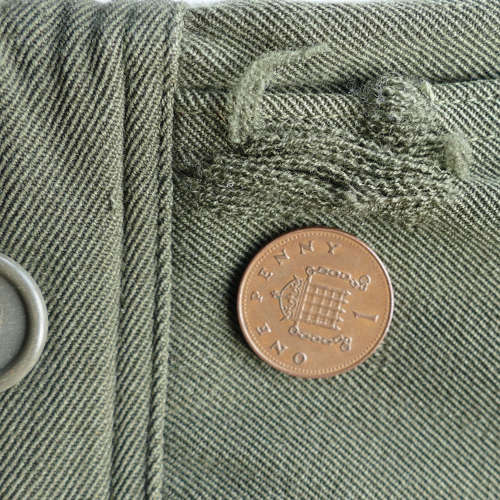 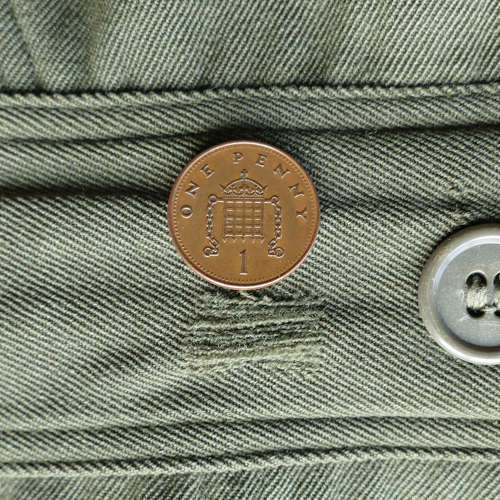 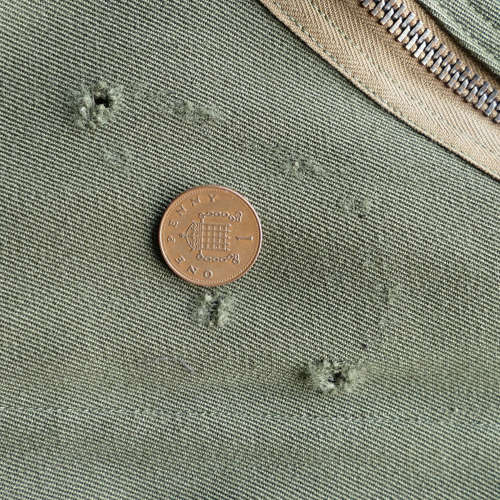 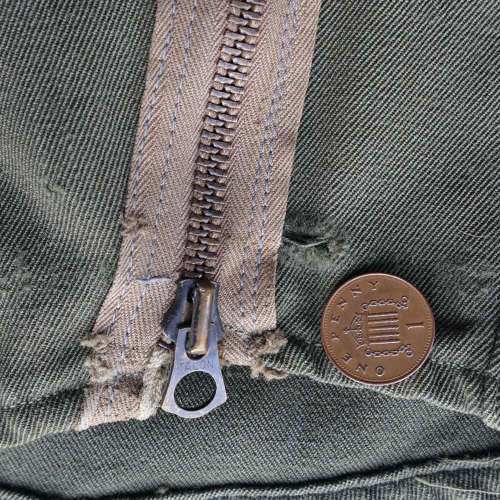 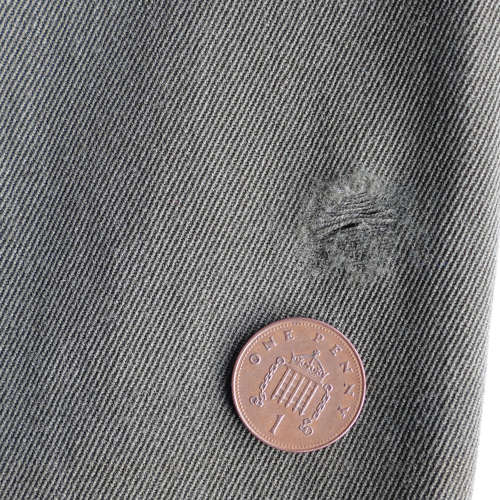 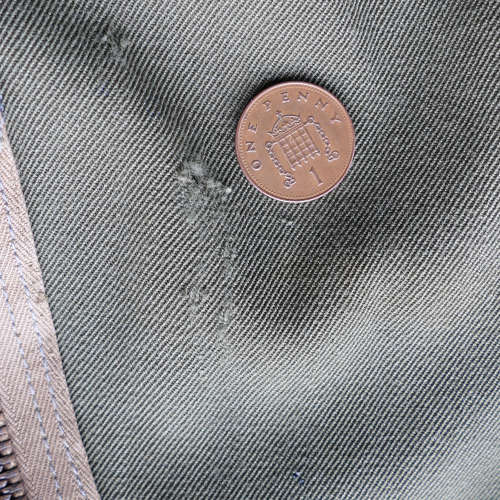