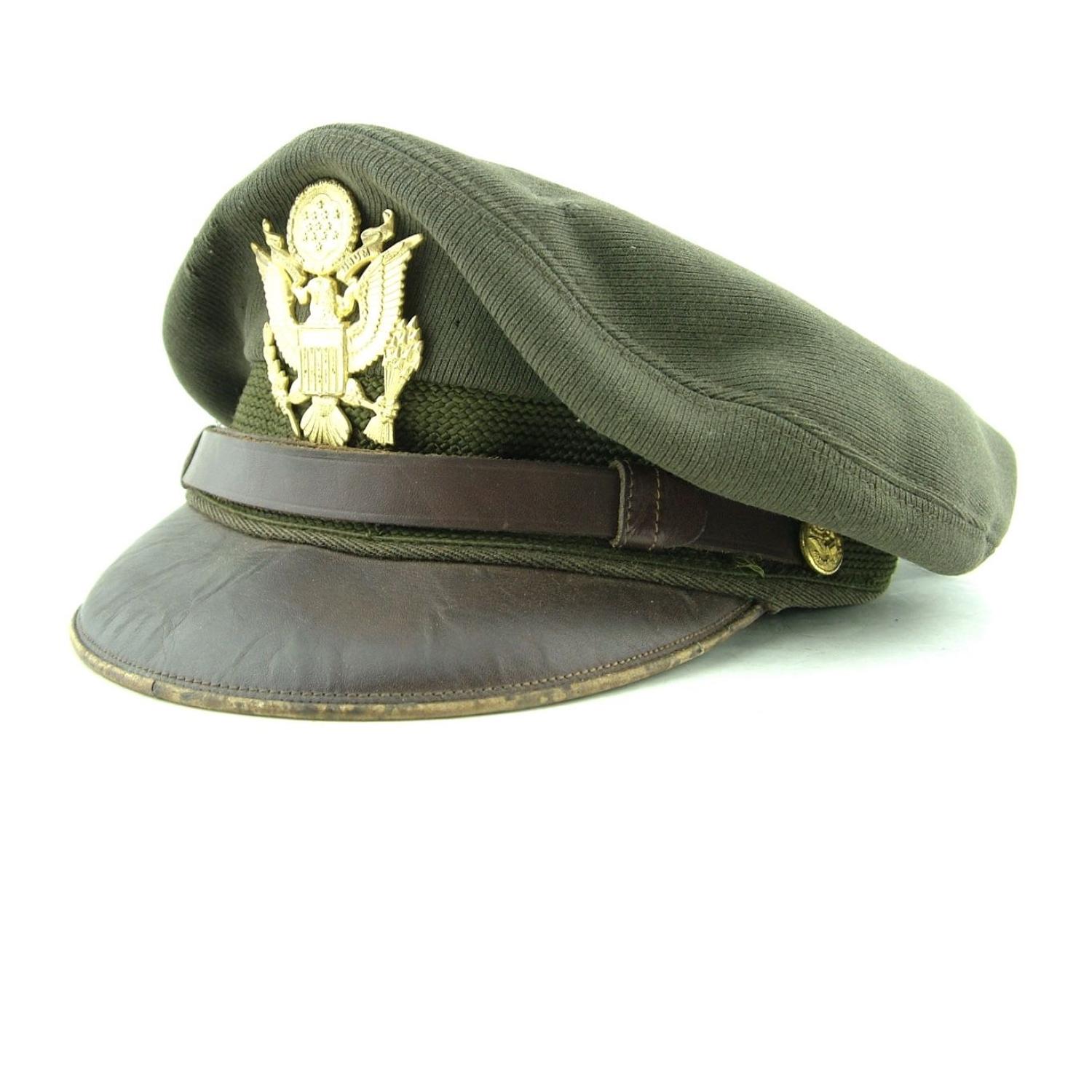 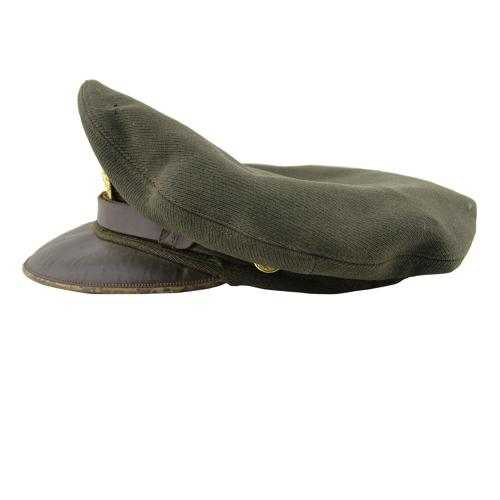 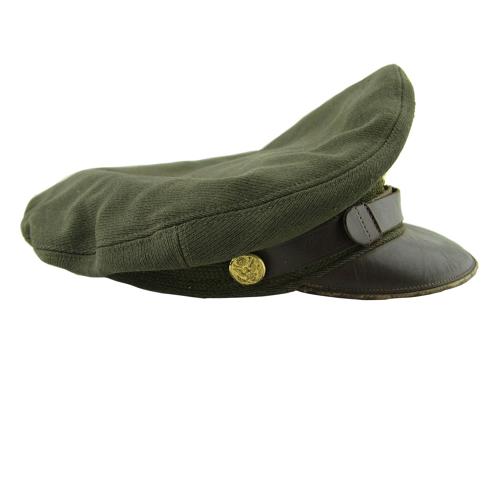 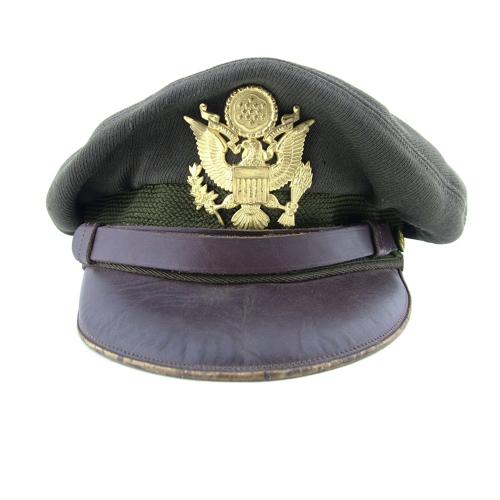 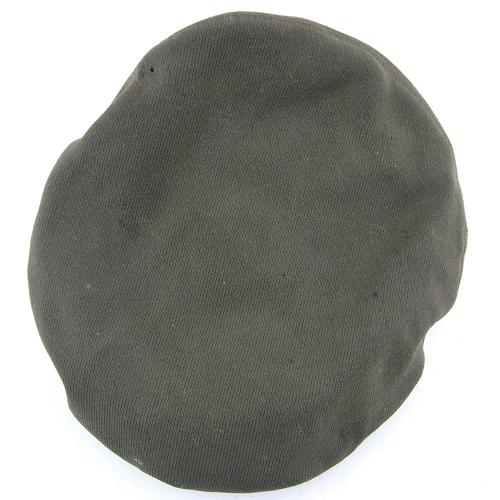 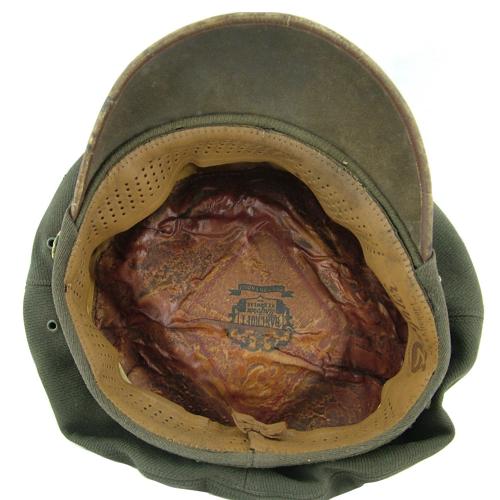 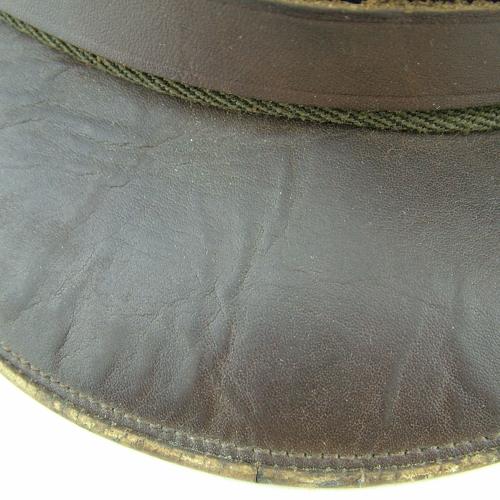 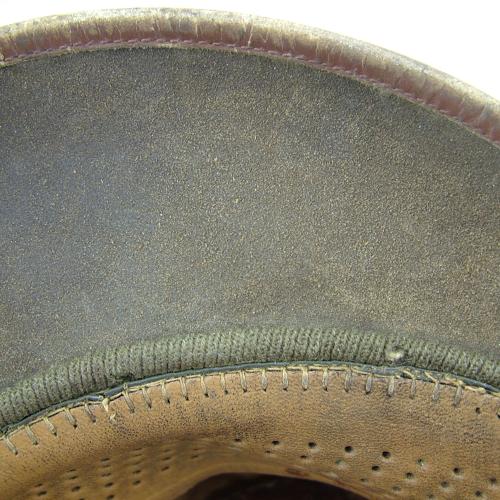 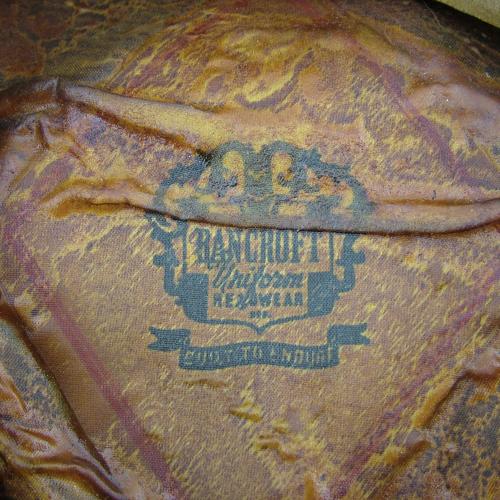 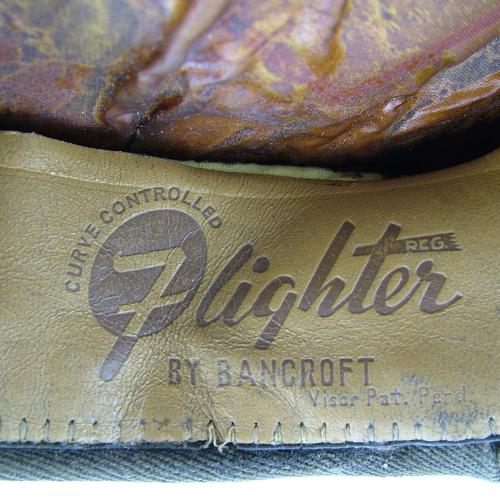 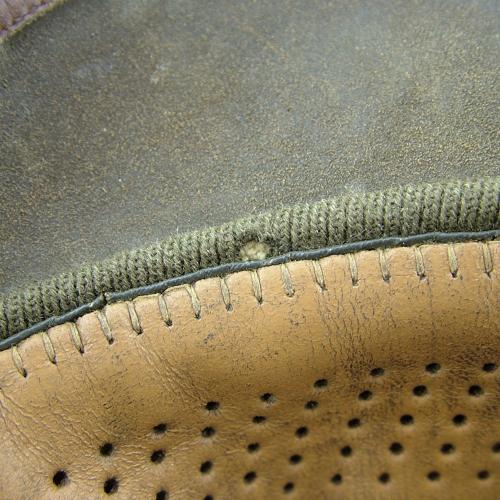 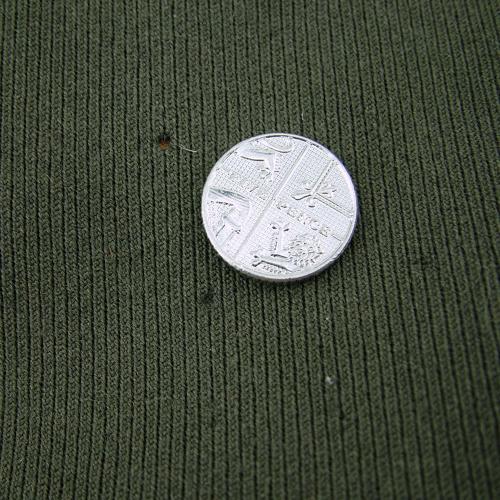 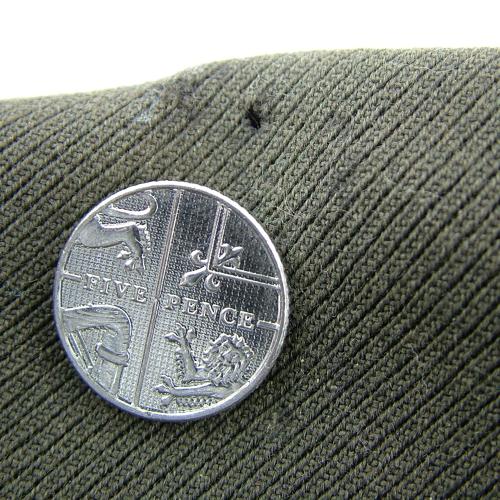 Not sized but very small and believed to be approximately  63/8 (measures about 52.5cm).  Chocolate olive drab wool/gabardine with a dark yellow satin lining.  Dark tan leather bill/visor and front strap.  The cap is a little mishaped but is simply re-formed when placed on a display head.  The material is quite clean but there are a few small moth holes on the crown, where the visor meets the inner leather band and a few at the front - see photographs.  The strap is good and the soft visor/peak is in nice flexible condition with a fairly clean underside.  Bancroft 'Flighter' markings to the inner leather band.  No patent numbers marked, indicating this to be of definite WW2 manufacture.  The greasepaper liner remains in place and the Bancroft logo can been seen on the satin beneath.  Good badge.  This is a true 'crusher' cap with a single thickness of leather on the peak making it very flexible.  Bancroft 'Flighters' are generally acknowledged as the cream of AAF caps.  A  good '+' used example.  Stock code U22898.