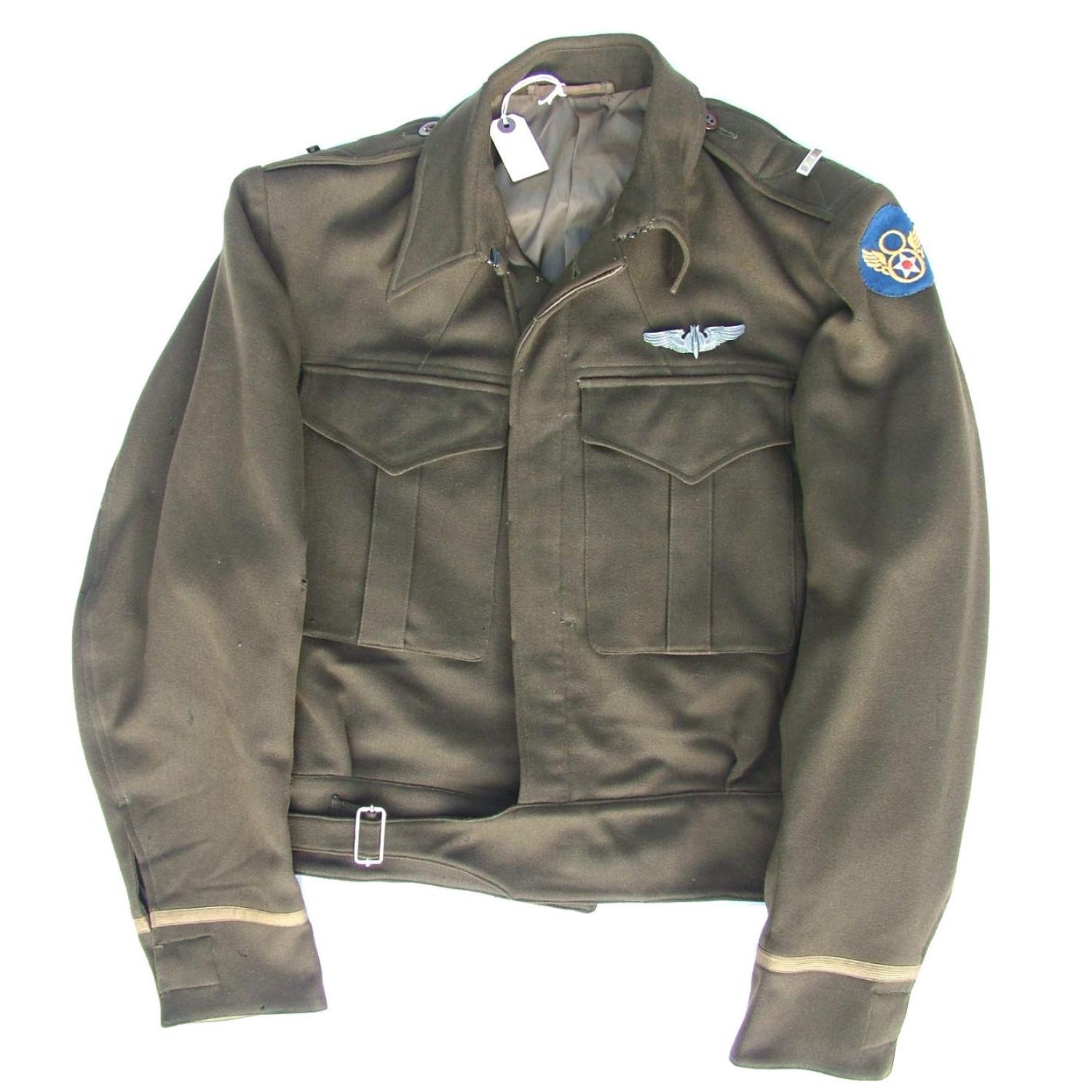 By Hector Powe of London. A privately made dark chocolate wool flannel jacket with matching rayon lining. Tailored in England to look similar to the British War Service Dress jacket. This is not a standard 'Ike' jacket, nor a cut-down / tailored four-pocket tunic. It differs from the 'Ike' in buttoning right up to the neck and having no lapels as such. This one is fitted with maker matched pin-backed 1st Lieutenenant rank bars, pin backed 2-piece construction bombardier wing and a superb English made stubby winged embroidered felt 8th AAF shoulder patch.  The manufacturer's label is named to the original owner 'F. F. Resabek' and is dated 1/10/1943.  Further research reveals a Francis F Rezabek who was based at Great Saling, East Sussex with 452nd Bomber Squadron, 322nd Bomb Group. His B-26B Martin Marauder aircraft was shot down during a raid on St. Omer, France on 23rd November 1943. This appears to be the same man though is a slight discrepancy over the spelling of the name (ReSabek, ReZabek).  The entire crew were killed in action. The overall appearance is excellent and the jacket remains clean with good strong colour.  There is a little moth damage with a small hole at the base of the right pocket (as worn) and a few on each sleeve but these do not really detract from what is is lovely and very rare jacket from a prestigious English tailor.  Stock code U17430. 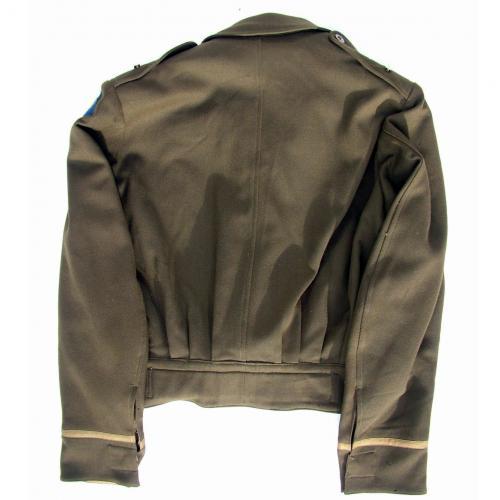 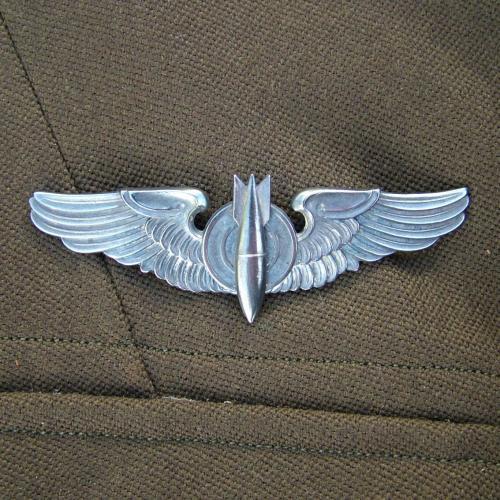 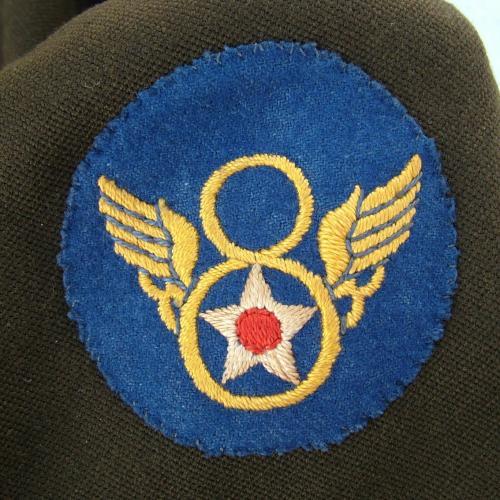 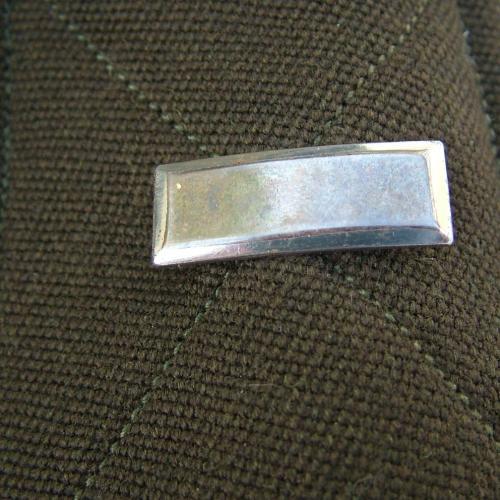 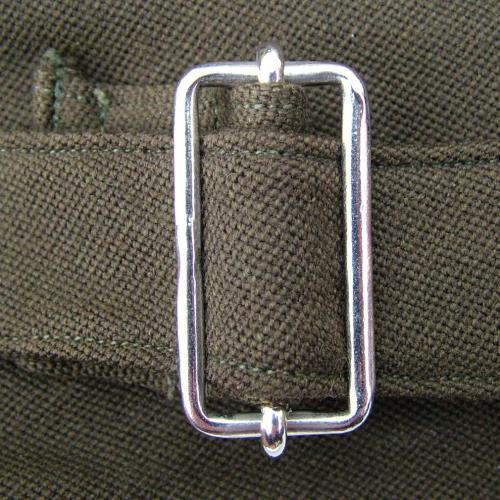 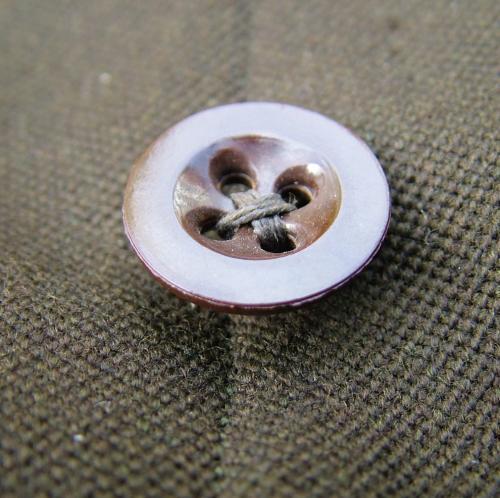 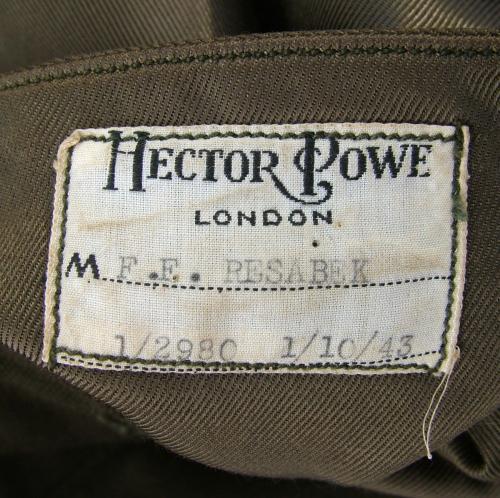 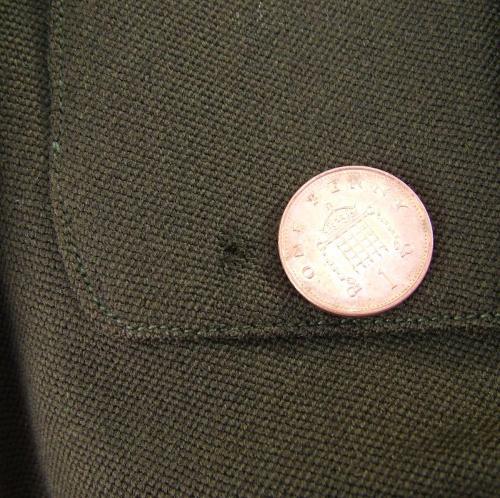 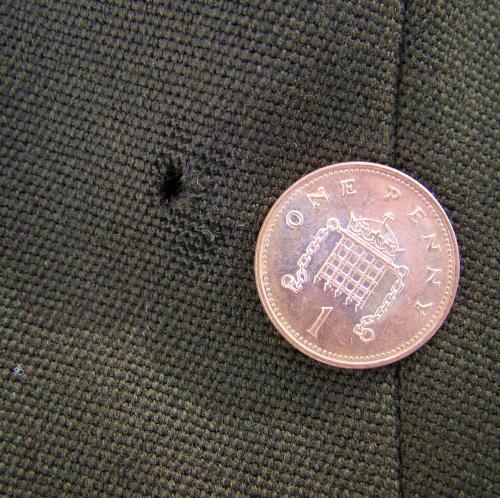 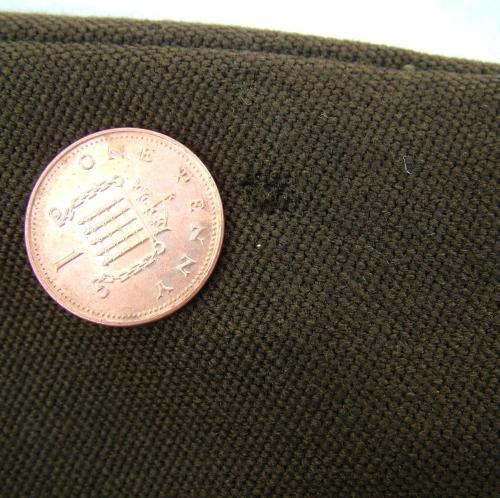 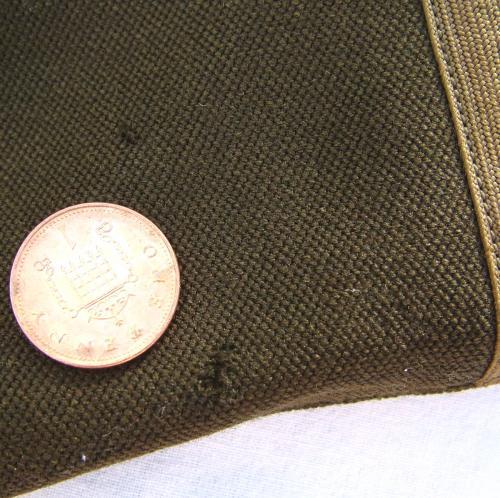 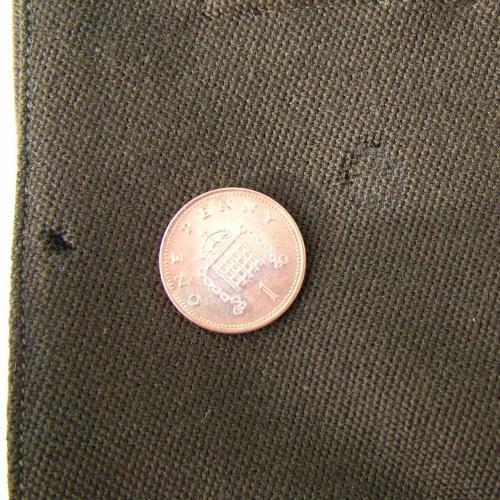