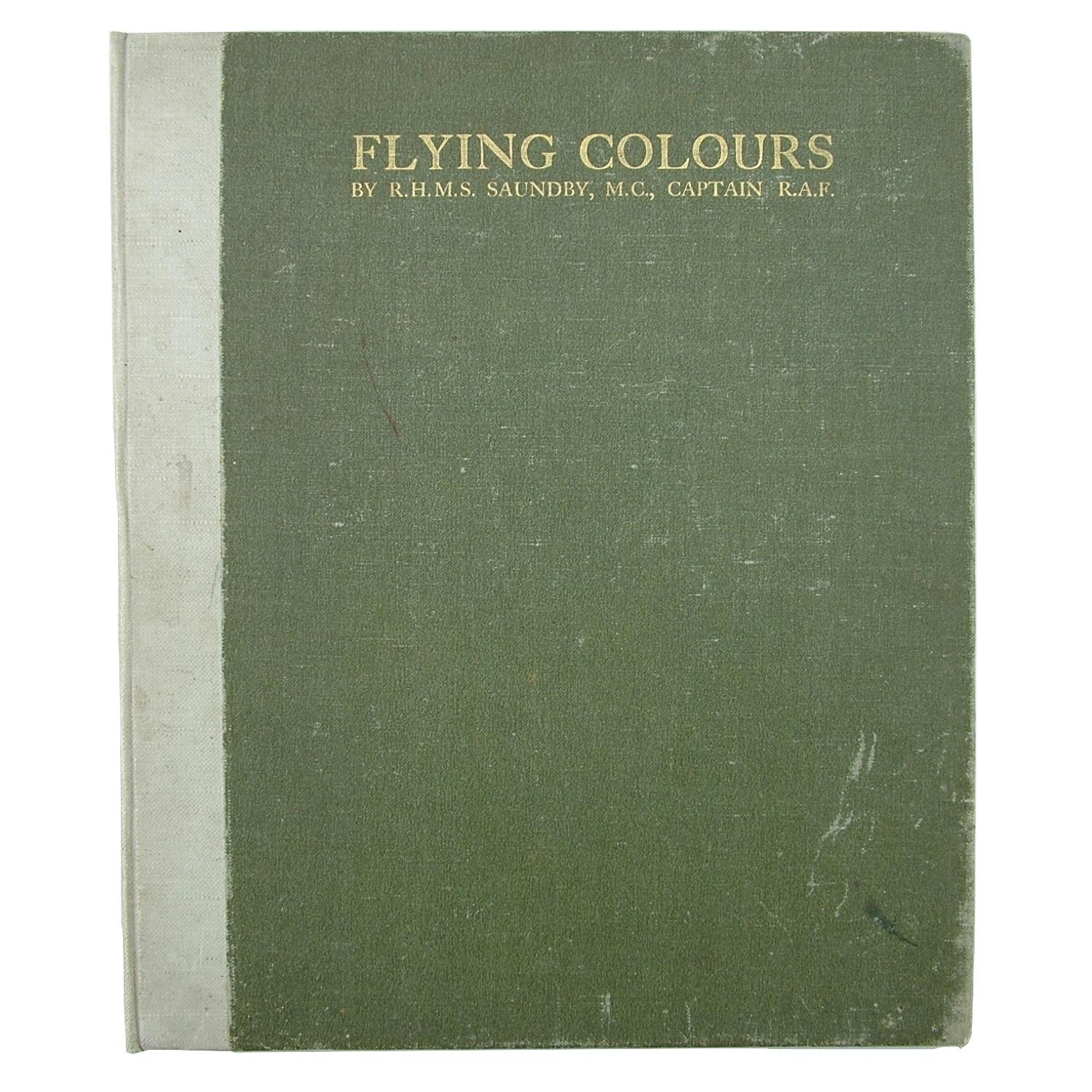 'Flying Colours by R.H.M.S. Saundby, M.C., Captain, R.A.F.' with a prefaratory note by Major-General E.B. Ashmore C.B., C.M.G., M.V.O.   commanding London Air Defences.  H/B, 28.5 x 34cm.  Approximately 44p. 1st edition (limited), February 1918.  Printed by Sanders Phillips & Company Ltd. for the "Aeroplane' & General Publishing Co. Ltd.   Limited edition No. 100 of 250, crown folio printed on antique paper (simultaneously a larger print run of 1,000 was printed on art paper).  This book contains copies of watercolours by the author who flew with the Royal Flying Corps during the Somme offensive of 1916 under the leadership of the late Major Lanoe Hawker V.C.  Saundby has attempted to capture the life, from an airmans' point of view, of the work of the RFC between July 1916 & June 1917.   Green board covers with pale green/cream spine.  Titled in gilt lettering.  Some general rubbing to covers and edges but the binding remains tight. There is some yellowing and foxing of the inner pages but no serious issues.  All 20 colour plates are present though some have creasing.  This edition is  dedicated on the inner frontispiece 'To Major Frost from RHMS Saundby'.   The Major Frost in question was George Walter Frost who flew with 55 Squadron R.F.C. in DH4 aircraft.  Accompanying letters (recent) detail his service from commission as a Lieutenant in the Sherwood Foresters in 1915 to his commission into the newly formed RAF in May 1918.  An unusual, rare and extraordinary record of flying during one year of the Great War.  Stock code P22783-47. 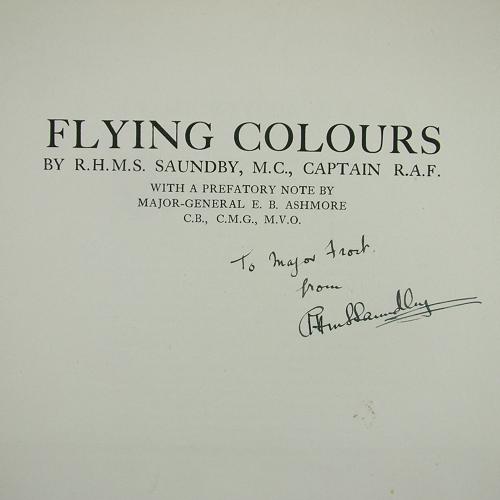 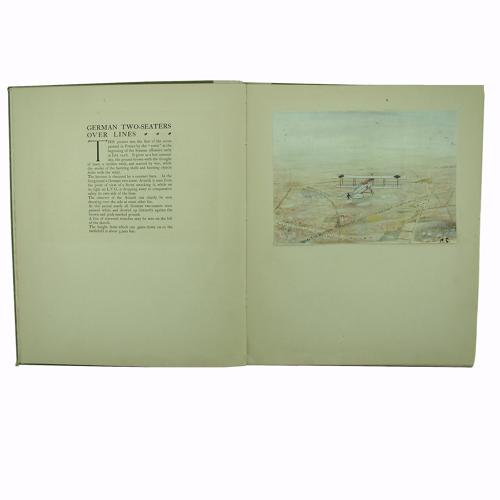 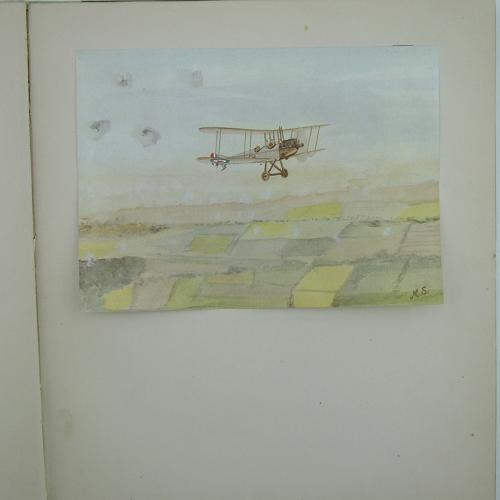 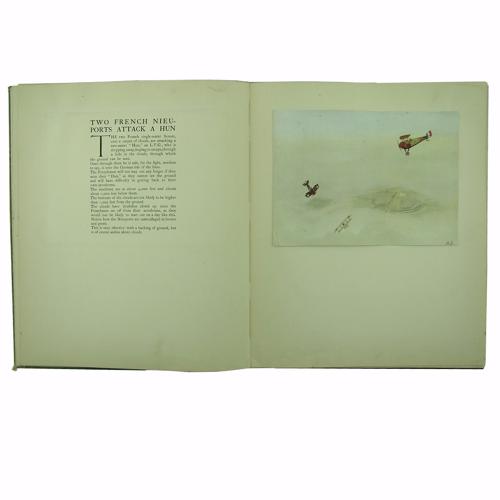 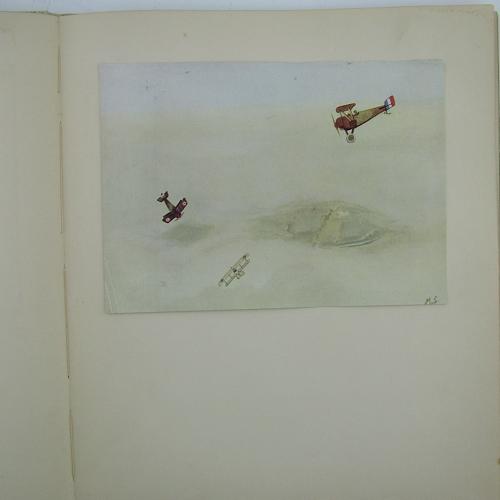 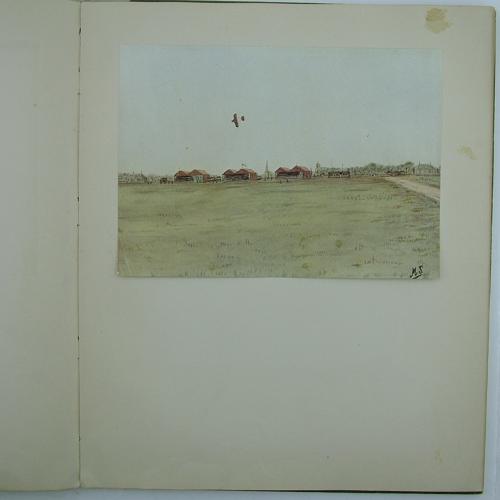 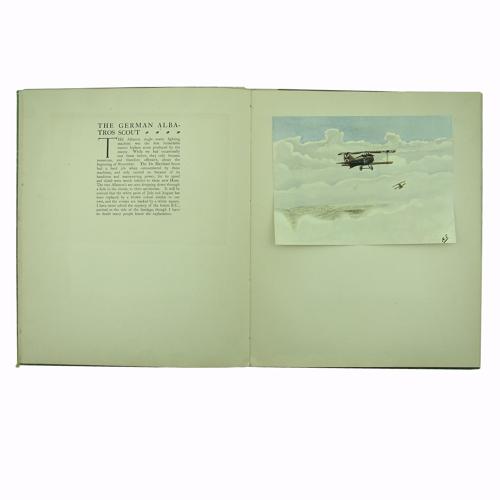 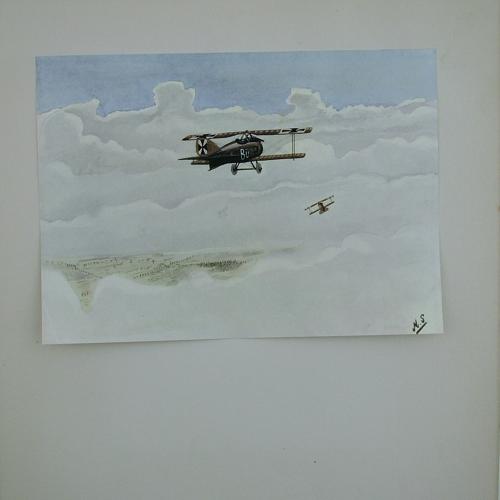 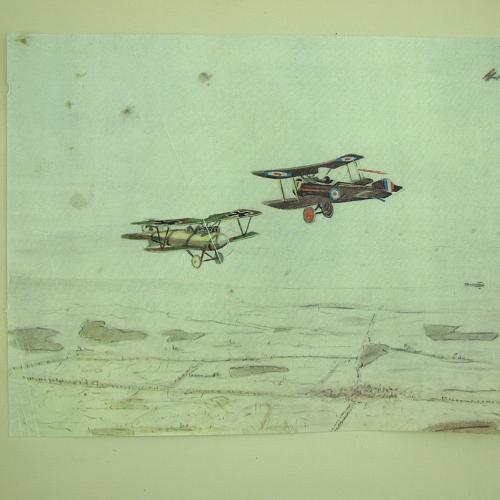 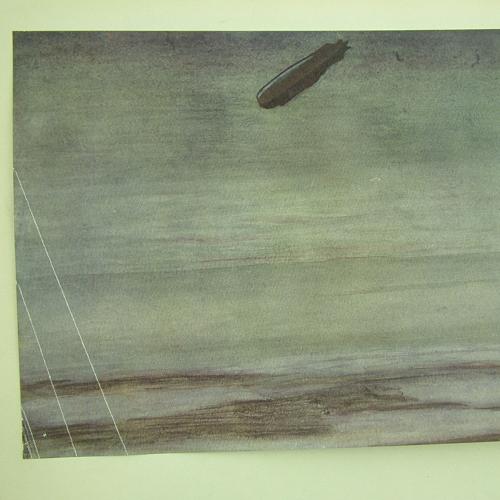 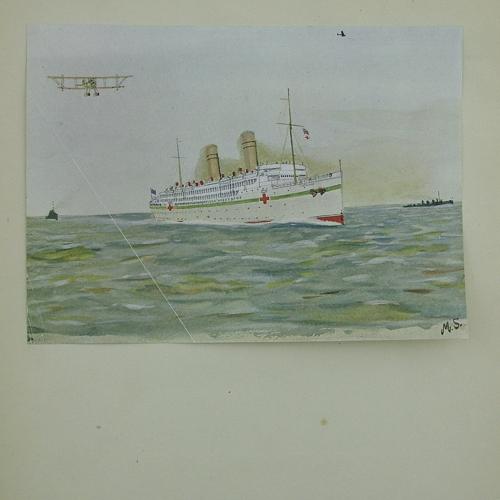 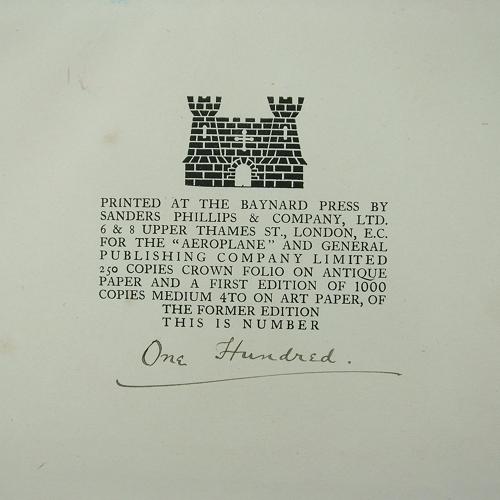