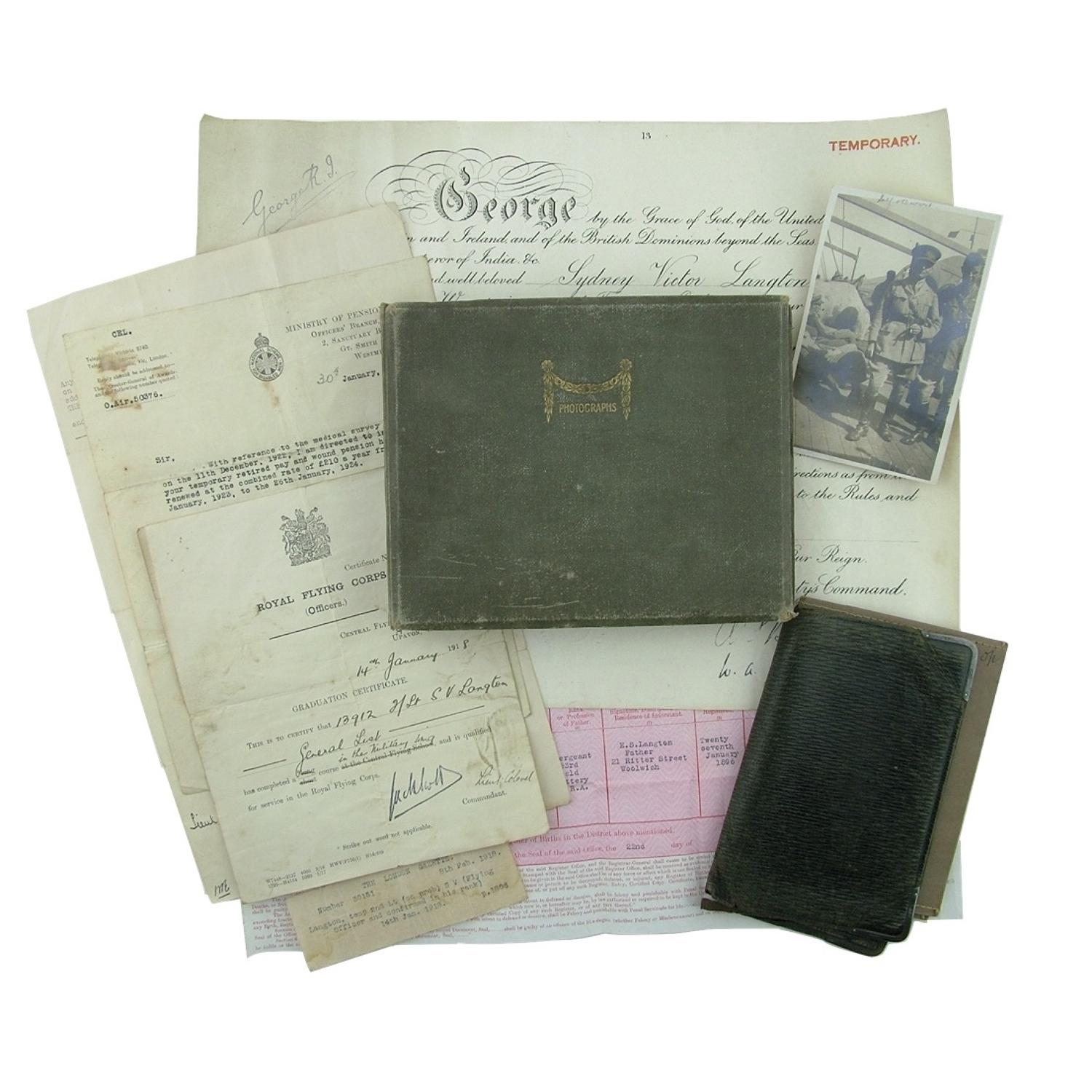 Photograph album and ephemera relating to Flight Lieutenant Sydney Victor Langton of the  Royal Flying Corps.  It includes a copy of his birth certificate (b. 31 December 1895) and his RFC (officers) graduation certificate for completing a course in the military wing, qualifying for service in the RFC, dated 14th January 1918.  A worn leather wallet contains a postcard sized photograph of him in service dress uniform and a slip regarding an entry in the London Gazette detailing his rank of temporary 2nd Lieutenant (on probation) c. 14th January 1918.  The photograph album is hardbacked, measures approximately 20 x 16cm and has 24 pages of small (6 x 4cm ) images (total of 96).  These show  officers, including Langton, in uniform outside Jesus college Oxford.  Others include a B.E. 2E and a crash at Upavon, various officers at Cambridge, boating on the river Cam,  night nurses, Tommies and nurses, and some family group shots.  A few of the images have been reproduced as larger prints including one of a BE 2E with a hangar in the background and transport sheds in the distance, the crash of the AVRO 471 (Nov. 2016) - captioned to rear 'both mechanic and pilot injured, machine collided with flagstaff - crash at Upavon'.  The captions are written on the back of the originals in the album.  Presumably some of the other photos are also captioned to the rear.  A good mix of service dress and Maternity type uniforms can be seen in the photographs of the officers.  The grouping also comes with Langton's original RAF commission certificate dated November 1st 1918.  Finally there are two letters to Langton from the Ministry of Pensions dated January 1923 regarding payment for an injury sustained during service in the Great War.  A very interesting group.  Stock code P22873-51. 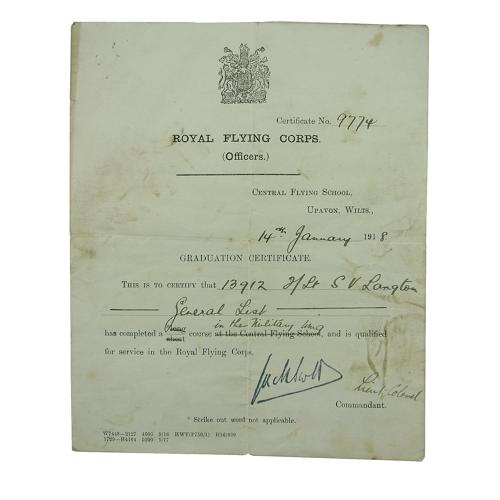 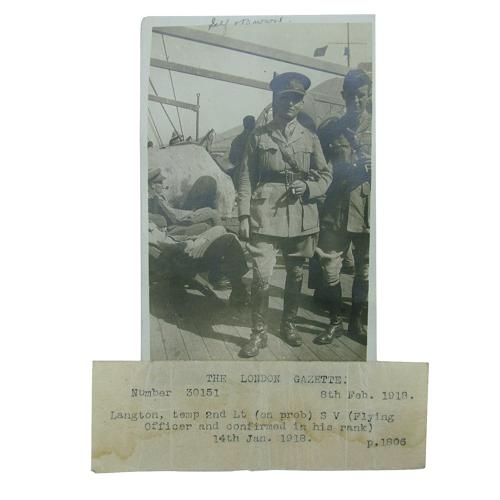 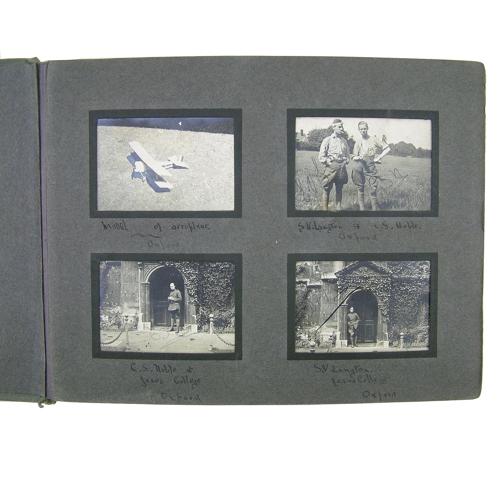 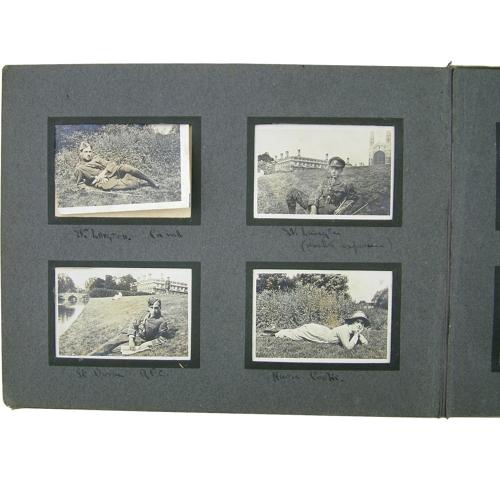 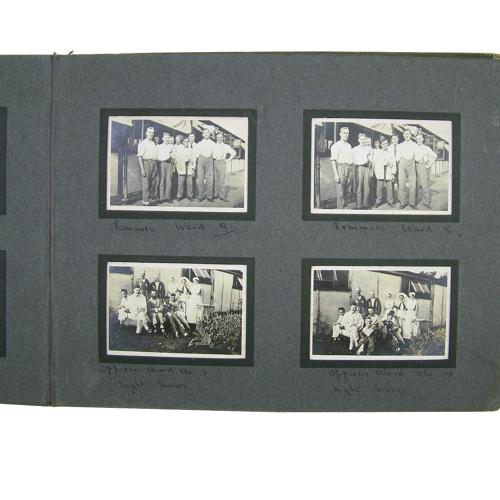 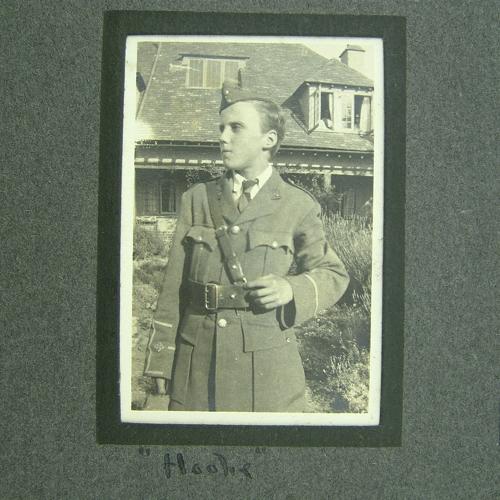 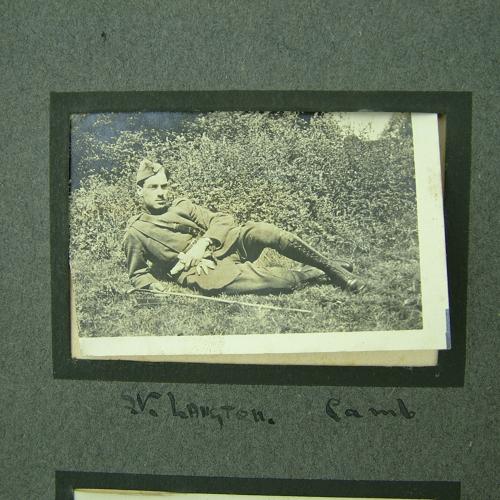 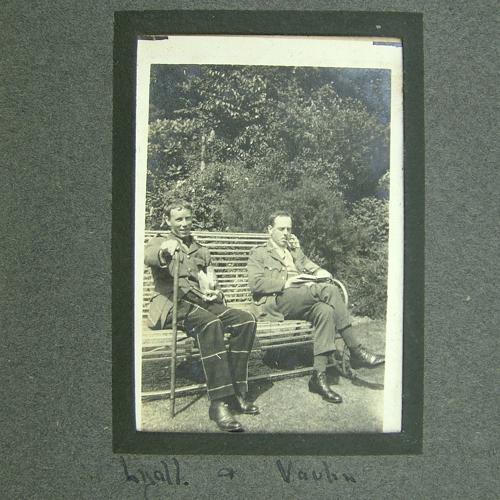 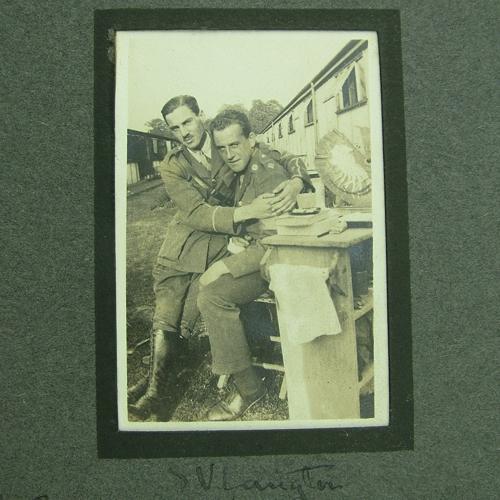 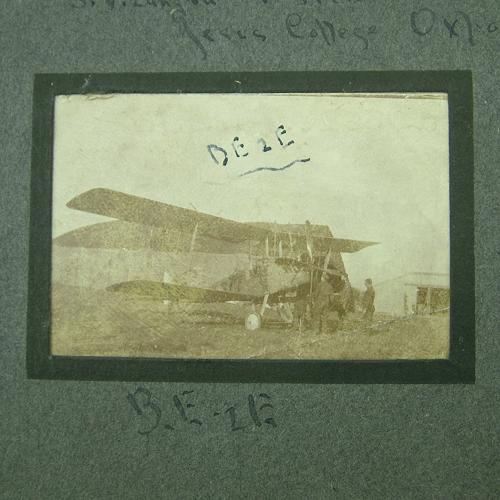 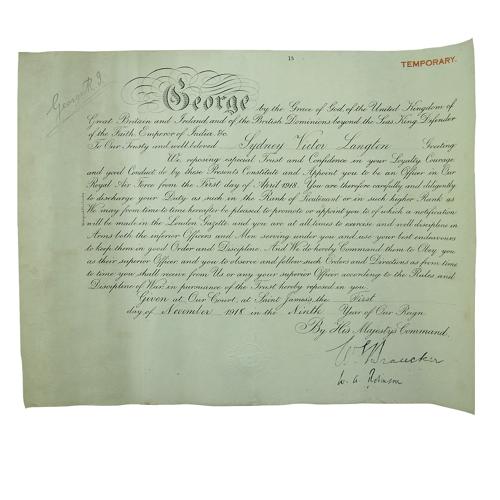 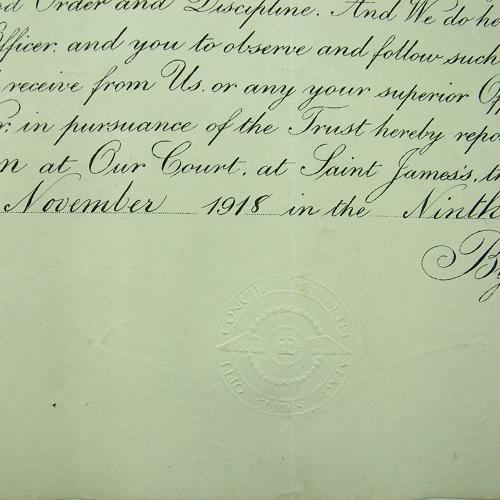