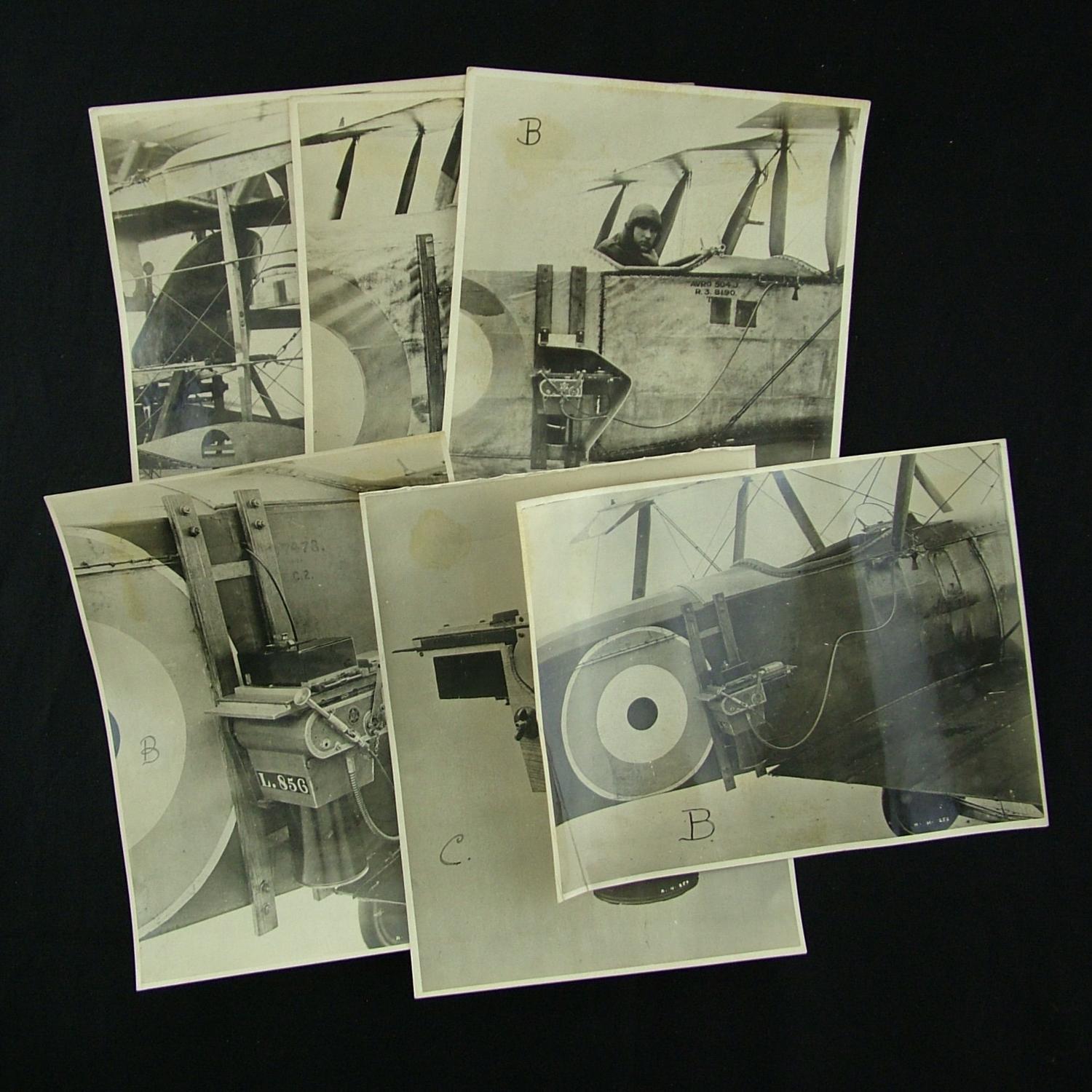 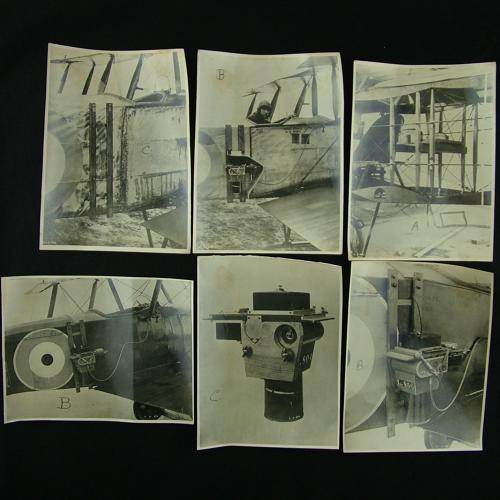 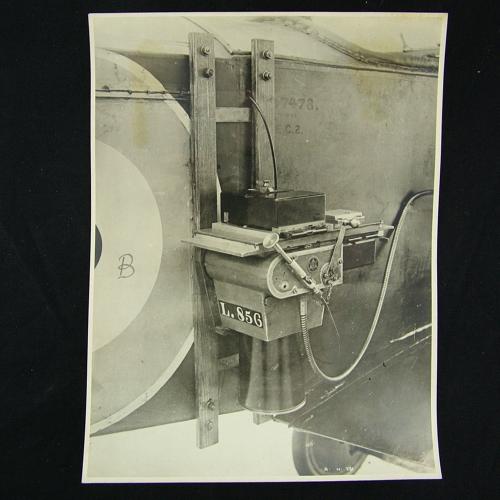 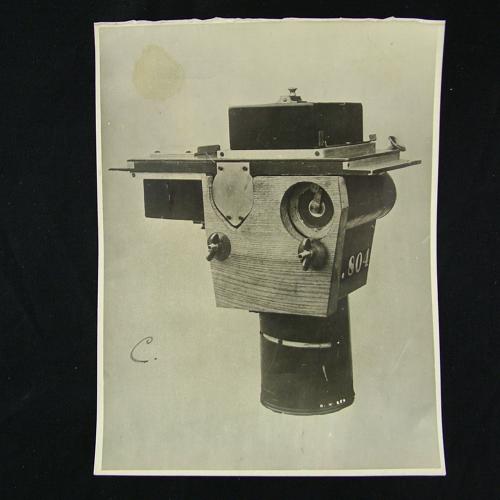 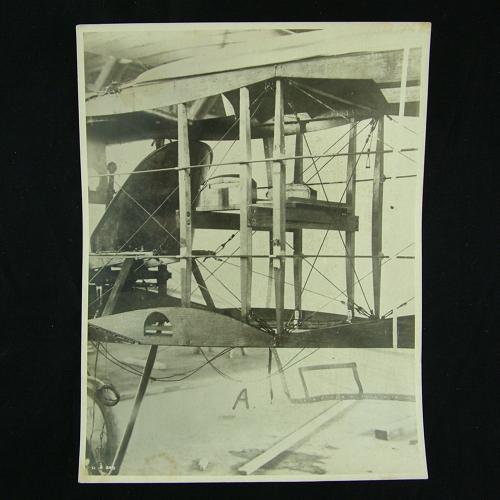 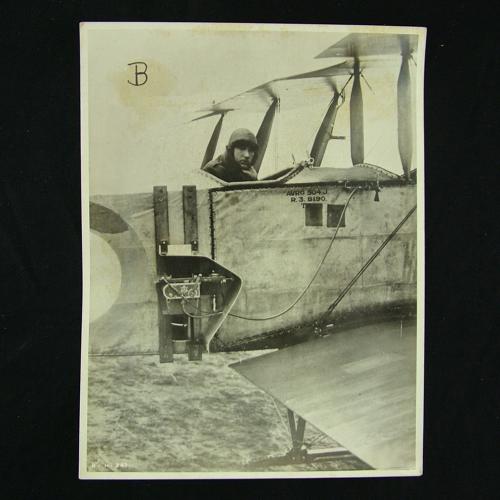 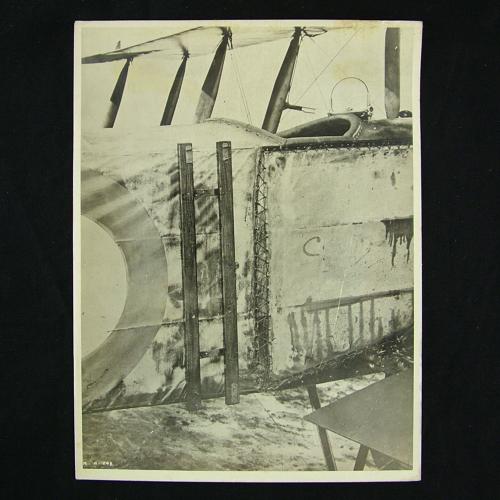 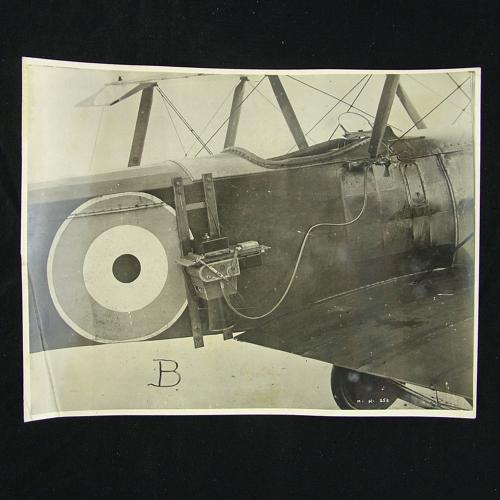 A small collection of six rare original WW1 period photographs of early aircraft cameras and aircraft mountings. They show the cameras and how they were fitted via two wooden slats, to the fuselage of such aricraft as the AVRO 504 biplane.  Each image measures approximately 16 x 21cm.  They have glue residues to the rear where removed from an album or wall display.  Stock code P15029.