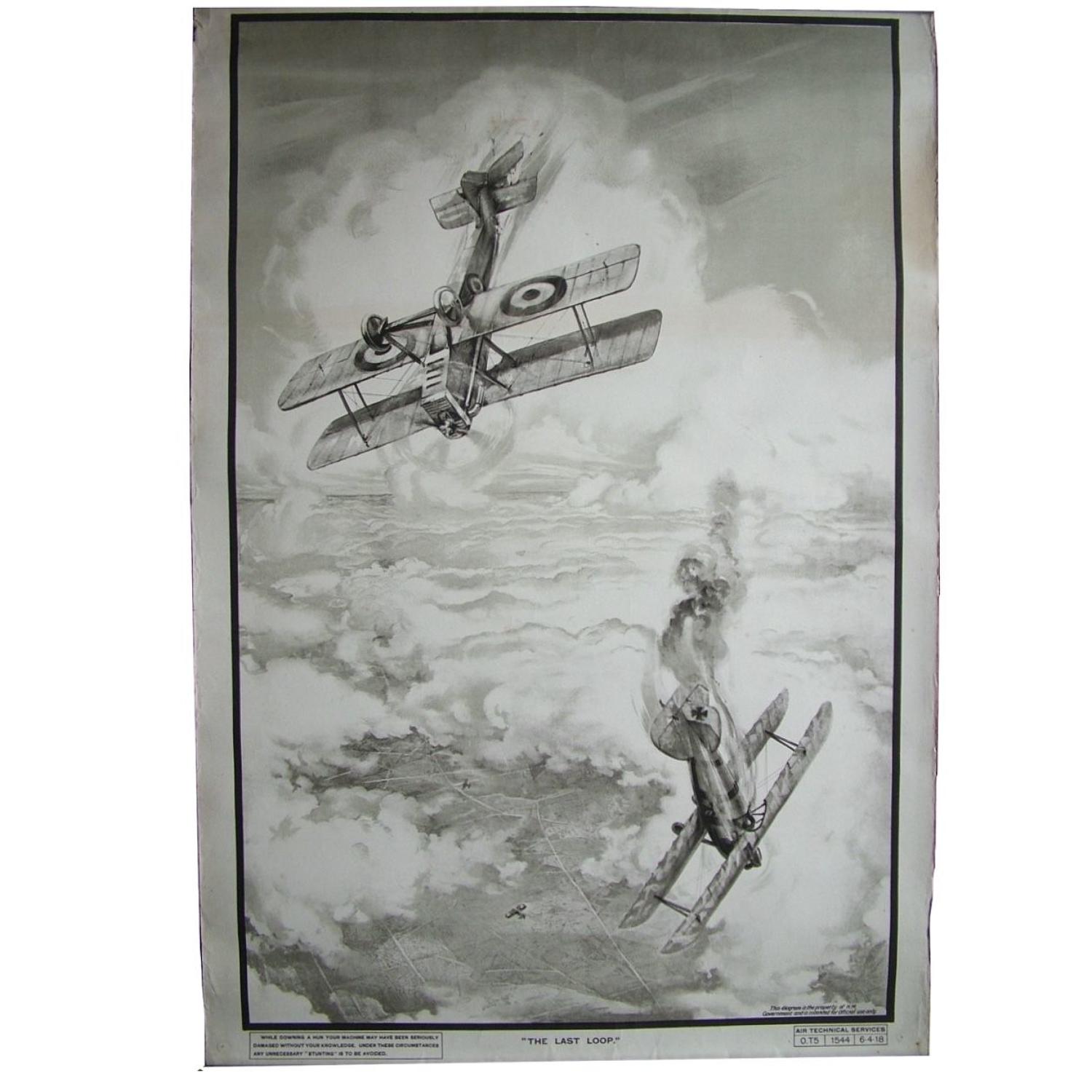 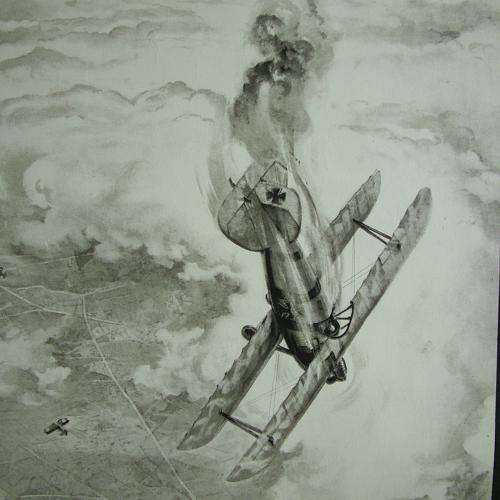 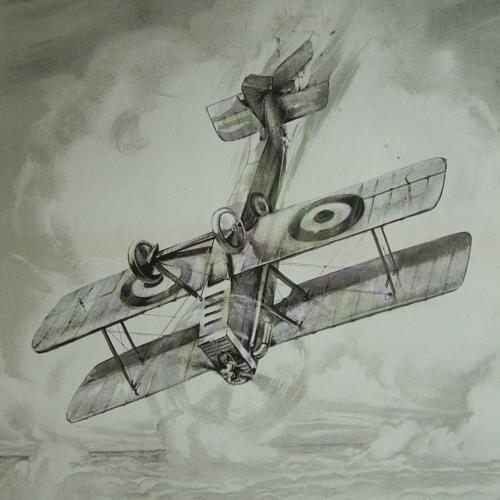 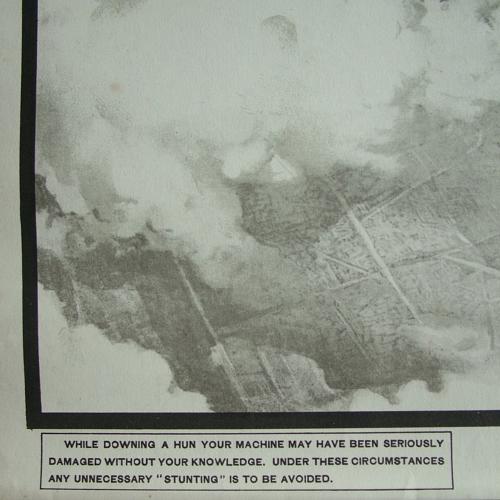 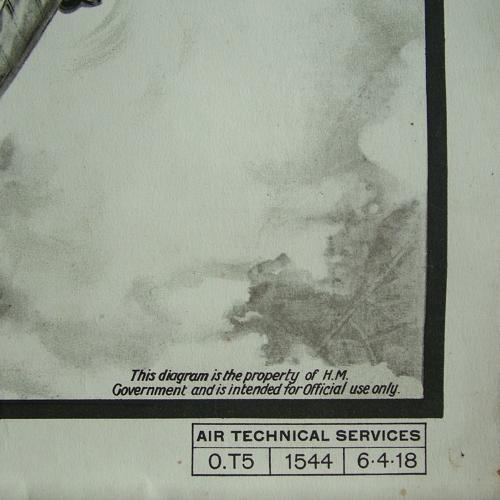 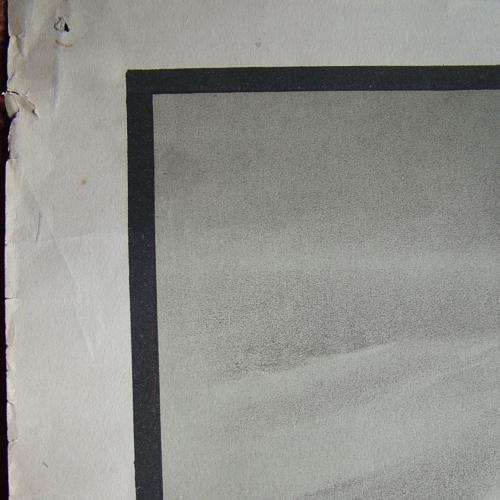 Approximately 112 x 68cm. 'The Last Loop' -  a superb rare large official training poster printed on thick paper.  It shows the moments following an aerial dogfight between two aircraft with a British RAF Scout looping the loop in victory after shooting down a German fighter only to lose control due to a fatally damaged rudder and tailplane.  The main text reads  "While downing a hun your machine may have been seriously damaged without your knowledge.  Under these circumstances any unnecessary 'stunting' is to be avoided".  Also marked "This diagram is the property of H.M. Government and is intended for Official Use Only".  Dated 6.4.18, less than a week after the Royal Flying Corps became the Royal Air Force.   There is some relatively light creased and dog-eared edges/corners with small edge tears and pin holes. Light soiling and some foxing.  Good to very good overall.  Identical to one held in the Imperial War Museum collection.  Stock code P23637.