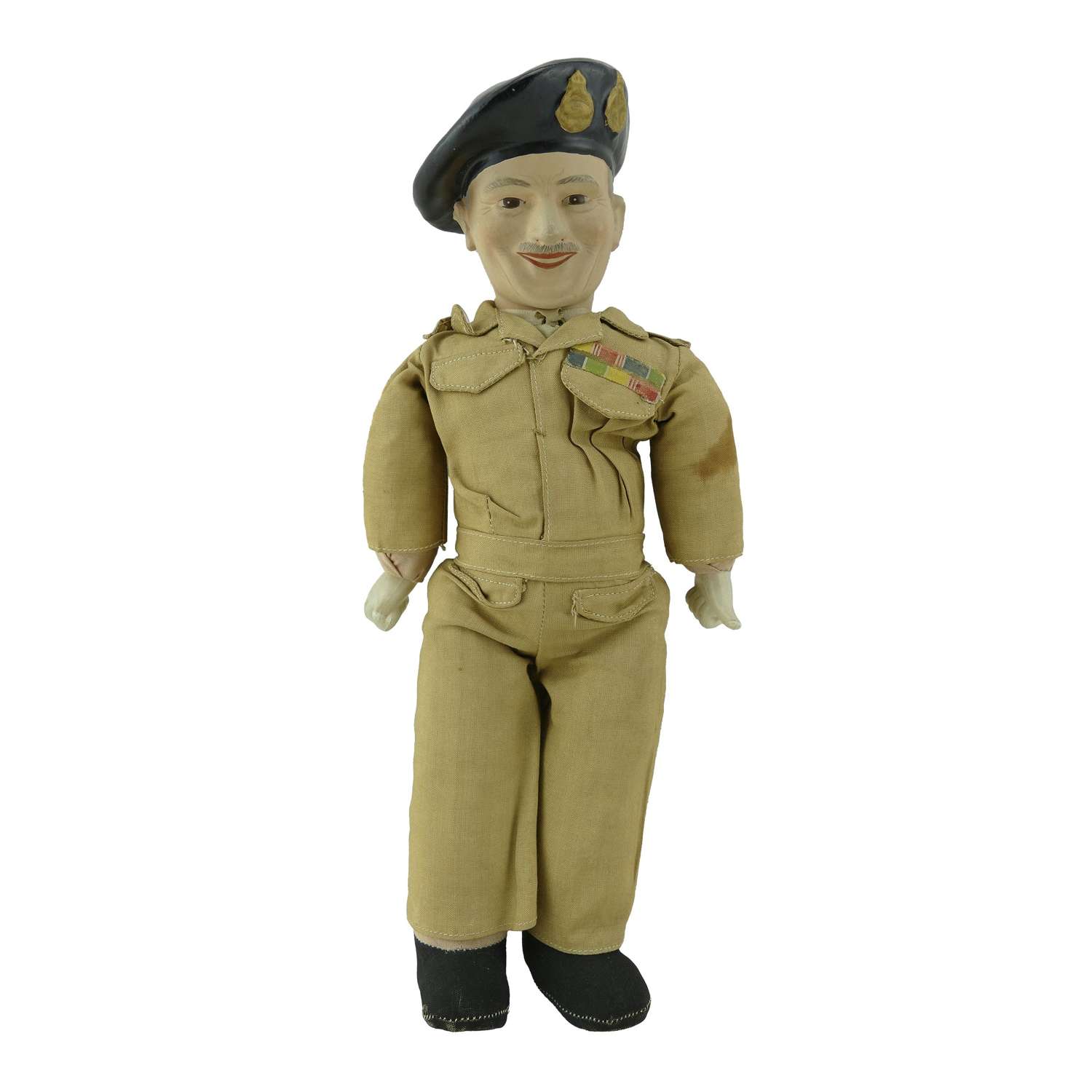 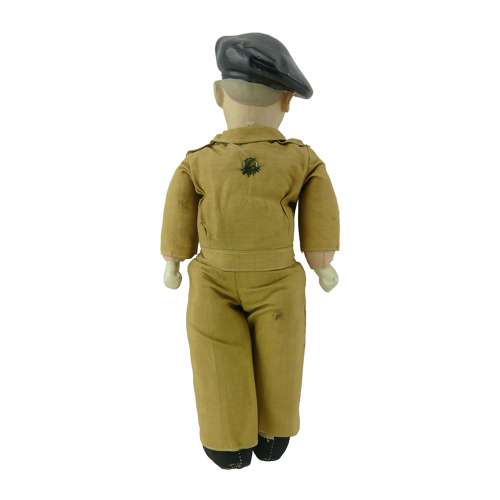 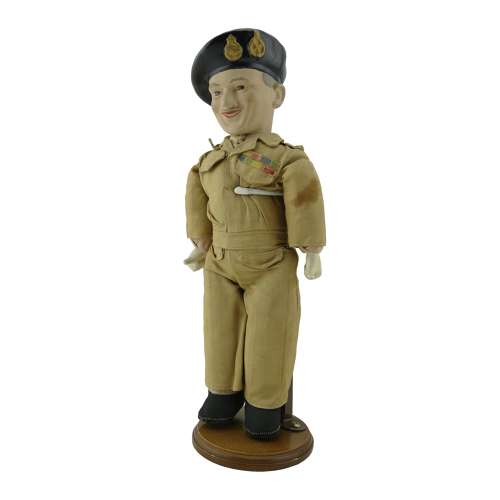 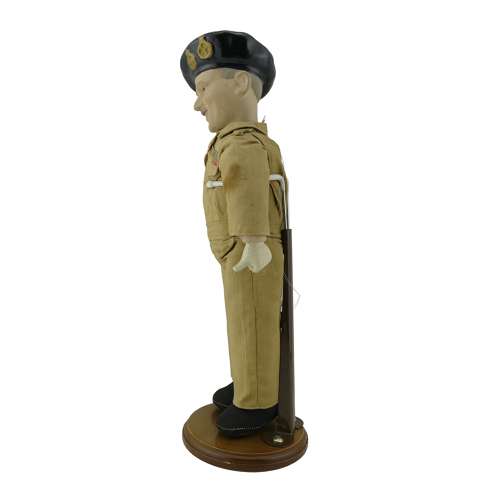 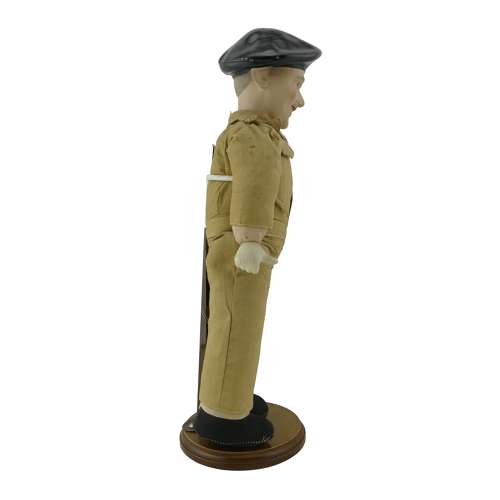 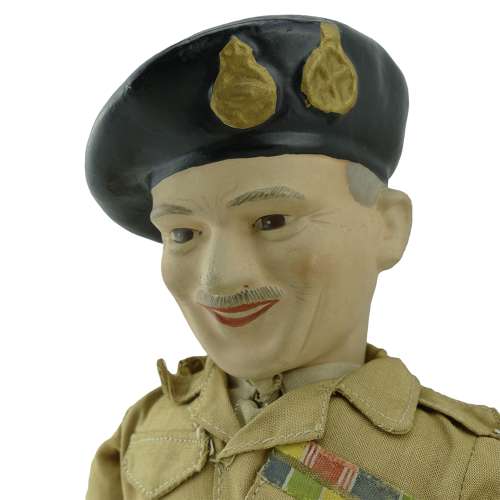 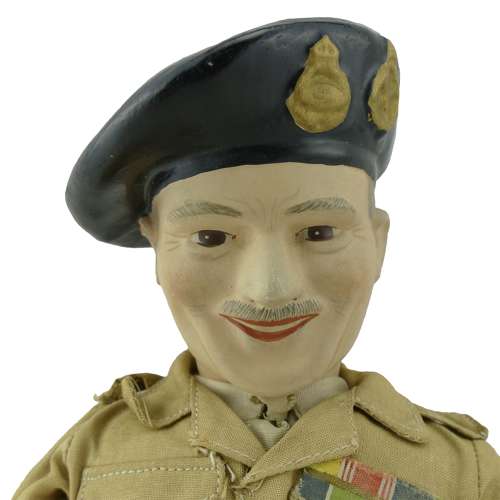 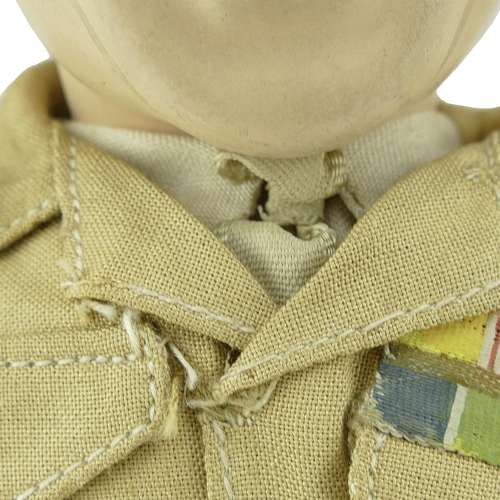 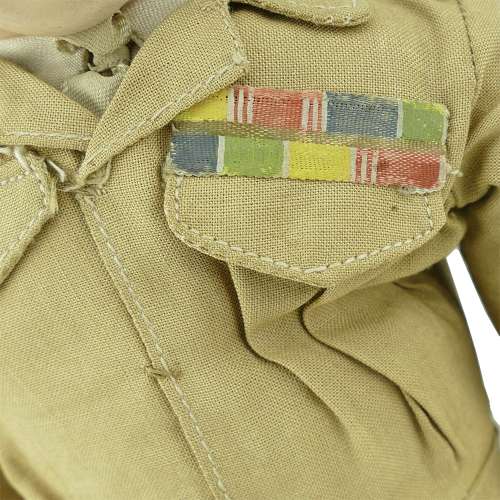 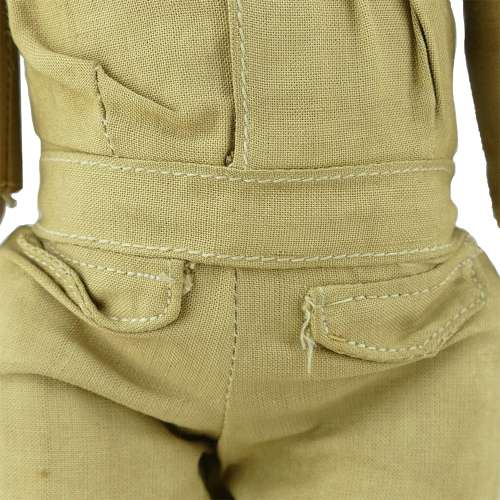 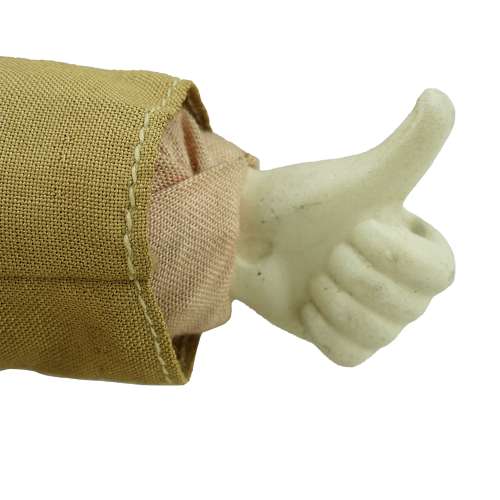 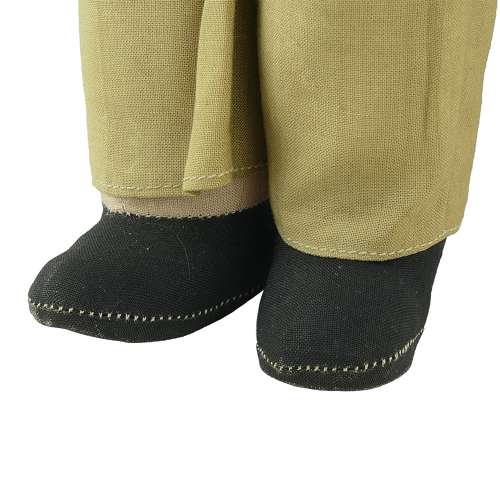 Superb wartime period doll of Field Marshal Sir Bernard Law Montgomery, commander of the British Eighth Army in North Africa.  Under the command of General Eisenhower he shared major responsibility for the successful Allied invasion of Sicily and later, Operation Overlord (D-day).  The doll is approximately 34cm (14") tall and has a firmly stuffed, jointed fabric body with ceramic head and hands.  It is clothed with khaki cotton trousers, shirt, tie and battledress jacket.  Both trousers and jacket feature pocket flaps and the latter has two rows of medal ribbons.  Black cotton 'shoes'.  The hand painted head is complete with his trademark beret featuring the badges of the Tank Corps and General Officer/Field Marshal.  Both hands have been moulded to give the 'thumbs up'.  Excellent condition with only light wear.  A small ring has been stitched to the rear enabling the doll to be held upright.  No markings.  A similar doll is held in the permanent collection of the D-Day Museum, Portsmouth.  That particular example was purchased in February 1945, in Brussels, by Sergeant William Fells of the Royal Army Ordnance Corps.  Sold with the modern stand as shown.  A rare doll.  Stock code M26588.