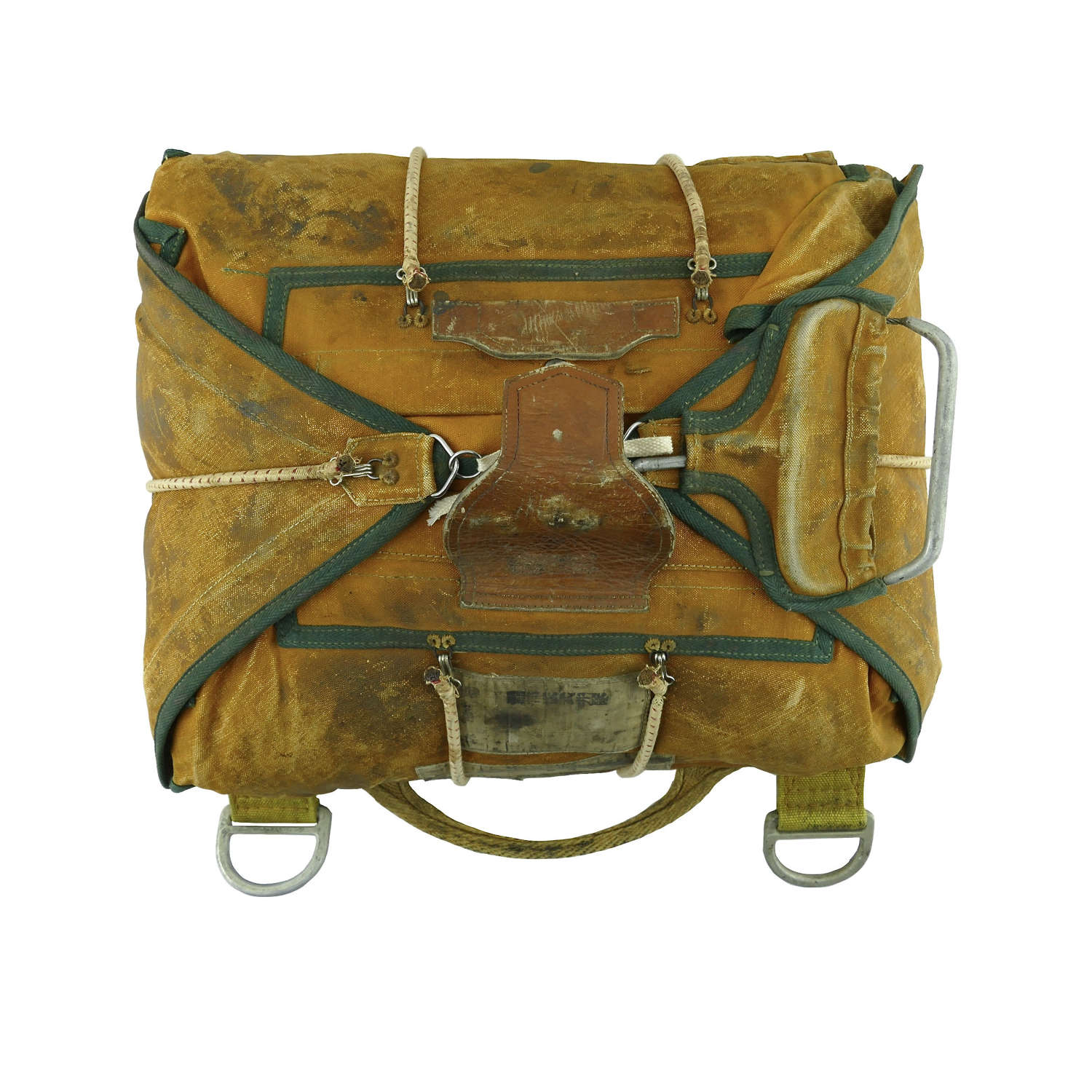 Imperial Japanese Army Air Forces detachable parachute pack.  Special Type 92. Manufactured by Fujikura Kougyou Kabushikigaishya (Fujikura Aircraft Industry Co. Ltd.) who are still making parachutes to this day.  Manufactured on 20th April 1938 (translated from the Kanji/Showa 13-4-20).  Serial number 6202.  Orange canvas pack trimmed with green edge piping.  Approximately 40 x 33 x 15cm.  With rip-cord housing, metal rip cord handle and what appear to be original bungee cords.  Two printed linen labels give details of manufacture, date and unit.  Complete with original white silk canopy and rigging lines fixed to the webbing riser straps attached to the pack.  This is clearly marked with Japanese Army/Army Air Forces star, kanji and serial number/date matching that of the pack labels indicating this has always been together. Type 92 harnesses are normally associated with Japanese Army paratroops and were fitted with a permanent back pack and removeable front reserve pack.  However, the reserve pack was attached to 'D' rings on the harness via sprung hook clips on the pack.  As can be seen, this pack has 'D' rings so it is slightly confusing as to exactly which harness it would have been used with.  Condition is very good, the pack is a bit faded and soiled but undamaged.  It would have had a removeable rear cover, attached via press stud fasteners, used to contain a 'static line' which I understand was common on most Japanese parachutes. The final photograph shows remants of what may be the static line? The bungees are generally good bar a couple that are stretched/weak near the ends.  The canopy hasn't been unfolded but appears to be complete and in excellent clean condition.  Unfortunately information on Japanese parachutes is scant so further research is recommended.  Extremely rare early parachute.  The only Japanese pack/canopy we have ever had.  Stock code S24592. 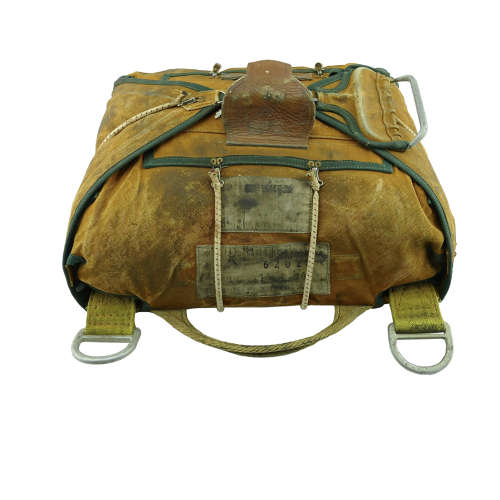 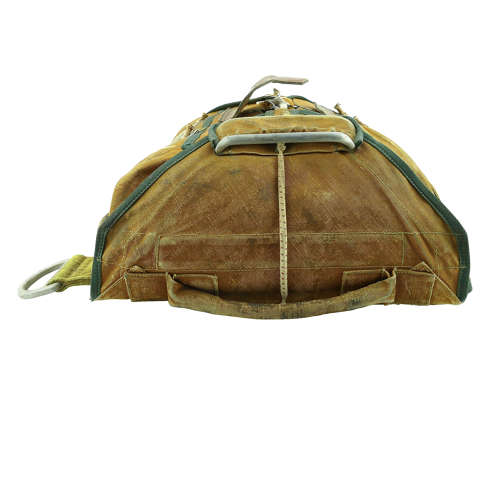 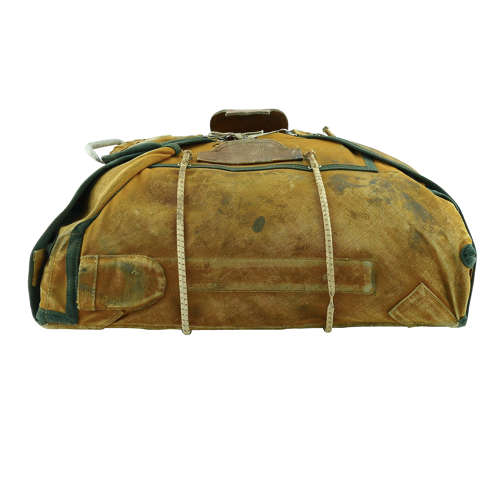 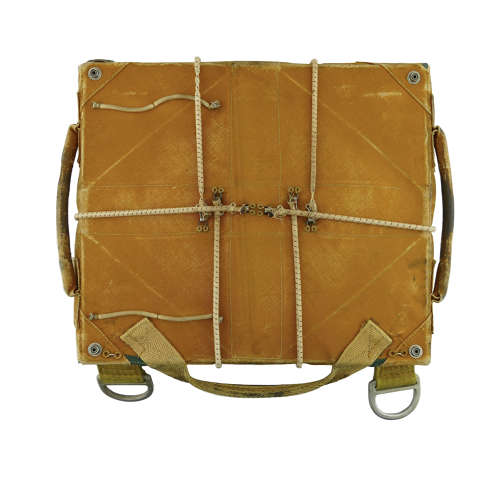 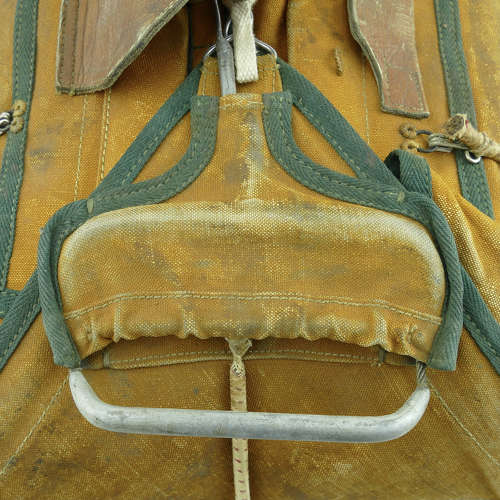 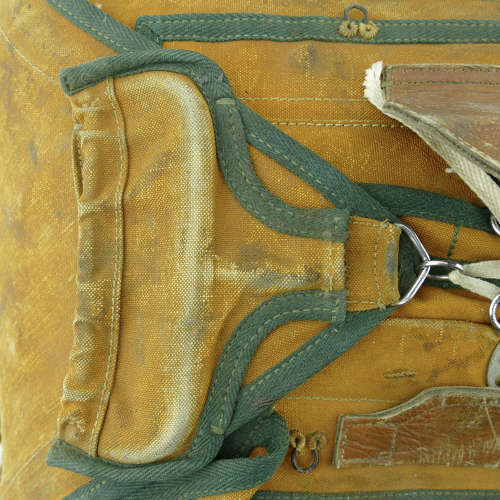 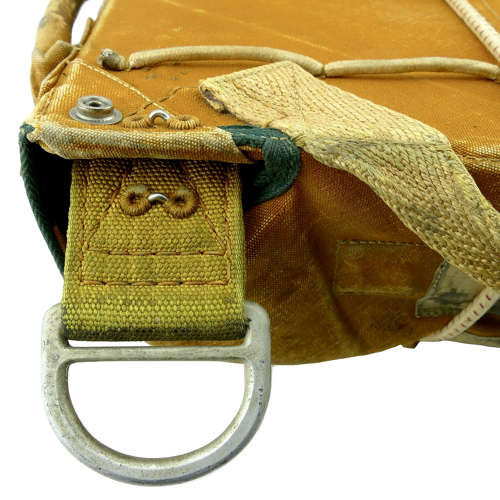 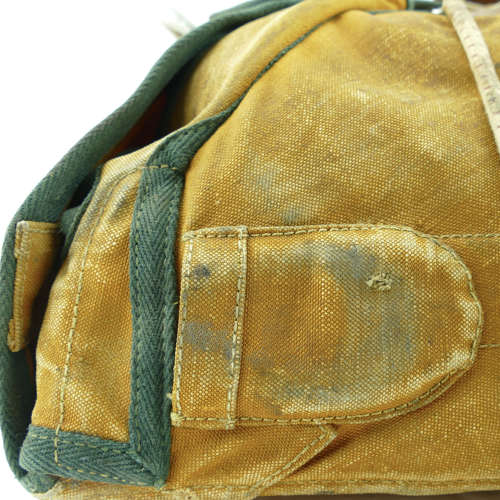 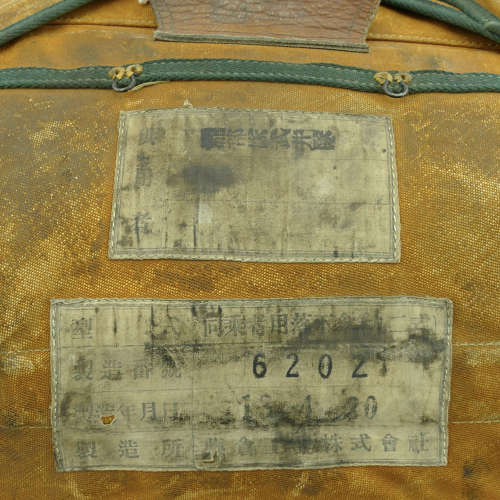 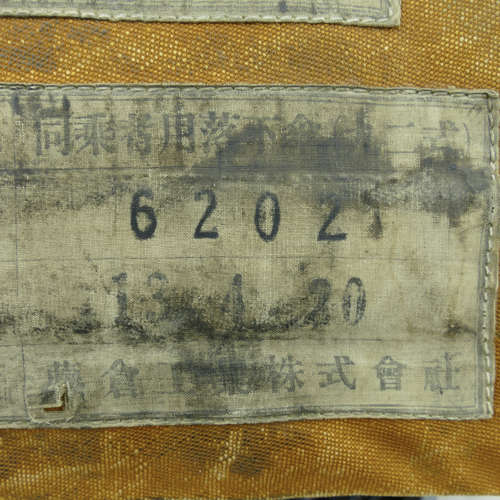 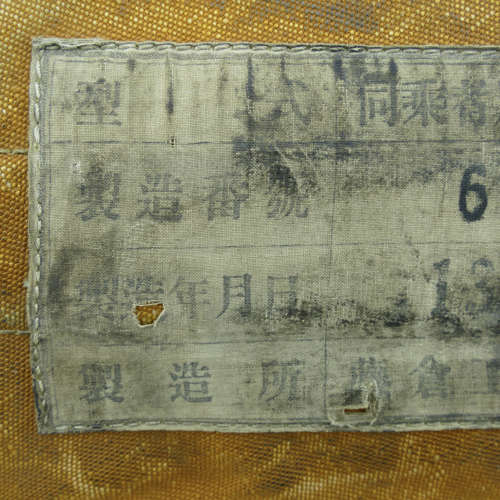 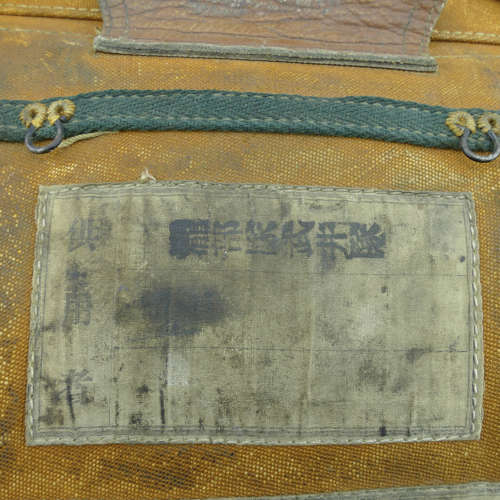 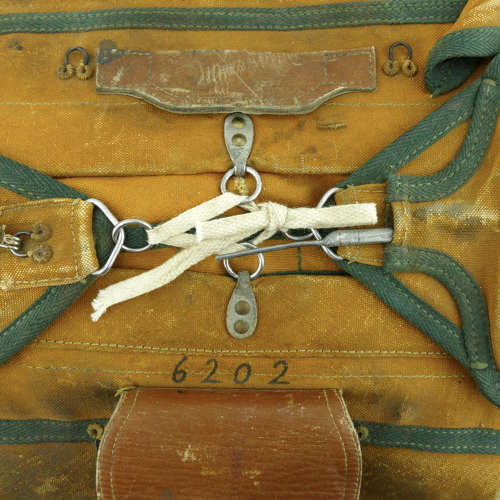 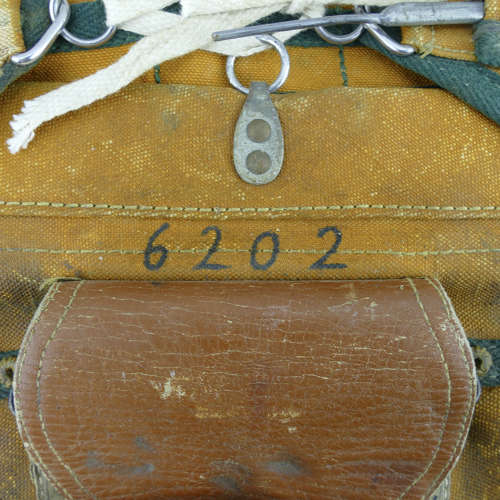 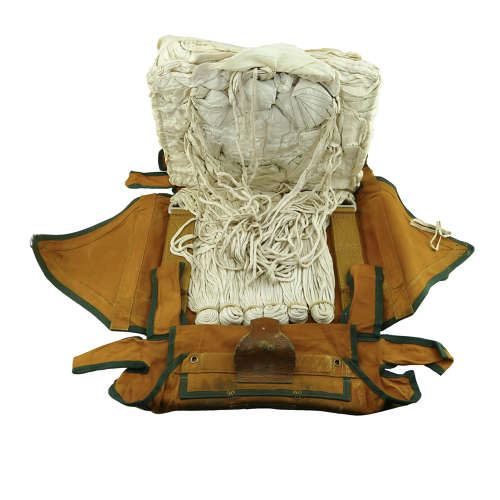 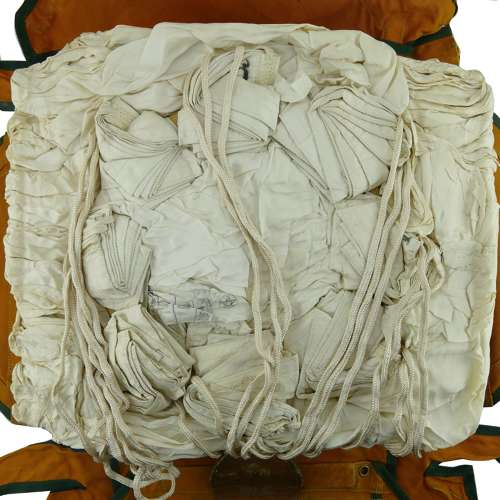 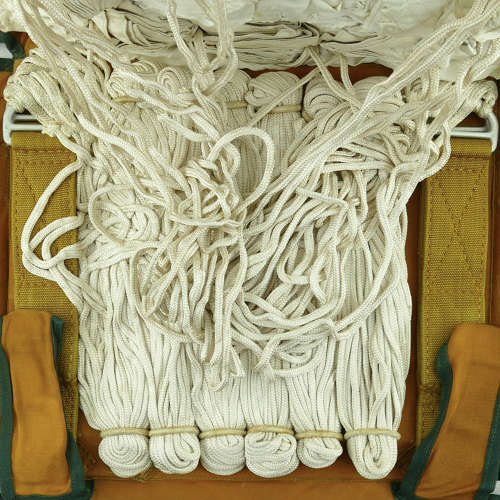 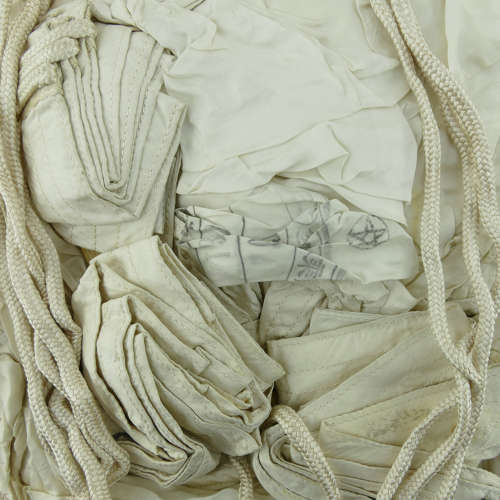 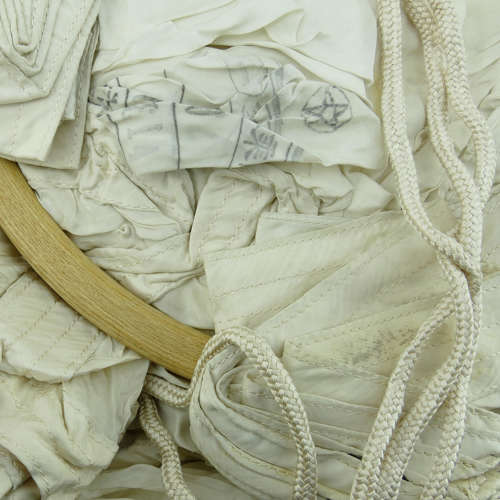 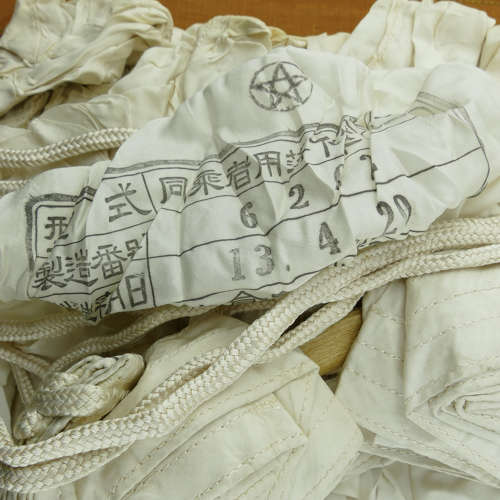 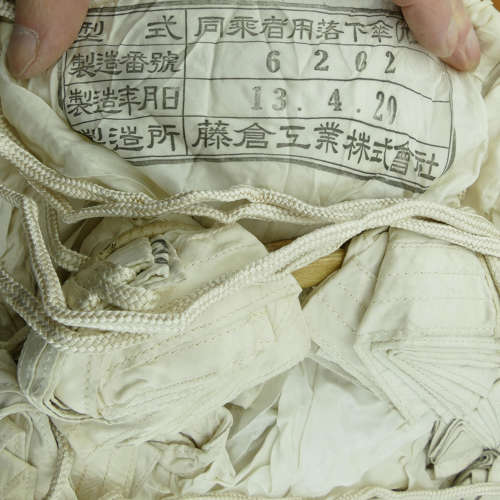 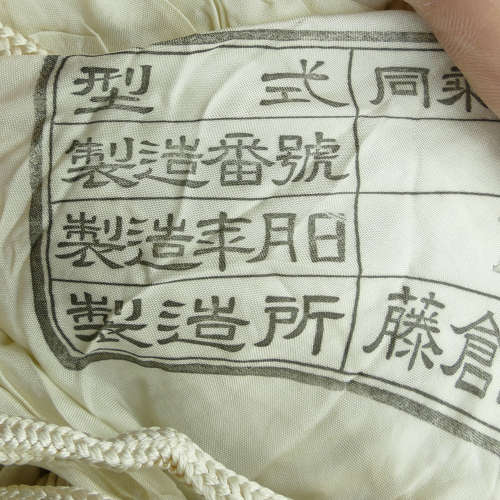 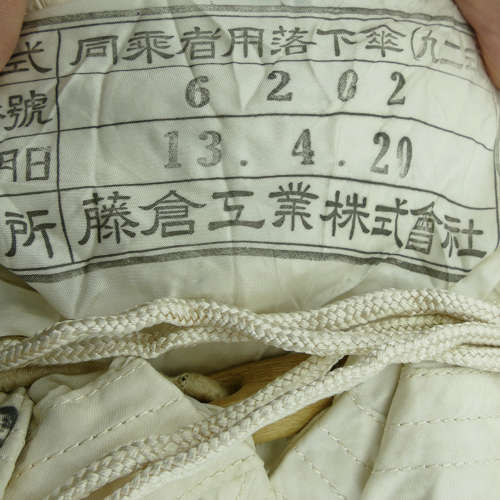 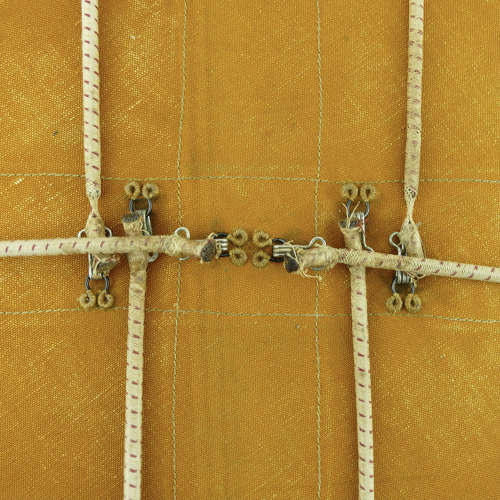 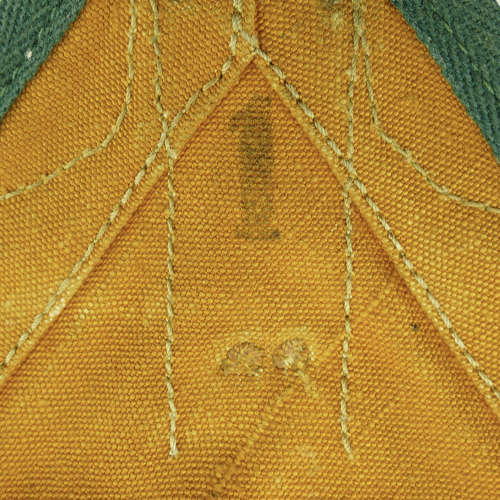 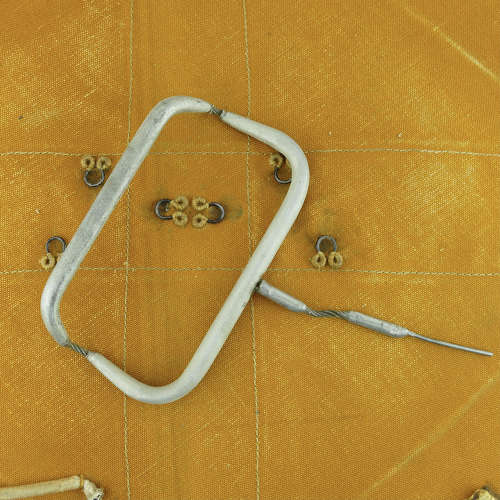 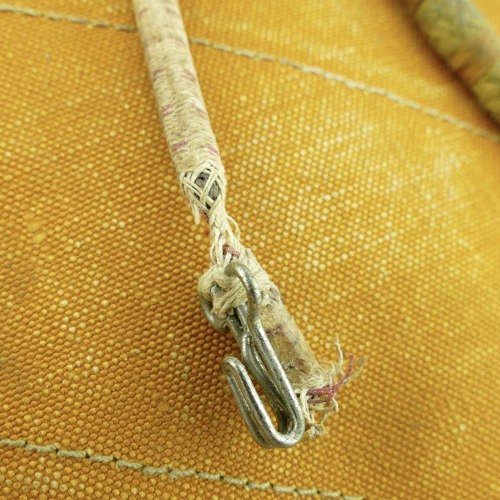 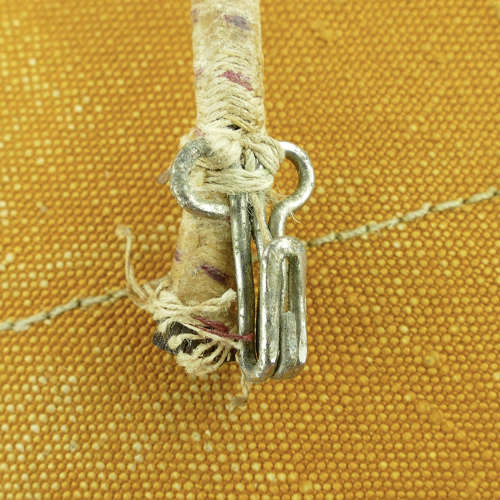 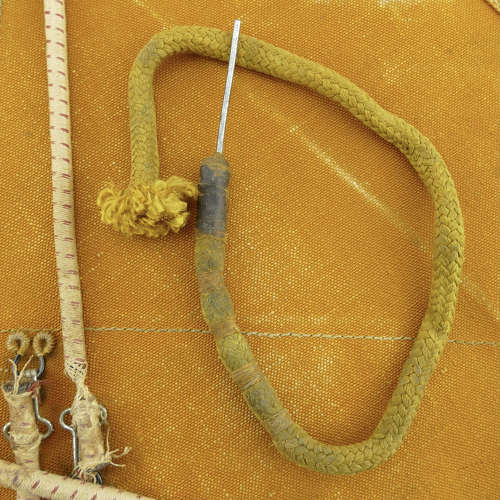