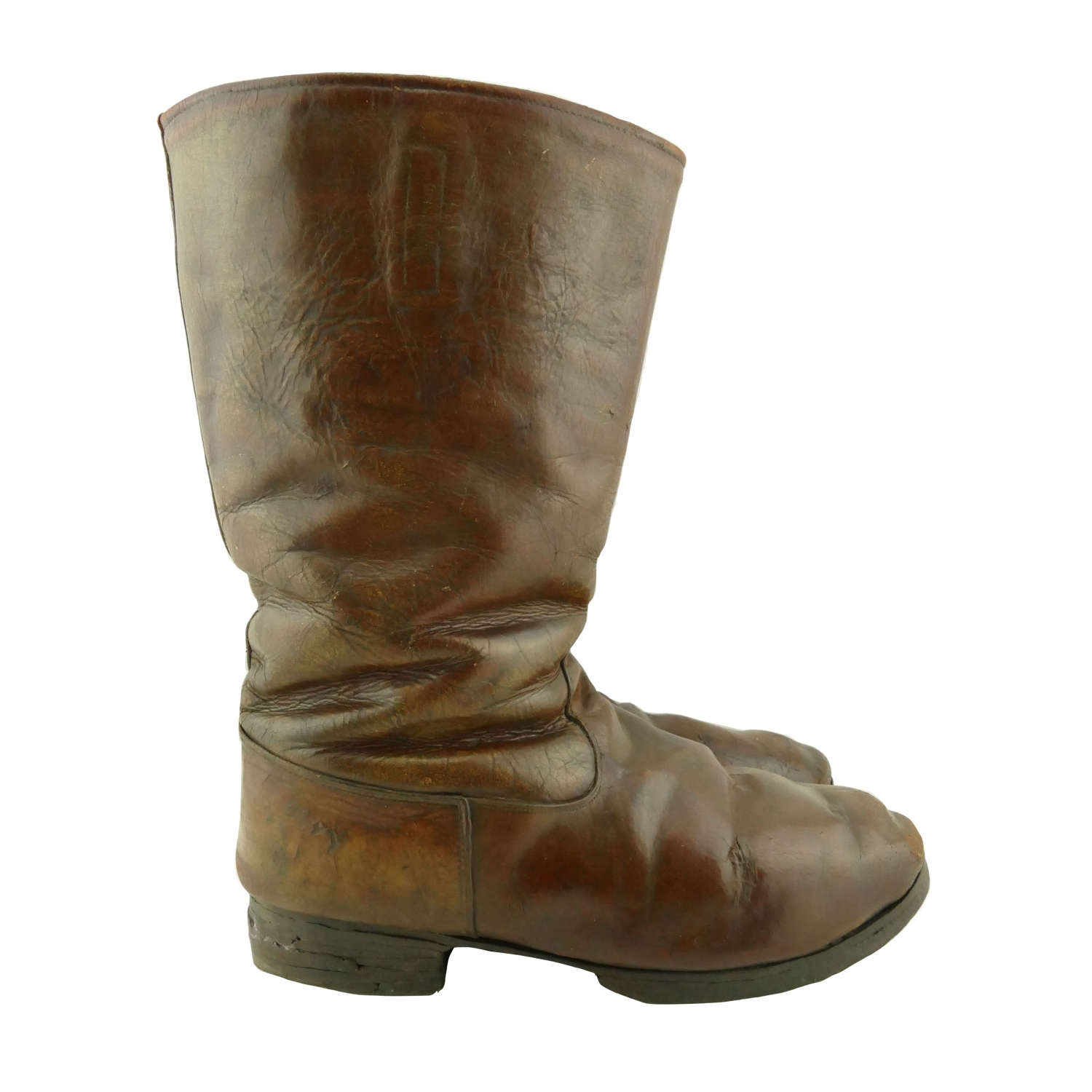 WW2 Imperial Japanese Army Air Service aviator's boots manufactured in russet brown leather.  Unlike Naval flying boots, those issued by the Army did not feature the familiar externally sewn fabric label or internal depot-supply label.  Early production boots had black rubber soles with a distinctive circular pattern but as rubber became increasingly scarce alternative materials were used.  The soles and heels of this pair appear to be leather, are pinned in place and have metal 'segs' attached.  The leather is in good condition but there is wear and quite deep creasing on the foot section commensurate with age.  The boots are part fur-lined and have fabric 'pullers' stitched inside.  The fur is heavily worn down to the 'skin' but this isn't seen in use.   Both boots are marked with the Army 'star' as shown in the photographs.  Scarce boots in good overall condition.  The Imperial War Museum in London has a very similar pair in their collection.  Stock code B25076. 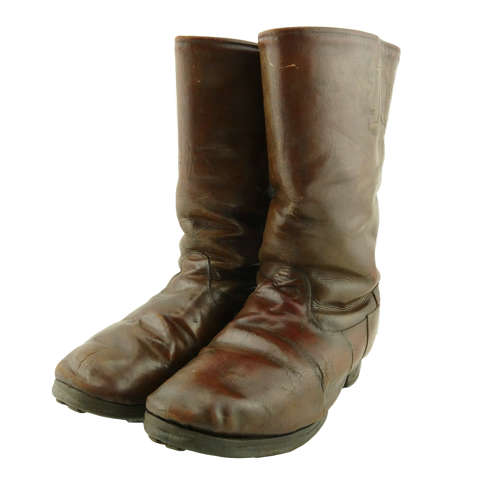 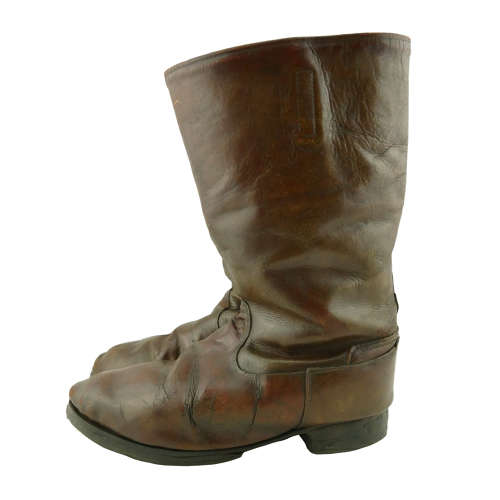 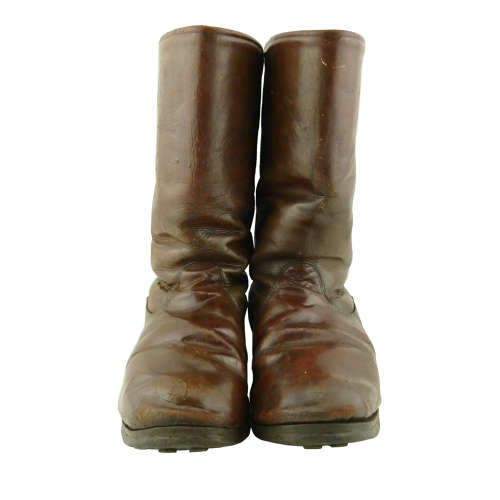 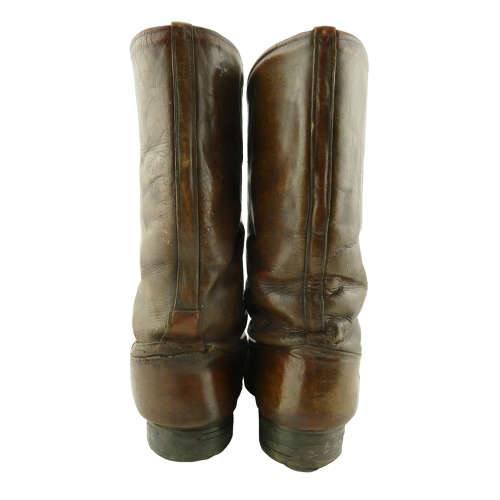 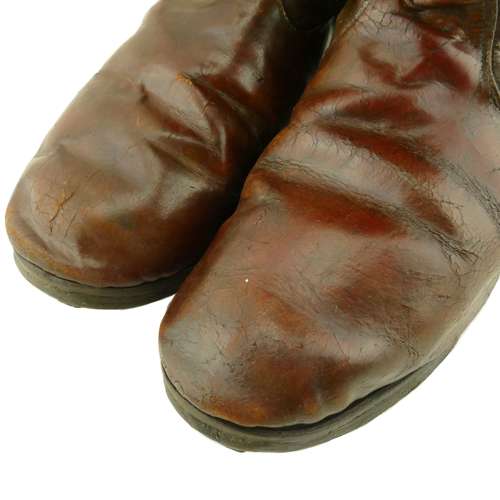 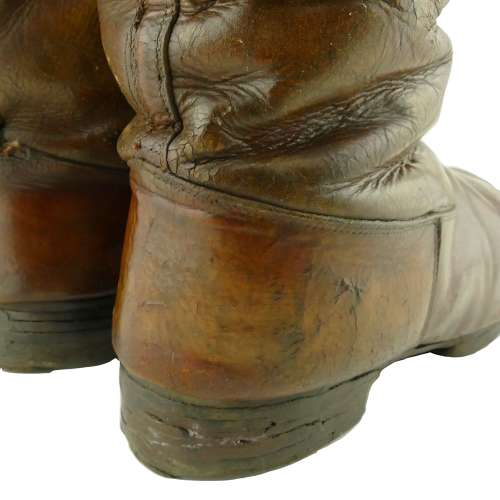 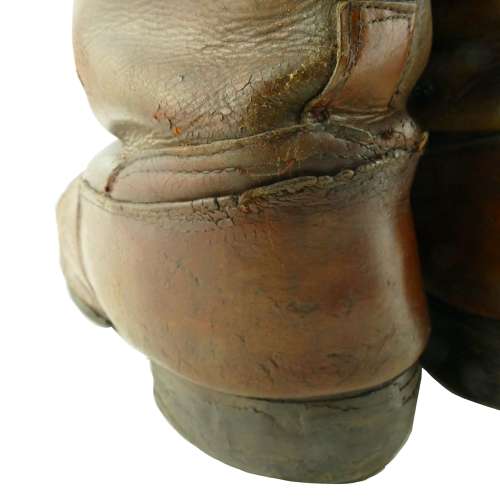 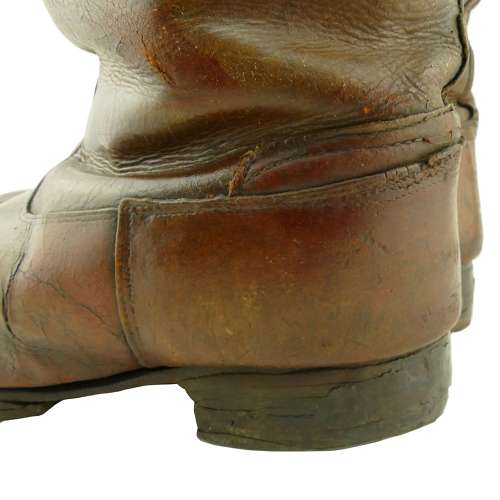 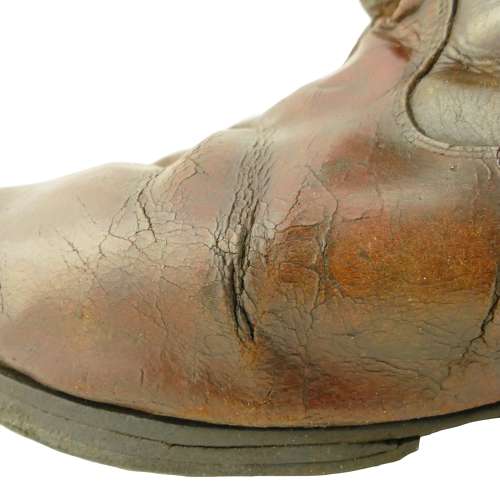 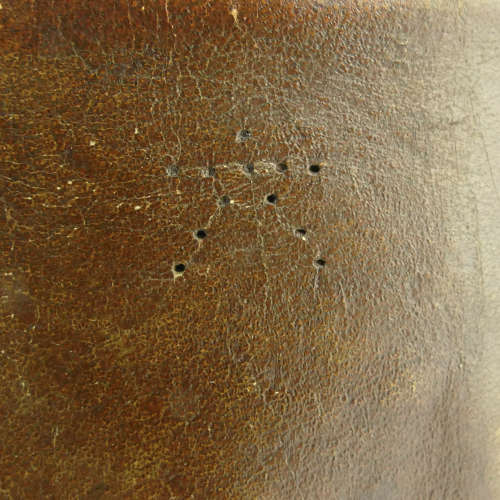 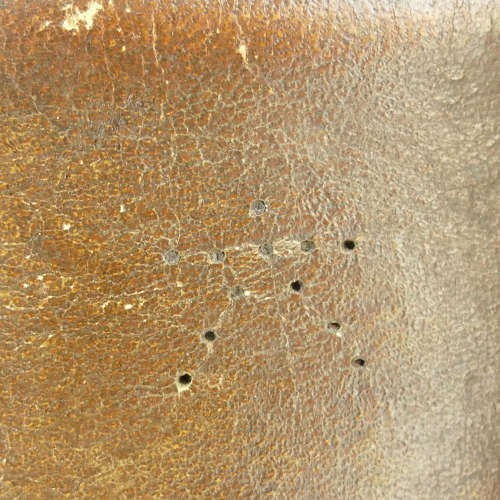 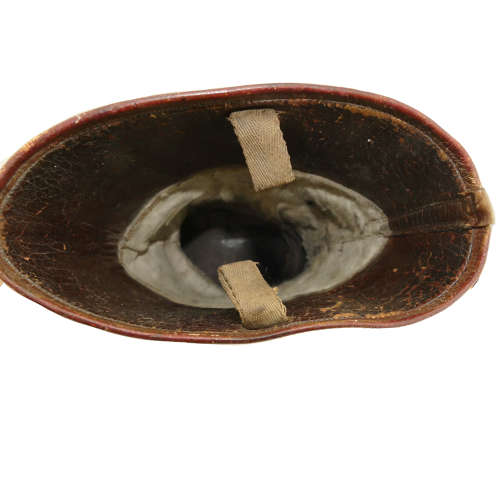 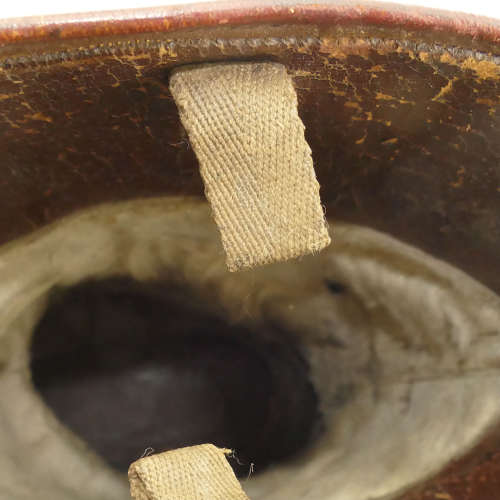 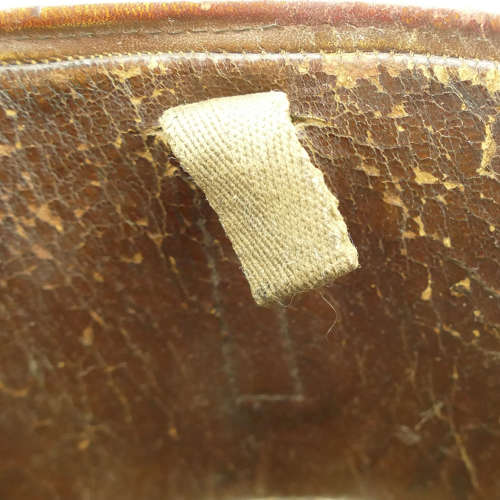 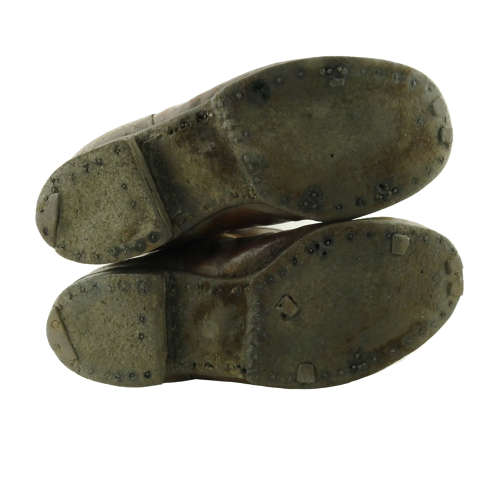 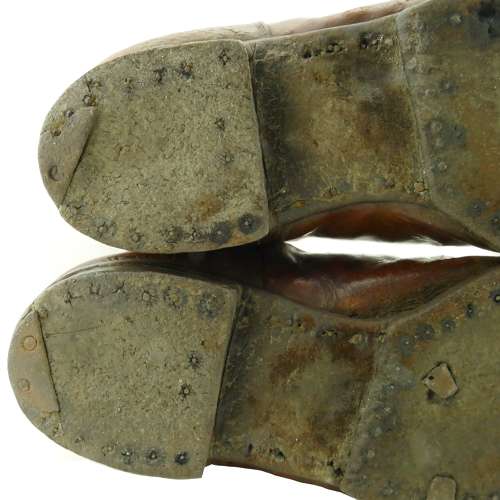 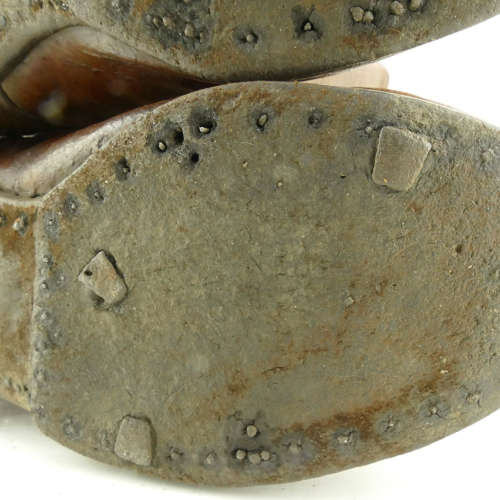