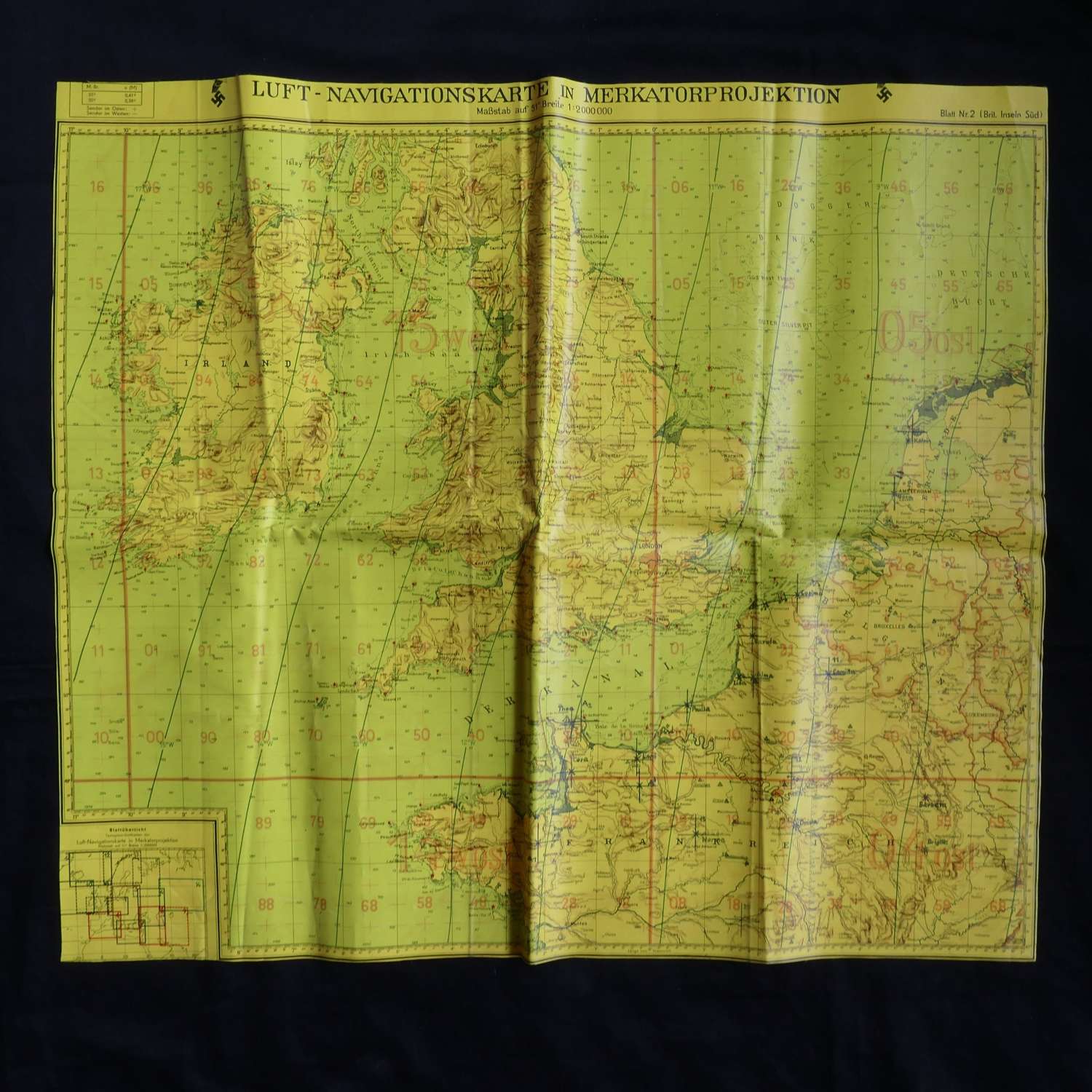 Luftnavigationskarte.  Sheet Nr. 2 (Brit. Inslen Sud).  Scale 1 : 2000 000.  Approximately 63 x 56cm.  Double sided map printed on waterproofed linen with a yellow background for use at night in low level cockpit lighting.  One side shows the bulk of the British Isles and Ireland plus the English Channel and part of the coastline of mainland Europe.  The reverse side shows parts of the Netherlands, Luxemburg, Germany, Switzerland, Italy, Poland, Denmark etc.  As was common, the edges of the map have been trimmed down to make it less bulky in the cockpit but the tails of the Luftwaffe eagles and swastikas can be seen along the upper edge.  This example was used by Georg Eberle, Oberfeldwebel bordfunker (radio operator), who flew with Kampfgeschwader 30 on Ju88A bombers from bases in Holland (Eindhoven, Gilzen-Rijen, Schipol) and France (Romilly, Evreux, St. Andre & Brest) to targets in Liverpool, London, Southampton, Bristol & Hull.  From August 1941 he was based in Norway (Stavanger, Banak & Trondheim) and Finland (Kemi).  From August 1943 he was based in Viterbo, Italy and later served with 5.SKG 54.  The map has annotations in the European coastal areas - 'Cosima', 'Camilla', Brigitte', 'Carola', 'Lisa', 'Paula', 'Cora', 'Katrin' etc.  Radar stations?  The map is clean but does have some fold/crease marks. A great  map.  Other documents belonging to this airman are not available but the photocopies shown are included. Stock code P24282. 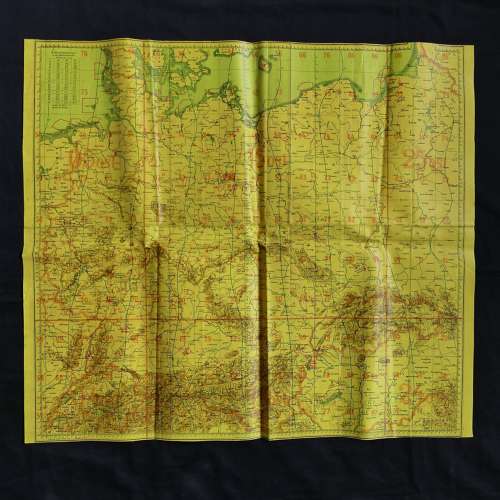 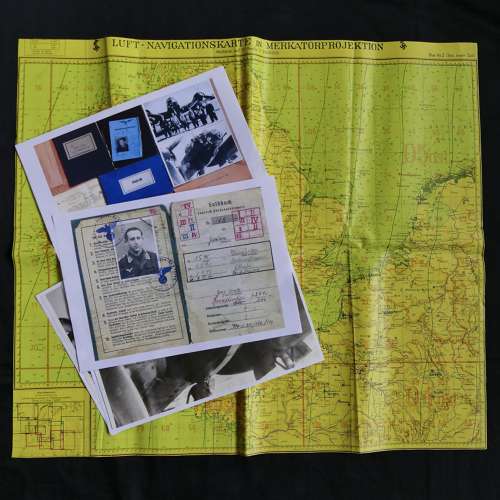 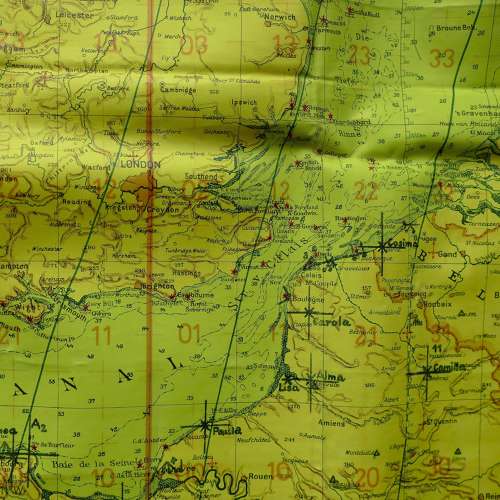 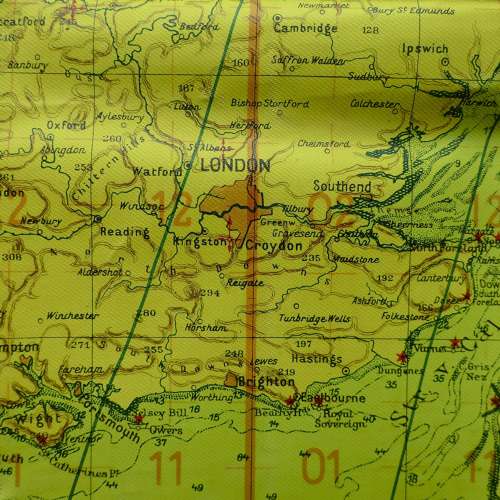 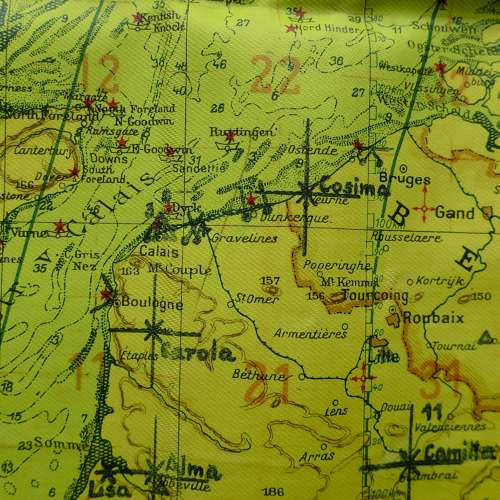 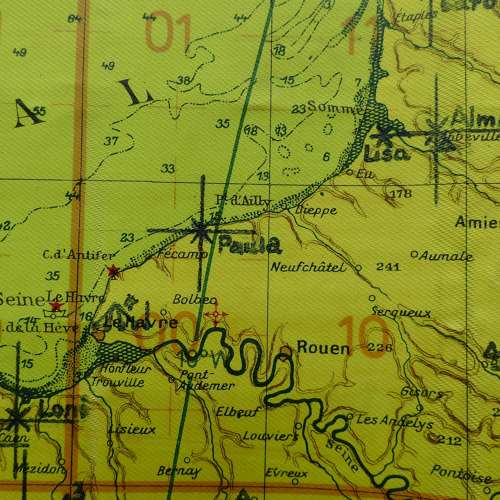 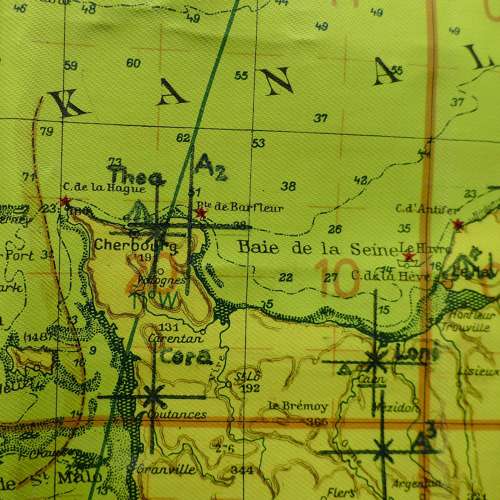 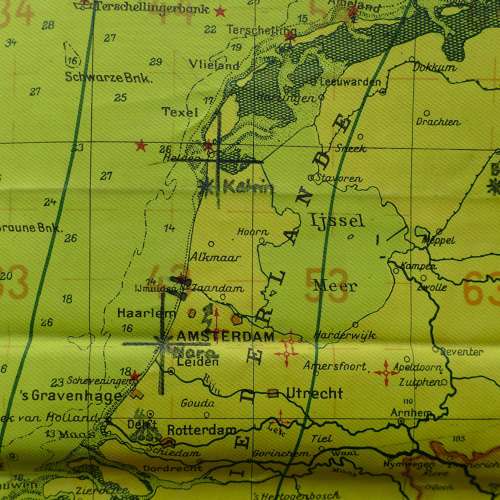 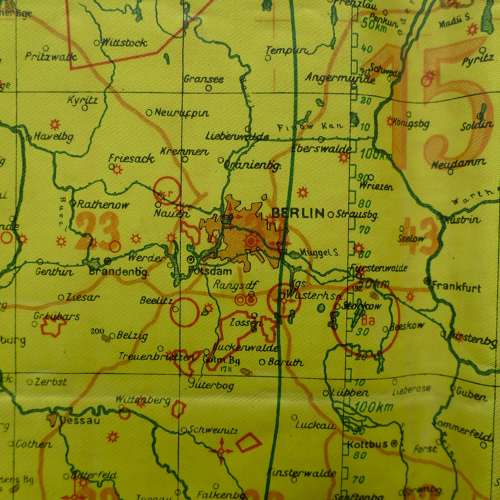 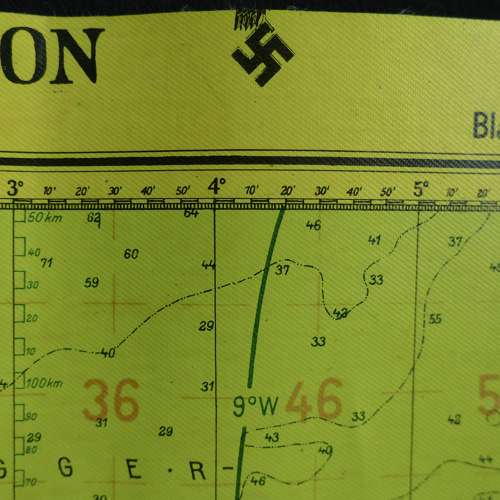