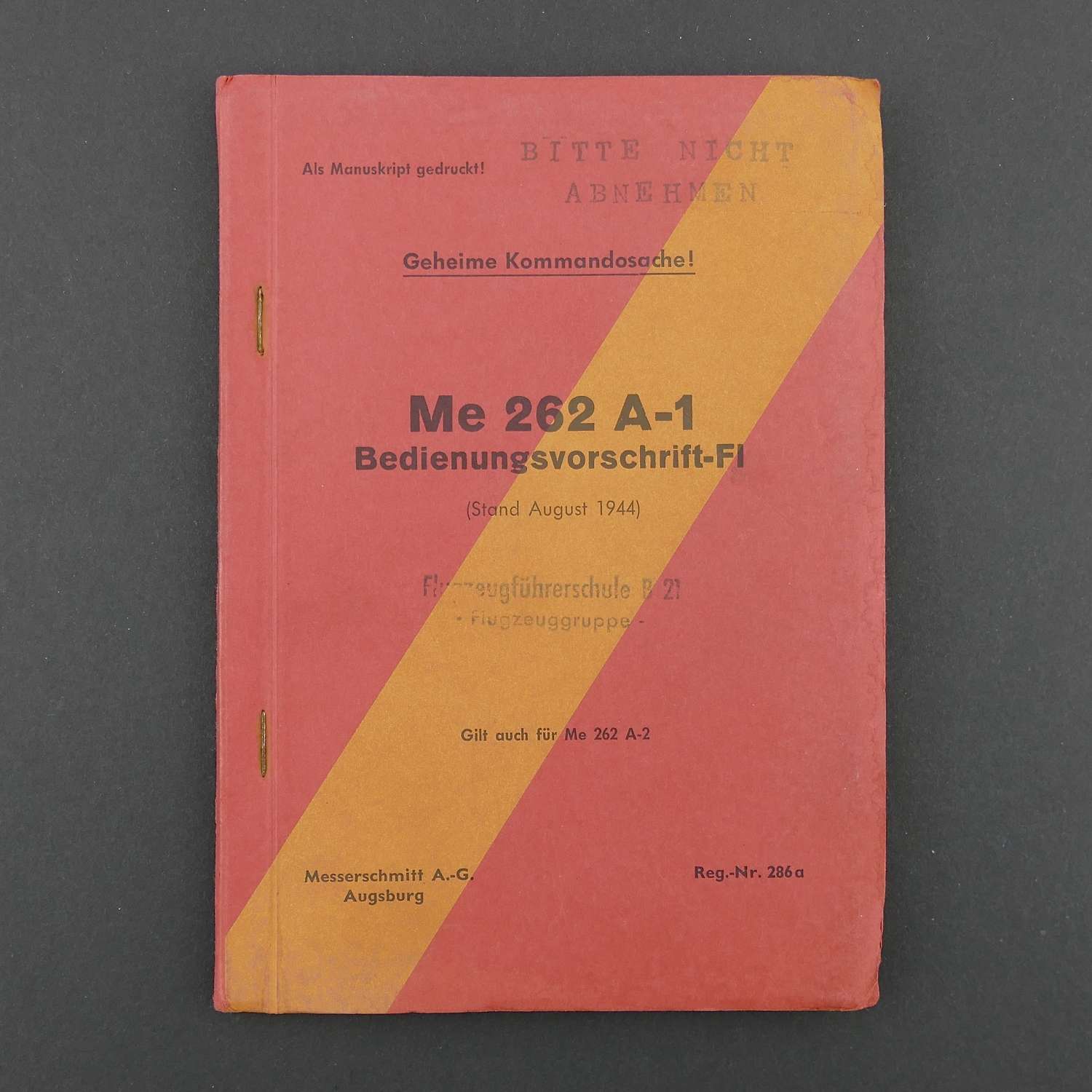 P/b, 12.5 x 18cm.  Published  by Messerschmitt AG, Augsburg in August 1944, 27p plus 8 pull-out diagrams.  Extremely rare secret instruction manual for the famed  Messerschmitt Me 262 A-1 (and A-2).  The manual covers a brief description of the aircraft, pre-flight preparations, flight and maintenance. With 8 fold-out diagrams at the back including one of the cockpit. In very good used condition bar bruised corners/edges and corroded staples.  The front cover is overstamped 'Bitte Nicht Abnehmen' (Please don't lose!) and 'Flugzeugfuhrerschule B-21 - Flugzeuggruppe' (Pilots Flight School B-21, Aircraft Group).  This flight school, was initially Flugzeugfuhrerschule C-21 but redesignated B-21 in October 1943.  At that time it was based in Hannover-Langenhagen.  The Me262 was the world's first operational jet-powered fighter aircraft.  It was both faster and more heavily armed than any wartime Allied fighter, including the British jet-powered Gloster Meteor.  Very very difficult to obtain.  Don't miss it!  Stock code P24215A-109. 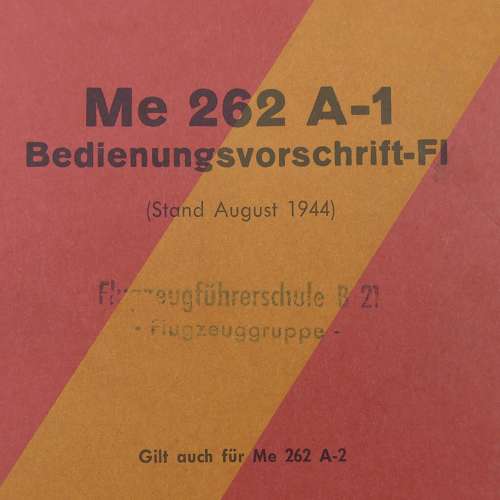 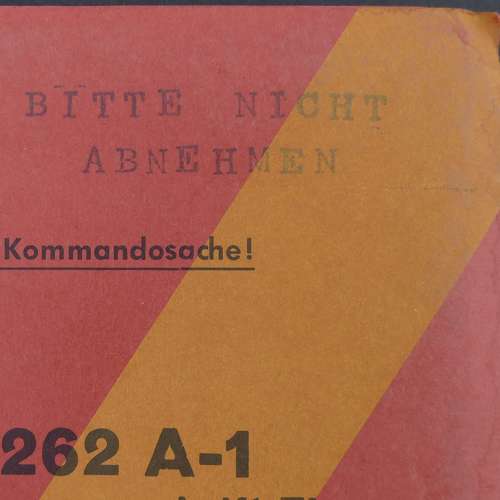 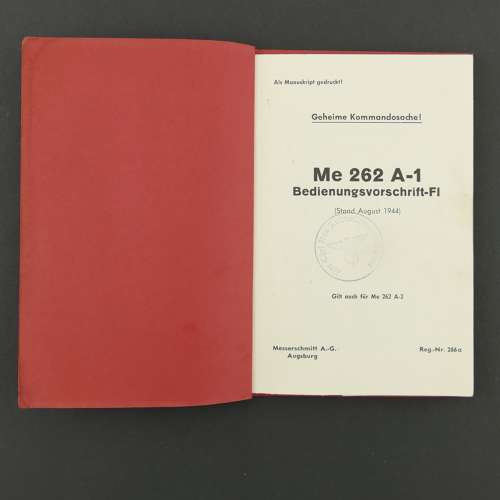 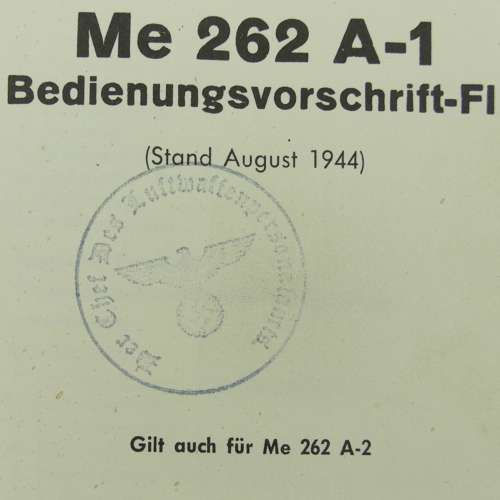 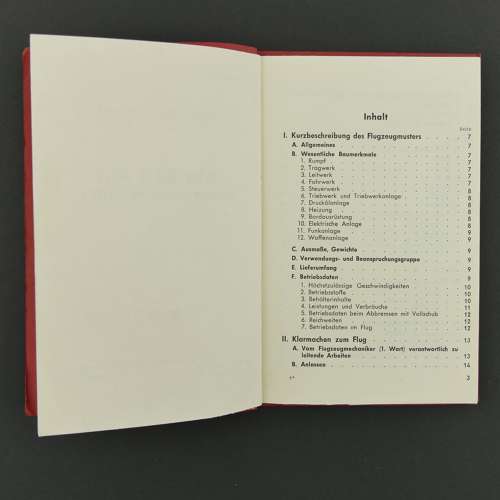 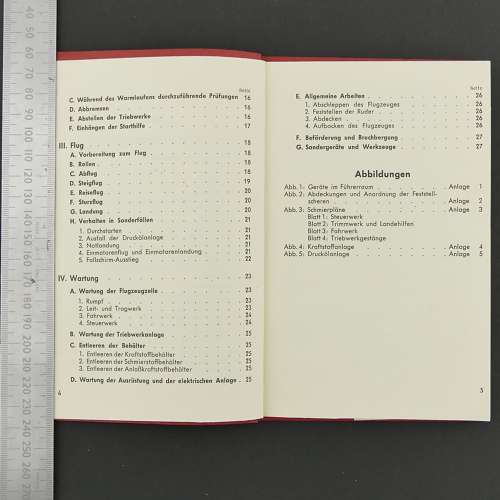 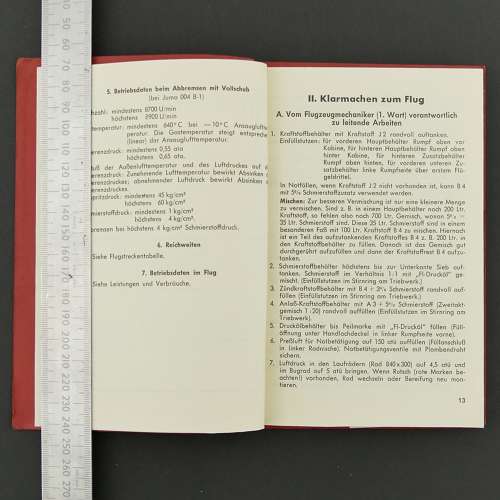 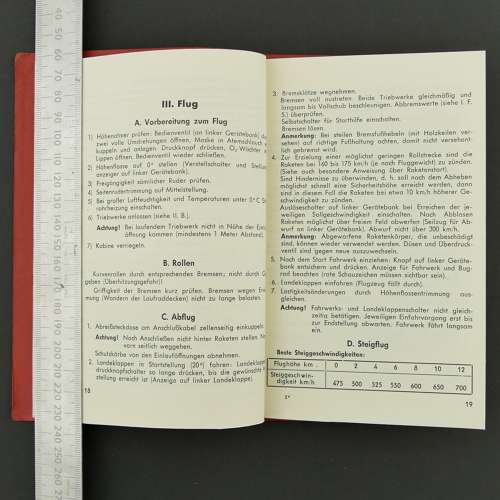 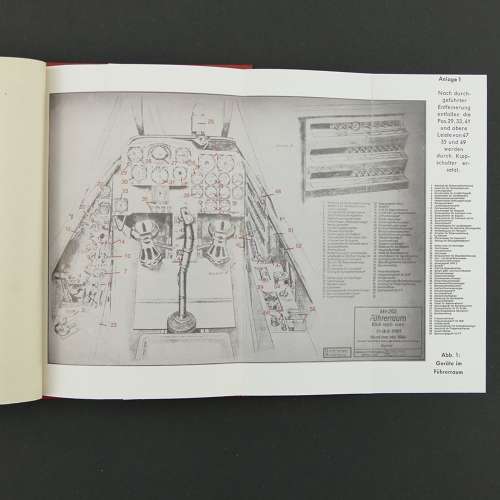 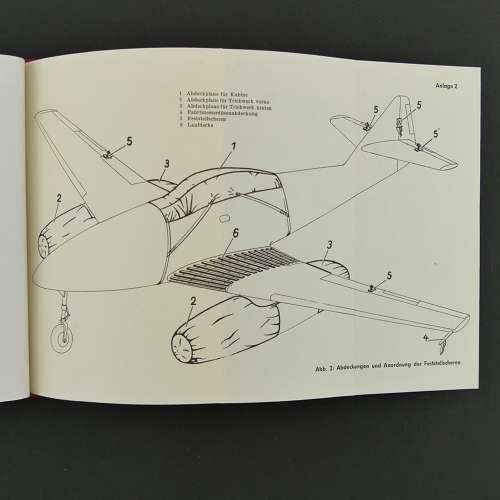 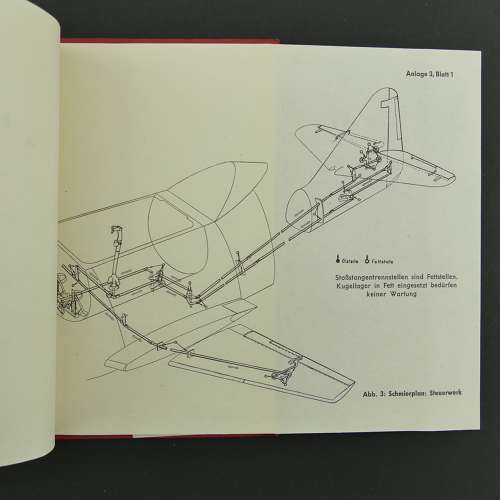 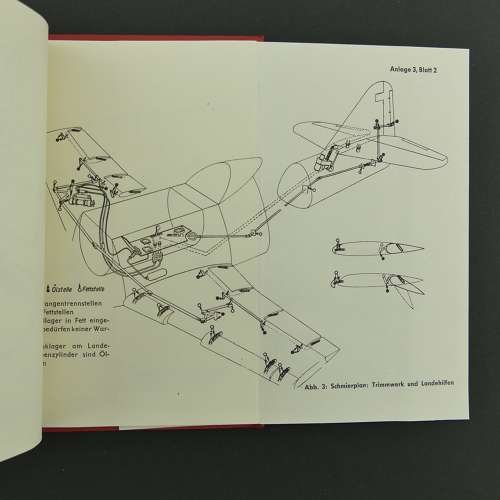 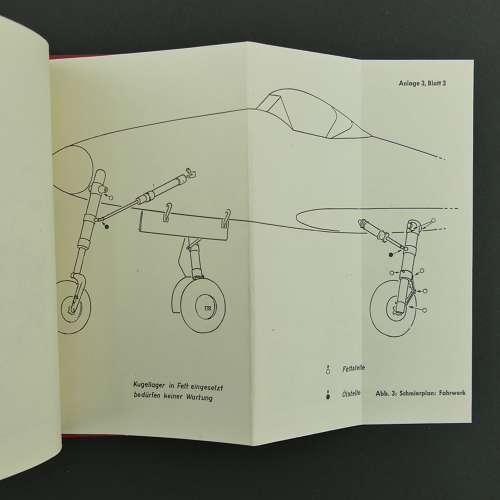 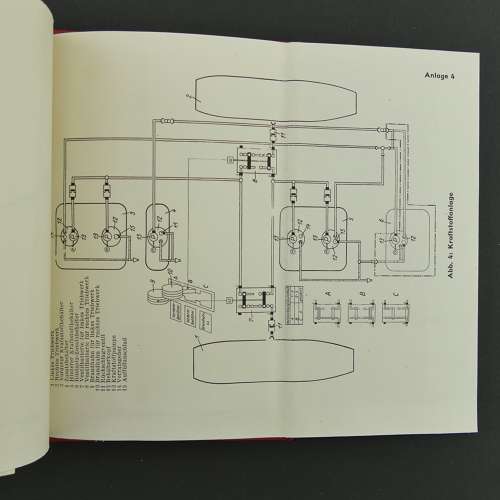 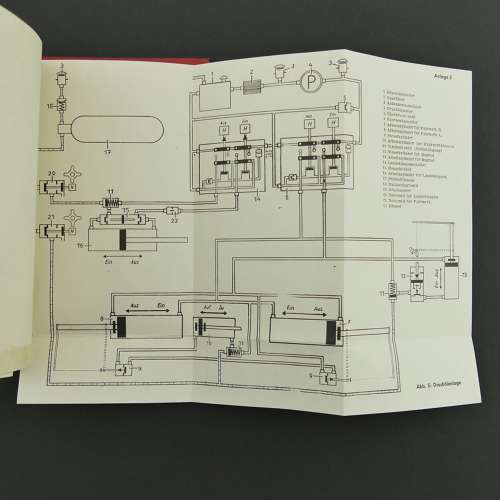