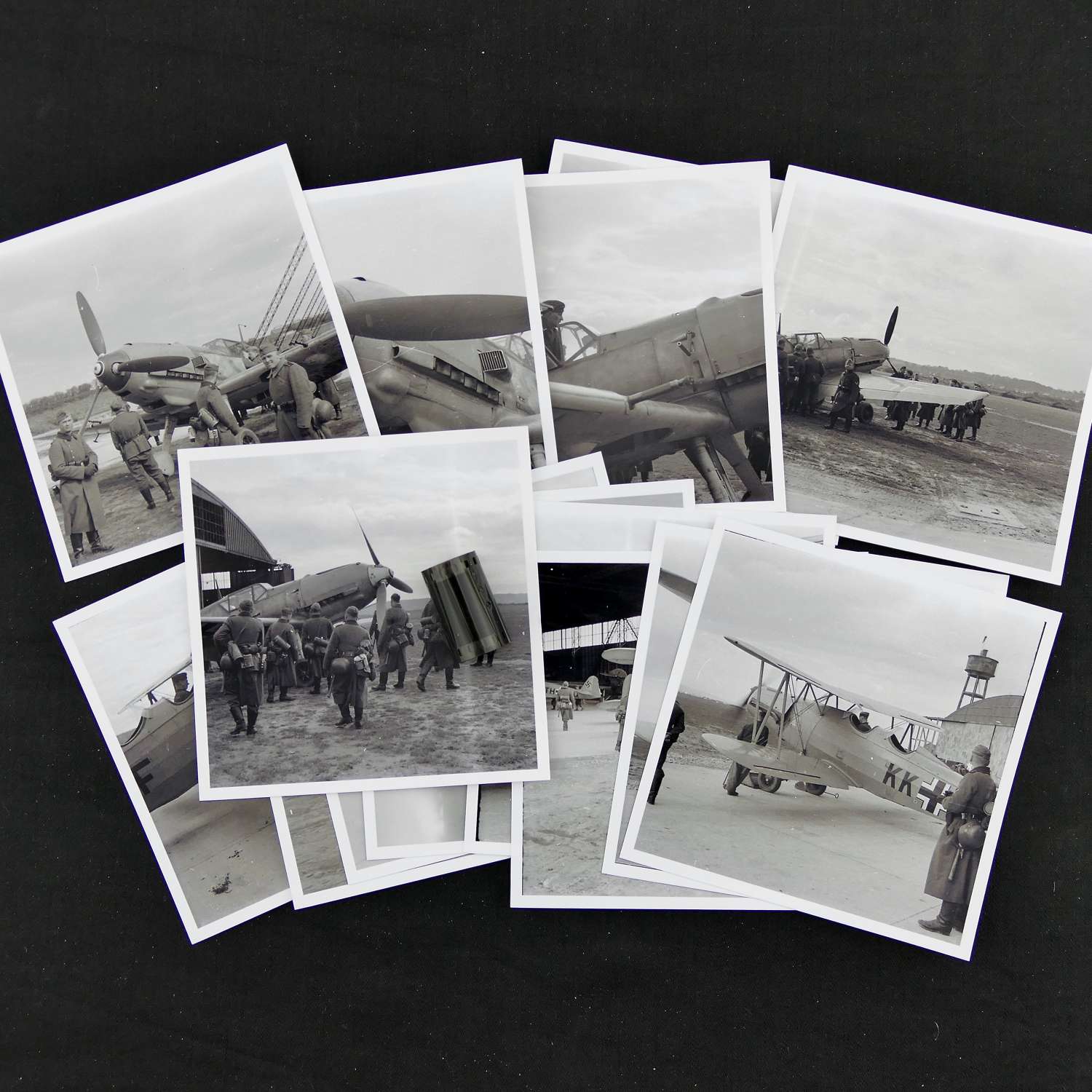 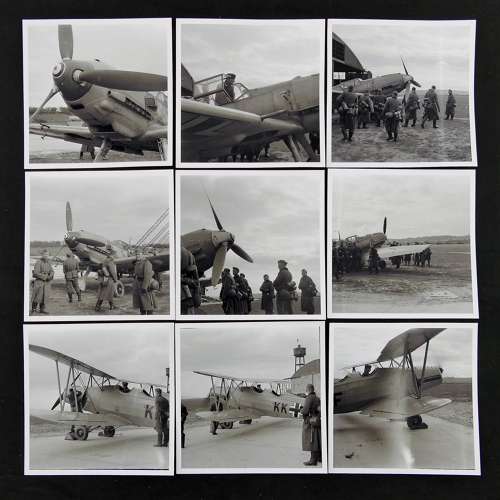 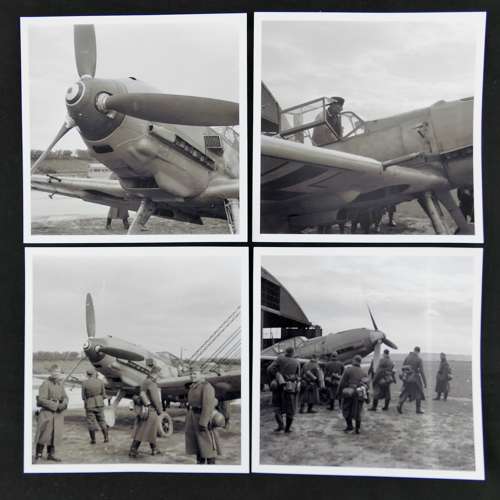 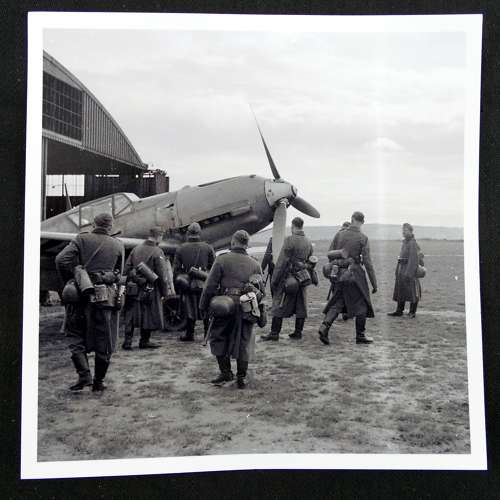 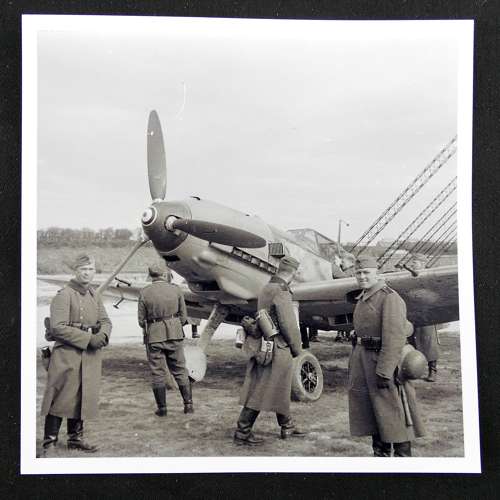 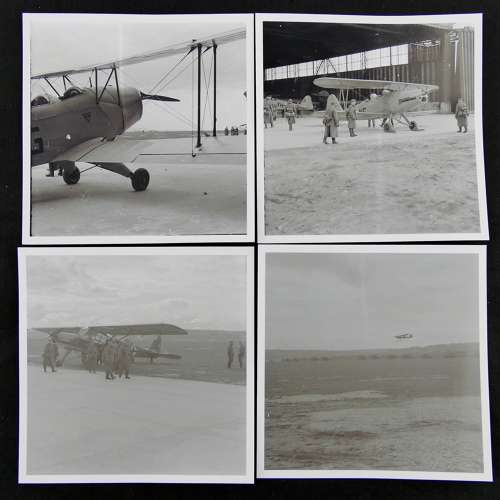 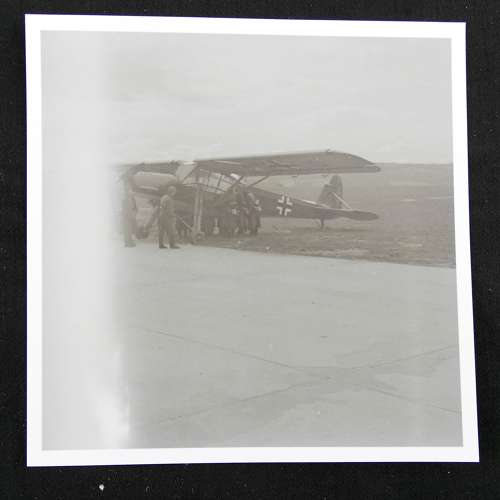 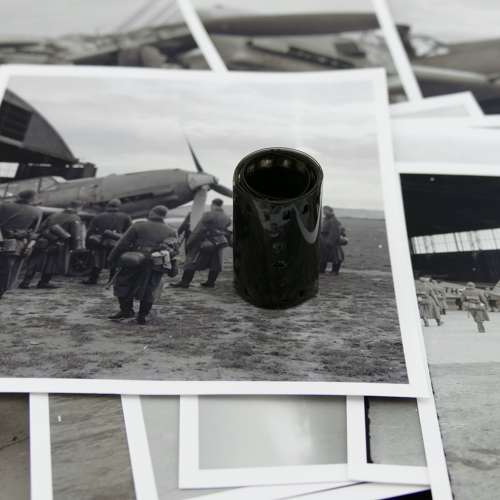 Small negative strip from a spool of Agfa Isopan ISS 35mm black and white film exposed during WW2.  There are 14 images and these have been printed out using modern photographic paper in order to view them properly.  Six show a Me109 fighter with troops around it.  Most of the others are of a Bucker Bu131 biplane training aircraft and a couple show a Fiesler Storch.  Those of the 109 are particularly good.  Rare original unpublished negative /images.  Stock code P24211.