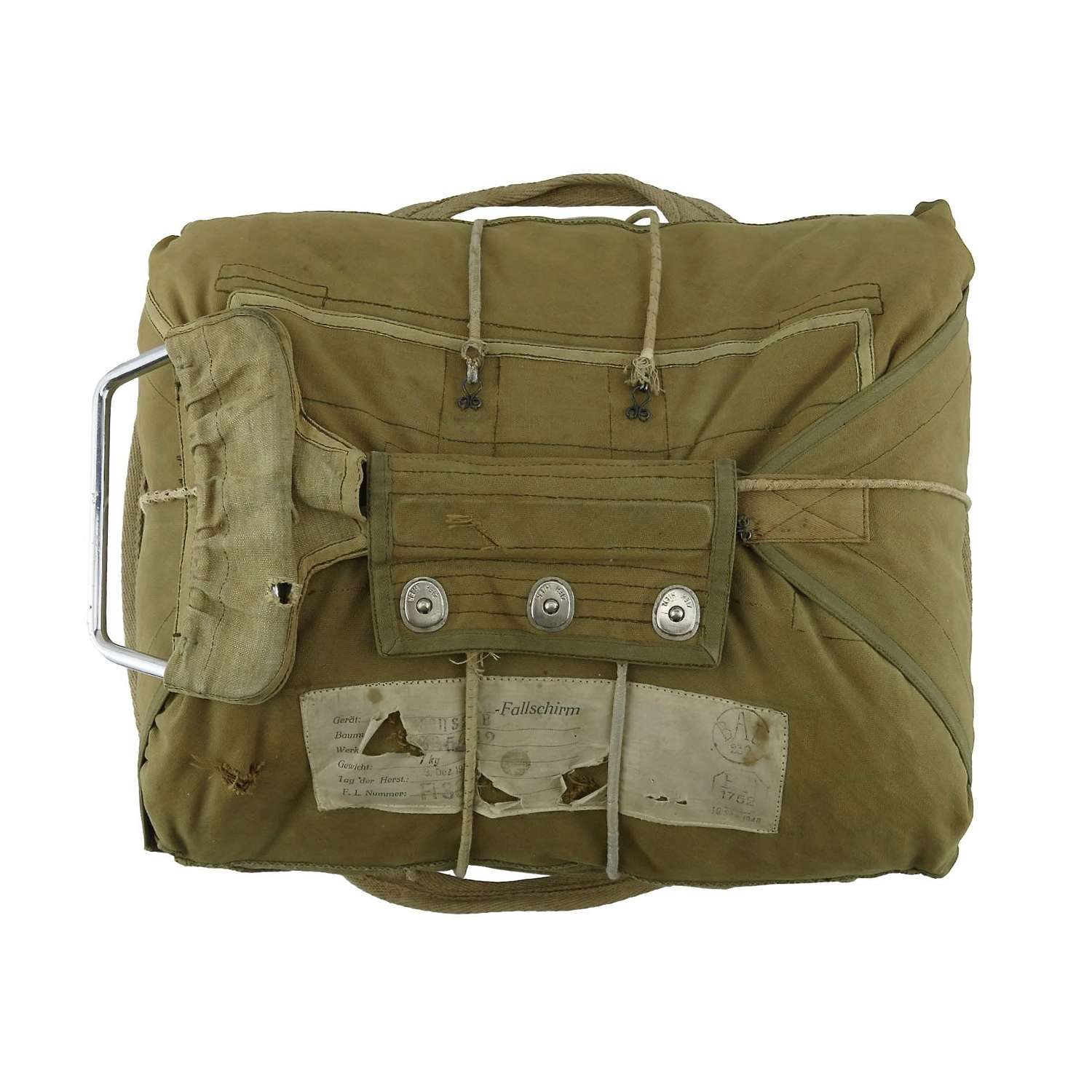 Luftwaffe Brustfallschirm, Type 30 II S24B, Fl. 30210.  Olive green  cotton canvas pack as used with the chest type parachute harness.  The pack is generally in very good condition bar a few minor fray holes and wear commensurate with age.  It has webbing 'grab' handles on all four sides and an integral rip-cord housing complete with original nickel plated ripcord handle and ripcord.  The pack is complete with a set of elasticated bungees, although some of these are rather stretched. The label has some tears and missing fabric but most remains legible.  It clearly shows the manufacture date as 3rd December 1937 with a later inspection date of 10th September 1940.  The pack contains the original 24' off-white coloured silk canopy complete with rigging lines terminating with cadmium plated rings ready to attach to a harness.  This is in excellent condition and clearly marked with manufacture details, date and serial number.  The latter two are identical to those on the pack indicating that these have always been together and have not been matched up at a later date.
Early Luftwaffe harnesses were similar to those used by the U.S. Air Corps with sprung clip/ring fastenings but from 1937, the British firm Irvin were contracted to supply Germany with parachutes. The Germans then continued to copy and produce their own versions of British parachutes after war broke out, hence the almost identical appearance to those used by the RAF.  They also featured a copied RAF quick release (QR) box,  although the Germans added a safety 'key' to prevent accidental depression and potential premature release.
This extremely rare pack could have been used throughout the Battle of France and the Battle of Britain.  A superb display piece.  Stock code S25219. 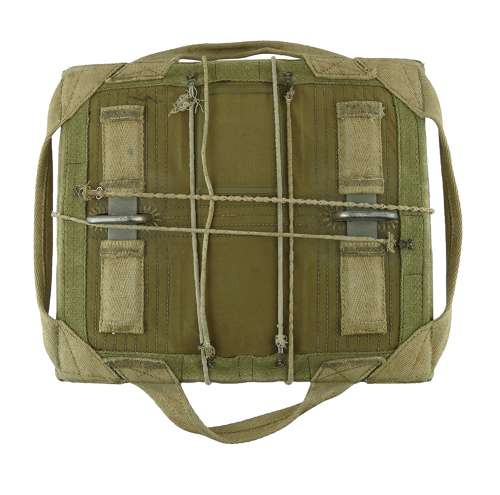 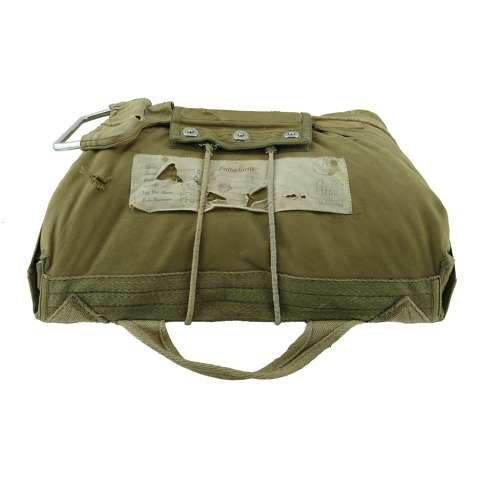 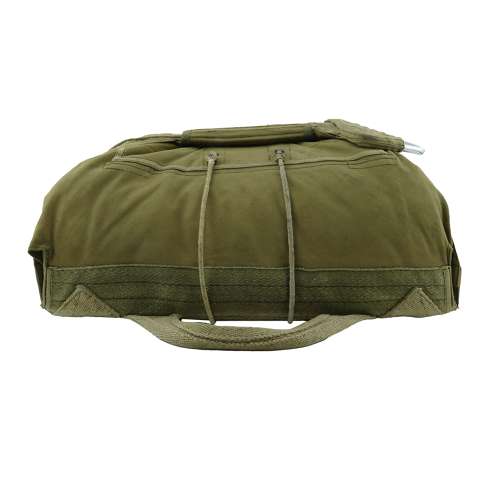 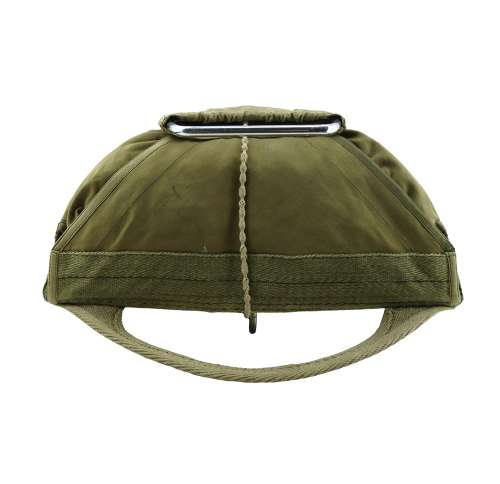 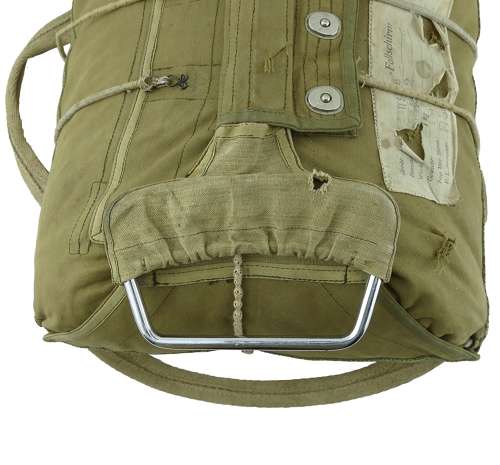 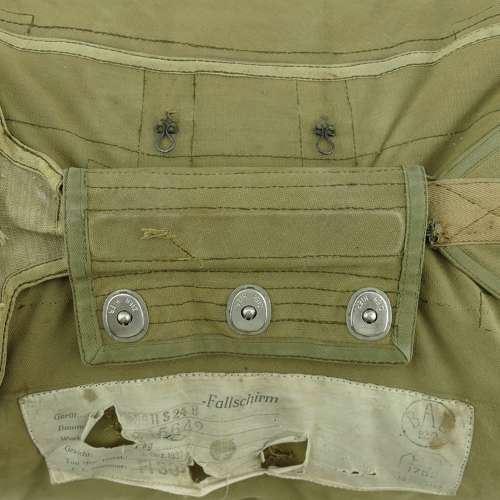 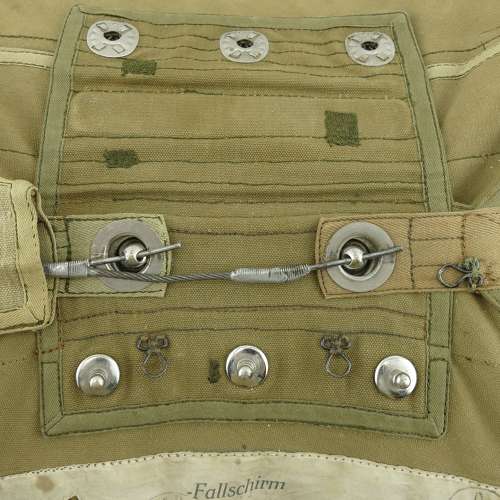 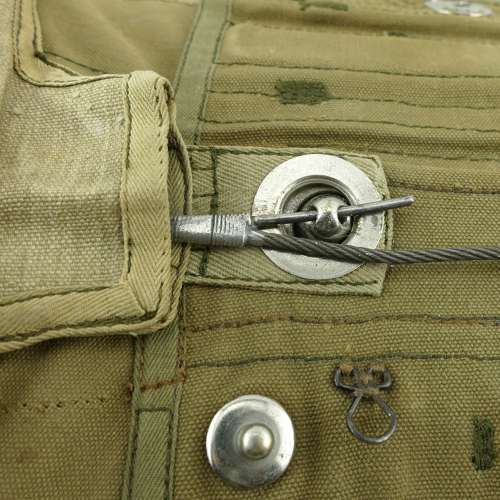 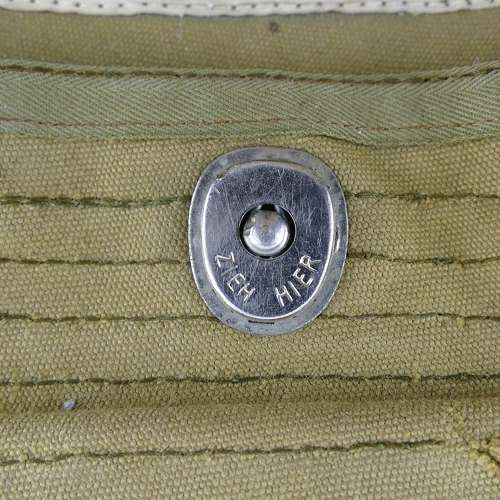 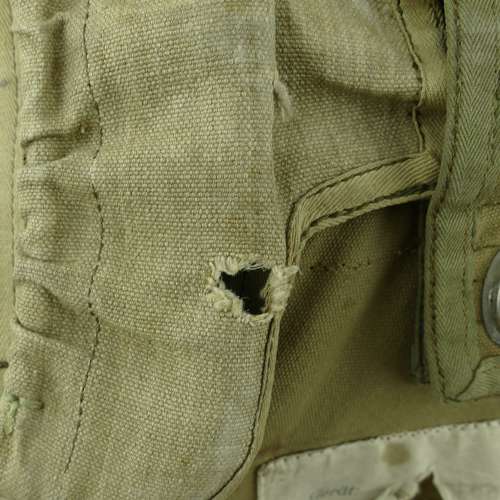 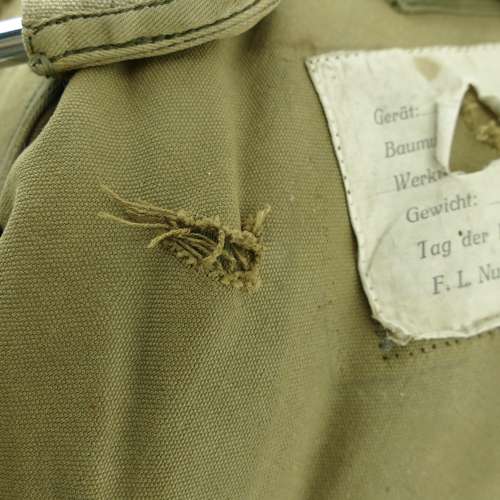 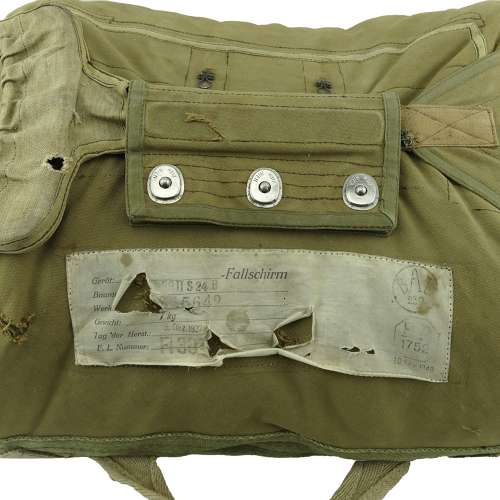 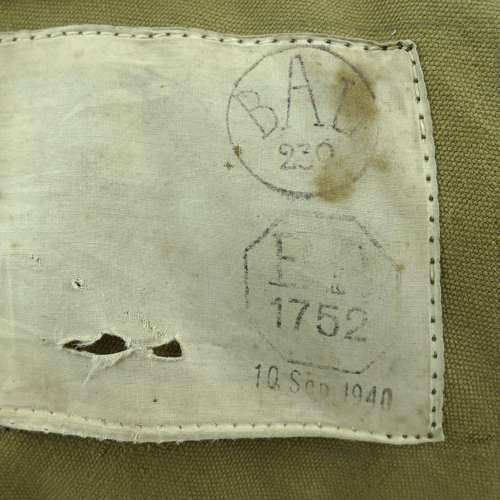 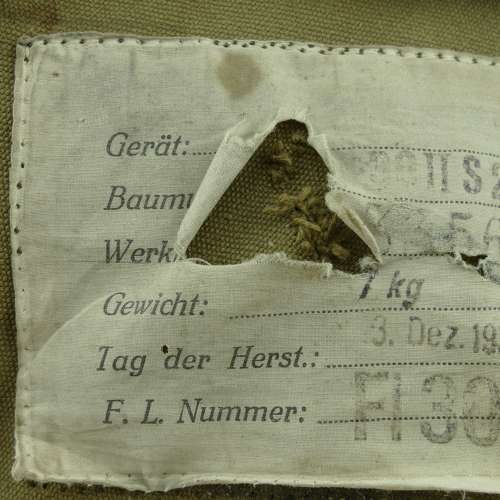 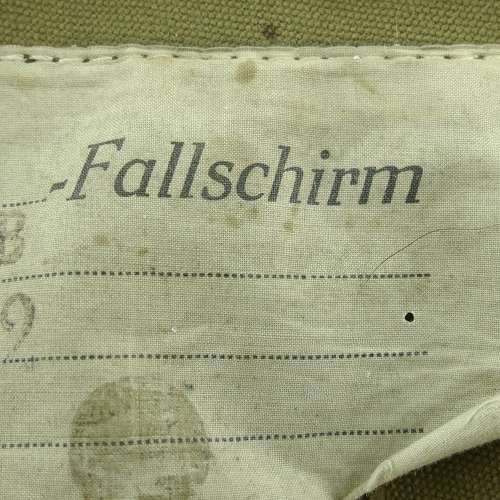 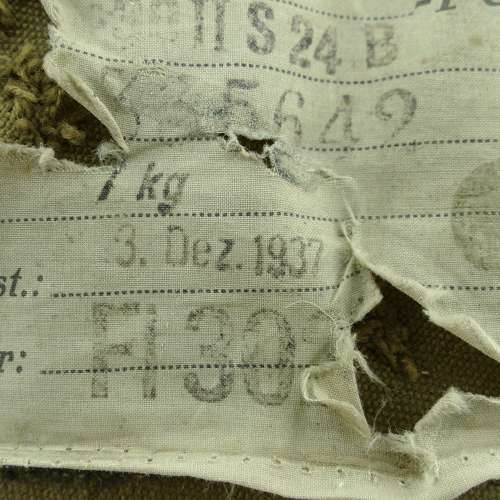 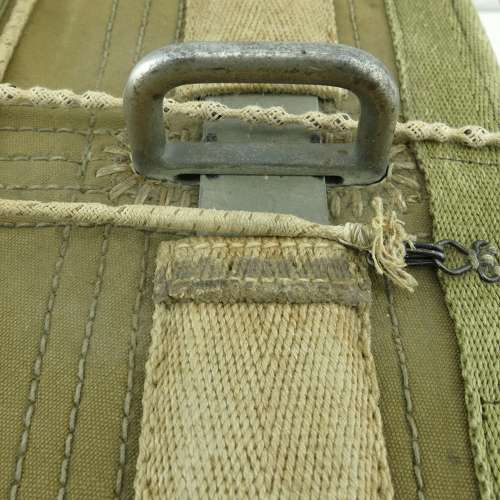 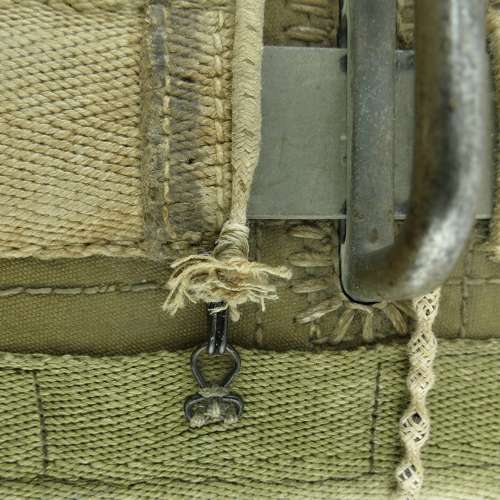 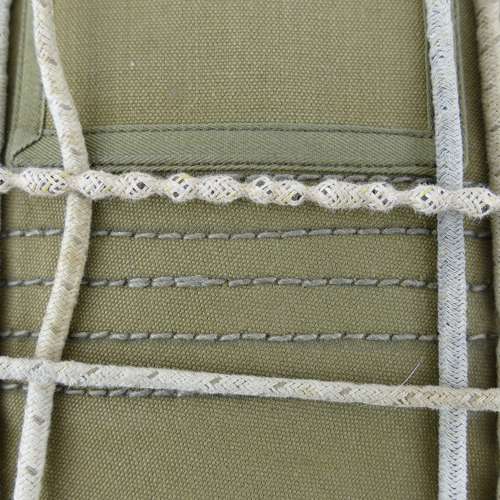 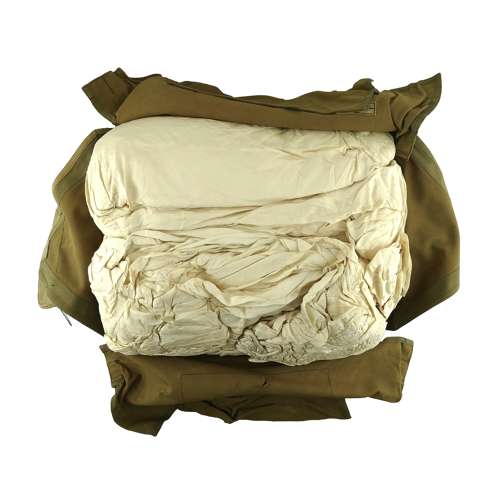 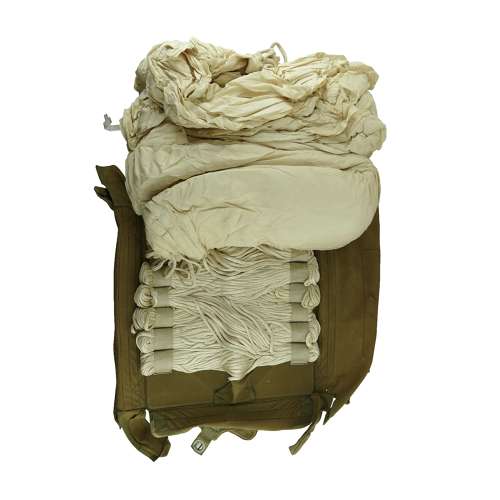 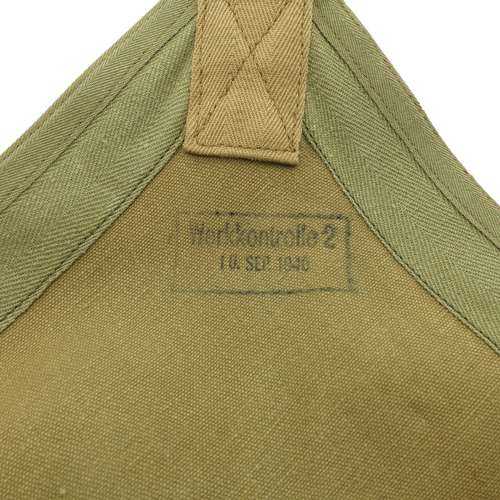 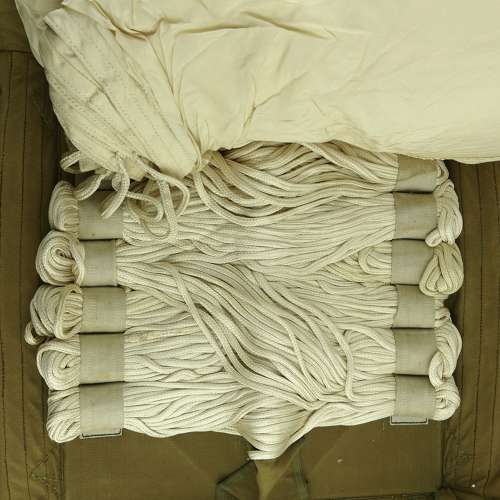 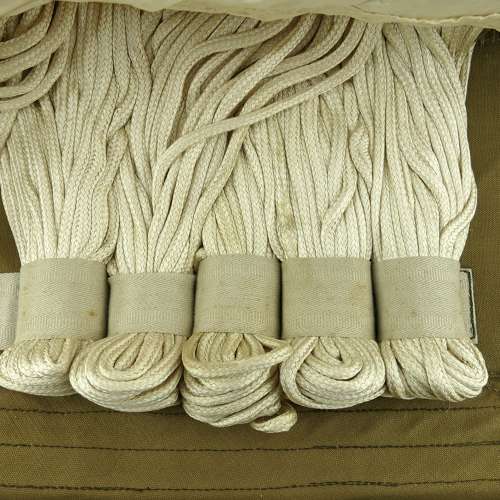 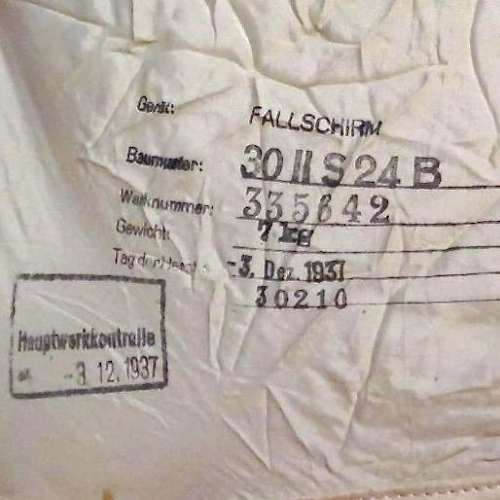 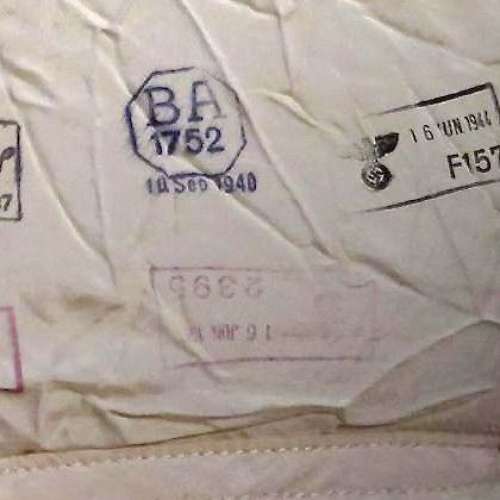 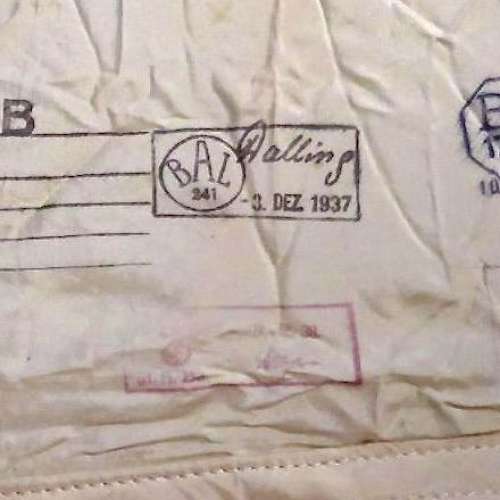