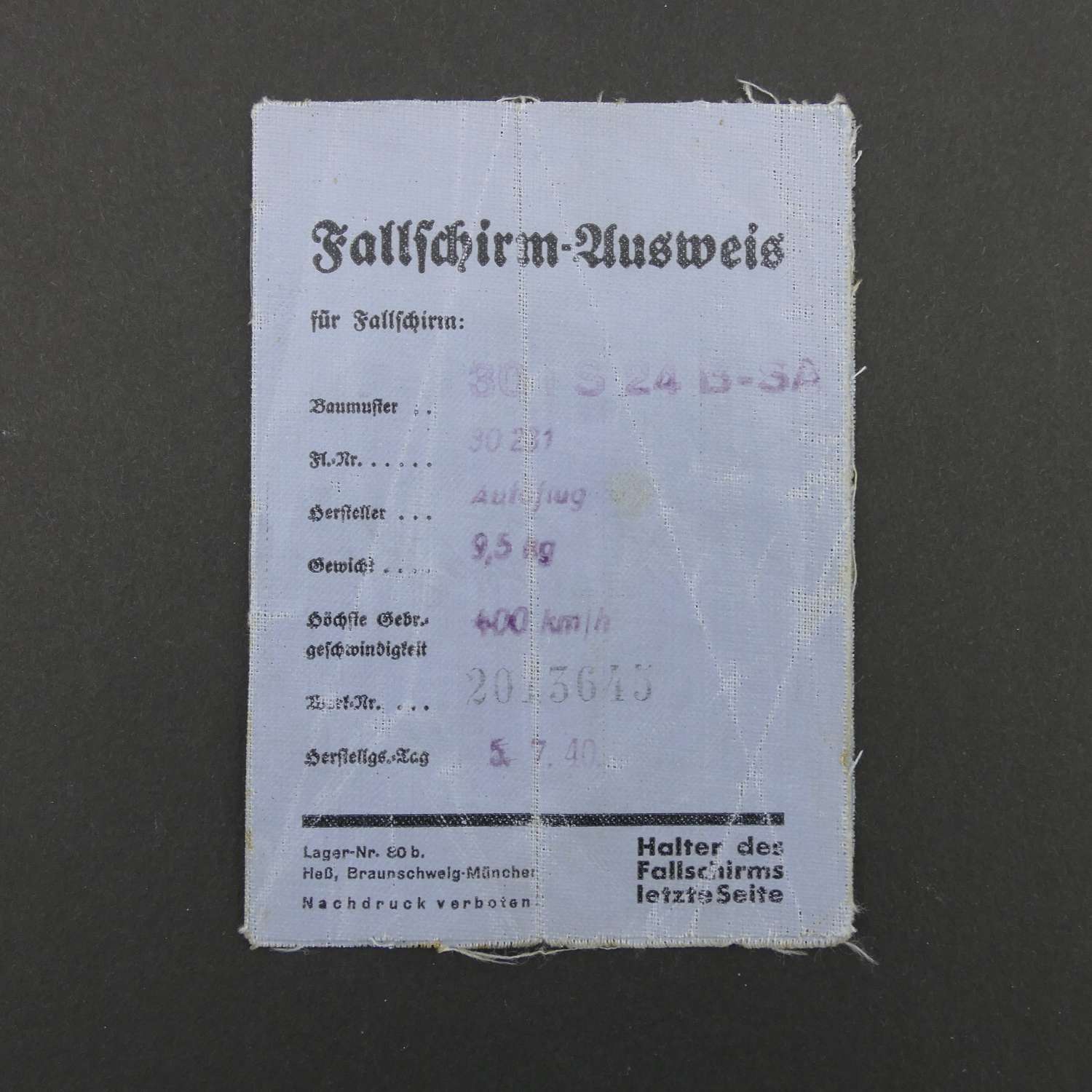 Luftwaffe Fallschirm-Ausweis.  Fabric 'logbook' approximately 7.5 x 10.5cm for the seat-type parachute pack.  Printed with details / serial number and dated 5th July 1940.  It also has later inspection dates inside for August and September 1940.  The logbook relates to an incident that took place during the Battle of Britain.  On the afternoon of Friday 27th September 1940 fifty five Ju88s of I and II Gruppen, Kampfgeschwader (KG)77 were taking part in a large daylight raid over London.  One bomber, Ju88A-1  (No. 088 8099) piloted by unteroffizier Fritz Ruhlandt was hit by anti-aircraft fire and lost one engine.  Lagging behind the rest of their formation they fell prey to RAF fighters and were attacked by three Spitfires over Faversham in Kent.  This resulted in the loss of their second engine and being too close to the ground to bail, Ruhlandt undertook an emergency landing in Graveney Marsh, close to the Sportsman Inn.  All four crew survived and subsequently attempted to destroy their aircraft on the ground, apparantly using one of its machine guns.  A local platoon of the 1st Battalion London Irish Rifles was despatched to secure the site and engaged fire with the German airmen, eventually taking them captive and protecting the bomber from further sabotage.  This parachute logbook was given as a memento by one of the British soldiers to a waitress at the Sportsman Inn who had gone outside to see the prisoners as they were taken away for questioning.  It comes with two handwritten letters from the waitress in which she describes seeing the crash, being told to take cover and being given the logbook. It also comes with a magazine clipping relating the the Ju88 crash.  A rare opportunity to own a small piece of Battle of Britain history.  Worthy of further research.  Stock code P24281. 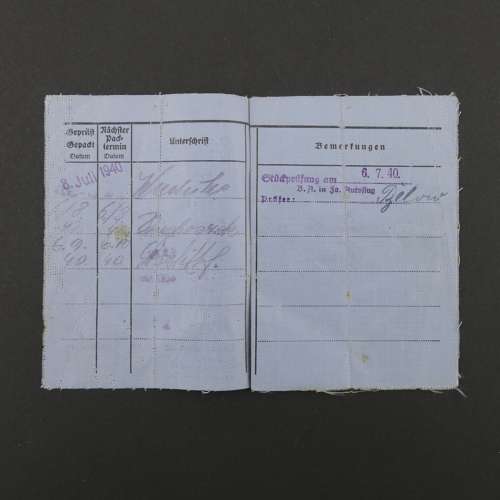 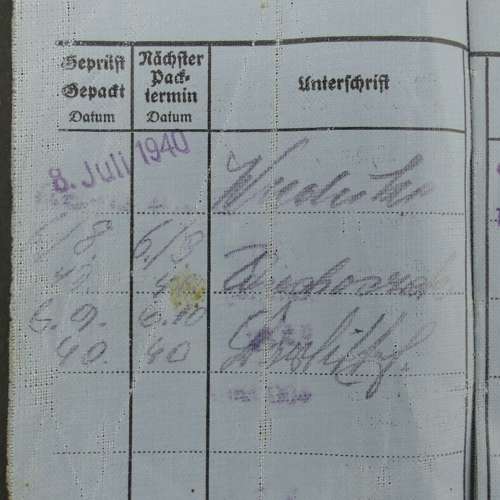 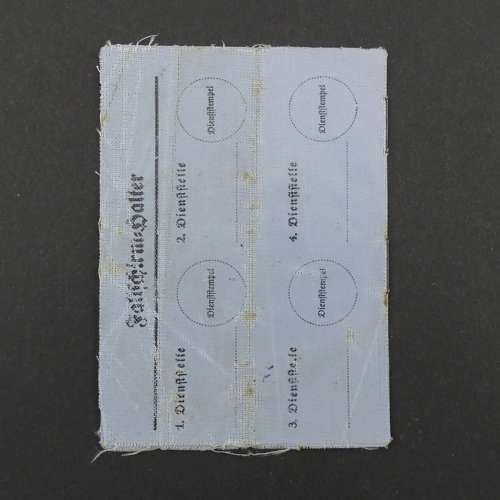 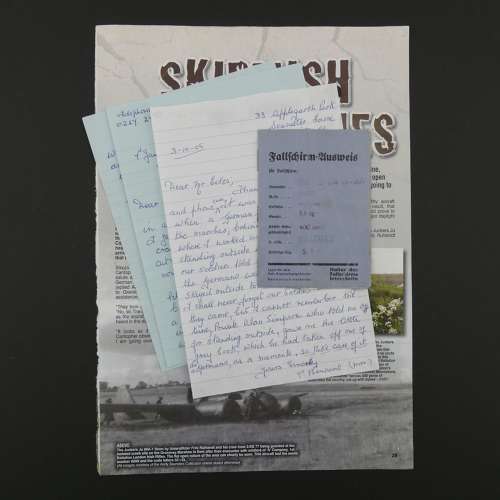 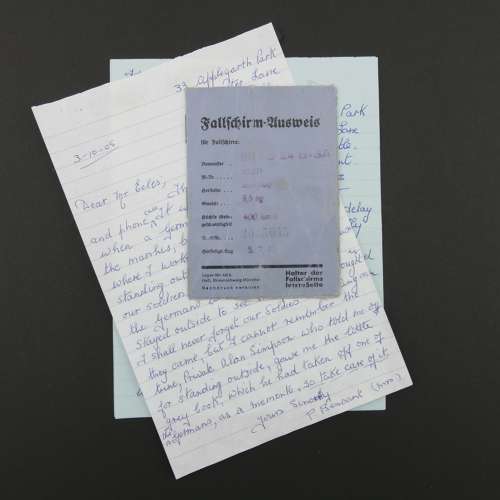