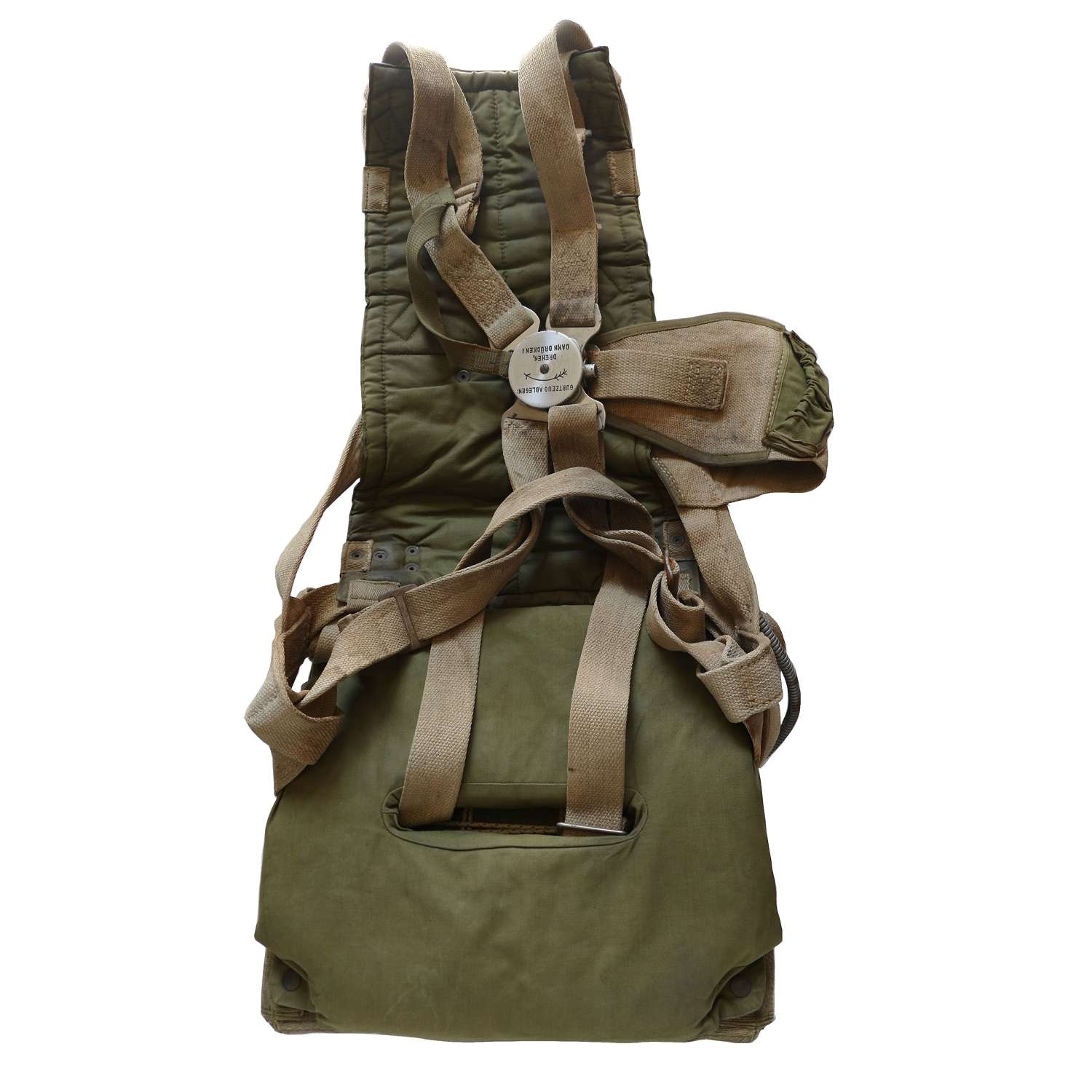 By Autoflug of Berlin. Luftwaffe Sitzfallschirm, Model 30 IS 24B SA (Fl. 30231).  From 1937 the British firm Irvin were contracted to supply Germany with parachutes. The Germans then continued to copy and produce their own version of the seat parachute after war broke out - hence the almost identical appearance to those used by the RAF.  This parachute was worn by fighter pilots in Me109s and Ju87s but also by other crew in aircraft with the bucket recess in the seat.  It features the copied RAF quick release (QR) box although the Germans added a safety 'key' to prevent accidental depression and potential premature release.  The webbing harness is labelled 'Fallschirmgurt' (Parachute Harness), Autoflug Berlin, Bauart (design/type) Irvin'.   It also has the serial number number '2042227' and is dated 17th August 1942.   It has the correct QR box with engraved German text reading 'To Release harness : Turn and push'.  Text on the side of the box reads 'Gesichert' (Safe) and 'Ensichert' (unlocked). The safety 'key' is attached via a narrow webbing lanyard secured to the harness and a wide canvas webbing waistbelt carries both the QR box and ripcord housing. The olive green reed linen pack is complete with label marked 'Sitzfallschirm, Baumuster (type) 30 IS 24B SA, Anforderungszelchen Fl 30231, Werkenummer 2042227'  and is dated 14th August 1942 with a further date of 17th August 1942.

The harness webbing is a bit grubby and has some some rust marks that have transferred from the surface corrosion on some of the metal componants.  The QR box is fully functioning and the rip cord housing is present (rip cord and handle absent).  The empty pack is generally very good and comes with a set of bungees.  There is some material missing from one of the edge flaps (not seen when packed) and some minor fraying but nothing serious.  The assembly is completed with the correct canvas backpad and seat cushion, marked 'FL412703', both in very good condition. The harness and pack have the same serial number indicating these have always been together and have not been 'put together'. To further prove this there is the original log book which has the same serial number and date mark.  It also has later inspection dates and Third Reich eagle stamps for August 1943, 1944 and 1945 and is in excellent condition.

The canopy is absent and the photographs show it packed with bubblewrap to give shape.  It is extremely difficult to find Luftwaffe parachute kit and this is near complete and in very good used condition.   Buy it while you can.  A superb display piece. Many more photographs are available on request and we recommend you viewing these before committing to buy. Stock code M24444. 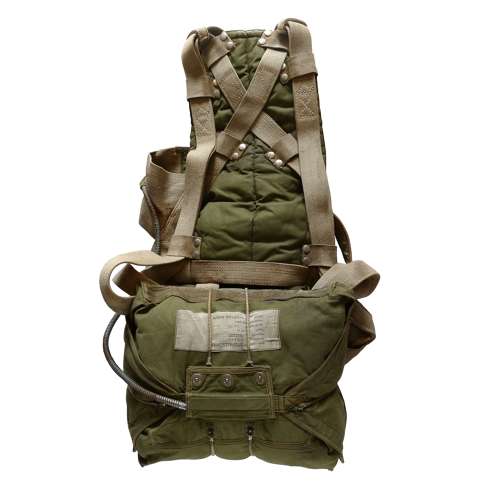 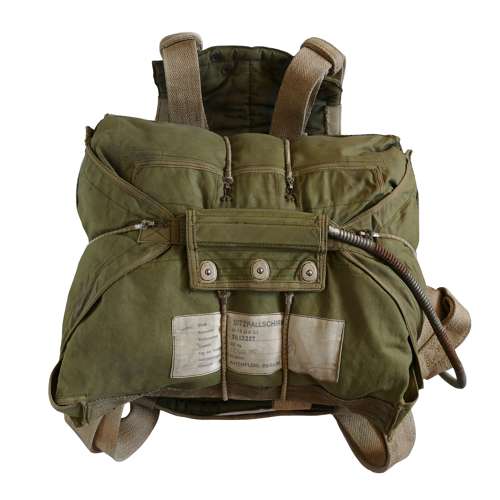 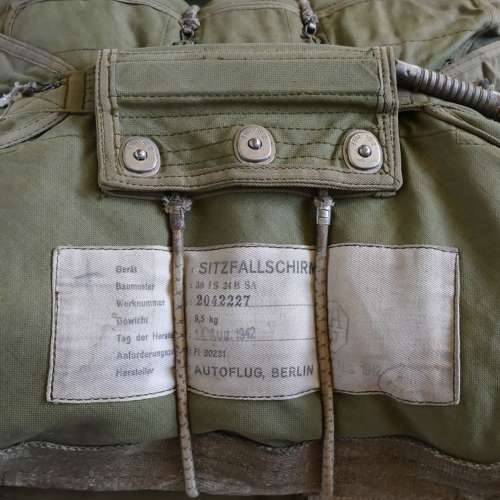 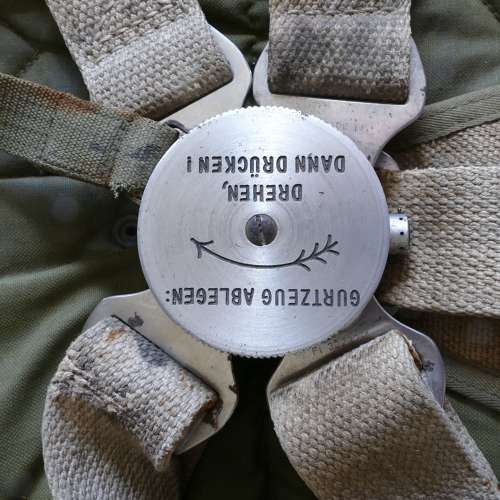 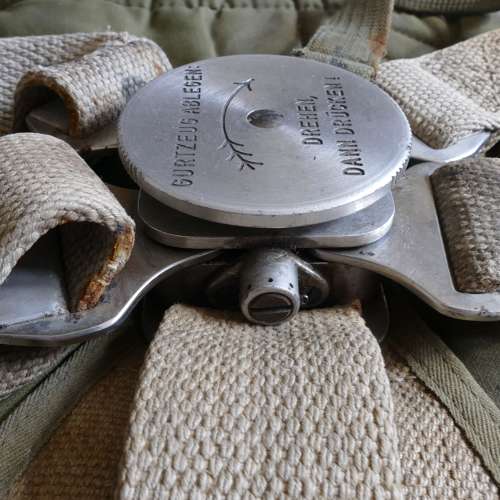 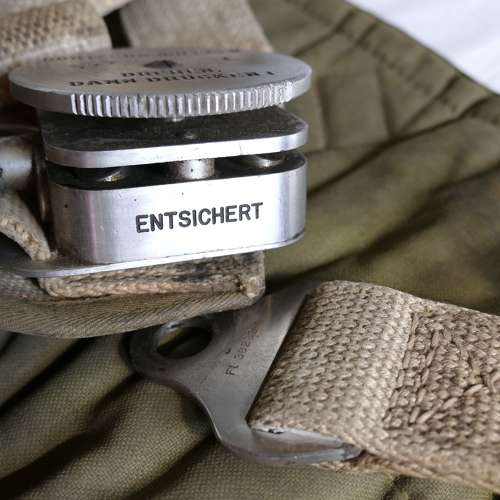 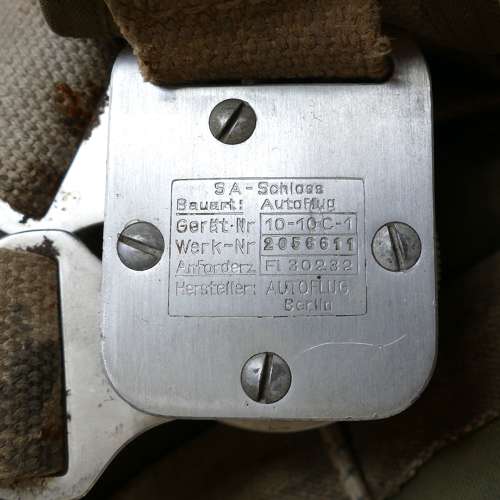 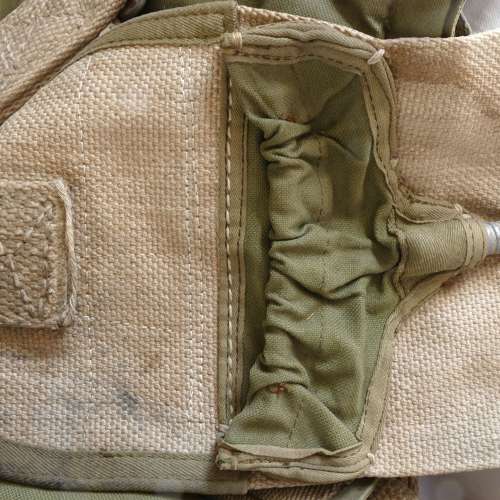 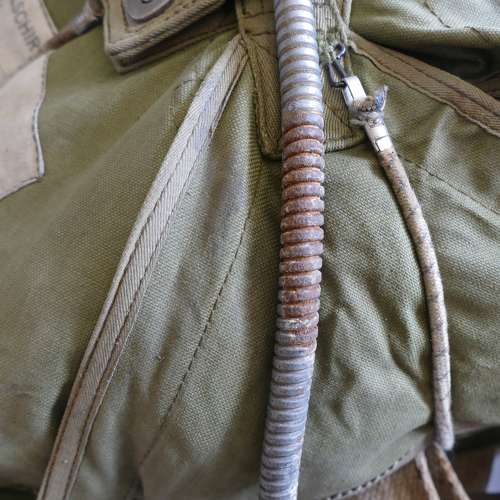 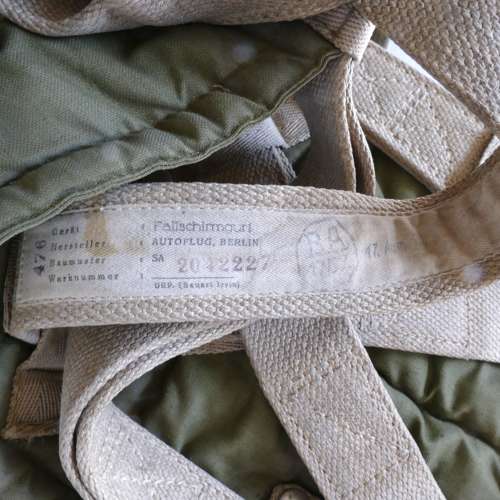 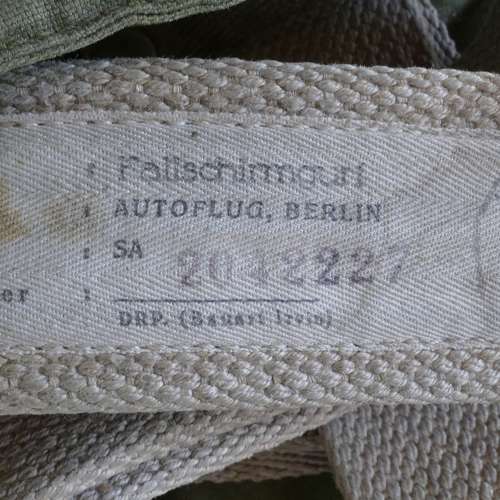 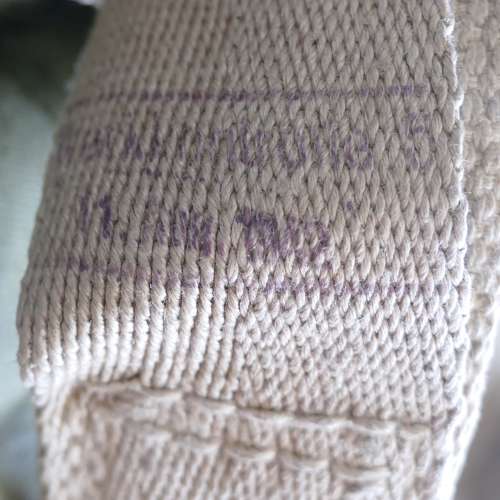 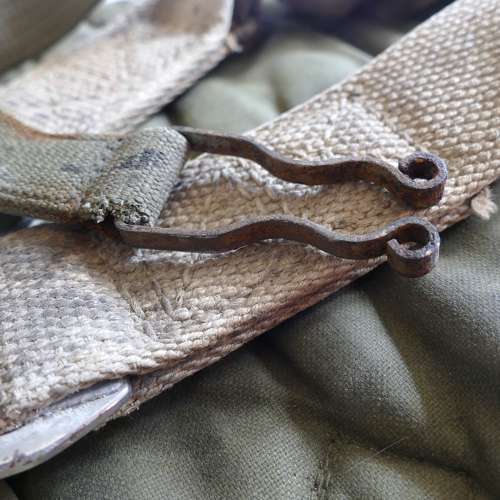 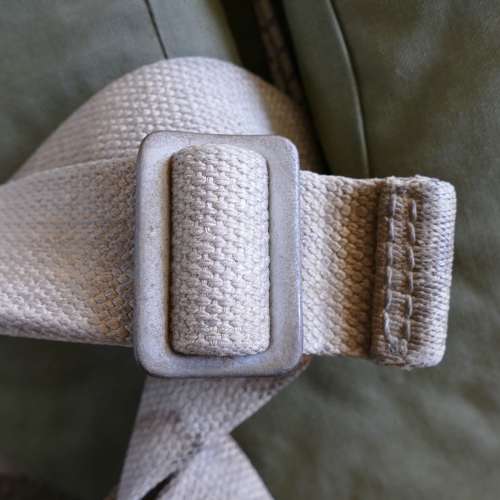 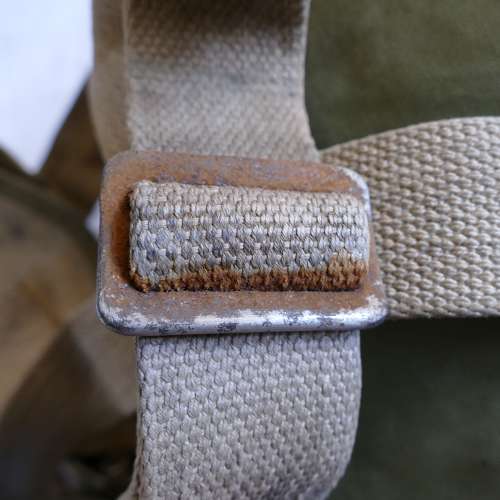 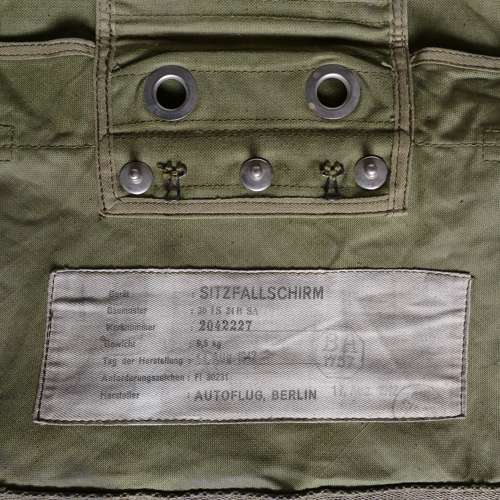 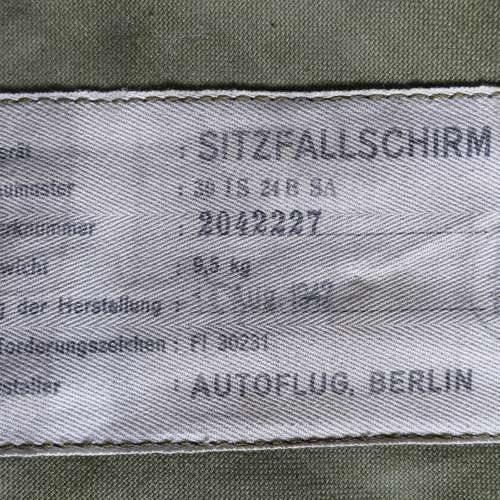 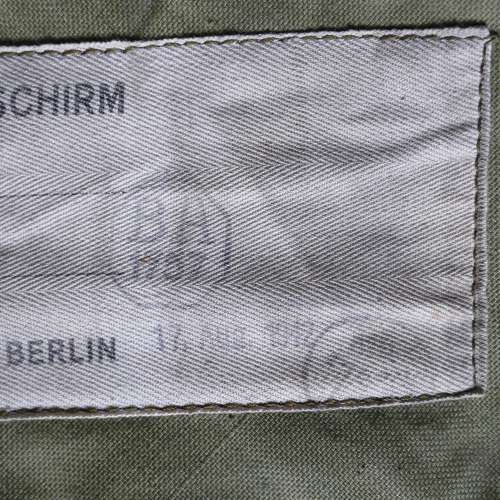 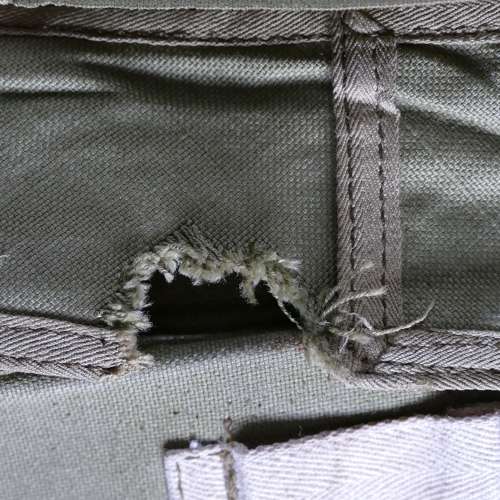 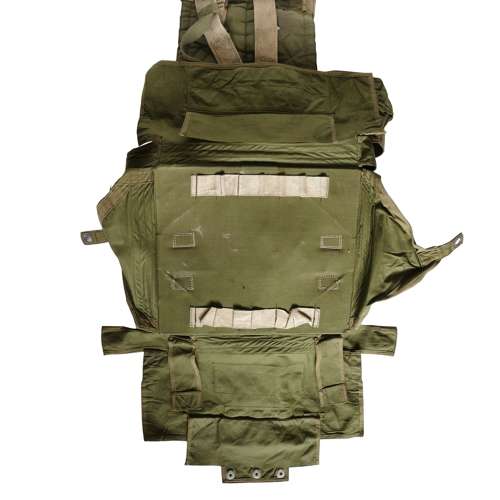 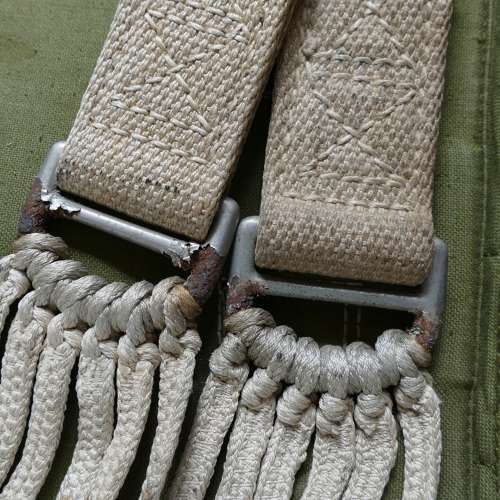 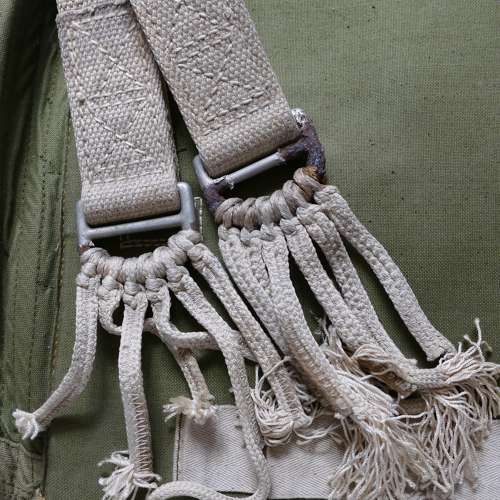 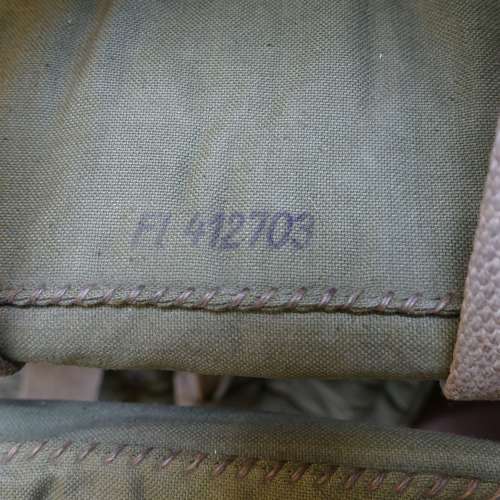 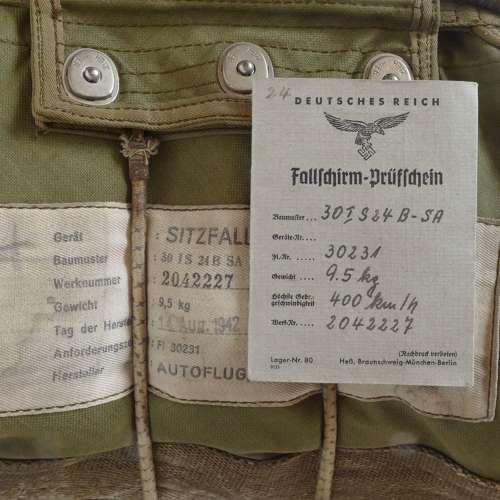 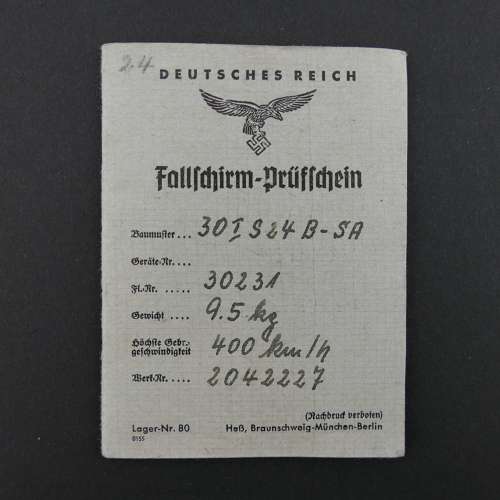 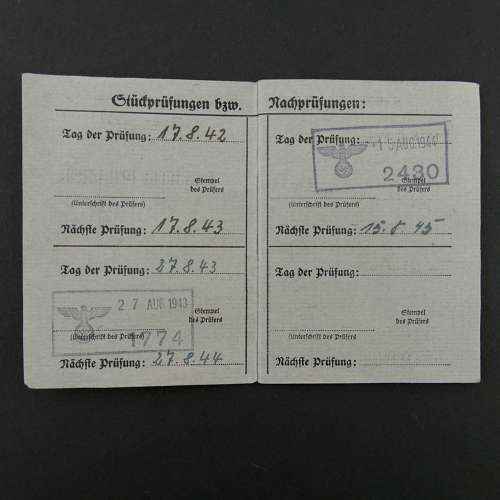 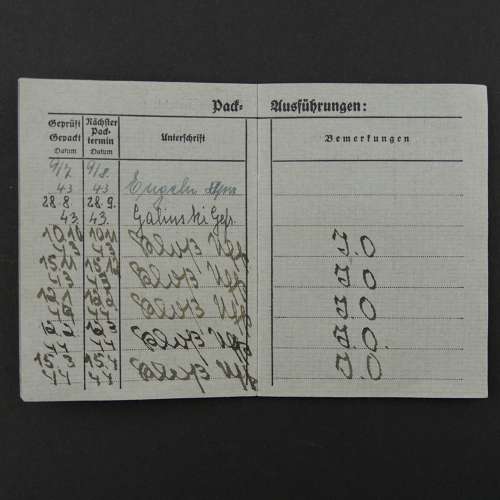 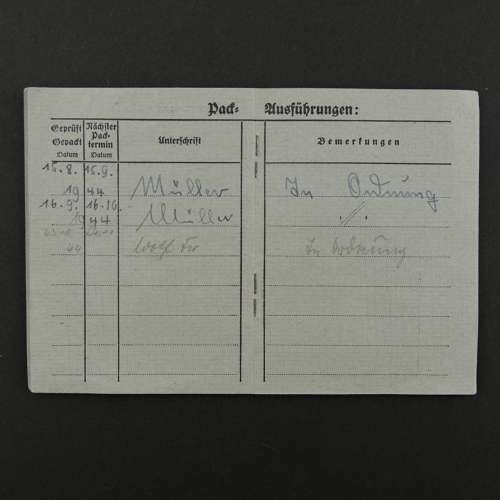 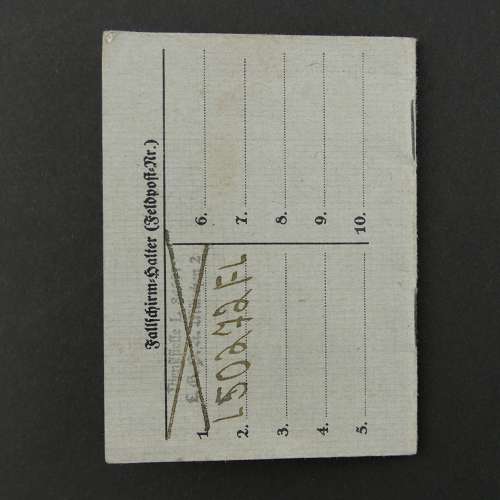