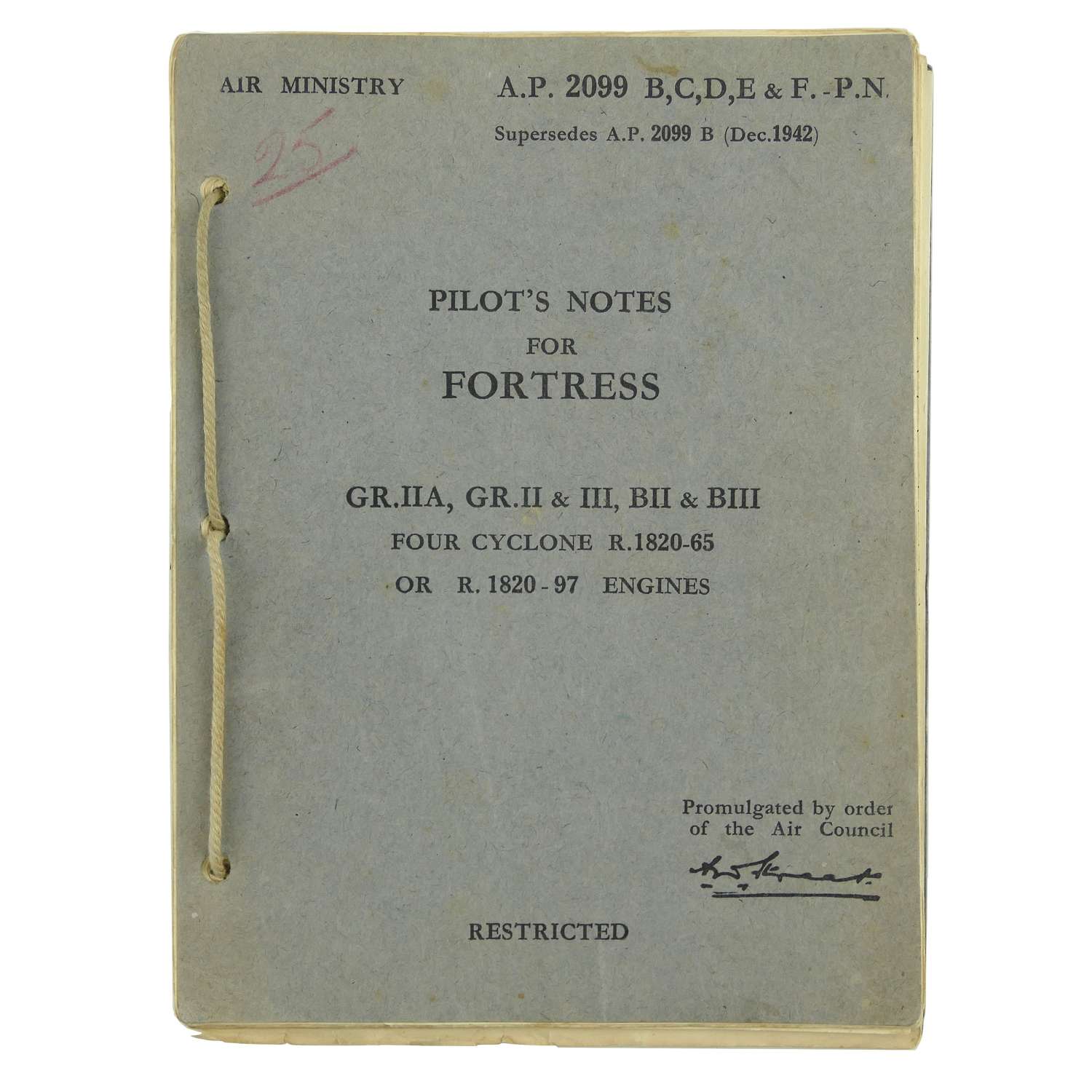 A.P.20999 B,C,D,E & F.  Pilot's Notes for Fortress GR.IIA, GR.II & III, BII & BIII with Four Cyclone R.1820-65 or R.1820-97 engines.  Marked 'Restricted' and dated May 1944 with amendments added up to January 1945.  Supercedes notes issued in December 1942.  Thick paper backed, loose-leaf format approximately 15 x 20.5cm.  This is an unusual British version of the pilot's notes for the USAAF B-17 Flying Fortress heavy bomber used extensively by the 8th AAF in Britain during WW2.  It covers fuel and oil sytems, aircraft controls, engine controls, operation controls plus handling of the aircraft, operating data, emergency procedures including jettisoning of the ball turret, bomb jettisoning, parachute exits, dinghies, crash axes etc.  There are five photographs in the back, some of which open out into a larger format, showing the cockpit and instrumentation etc.  Overall condition is good although the photograph sheets have pulled loose from the binding.  Stock code P24215A-4. 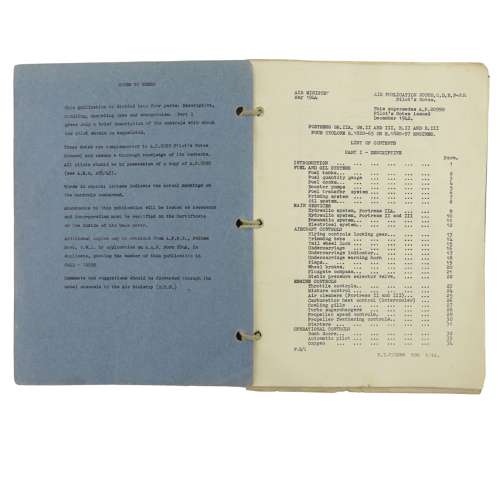 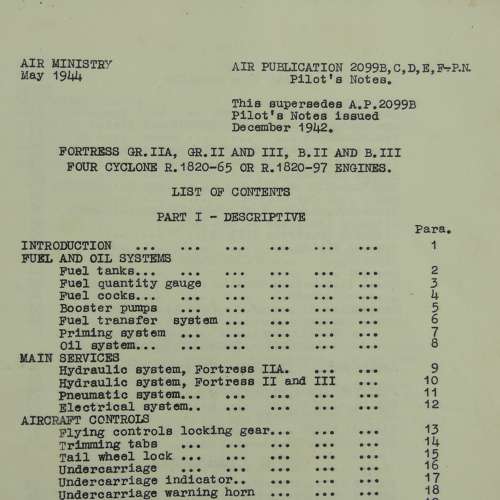 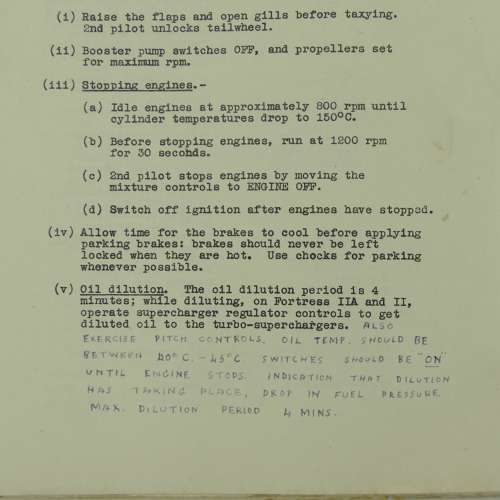 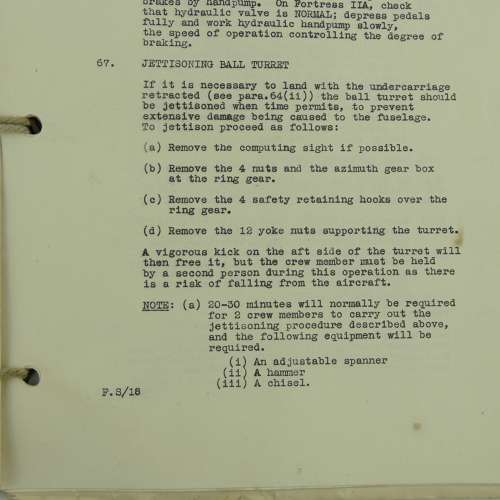 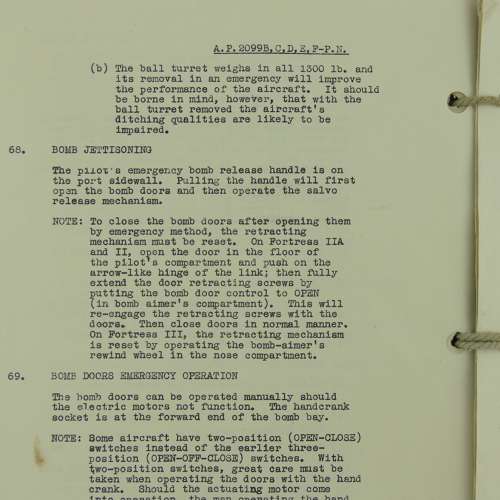 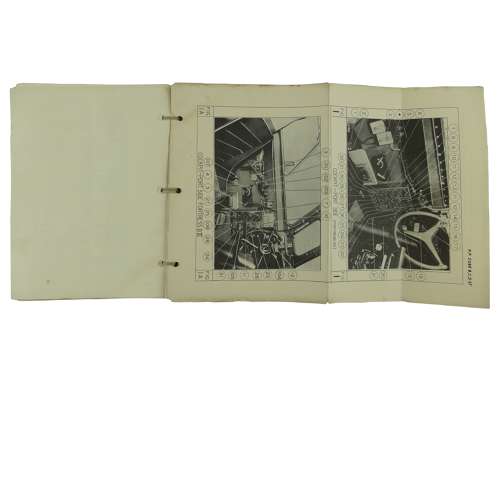 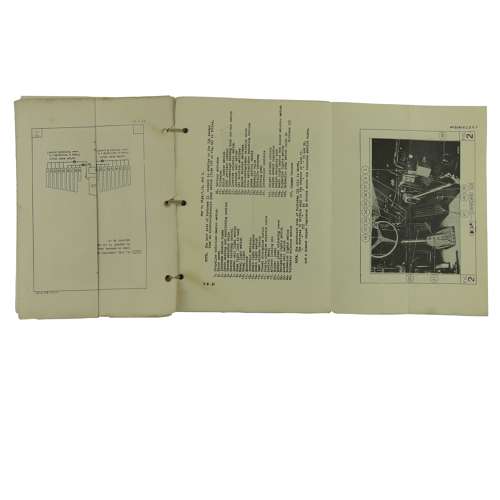 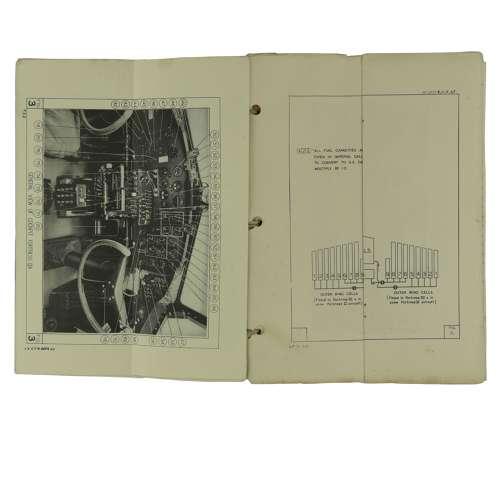 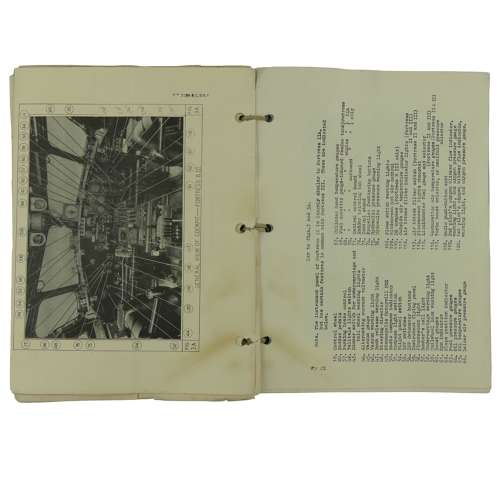 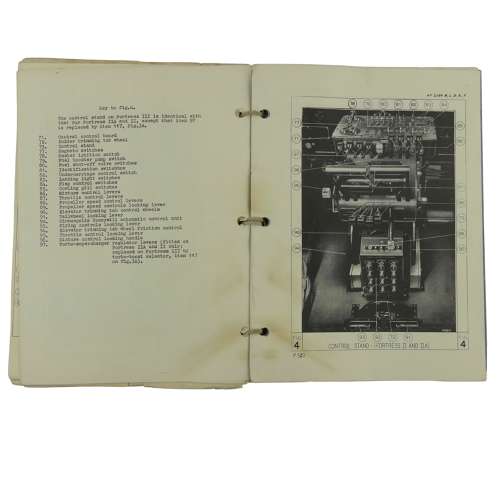 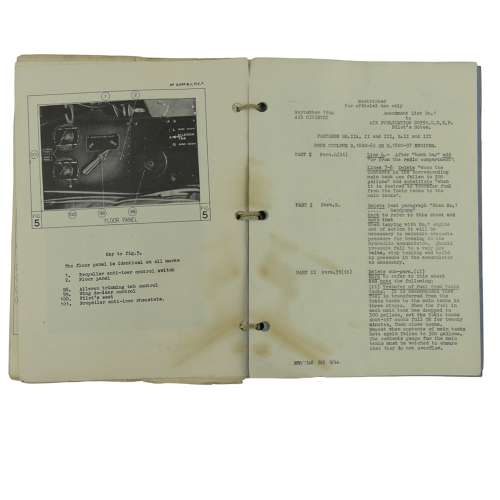 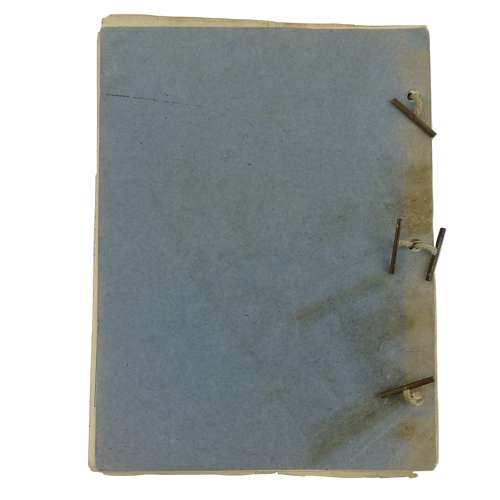