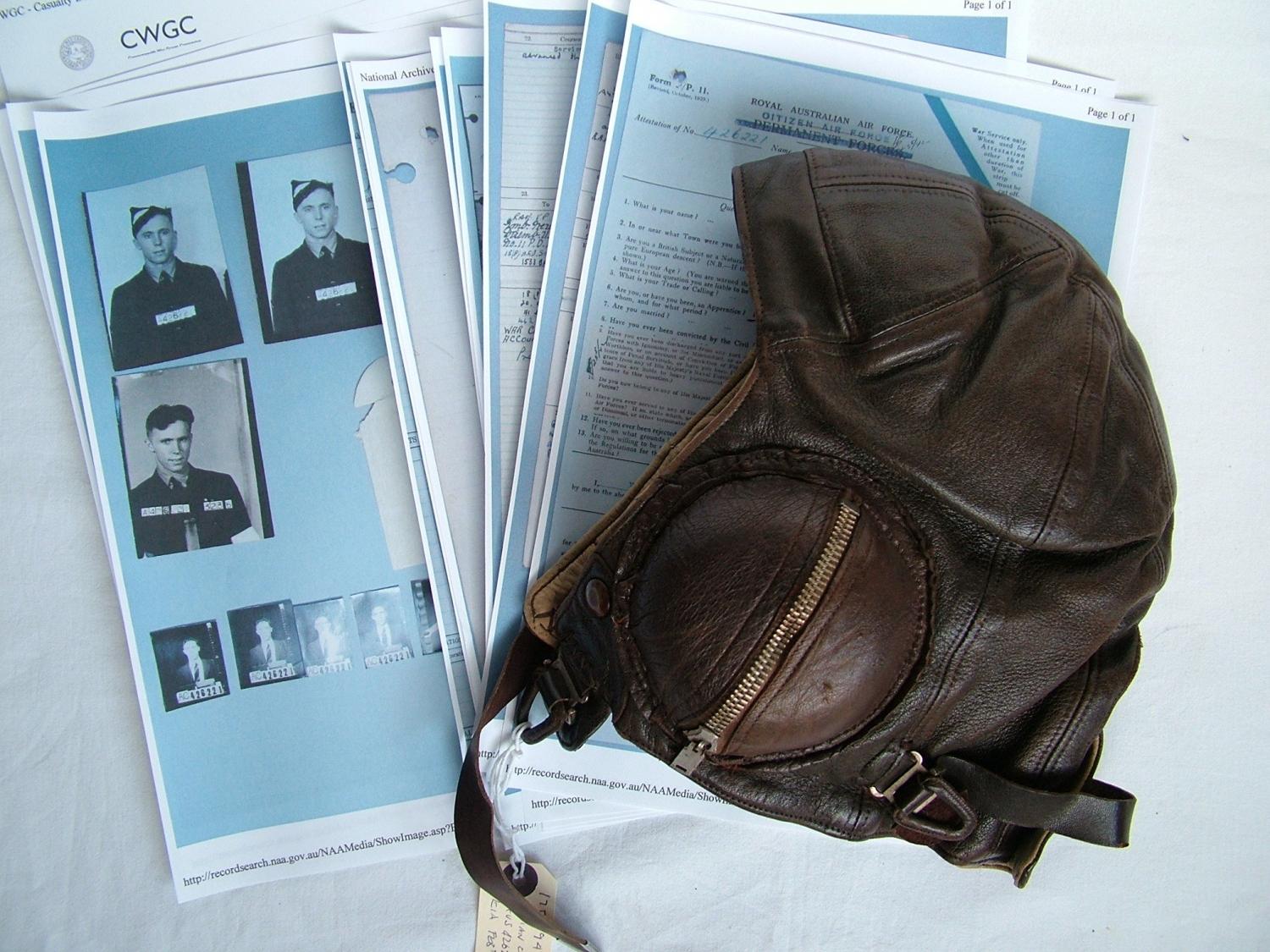 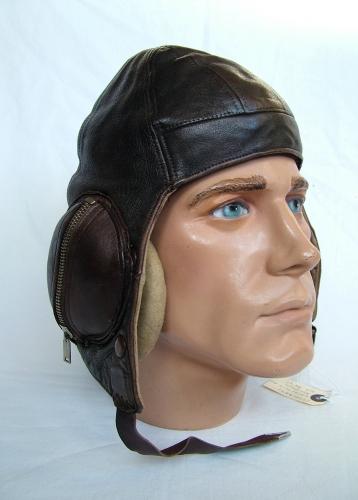 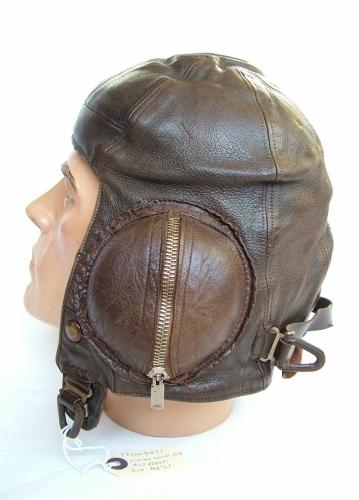 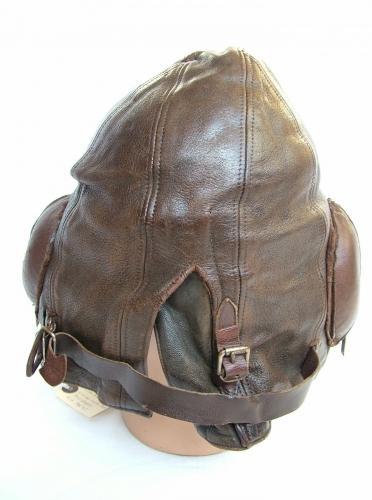 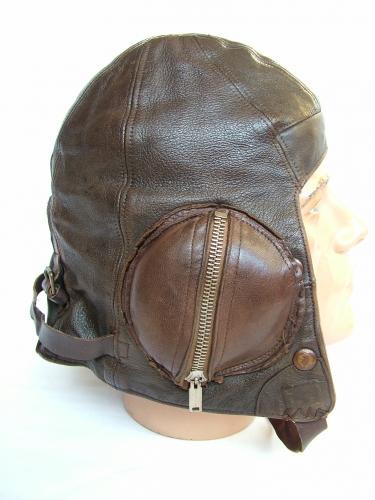 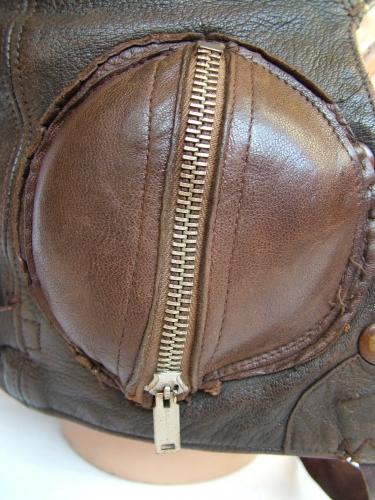 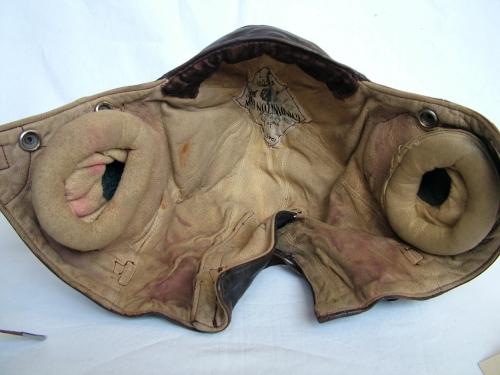 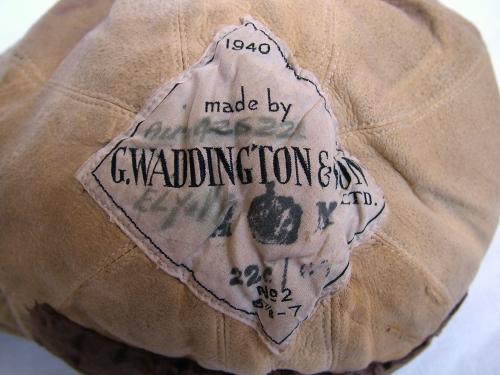 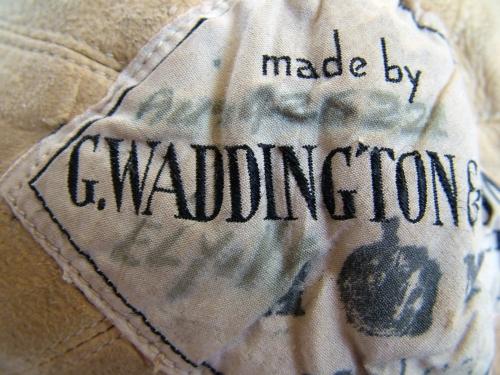 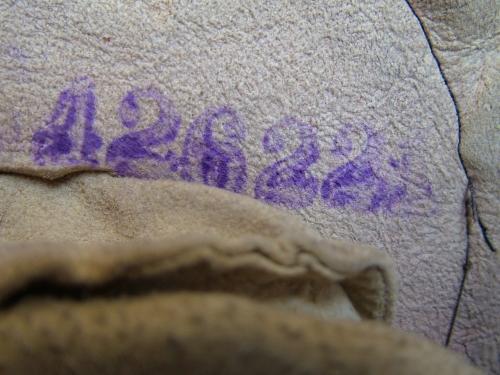 By G. Waddington & Son Ltd.  Size 2 (67/8 - 7).  1940 dated.  The overall appearance is very good. The leather is fully supple with lovely original chromed finish.  Minor scuffs and wear only.  Fitted with RCAF type zipped earpieces  - both are in good condition and with good zips.   The helmet would appear to have never been fitted with receiver carriers.  The chinstrap is good and complete with the metal end piece. Both Bennett buckles are equally good.  The helmet's chamois lining has relatively light soiling and remains in good condition.   It is labelled with the manufacturer's details, date and is also named to the owner 'V.C Ely, AUS426221'.  Vivian Clive Ely  was born in Australia in 1921.  He joined up in May 1942 and trained for as a pilot on the Empire Training Scheme in Canada gaining his wings in July 1943 as a probationary Pilot Officer.  By January 1944 he was a Flying Officer with No.14 SFTS at Aylmer, Ontario. He went via RAF Snitterfield, Warwickshire to join 462 Squadron RAAF flying Halifax bombers from Foulsham in Norfolk.   On the night of 24th/25th February 1945 Halifax MX461 took off with Ely at the controls on a bombing raid on Neuss in the Ruhr area of Germany. The aircraft, along with a further 9 from the squadron, failed to return and he and the crew were presumed dead.  Captured documents later established that Ely's Halifax was shot down at 1950hrs on 24th Feb at Anrater, near Krefield, Germany. All of the crew were killed.  Flying Officer Ely is commemorated on the Runnymede memorial, panel 283.   The helmet is offered unwired but does have RCAF foam rubber cushions fitted.  Wiring, receivers, microphones and jackplugs can be supplied at extra cost if required.   It is assumed that this helmet was issued to F/O Ely on commencement of his training in Canada and that the earpieces were added at that stage.  Clearly he had been issued with another helmet at some stage - probably when he moved from Canada to the UK in 1944.  The helmet comes with a reasonably comprehensive selection of documents from the Australian National records office detailing Ely's  enlistment, RAAF/RCAF/RAF career/movements etc.  A very nice helmet worthy of more research.     Stock code H19471.