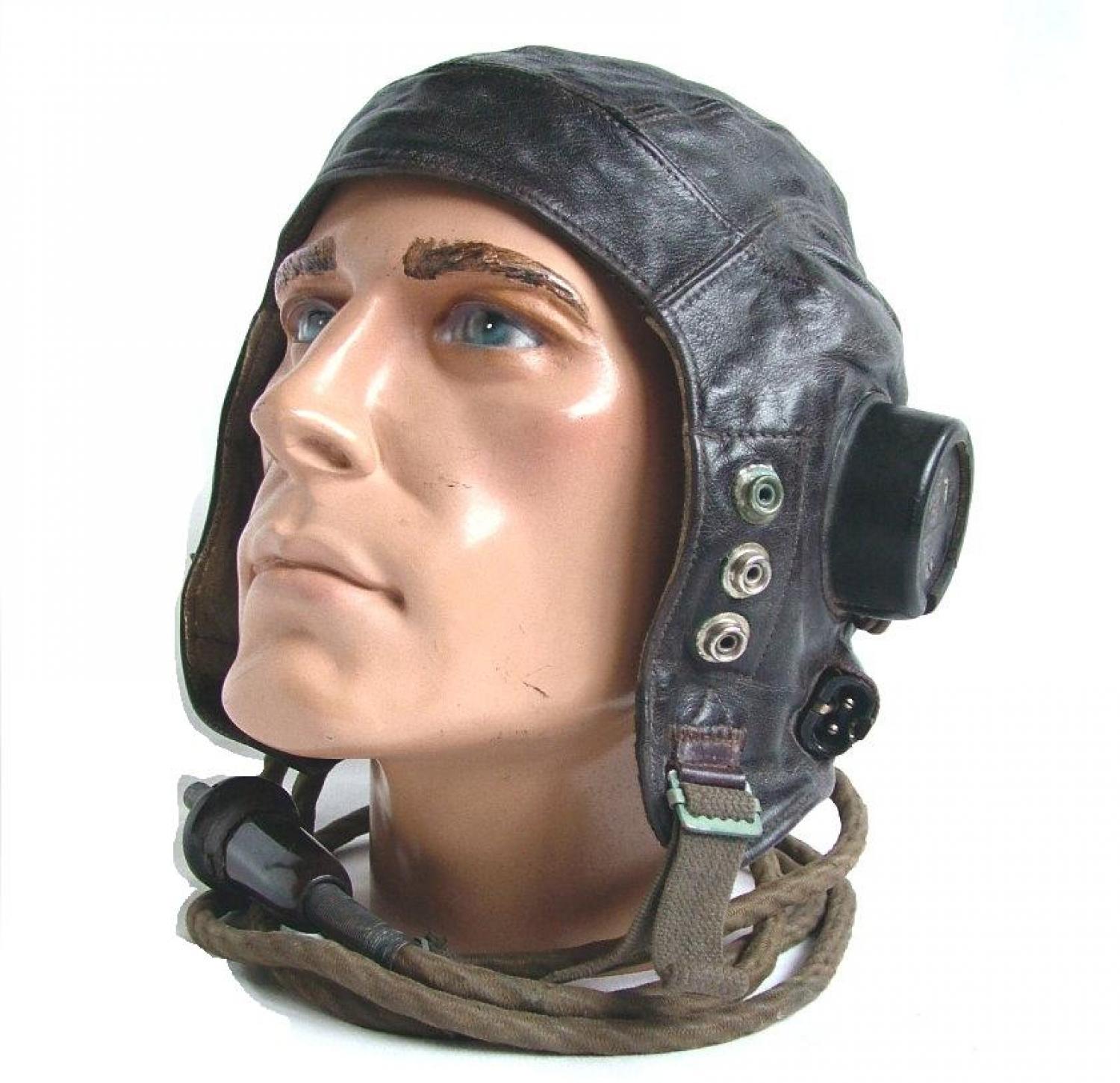 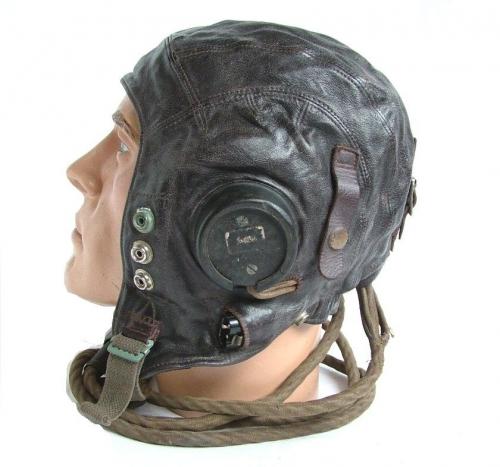 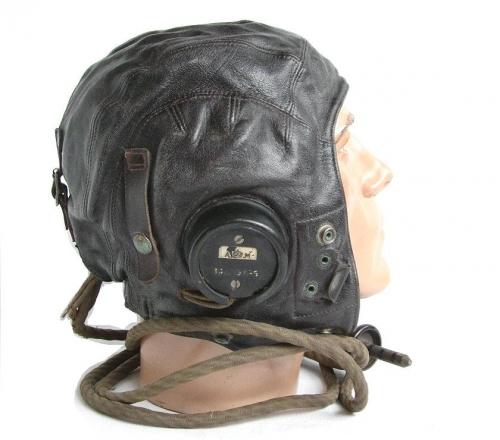 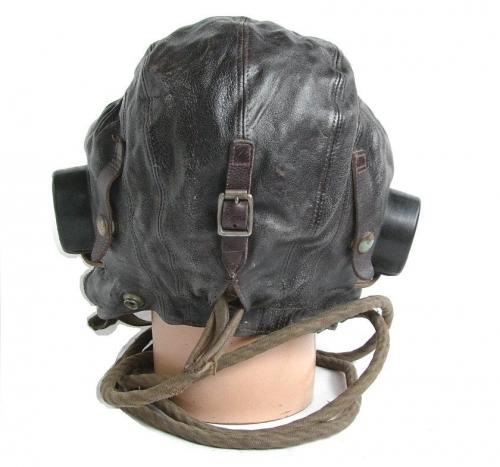 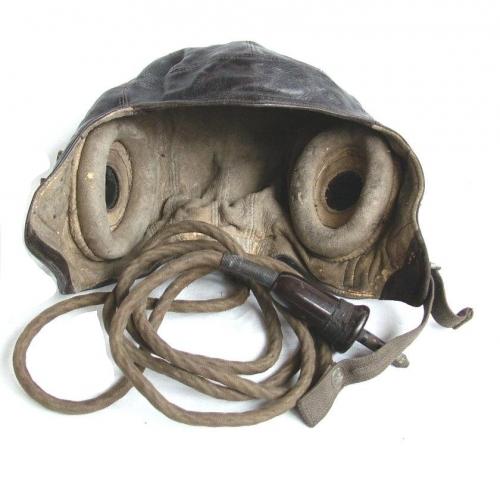 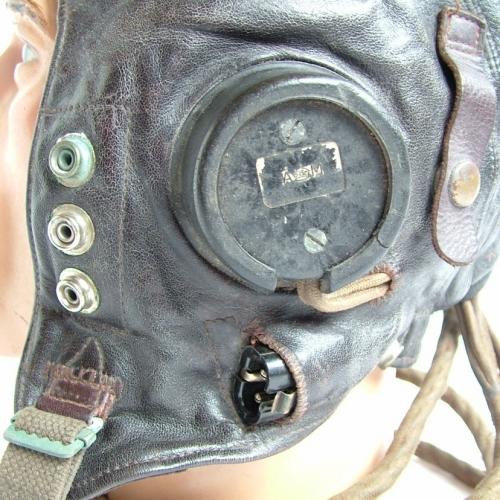 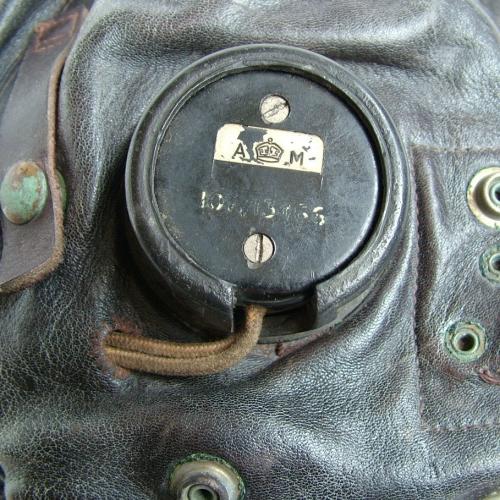 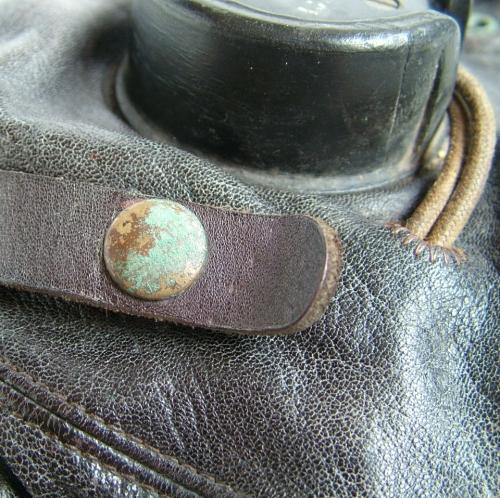 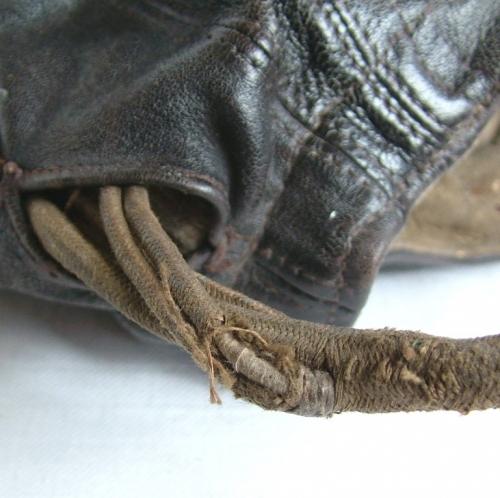 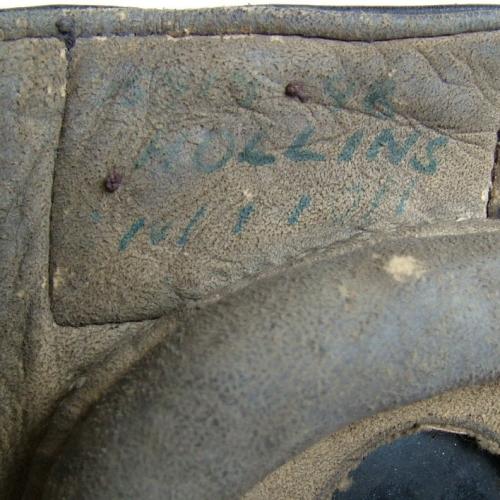 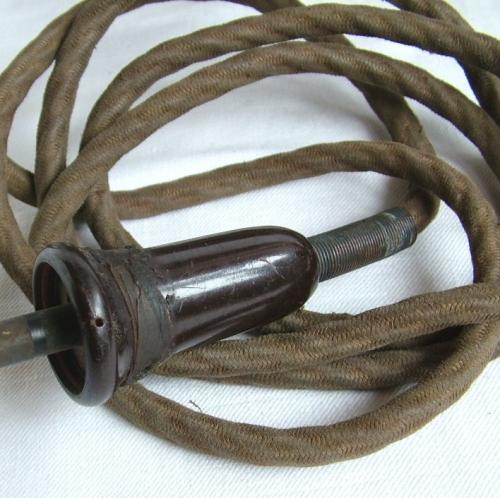 Stores Ref. 22c/880, Size 4. The leather is in quite good condition.  Although it feels a little dry and there is minor surface wear and rubbing there are no serious faults or damage.  All straps are good but have lost most of the original coatings on the press studs. There are light verdigris deposits on most metal parts.  The lining is rather soiled but undamaged. The rubber receiver carriers are complete but not as flexible as when new.  The chinstrap is a little grubby but retains colour and quite good elasticity. Fully wired with a rather soiled light tan coloured loom, receivers and brown cased bell jackplug.  This is the early pattern internally wired C-type of definite wartime manufacture. Named to the original owner from whose estate it came (via his son). He flew on Lancasters with 207 Squadron between 1944 and 1947 and the helmet comes with a few service details and 2 photocopy photos.   Reasonable '+' to quite good used condition.  Other items relating to this airman will be offered in due course.  Stock code H20529.