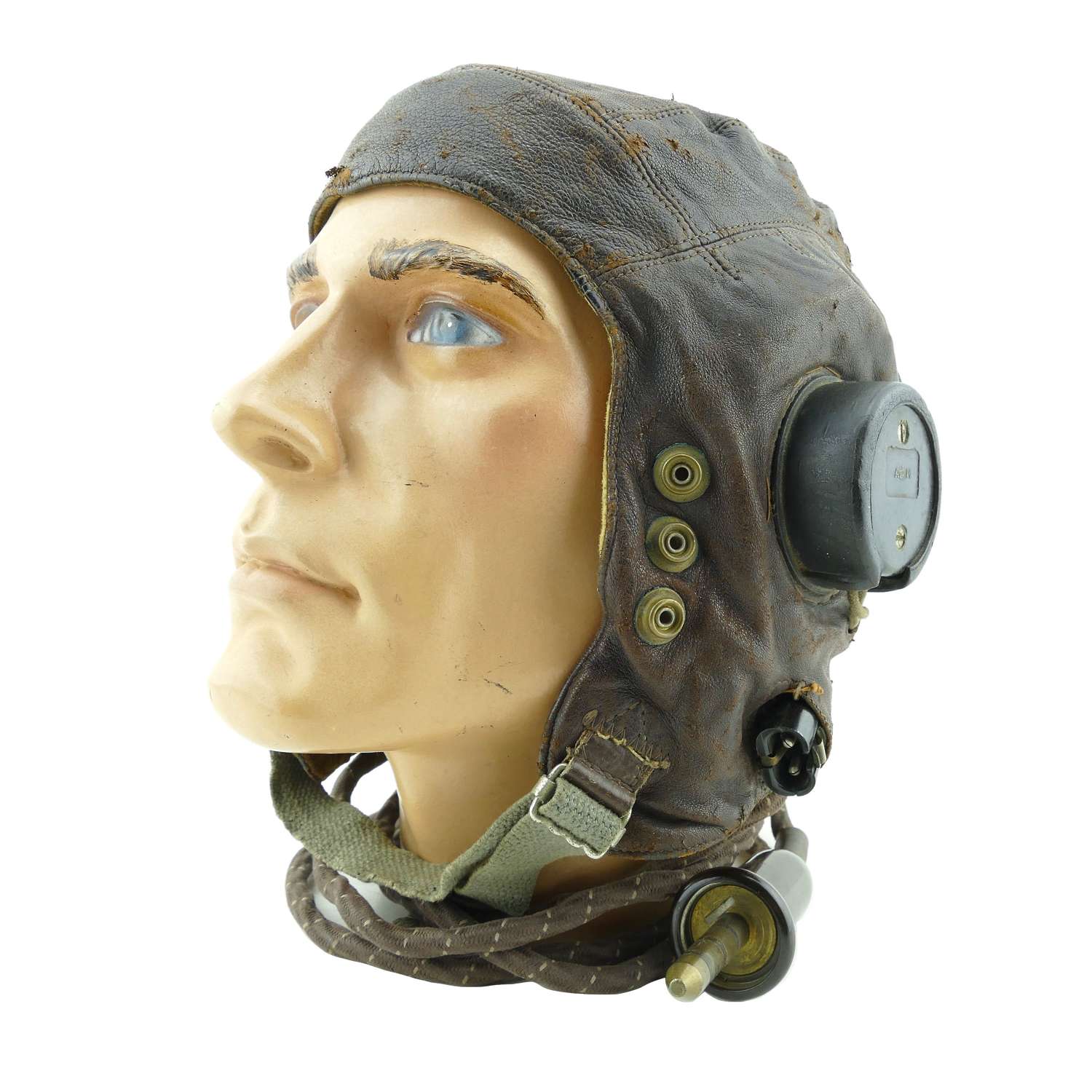 Stores reference 22c/880, size 4 (73/8 -71/2).  The leather is very supple but rather scuffed with some areas of surface peel and the integral oxygen mask 'flat hook' is absent.  The goggle straps have surface wear and the press studs retain most of their original coatings.  The lining has average soiling and there is a hole in one of the chamois donuts.  Faded size marks and owner's name and squadron (210) visible.  Both rubber receiver carriers are rigid and the receivers should be left in place to avoid damage.  The chinstrap is soiled with little elasticity remaining. Wired with a flecked dark tan coloured loom,  receivers and early brown cased bell jackplug, all in very good condition.  A bit tatty but a displayable example of the rarer first pattern early internally wired C-type of definite wartime manufacture.  Alternatively strip it for spare parts.  RAF 210 squadron was part of coastal command and operated Sunderlands on anti-submarine patrols during WW2.  Stock code H17346. 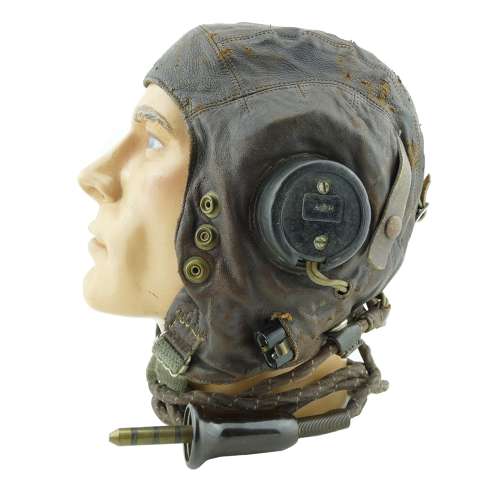 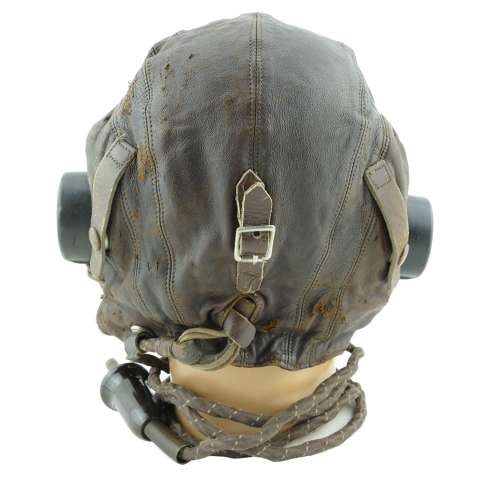 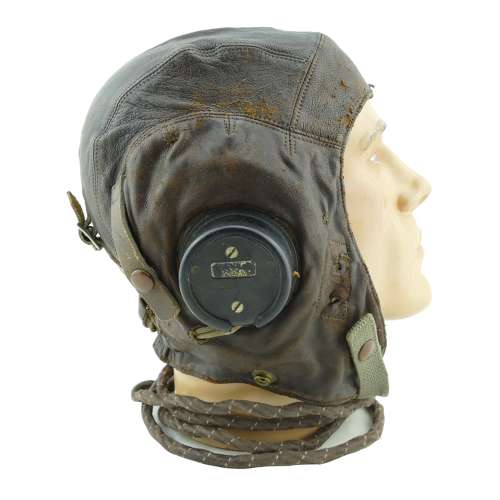 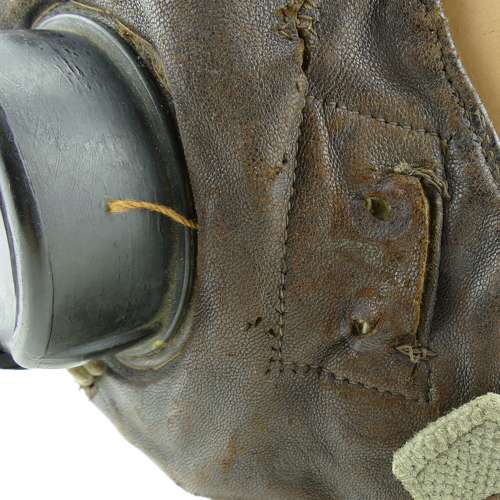 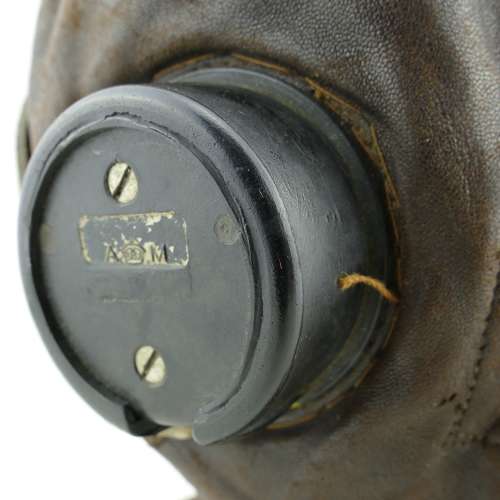 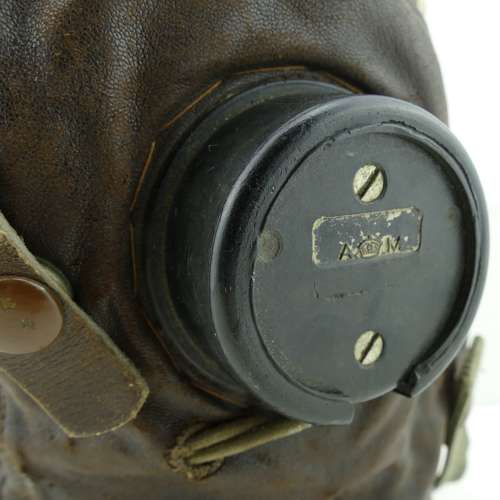 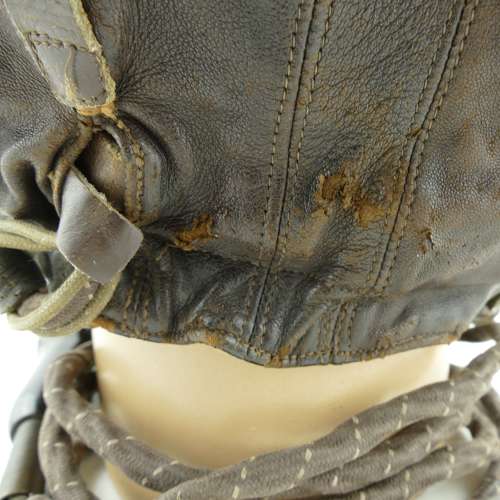 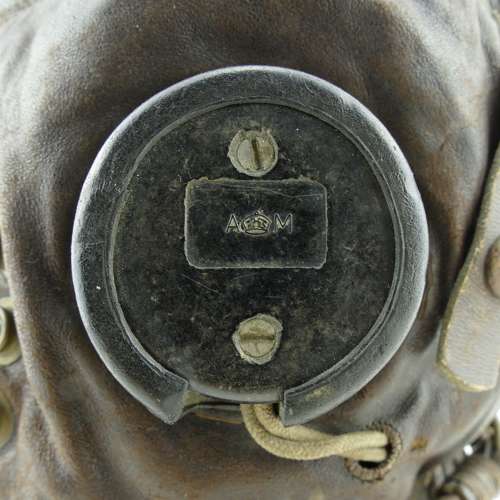 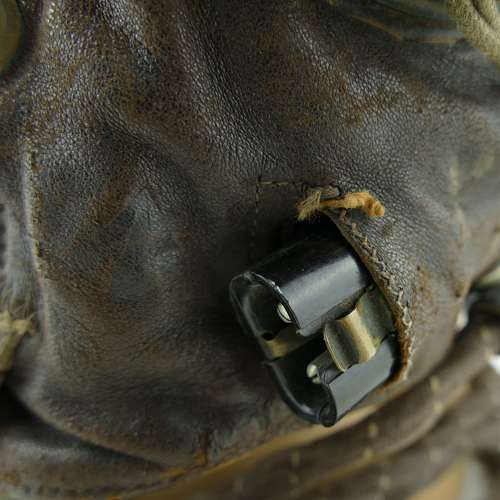 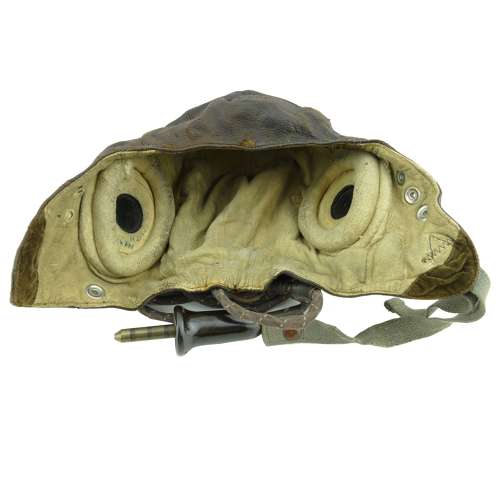 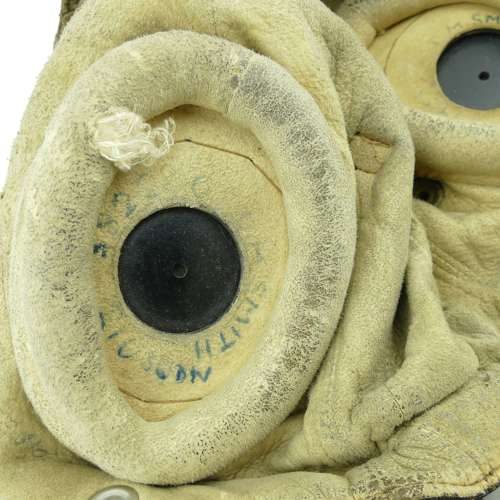 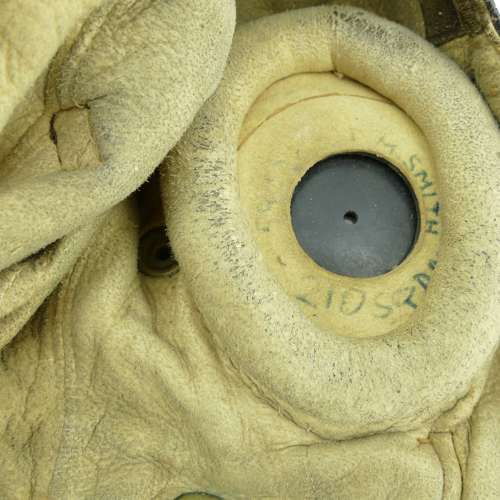