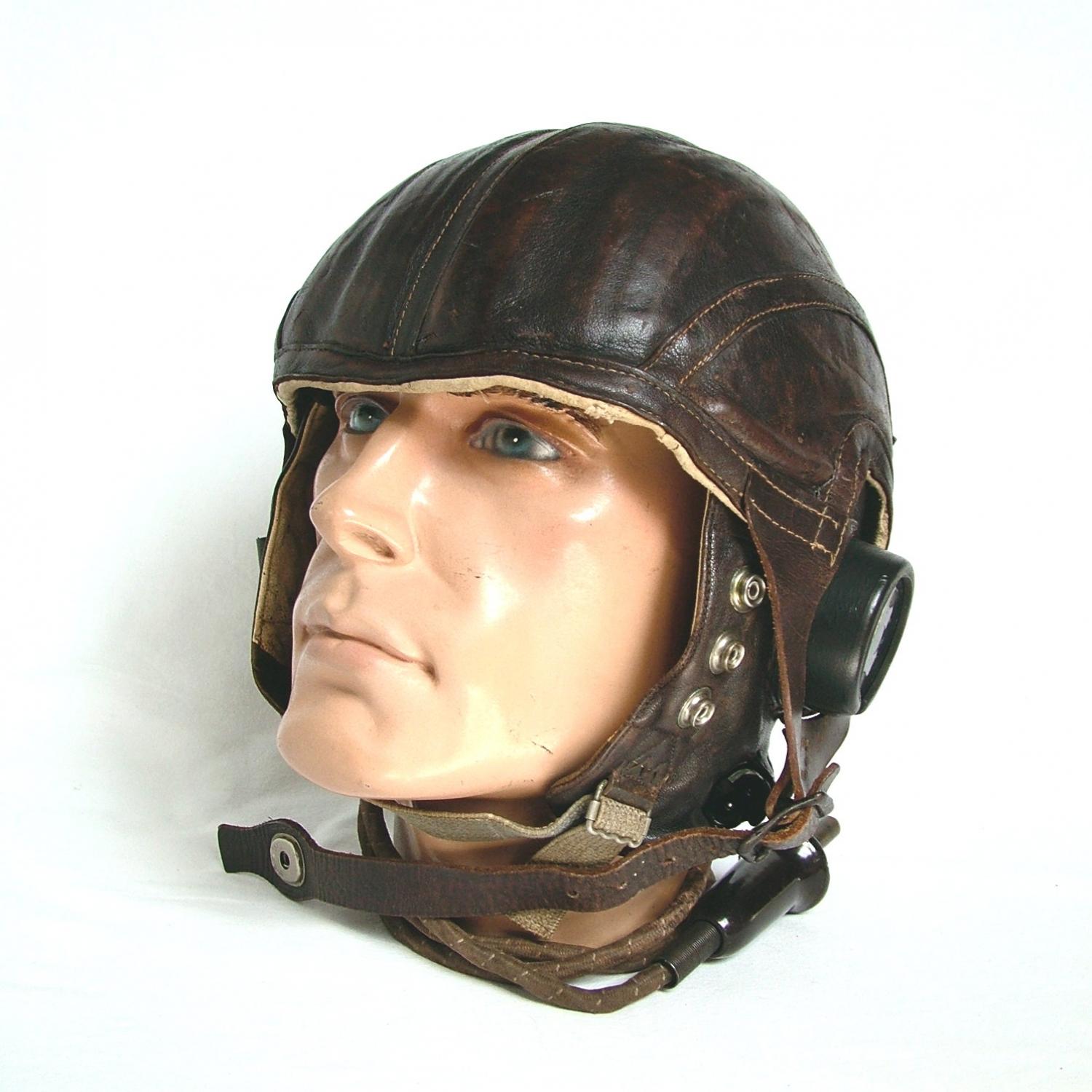 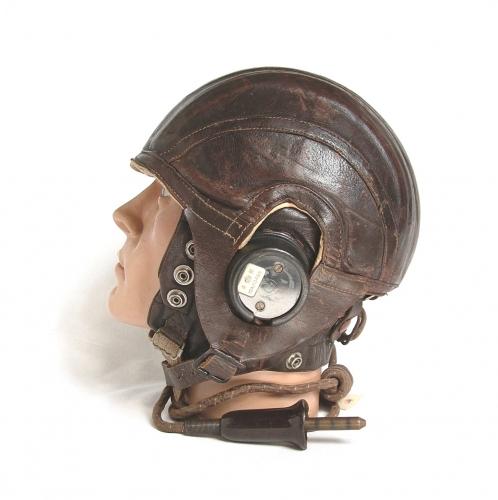 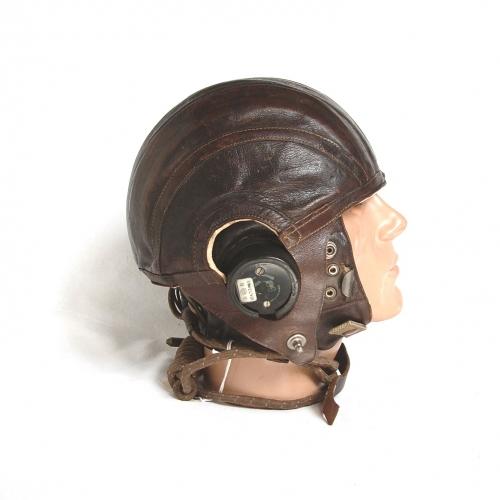 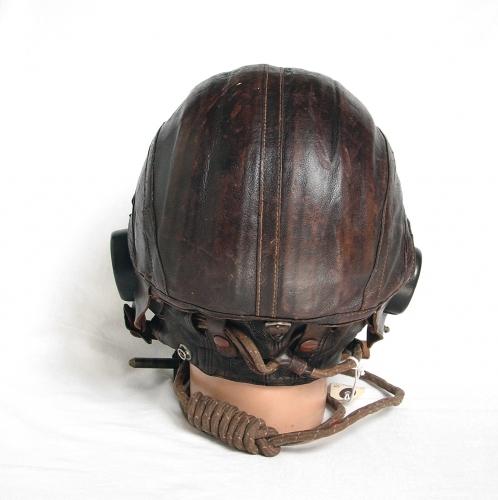 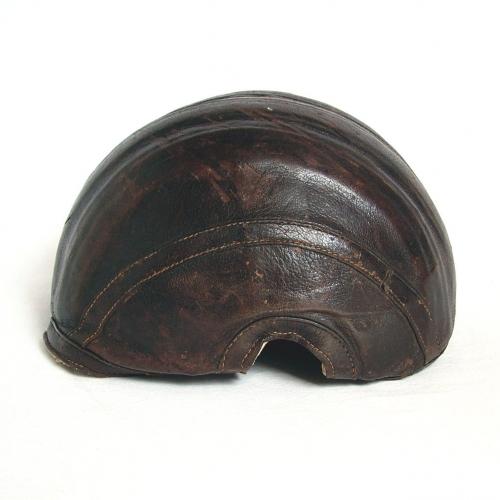 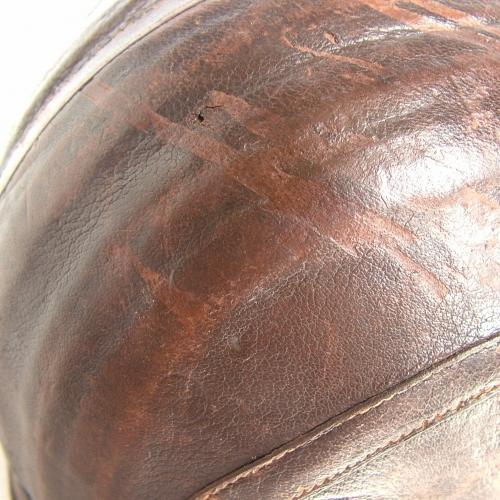 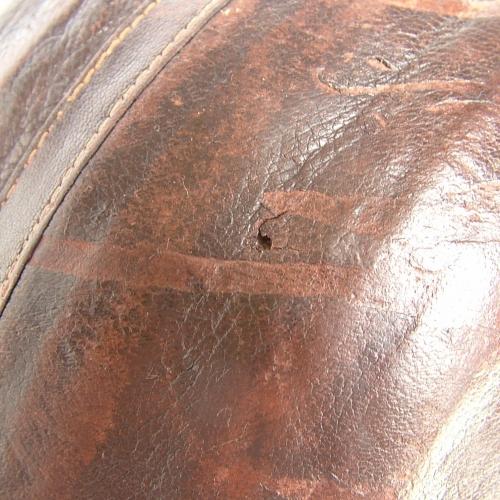 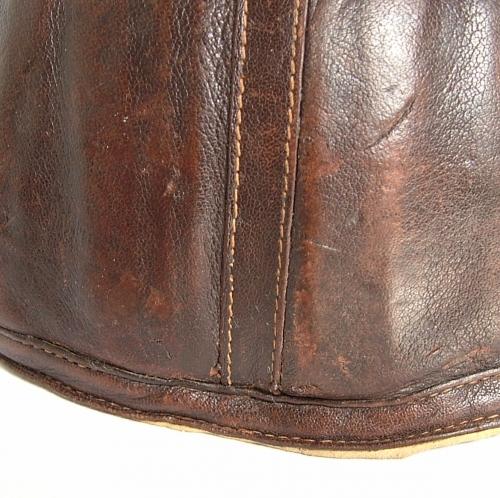 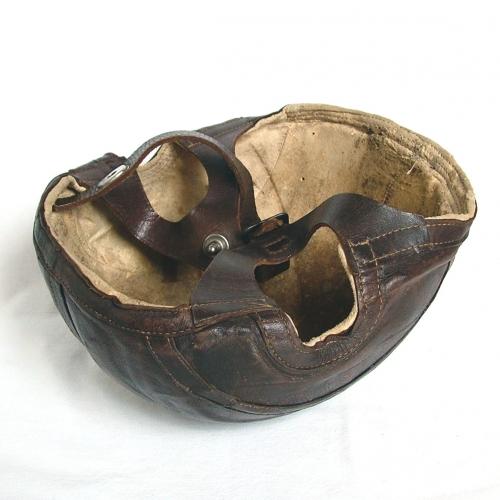 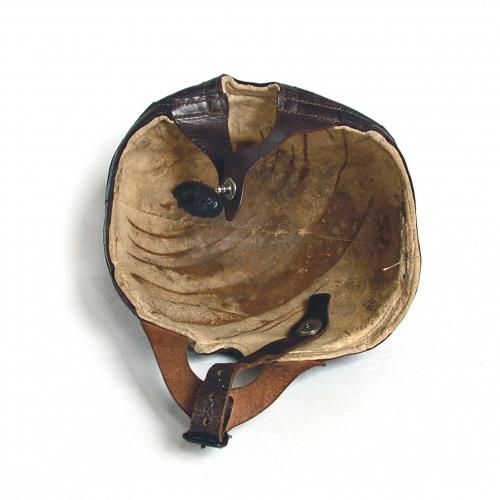 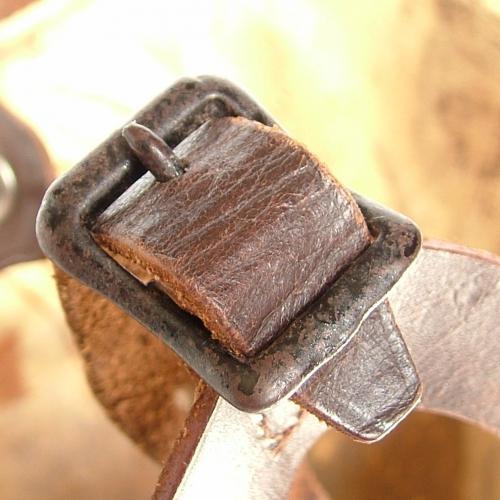 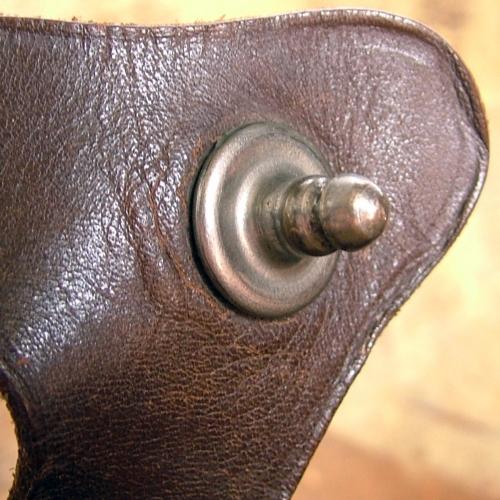 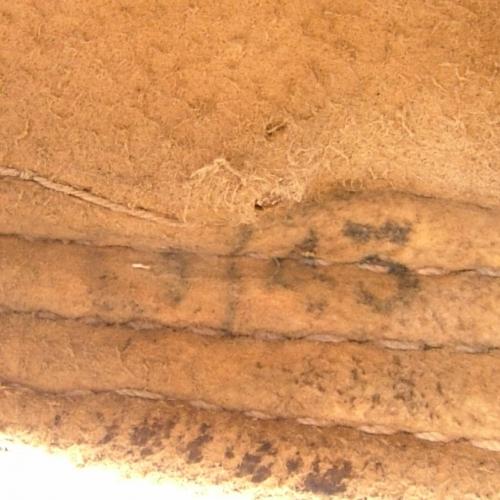 M4 Anti-flak helmet.  Manufactured by Wilkinson Sword in the UK.  These were designed by General  Malcolm Grow, surgeon general to the 8th AAF during WW2.  Designed to fit over the RAF C-type or AAF A-11 flying helmet with a cut-out for the earpieces and receivers. Manufactured using overlapped Hadfield manganese steel plates with a chromed leather covering. Simple chamois lining and leather chinstrap with pronged buckle fastening.  Although initially intended for use by those aircrew in confined positions such as ball and top turrets, it was more widely issued within the AAF and used by RAF crews flying American aircraft like the B-17 and Hudson.

The shell shows some fairly minor distortion/flattening at the front, possibly as a result of an impact.  There is some wear and loss of chromed finish to the leather but it remains stable and is not flaking or peeling.  The lining is rather soiled and has evidently had something stored within the helmet at some point.  Faintly marked with manufacturer's details/patent number to the rear of the lining and 'FRONT' on the opposite side.  The chinstrap is in good order with 'Lift-the-Dot' fastener.  The buckle had minor surface corrosion.  An extremely rare helmet to find. This is about the fourth we've had in over 25 years.  Please note that the C-type/A-11 helmets shown are not included in the sale.  You are buying the anti-flak helmet alone.  Stock code H20173.