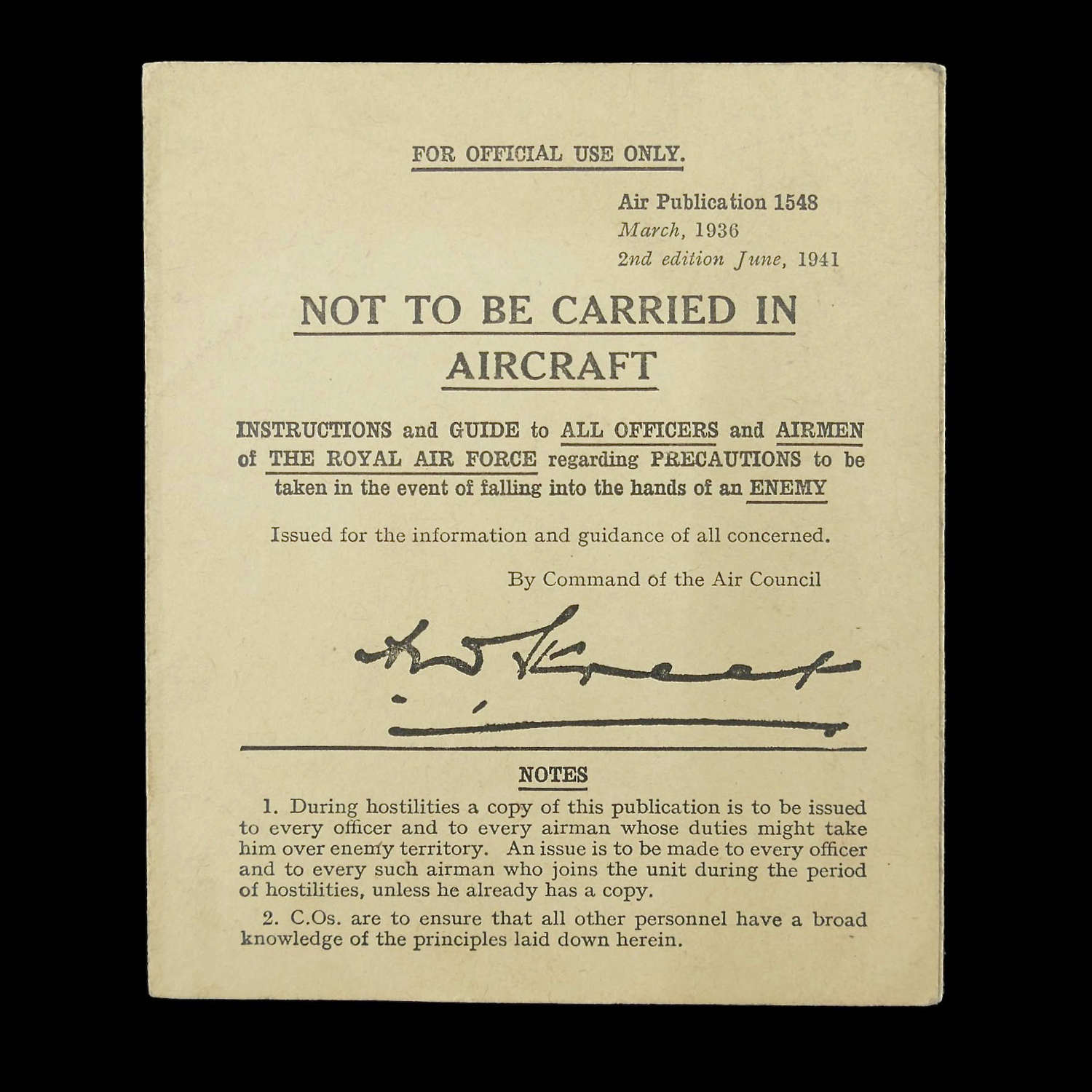 Instructions For Aircrew Falling Into The Hands Of The Enemy

A.P.1548, 2nd Edition, June 1941.  'Instructions and guide to all officers and airmen of the Royal Air Force regarding precautions to be taken in the event of falling into the hands of the enemy'.  Folded card approximately 31.5 x 12.5cm (open) forming 6 pages of text  regarding the do's and don'ts.  'According to the Geneva Convention of July 27, 1929, signed by all the Great Powers, a Prisoner of War must give his name and rank, or his identity disc number.  In practice, all three should be given.  No further information whatsoever should be given.  Look at your identity disc and see what it gives.  Notice that it does not have your squadron number.  Remember that the enemy dare not carry threats into execution, and a prisoner who systematically refuses to give information is respected by his captors.'  It suggests what information the enemy will attempt to extract along with the methods of doing so.  It advises 'Don't carry papers on flights; don't carry anything identifying the squadron or station; don't try to be clever and invent false information; don't talk shop - if you have plans to discuss do it in the open air and take care, even trees have ears; don't believe anything you are told from the enemy; don't be downhearted if captured, opportunities for escape will present themselves; It is the duty of prisoners to make such attempts' etc.  Clearly marked 'NOT TO BE CARRIED IN AIRCRAFT'.  This was to be studied and learnt before taking to the air.  A superb and fascinating document in very good used condition.  Stock code P18537. 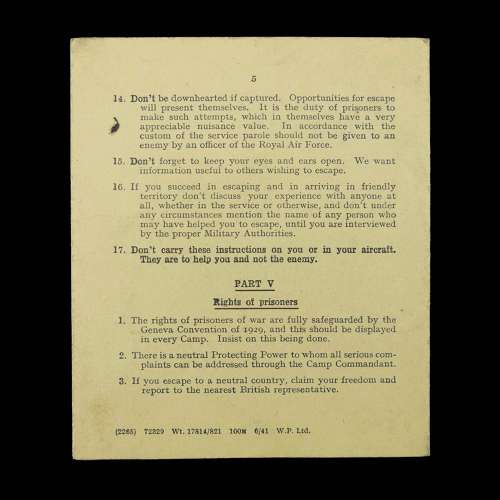 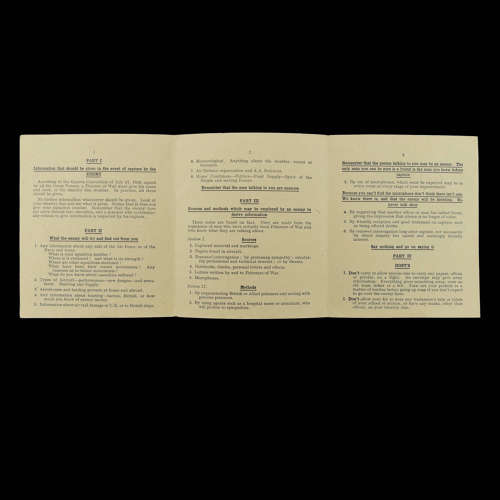 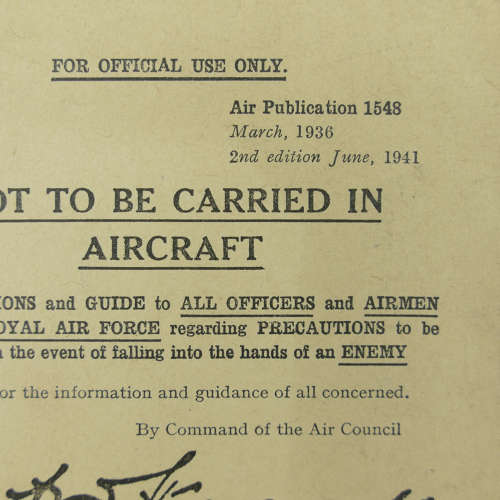 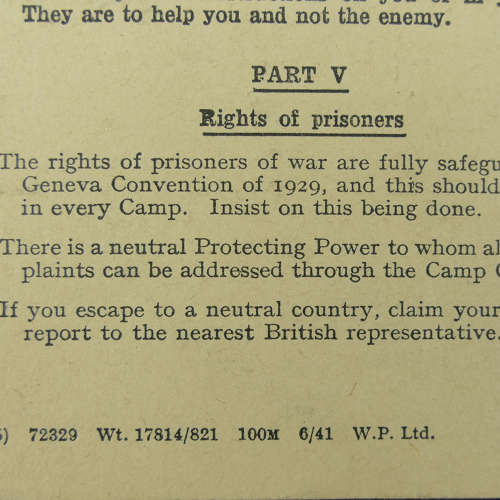