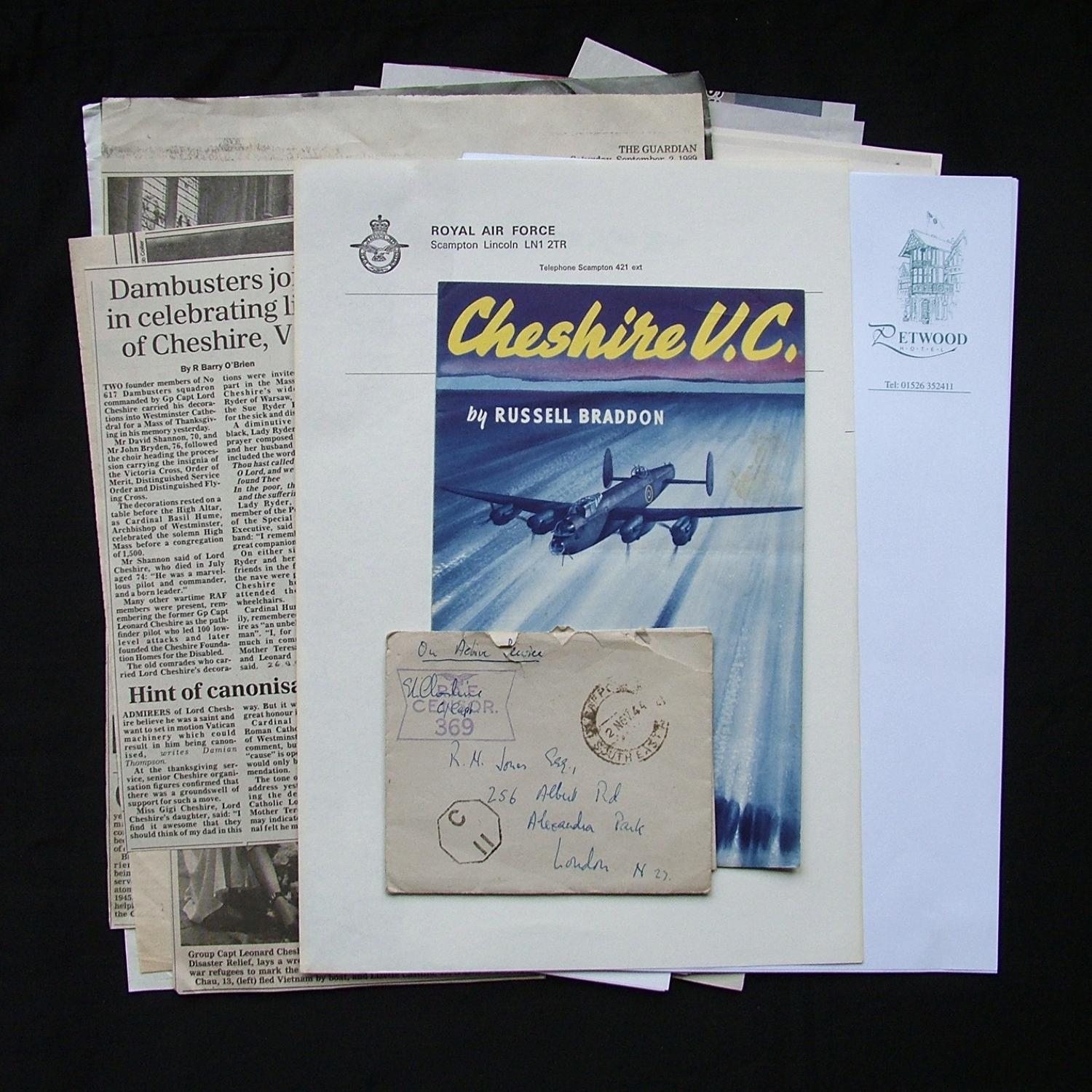 Small group of paperwork relating to Group Captain Leonard Cheshire VC, Britain's most decorated wartime pilot.  As a bomber pilot he flew over 100 operational flights and was awarded the DSO & 2 bars, DFC and Victoria Cross.  He took a drop in rank to command 617 squadron of Dam Buster fame and observed first hand the atomic bombing of Nagasaki in 1945.  After the war he formed a community for wounded and sick ex-servicemen at his family home in Hampshire, this leading to a string of 'Cheshire Homes' in Britiain and other countries. Cheshire died in 1992.  We are offering a  letter, handwritten by Cheshire, dated 31 October 1944 and sent to a gentleman in London.   Cheshire puts his address as HQ Eastern Air Command, RAF, India.  It is written in blue ink and is perfectly legible with clear signature.  The original envelope is also handwritten by Cheshire, marked 'On Active Service' and complete with R.A.F. censor stamp.  The post mark is dated 2 Nov. 1944.  Also comes with a number of newspaper clippings/obituaries c.1992, a period 'flyer' for the book 'Cheshire V.C.' by Russell Braddon  - this has excellent artwork.  In addition there is a sheet of postwar headed notepaper from RAF Scampton, home to 617 Squadron during WW2 and 9 x notepad sheets from the Petwood hotel, famous for the patronage of 106, 97, 617 & 619 squadron crews during the war.  Whilst Cheshire's autograph is not particularly rare it is very unusual to find a wartime period letter written and signed by him.  Stock code P22873-95. 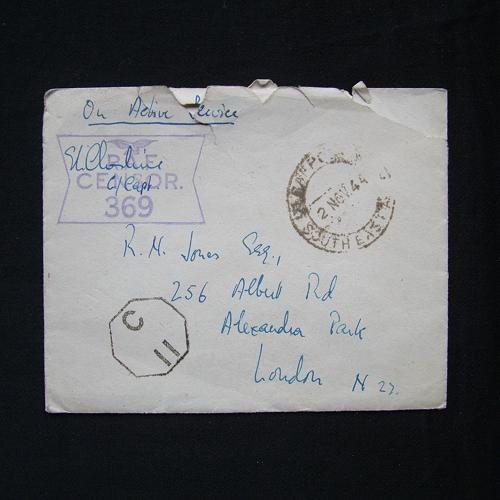 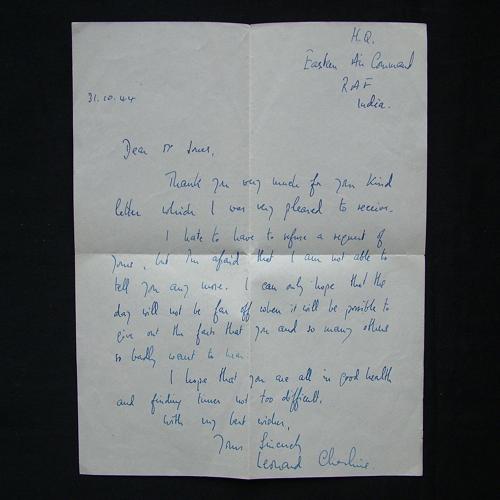 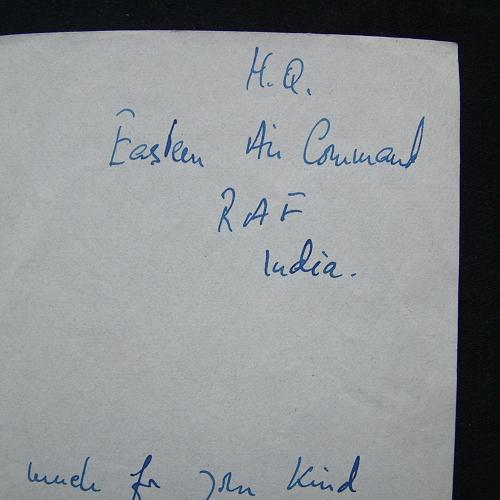 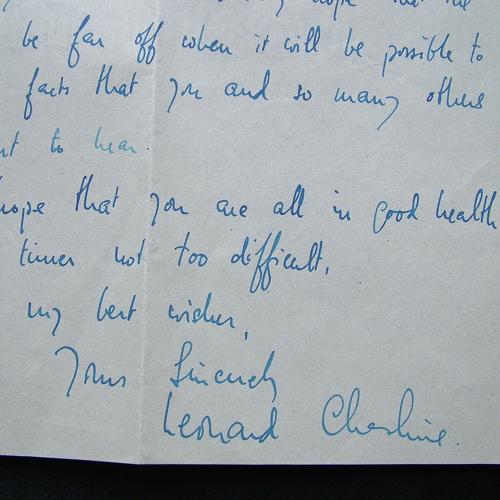 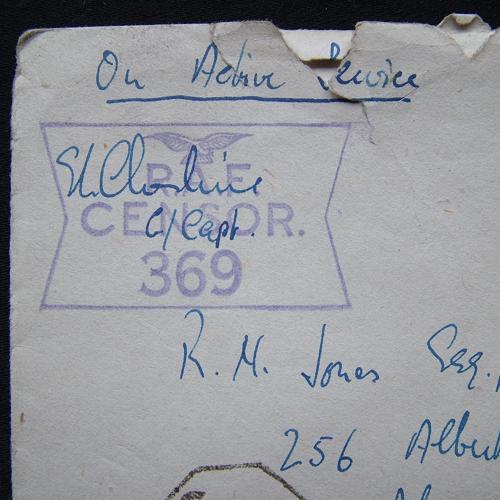 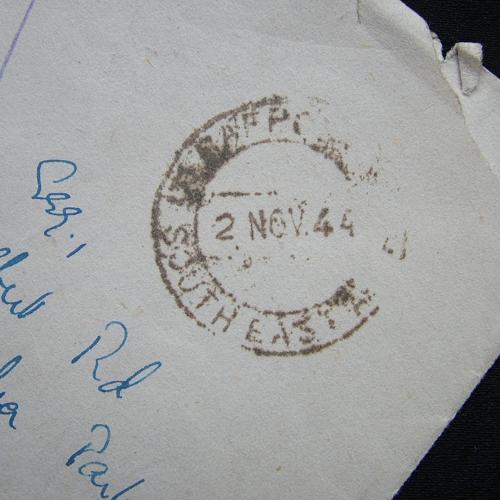 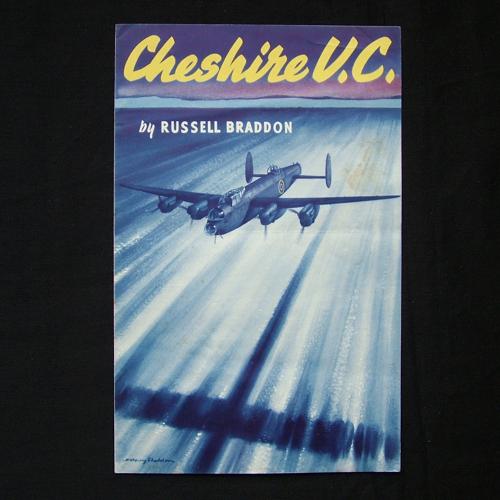 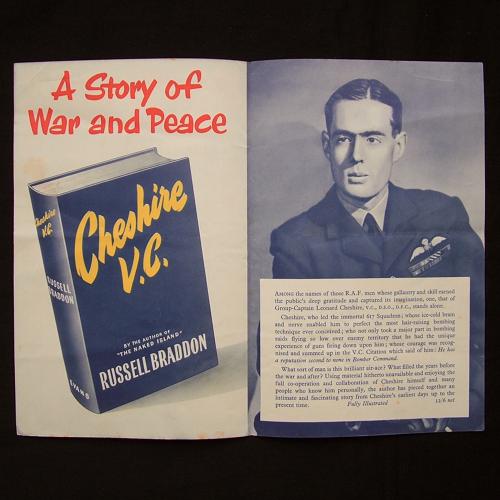 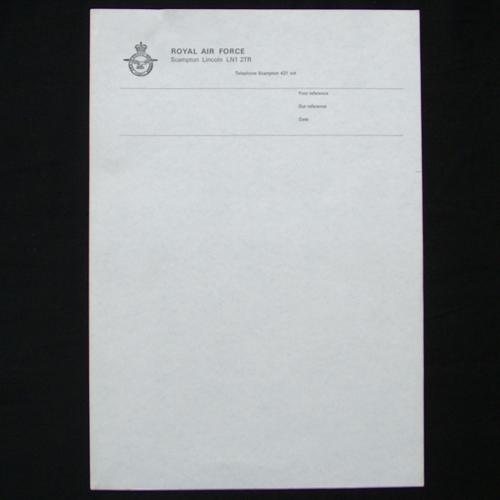 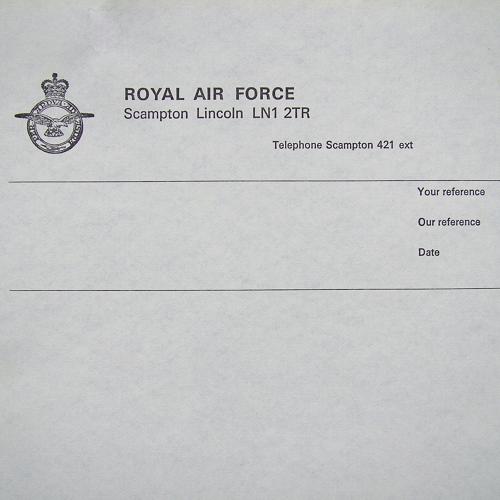 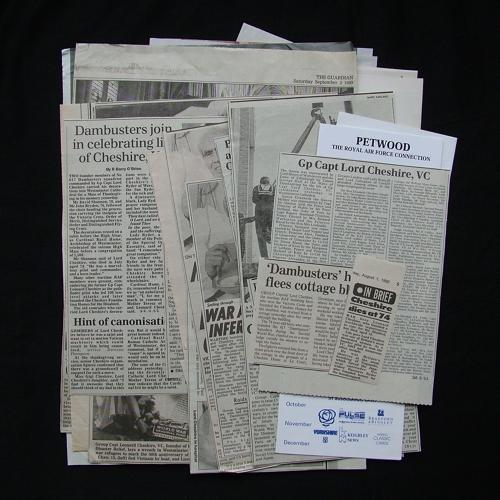