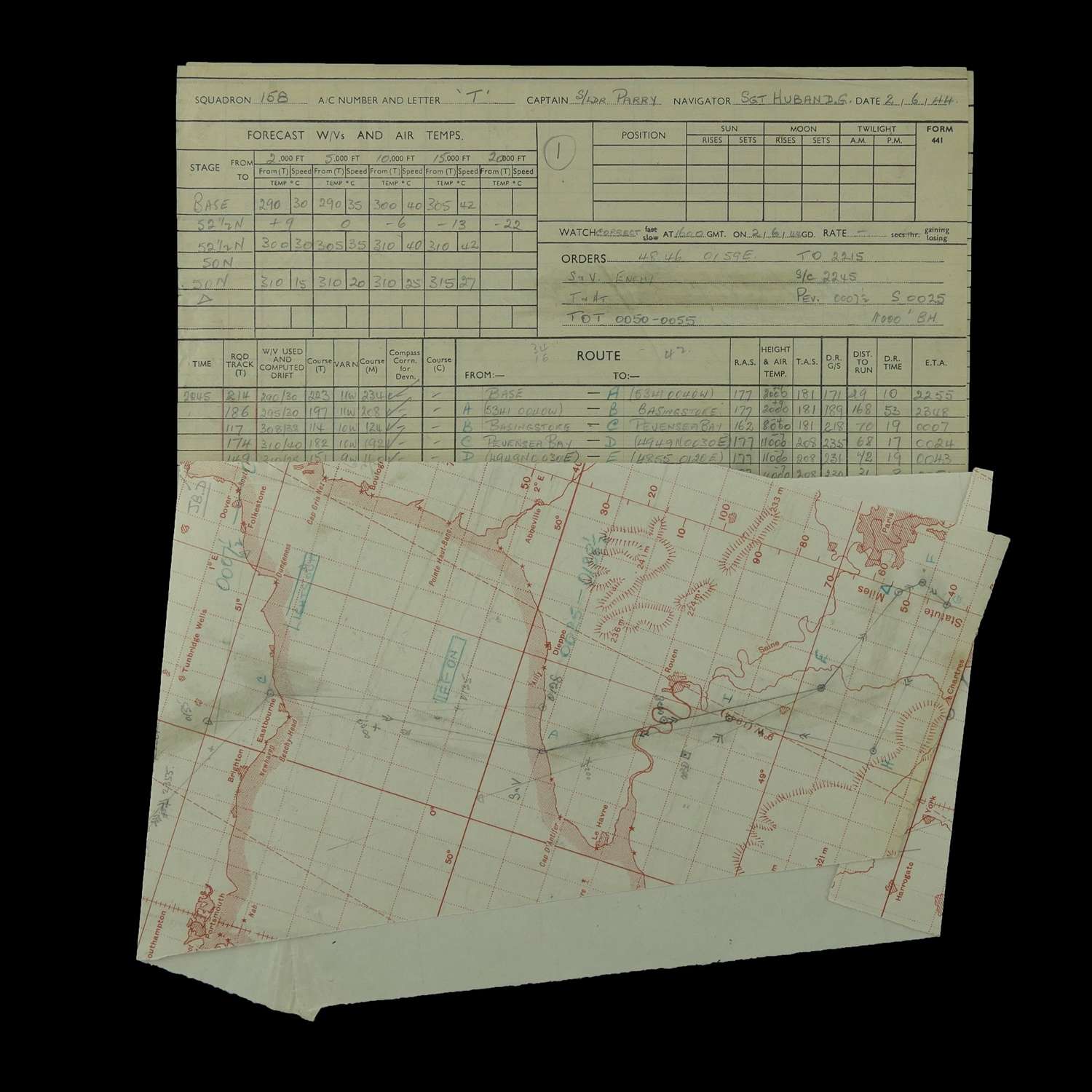 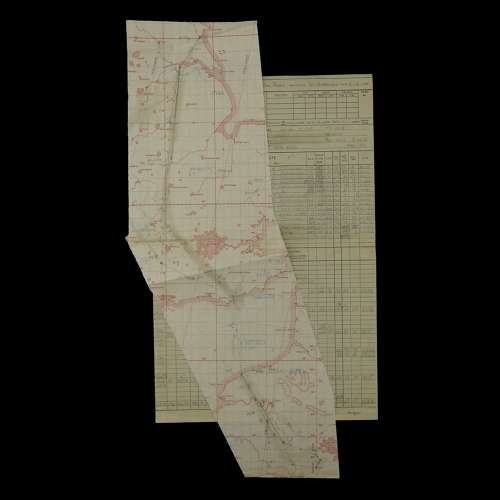 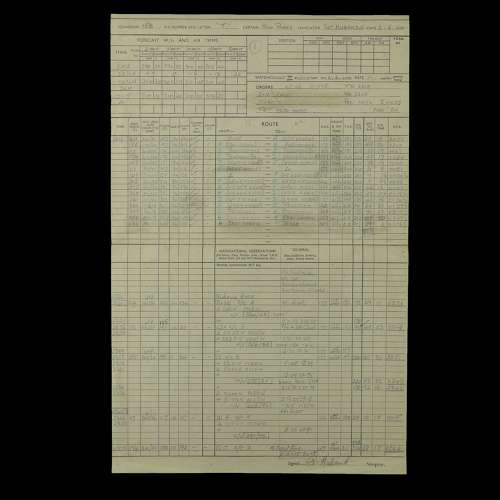 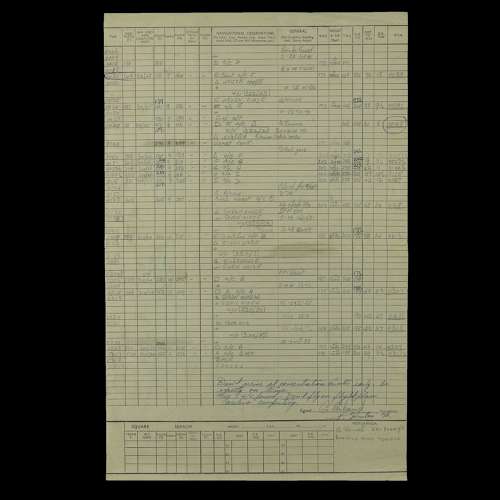 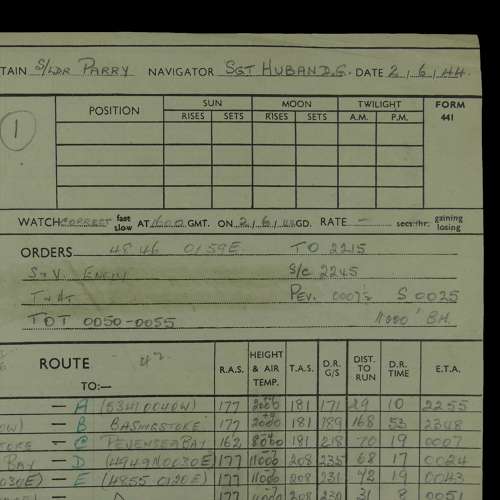 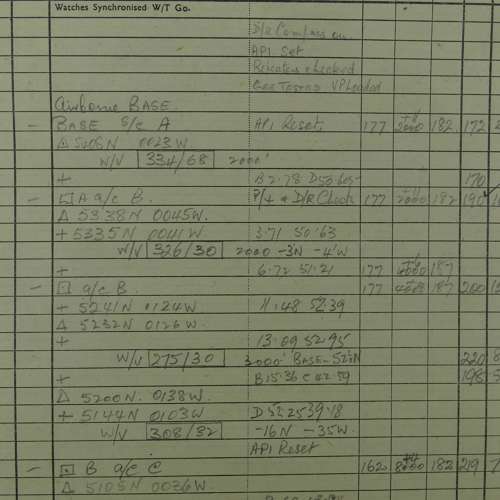 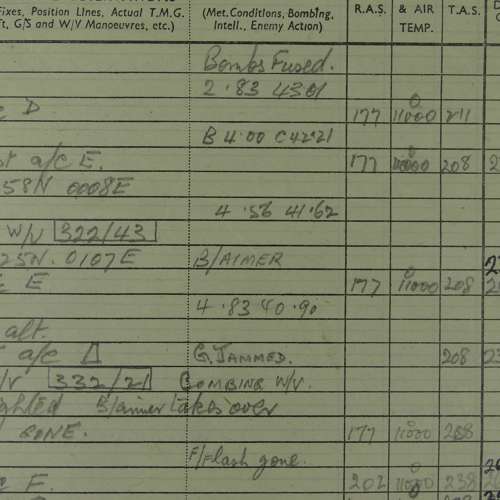 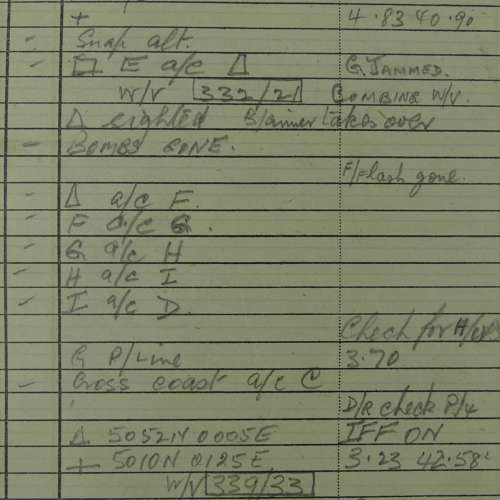 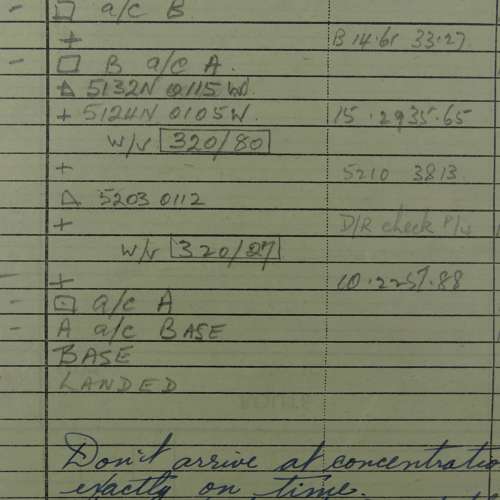 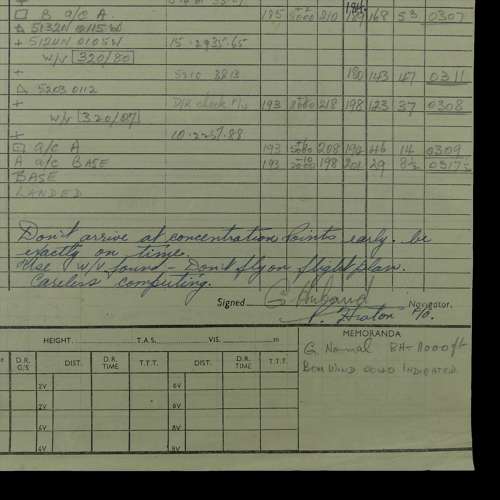 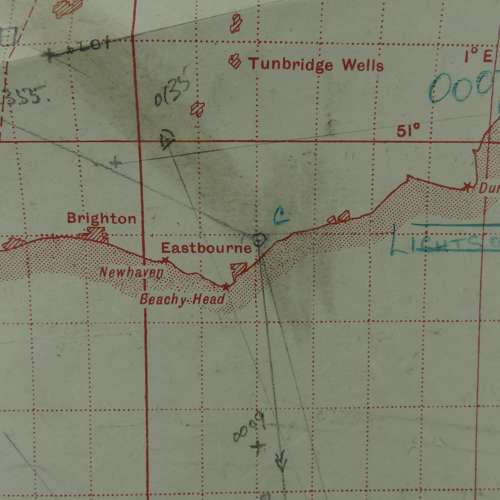 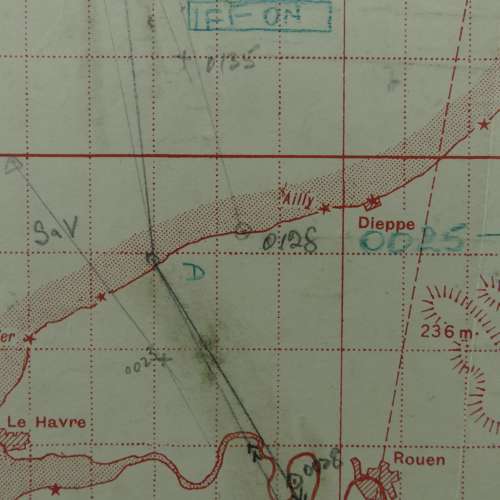 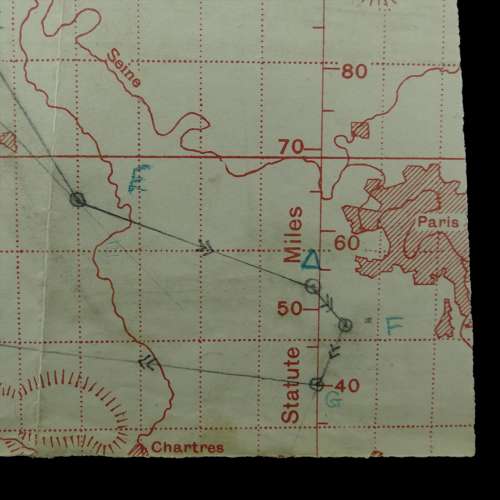 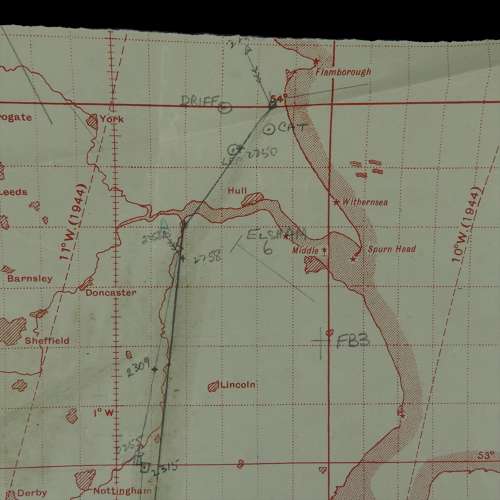 RAF Form 441.  Approximately 28 x 43.5cm (opened out).  Document relating to a Bomber Command raid on the railway yards at Trappes, France, by a Halifax crew of 158 Squadron, on 2nd/3rd June 1944.  It names the aircraft captain Squadron Leader Thomas Lindsey Parry (DFC/bar, 106234), Navigator, Pilot Officer Eric Geoffrey Huband (DFC, 184967), gives the weather forecast and details the flight from take off at 2215hrs, crossing the coastline at 0005hrs, fusing the bombs at 0006hrs, to the bomb aimer taking over at 0040hrs, dropping the bombs at 0050hrs, crossing the French coast at 0128hrs, the south coast of England at 0149hrs and landing at their base at 0333hrs.   Numerous entries and checks are recorded throughout and the sheets were annotated post raid in ink 'Don't arrive at concentration points early.  Be exactly on time.  Use w/v found - Don't fly on flight plan. Careless computing'.    Comes with the section of plotting map used on the raid.  The route to and from the target has been marked in pencil with times recorded at various points.  Scarce original documents that were actually completed on the bombing raid.  Stock code P23572.