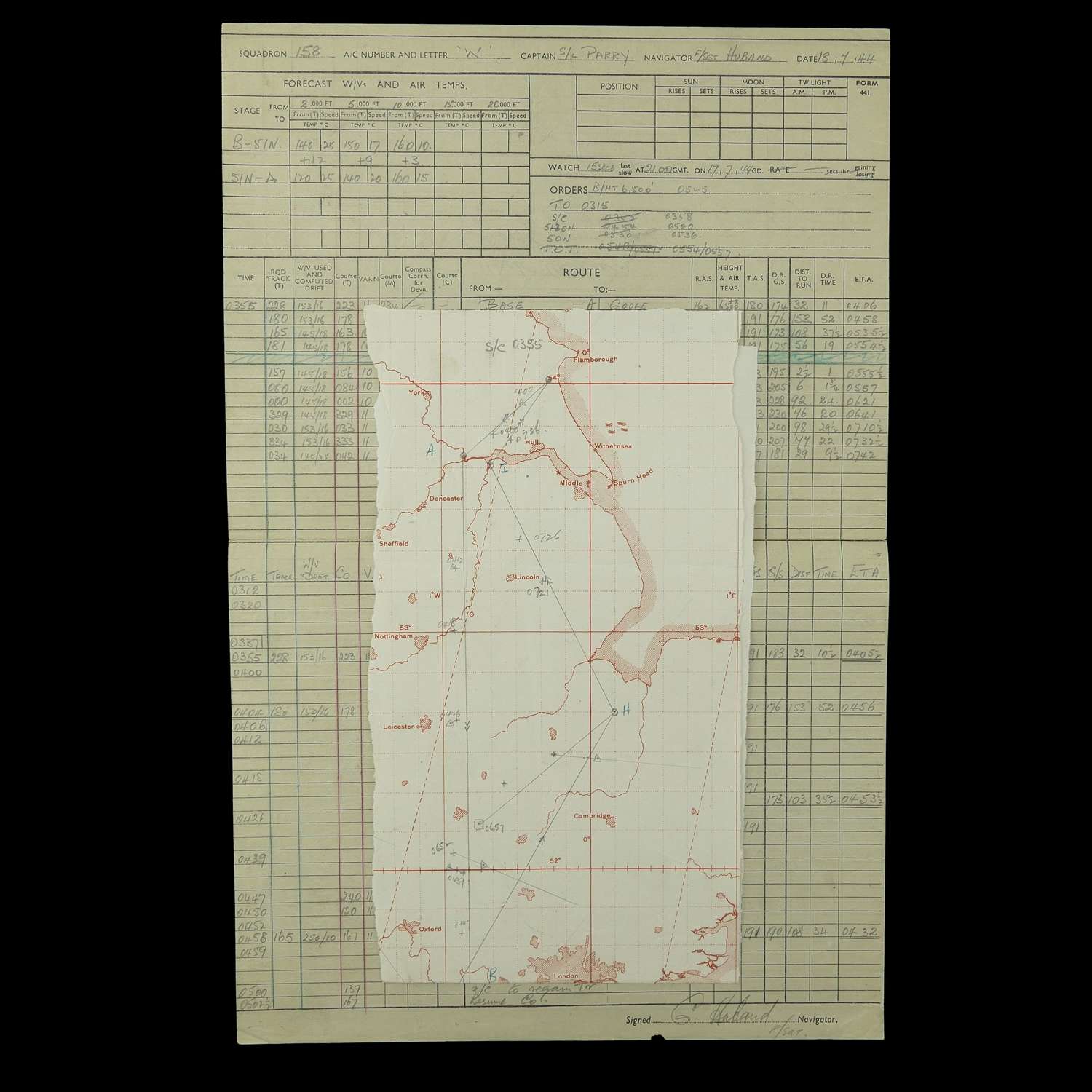 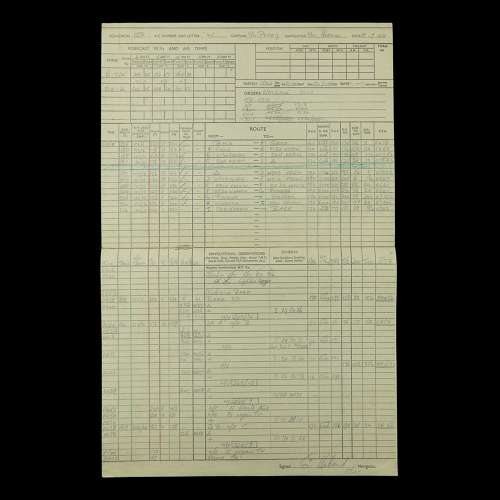 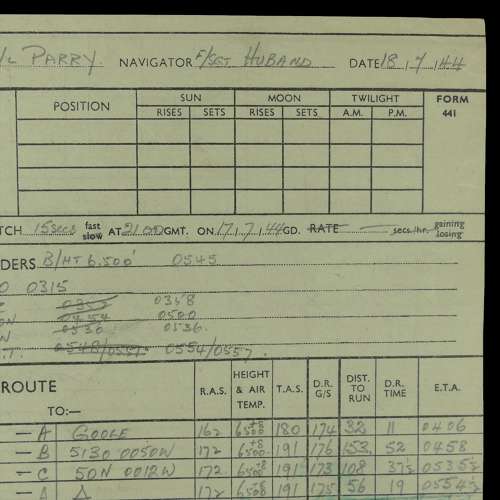 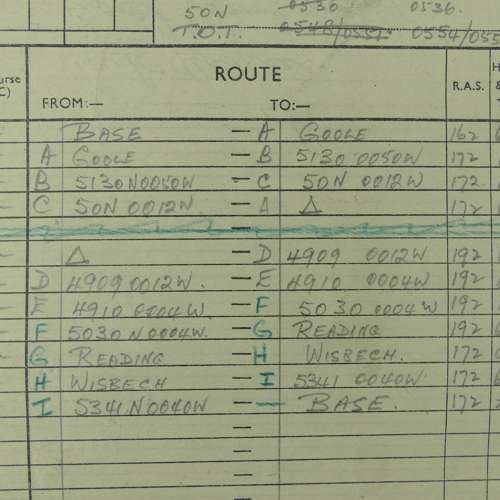 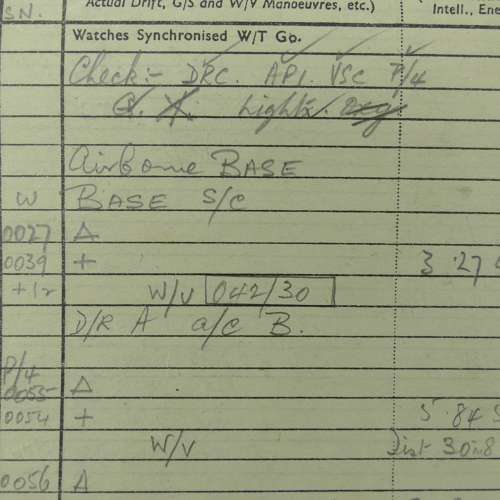 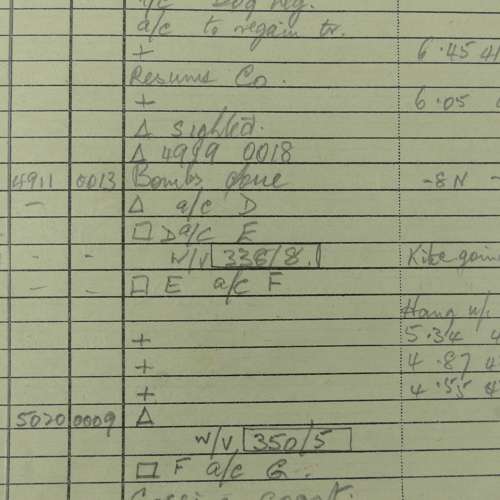 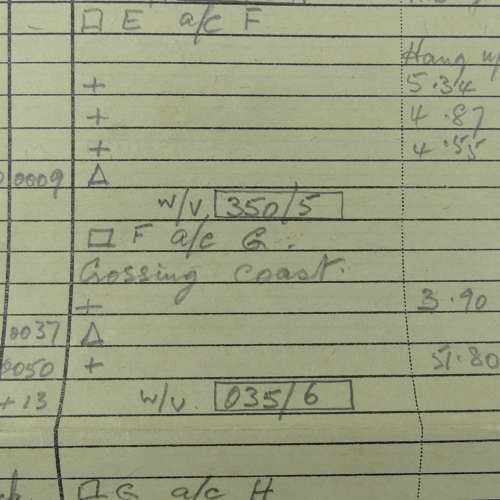 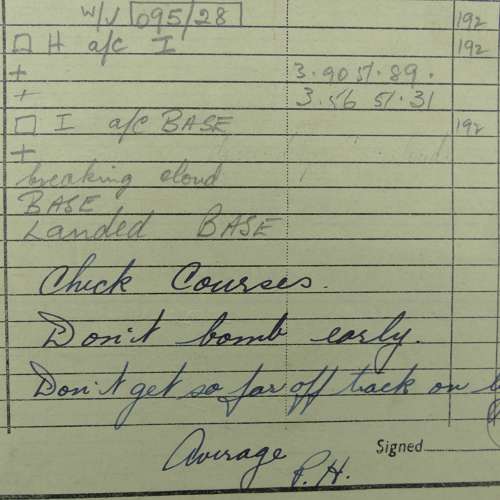 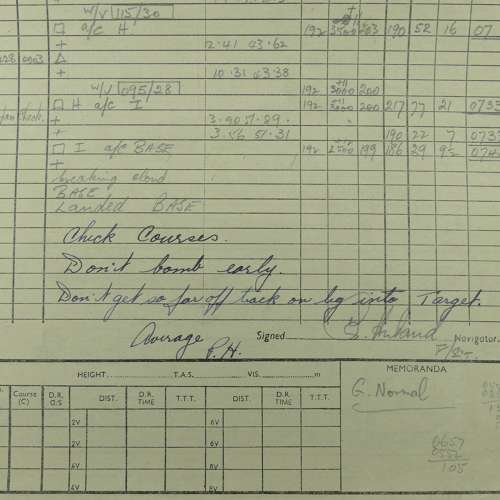 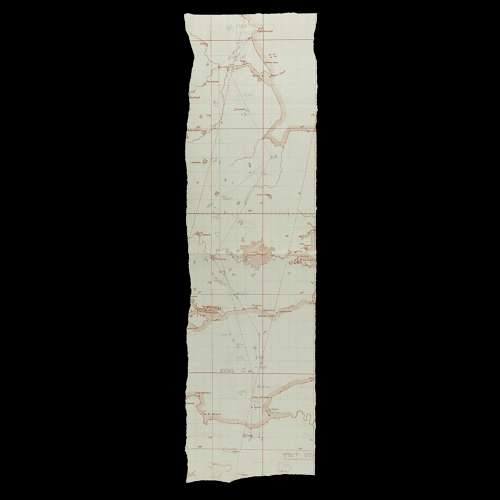 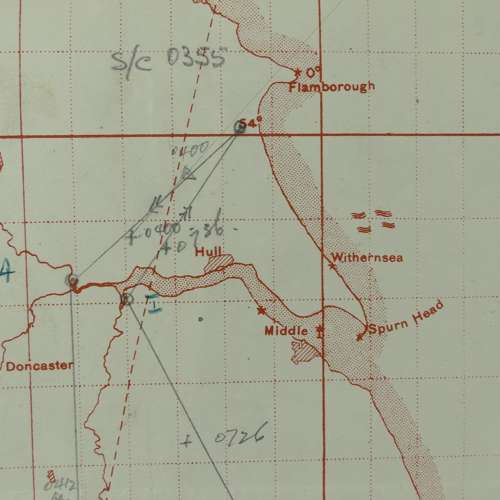 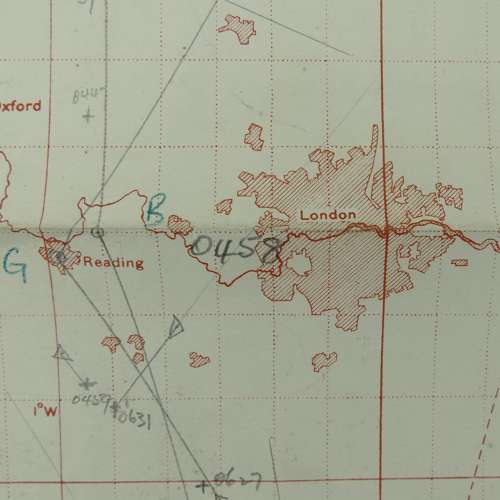 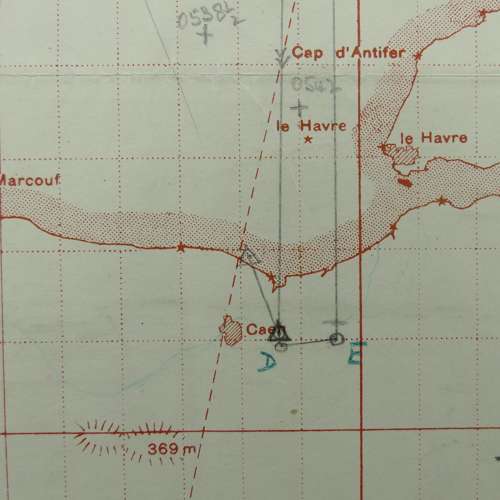 RAF Form 441.  Approximately 28 x 43.5cm (opened out) x 1.  Document relating to a Bomber Command raid to the French town of Caen, by a Halifax crew of 158 Squadron on 18th July 1944.  This was part of a very successful 942 strong aircraft raid with 667 Lancasters, 260 Halifaxes and 15 Mosquitoes, to bomb 5 fortified villages in the area east of Caen, through which the British Second Army troops were about to make an armoured attack as part of Operation Goodwood.  It names the aircraft captain, Squadron Leader Thomas Lindsey Parry (DFC/bar, 106234), Navigator, Pilot Officer Eric Geoffrey Huband (DFC, 184967), gives the weather forecast and details the flight from take off from RAF Lissett at 0355hrs, sighting of the target at 0547hrs, bombs being dropped at 0552hrs, crossing the coast on the way back at 0624hrs, before landing at base at 0803hrs.  Numerous entries and checks are recorded throughout the sheets including 'Kite going down', when Huband witnessed a colleague's aircraft being shot down.  Comes with the section of plotting map used on the raid.  The route to and from the target has been marked in pencil with times recorded at various points.  Also overmarked in ink 'Check courses, don't bomb early, don't get so far off track on leg into target'.  Scarce original documents that were actually completed on the bombing raid.  Stock code P23577.