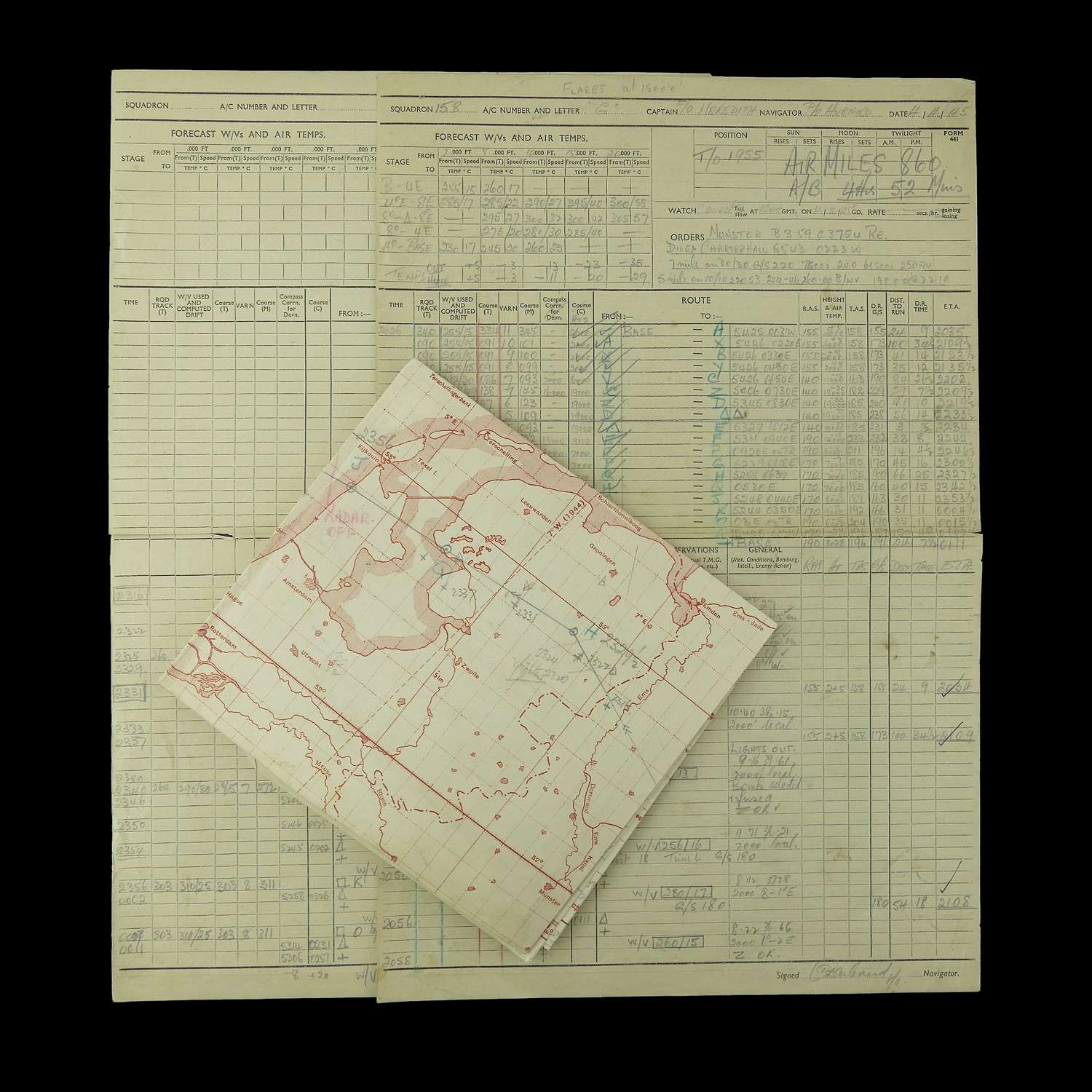 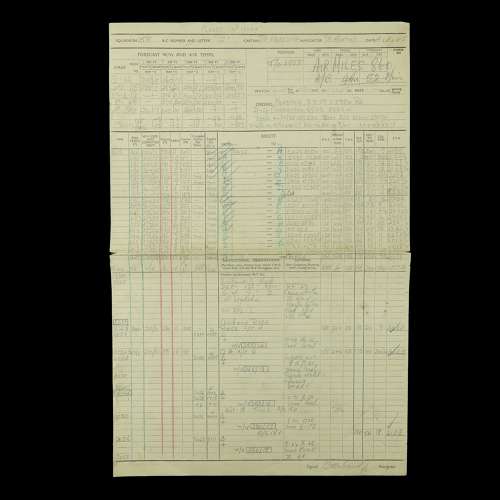 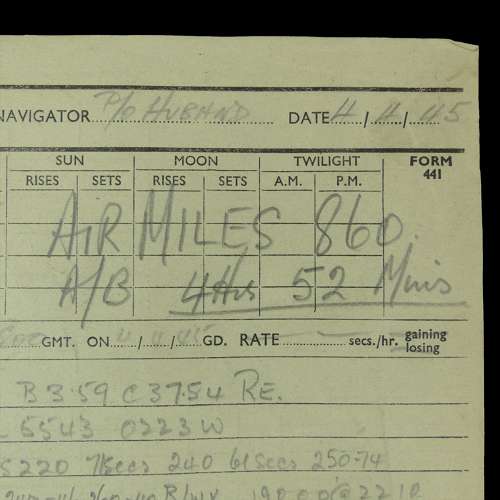 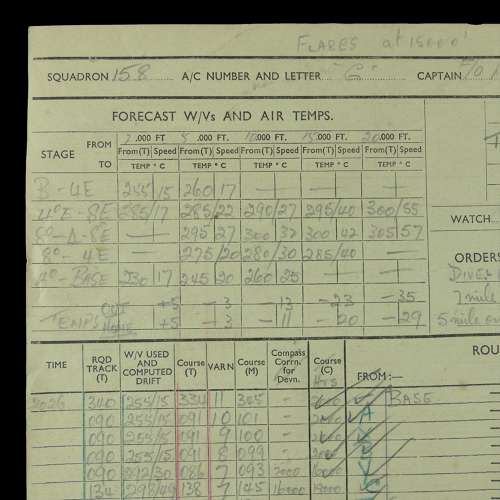 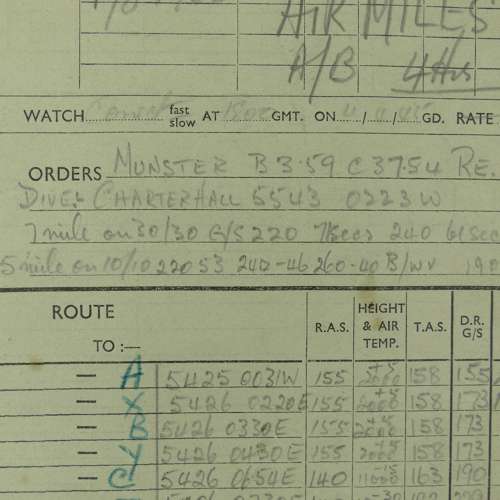 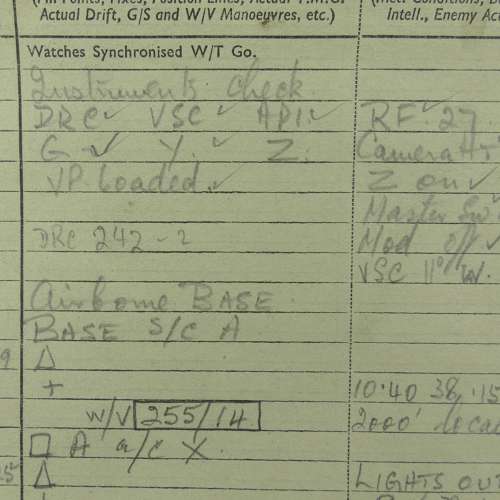 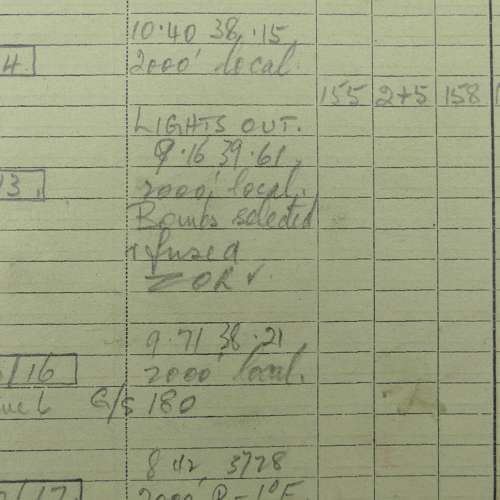 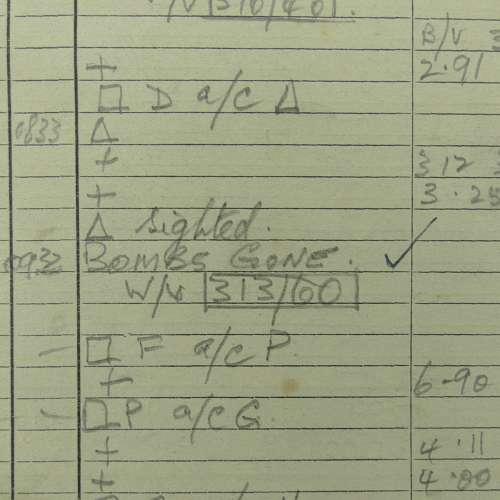 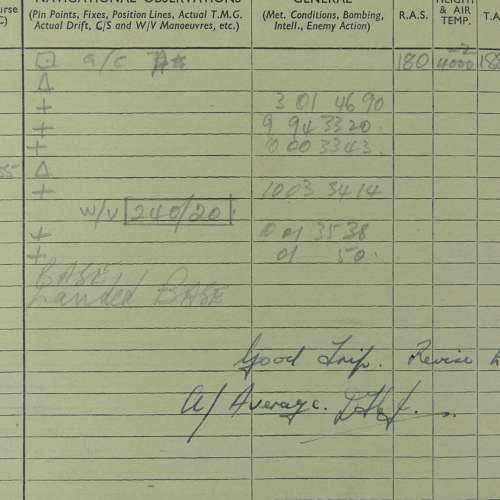 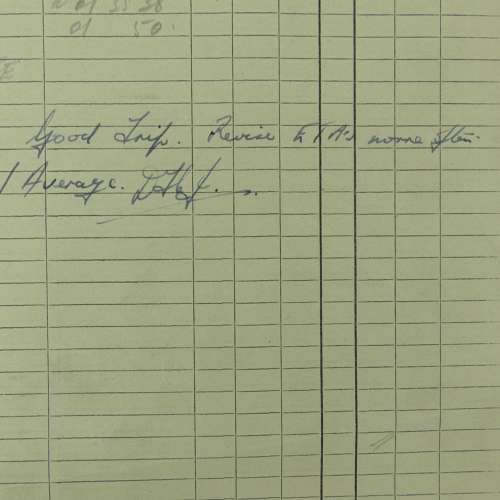 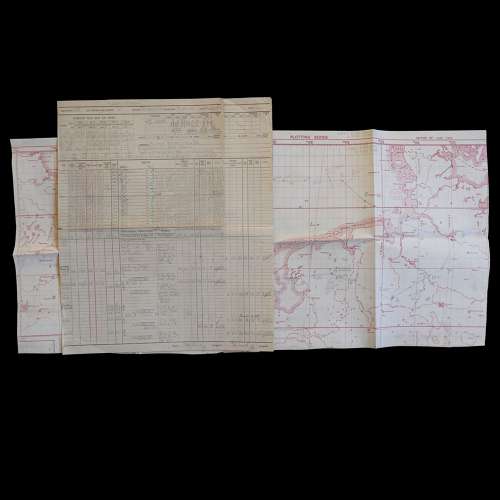 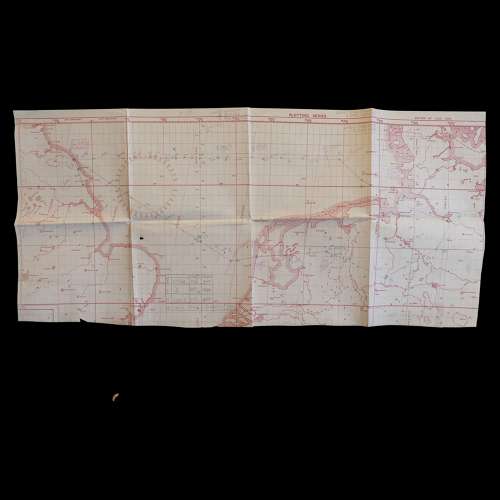 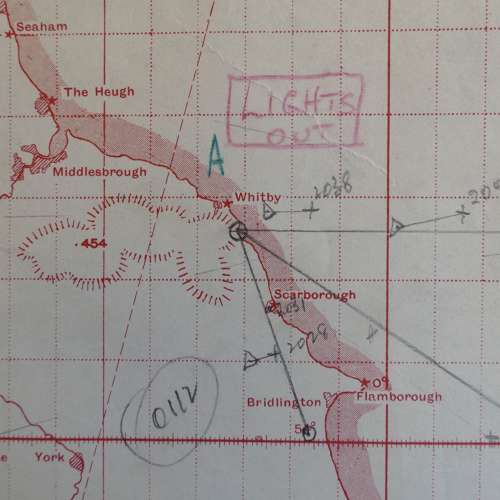 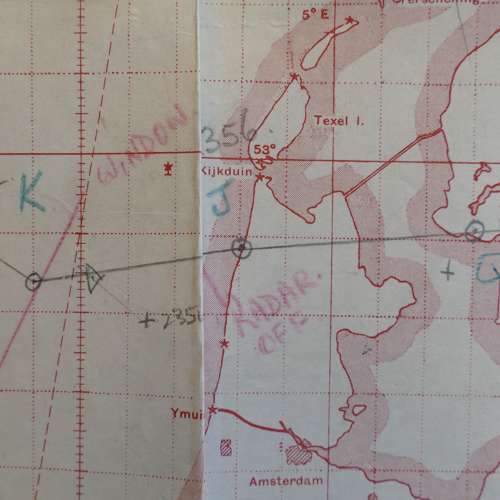 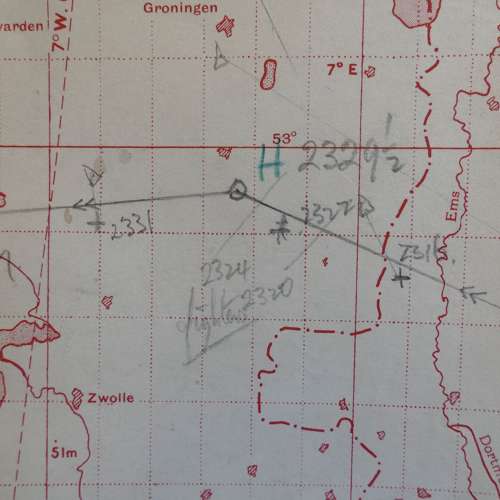 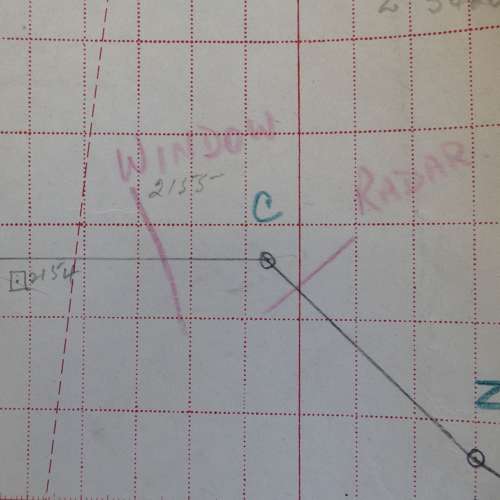 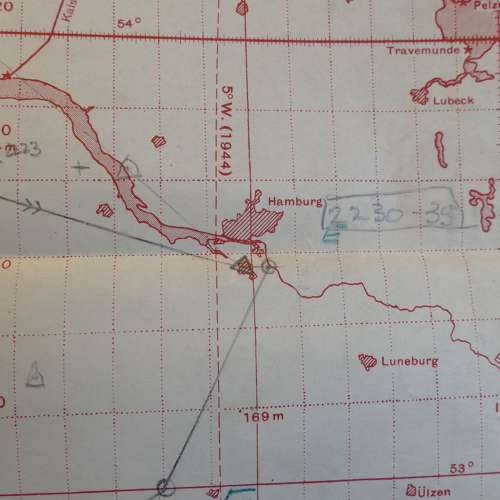 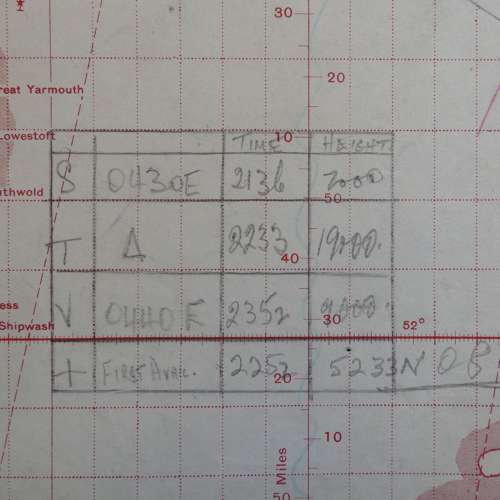 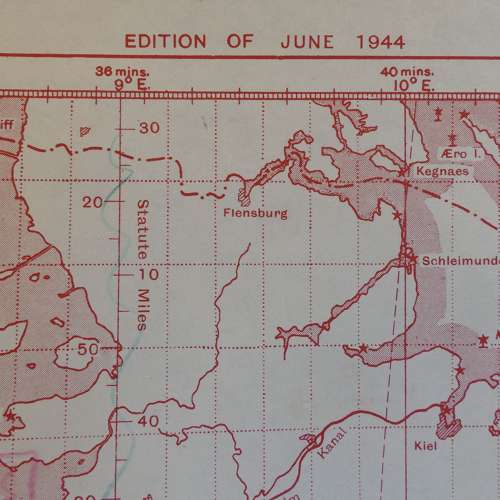 RAF Form 441.  Approximately 28 x 43.5cm (opened out) x 2.  Document relating to a successful late war Bomber Command raid to the Rhenania oil refinery in the Harburg region of the German city of Hamburg, by a Halifax crew of 158 Squadron on 4th April 1945.  It involved 327 aircraft comprised of 277 Halifaxes, 36 Lancasters and 14 Mosquitoes of 4, 6 & 8 Groups.  It names the aircraft captain, Flying Officer Meredith and Navigator, Pilot Officer Eric Geoffrey Huband (DFC, 184967), gives the weather forecast and details the flight from take off from RAF Lissett at 2013hrs, sighting of the target at 2226hrs, bombs being dropped at 2232hrs, before landing back at base at 0105hrs.  Numerous entries and checks are recorded throughout.  Comes with the section of plotting map used on the raid.  The route to and from the target has been marked in pencil with times recorded at various points.  Scarce original documents that were actually completed on the bombing raid.  Stock code P23604.