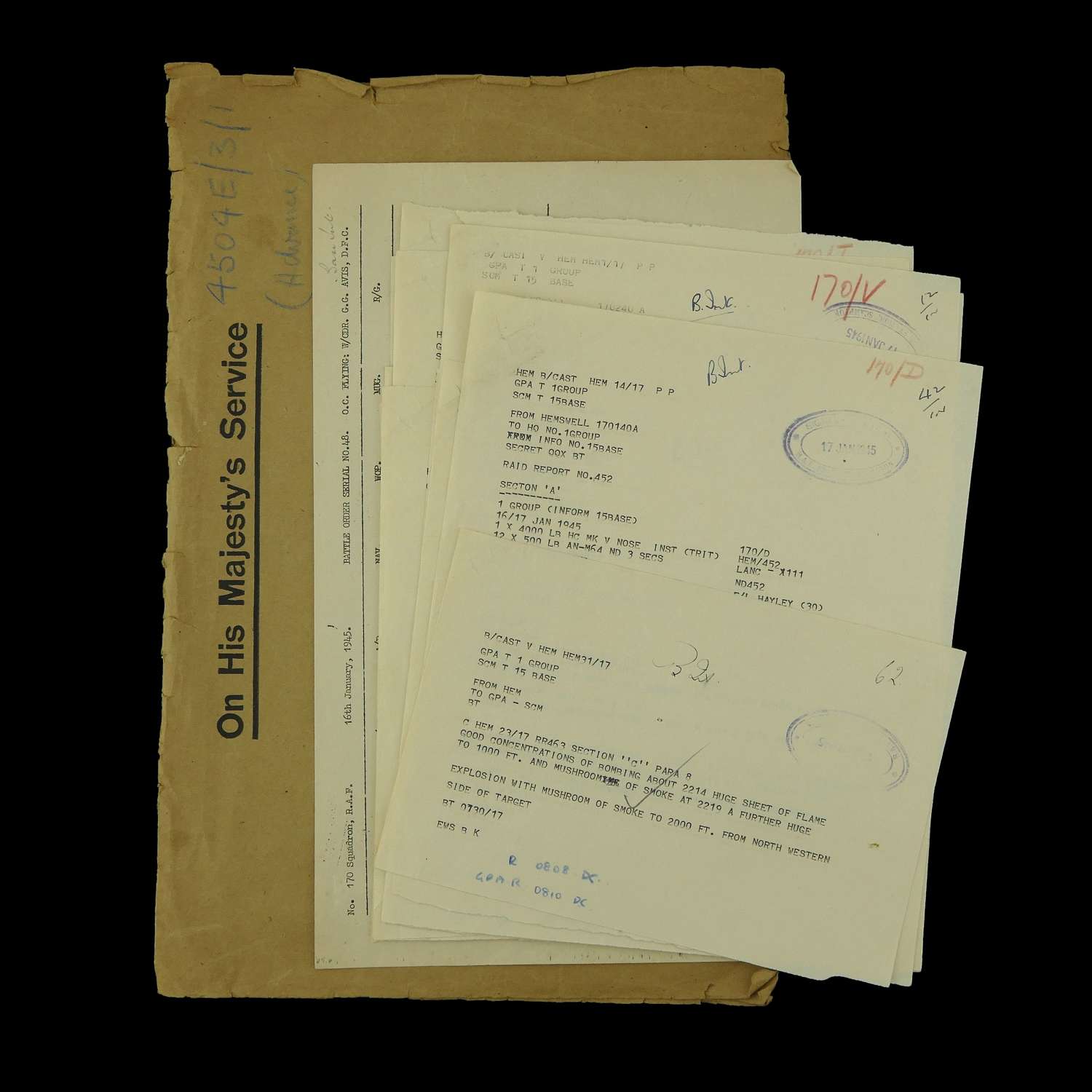 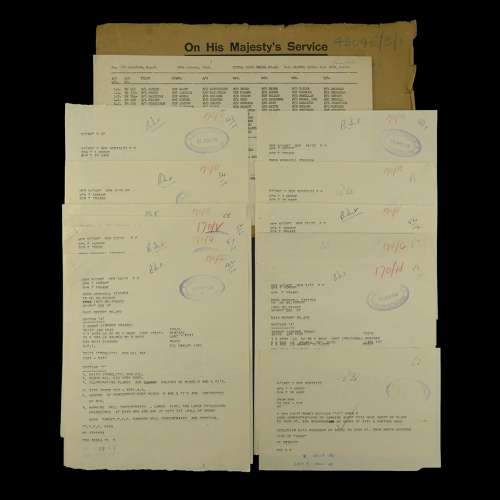 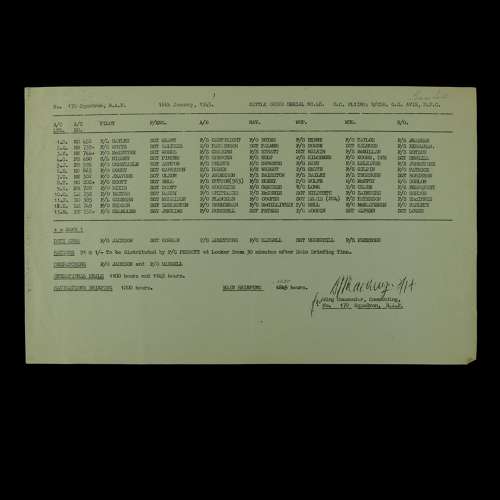 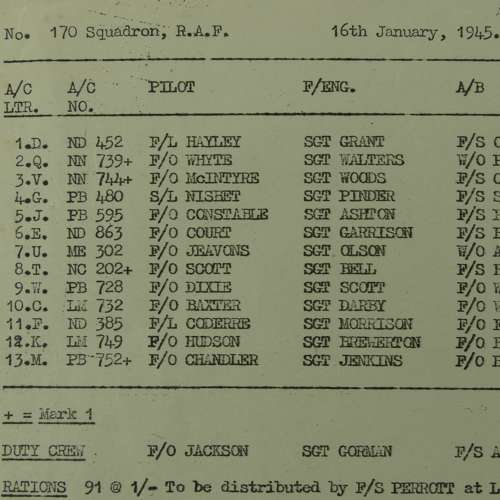 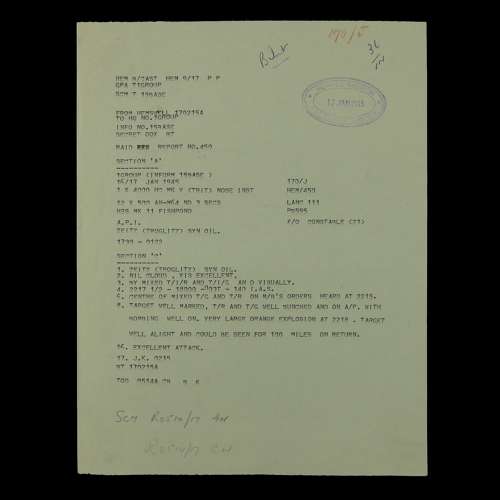 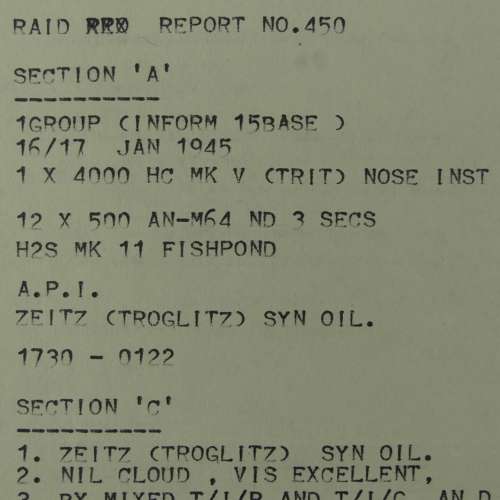 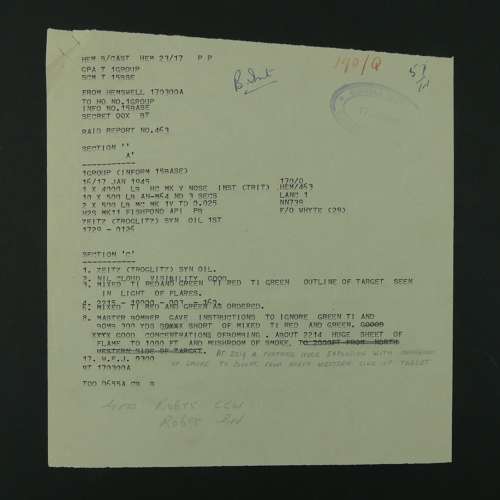 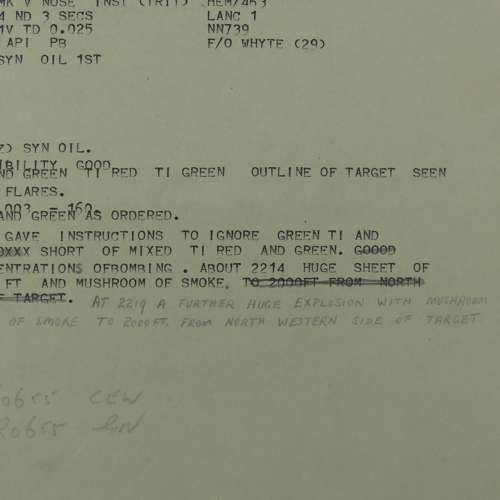 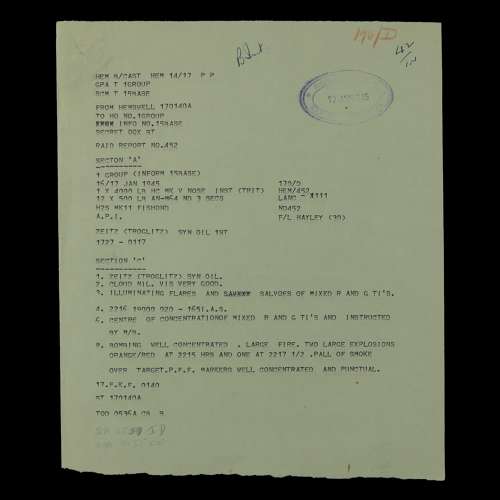 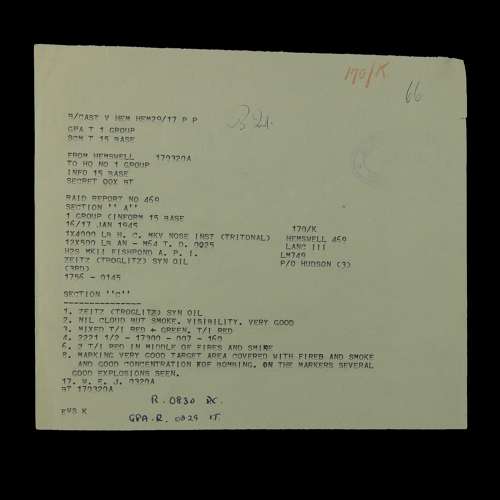 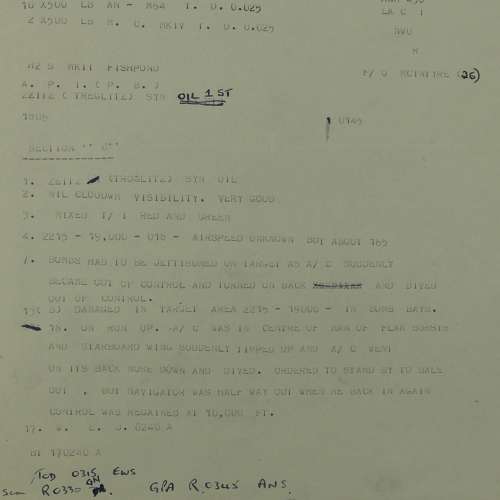 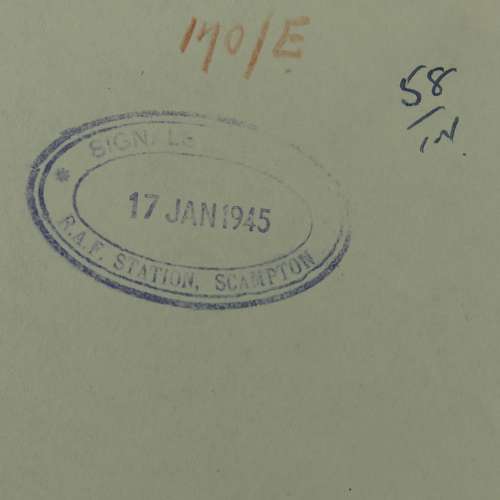 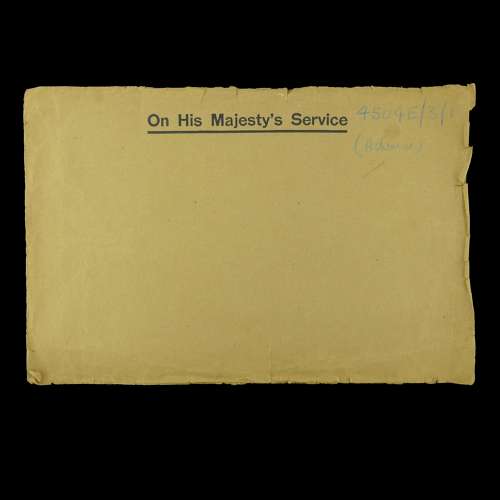 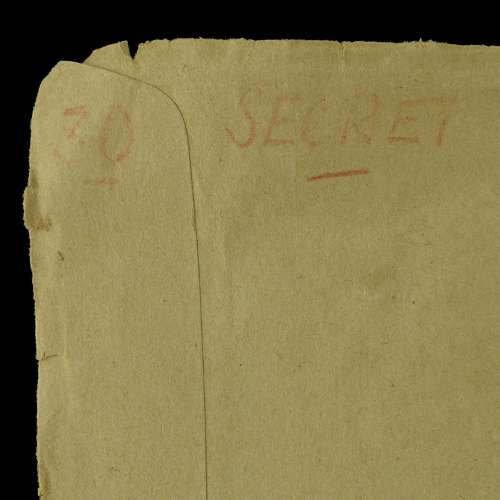 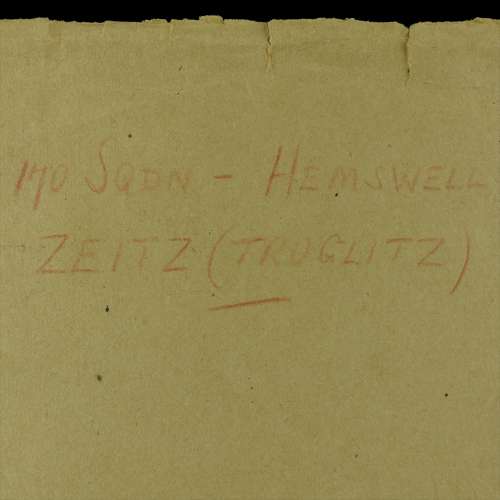 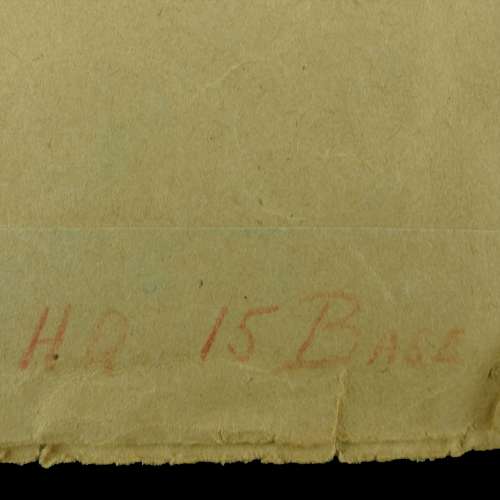 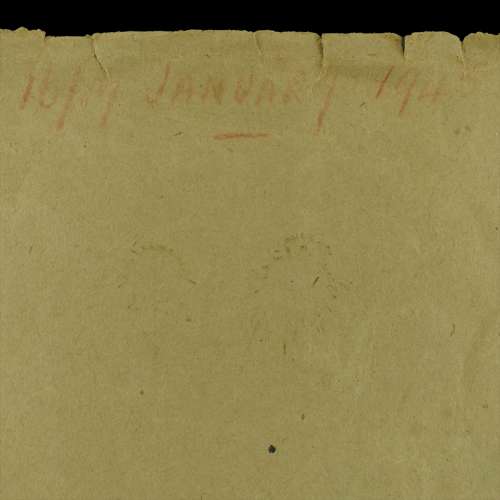 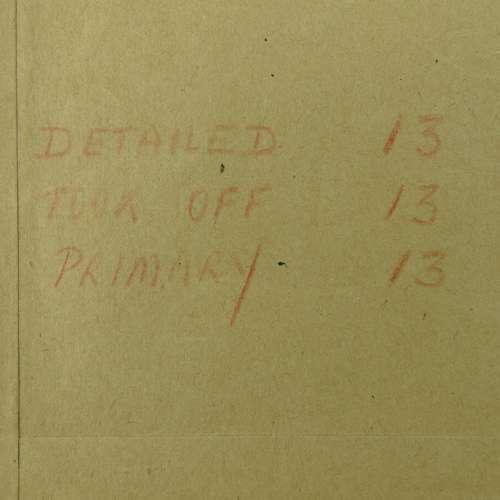 RAF bomber command raid report No.452 for night operations that took place on 16th/17th January 1945.  15 sheets.  A total of  328 Lancasters of 1, 6 and 8 Groups was despatched, attacking the Braunkohle-Benzin synthetic oil plant at Zeitz (Troglitz), near Leipzig.  13 Lancasters from  1 Group's 170 Squadron took off from their base at Hemswell.  The battle order sheet (No. 48) lists all of the crews and their aircraft serial numbers, the duty crews, rations given, meal times on the day of the sortie and briefing times.  The next 13 sheets give raid details for each of the aircraft.  These include the date, raid number, target, aircraft code, pilot's name, bomb loads (most aircraft appear to have been carrying 1 x 4,000lb HC Tritonic 'cookies' and 12 x 500lb AN-M64 general purpose bombs), navigational equipment (H2S MK.II Fishpond), details of cloud cover/visibility, target indicators seen, bombing concentrations/results observed etc.  Aircraft NN 744+ was piloted by F/O McIntyre.  His report notes 'bombs had to be jettisoned on target as aircraft suddenly became out of control and turned on back and dived out of control.... On run up A/c was in centre of man (sic) of flak bursts and starboard wing suddenly tipped up and A/c went on its back nose down and dived.  Ordered to stand by to bale out but navigator was half way out when he back in again control was regained at 10,000'.  F/O Constable of Lancaster PB 595 notes 'Very large explosion at 2218.  Target well alight and could be seen for 100 miles on return - excellent attack'.  A final sheet concludes ' Good concentrations of bombing about 2214.  Huge sheet of flame to 1000' and mushroom of smoke at 2219.  A further huge explosion with mushroom of smoke to 2000' from North Western side of target'.   Each of the aircraft raid reports have annotations in pencil and/or pen and are overstamped 'Signals Secton, RAF Scampton, 17 Jan. 1945'.  All 13 Lancasters from 170 Squadron returned safely.  The paperwork comes in the original brown paper envelope marked 'On His Majesty's Service' and annoted in crayon with target name, squadron/base, Secret etc.
Information from 'The Bomber Command War Diaries' states that 10 Lancasters were lost, 3% of the total force and much damage was caused to the northern half of the plant.  The paperwork is a little dog-eared / creased around the edges but generally in very good condition.  The envelope is tatty.  Extremely interesting original documents relating to a bomber command sortie over Germany during the last few months of the war.  Very unusual to find the raid reports for the entire squadron taking part.  Stock code P14684.