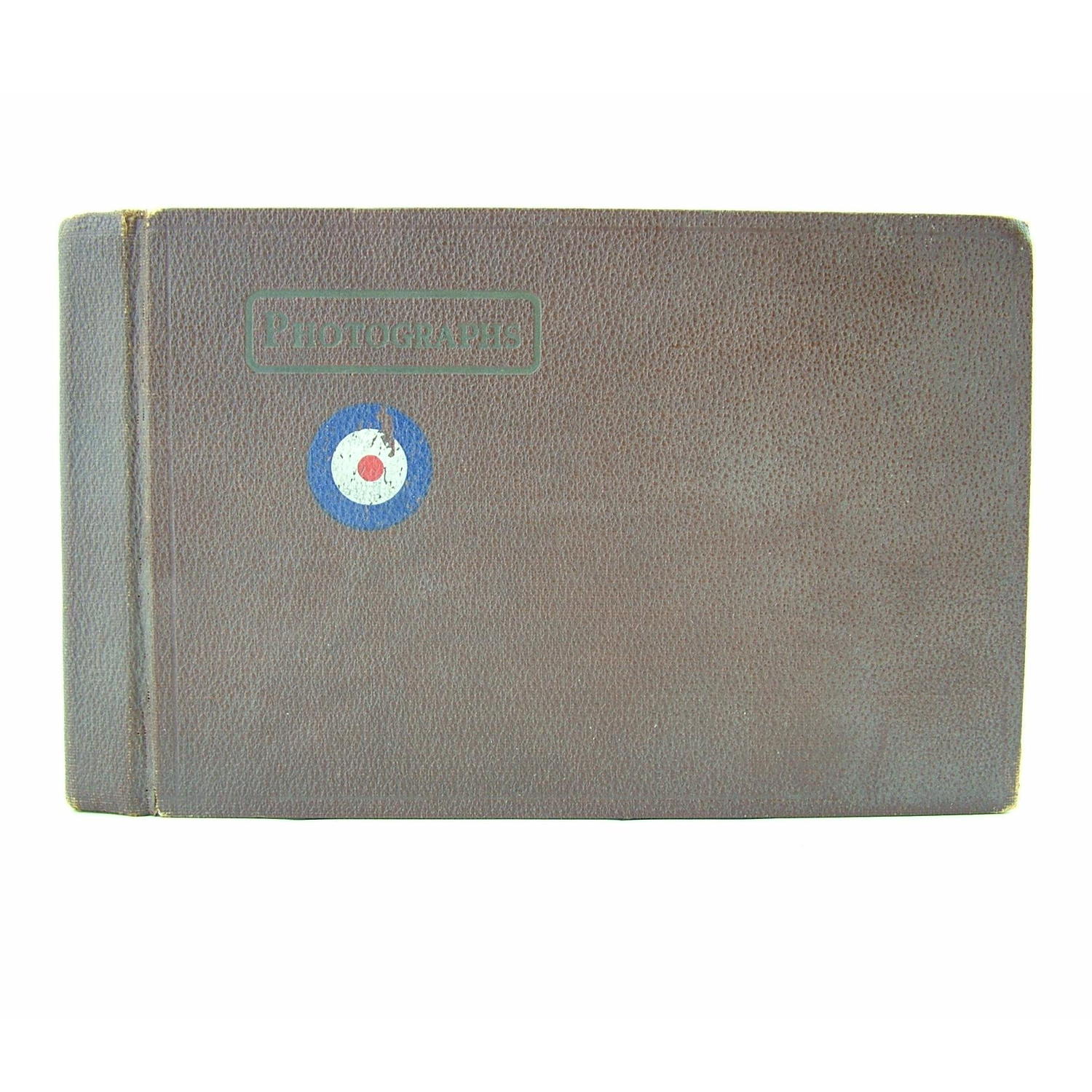 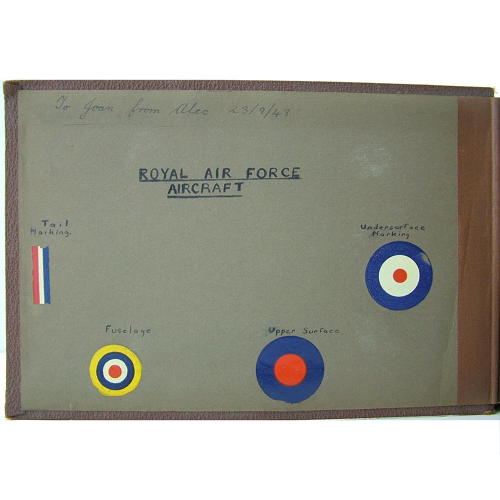 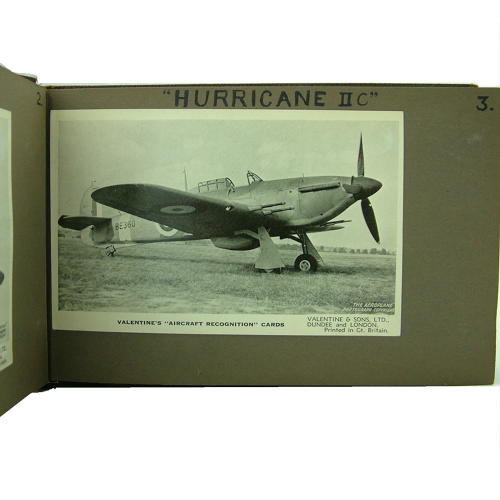 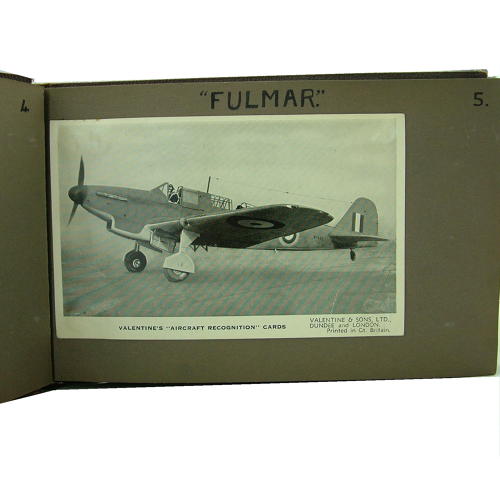 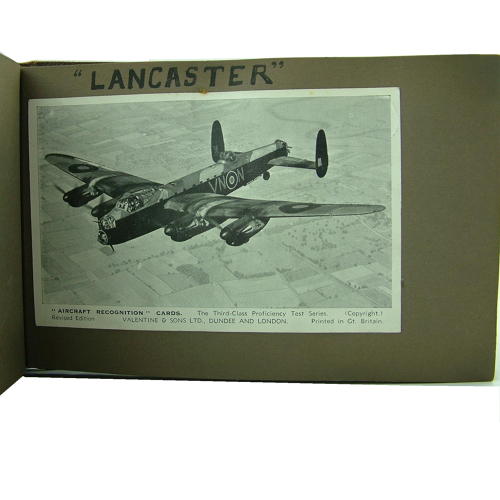 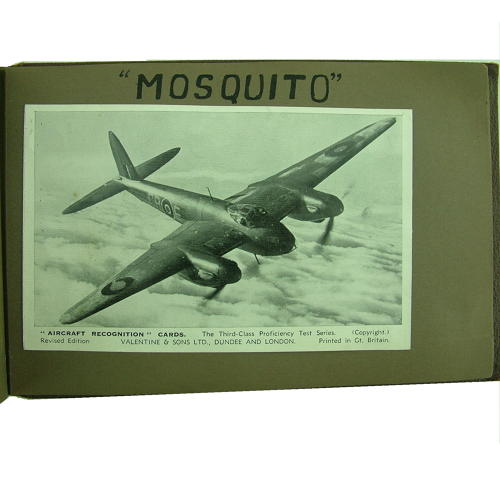 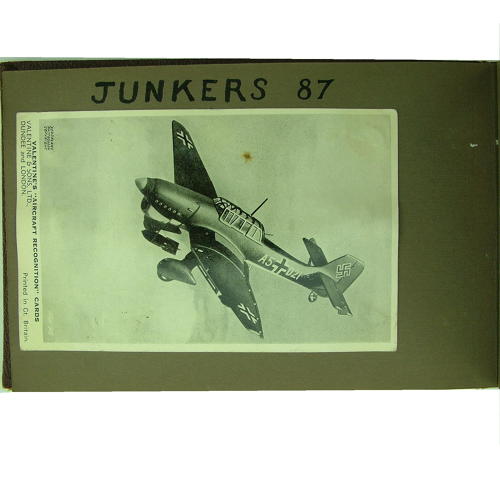 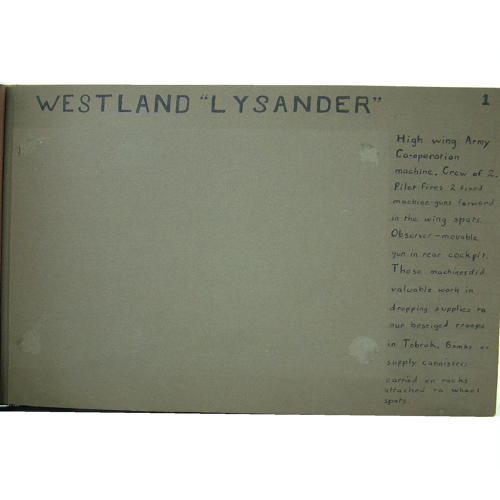 Small photograph/postcard album put together by an airman for his wife/girlfriend in 1943.  It is comprised of black and white recognition postcards of RAF and German aircraft produced by Valentine & Sons Ltd. of Dundee.  Each page has a different card and has been titled by hand.  The aircraft include AVRO Manchester, Hurricane IIC, Boston III, Fulmar, Blenheim IV, Hampden, Whitley, Flying Fortress, Halifax, Stirling, Defiant, Beaufighter, Halifax II, Lancaster, Ventura, Mosquito, Marauder, ROC, Defiant (2), Ju88, He111, Fw1189, Do17, Do18L, Ju52, He115, Fw Kurier & JU88A.  The cards have been glued into the album, a few have come loose, a  further two or three appear to be missing/removed.  Inscribed to inner cover 'To Joan from Alec, 23/9/43.  Shows wear and use but an interesting period item.  Stock code P22519.