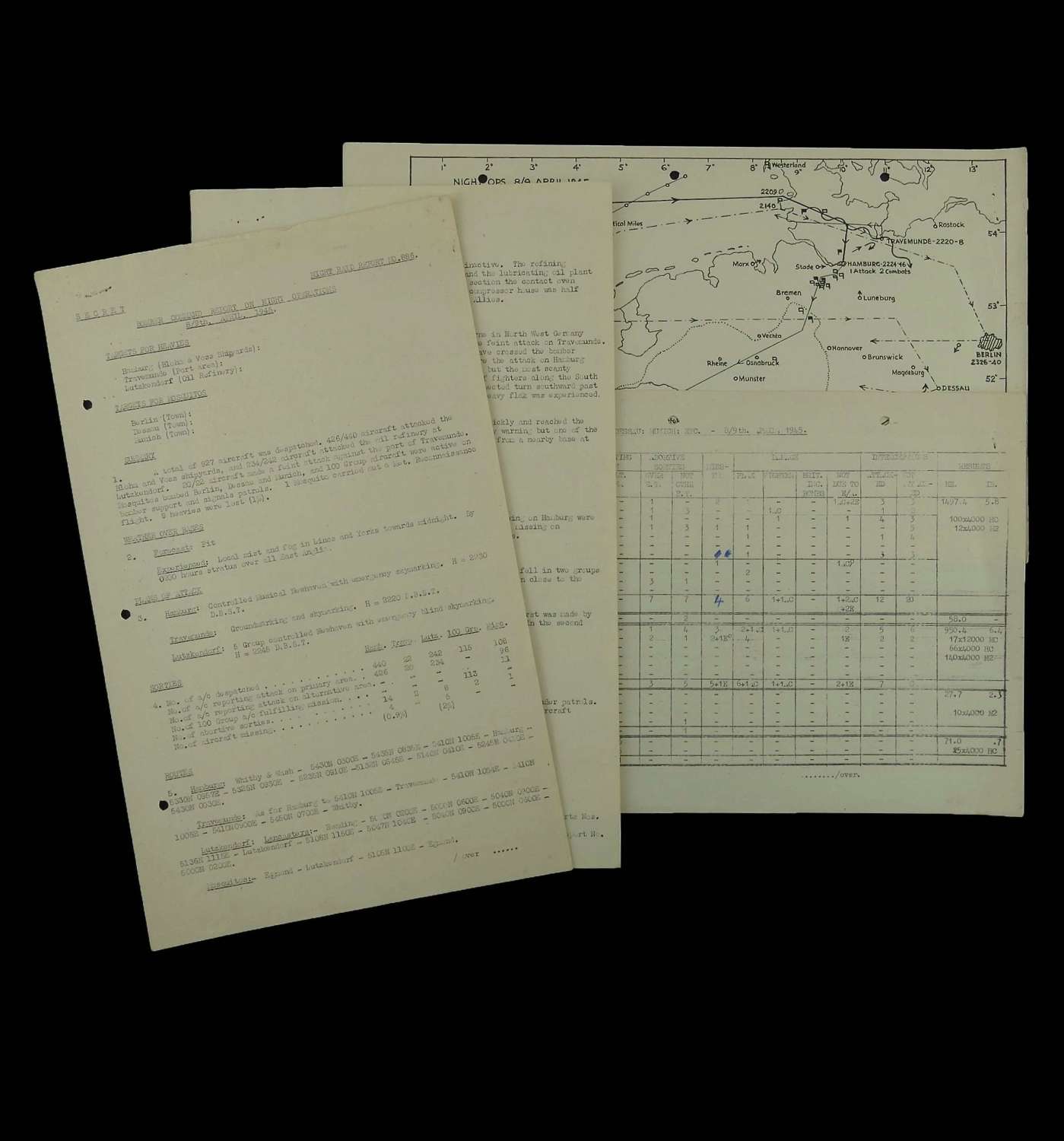 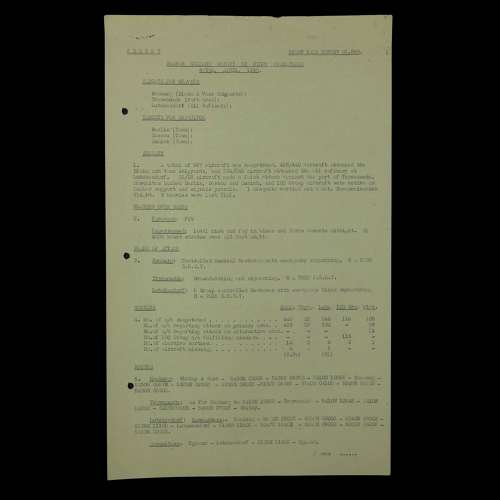 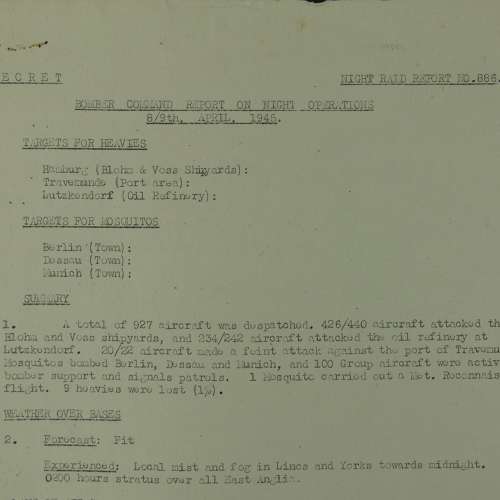 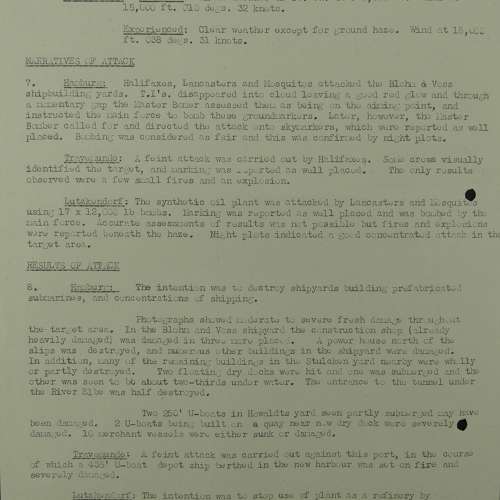 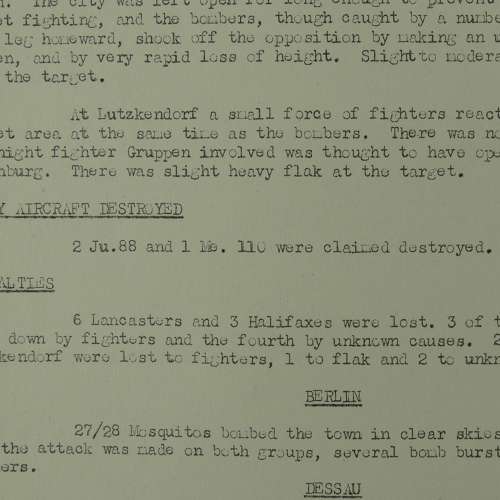 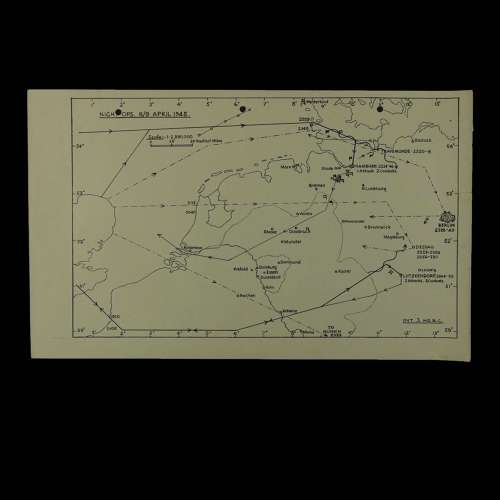 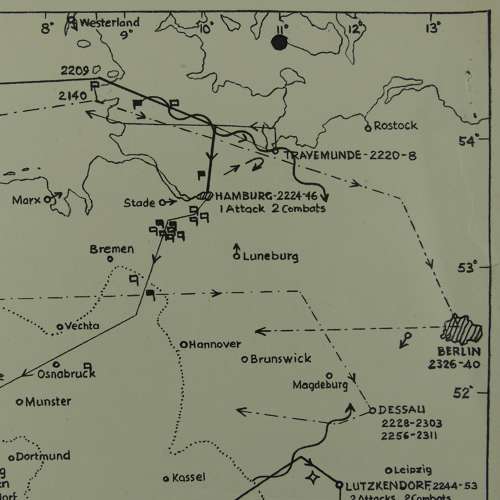 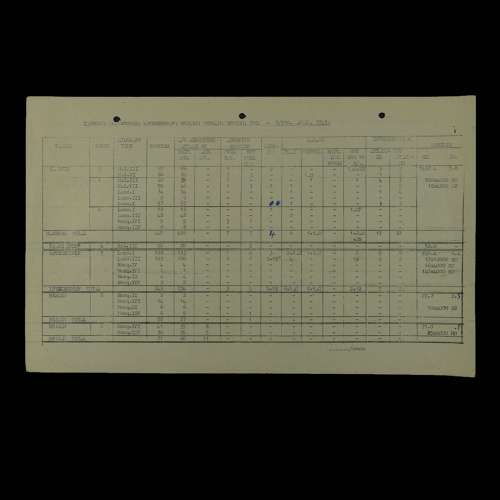 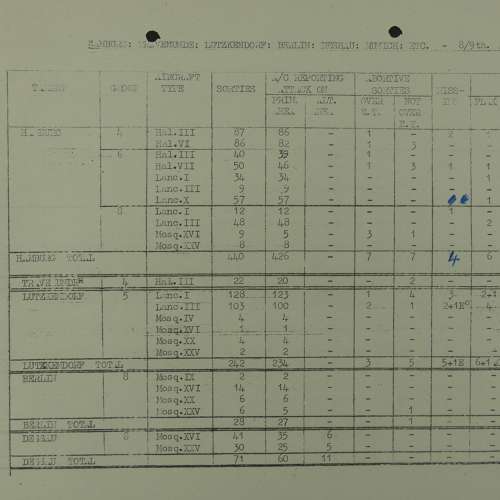 RAF bomber command raid report No.886 for night operations that took place on 8th/9th April 1945.  Foolscap, 4 sheets.  A total of 927 aircraft from 4,6 and 8 Groups was despatched with over 400 Halifaxes, Lancasters and Mosquitoes attacking the Blohm and Voss shipyards at Hamburg and over 200 Lancasters and Mosquitoes attacking the oil refinery at Lutzkendorf.  20 plus Halifaxes made a feint attack on the port of Travemunde and Mosquitoes bombed Berlin, Dessau and Munich.  Nine of the bombers failed to return.  The report gives details of the weather over the targets, daylight reconnaissance of bombing results, enemy defences encountered etc.  One sheet is a map marked with the routes taken by participating aircraft, another lists the aircraft involved/bombs dropped etc.
Information from 'The Bomber Command War Diaries' states that cloud cover caused the raid on Hamburg to become dispersed, and whilst damage to the shipyard was caused, some of this may have been attributable to an AAF raid a few hours earlier.  292 people were killed on this, the last major raid on Hamburg.  The oil refinery at Lutzkendorf was rendered 'inactive'.  The paperwork is a little dog-eared/creased around the edges but generally in very good condition.  Interesting original documents relating to bomber command sorties over Germany during the last few weeks of the war.  Stock code P22873-210.