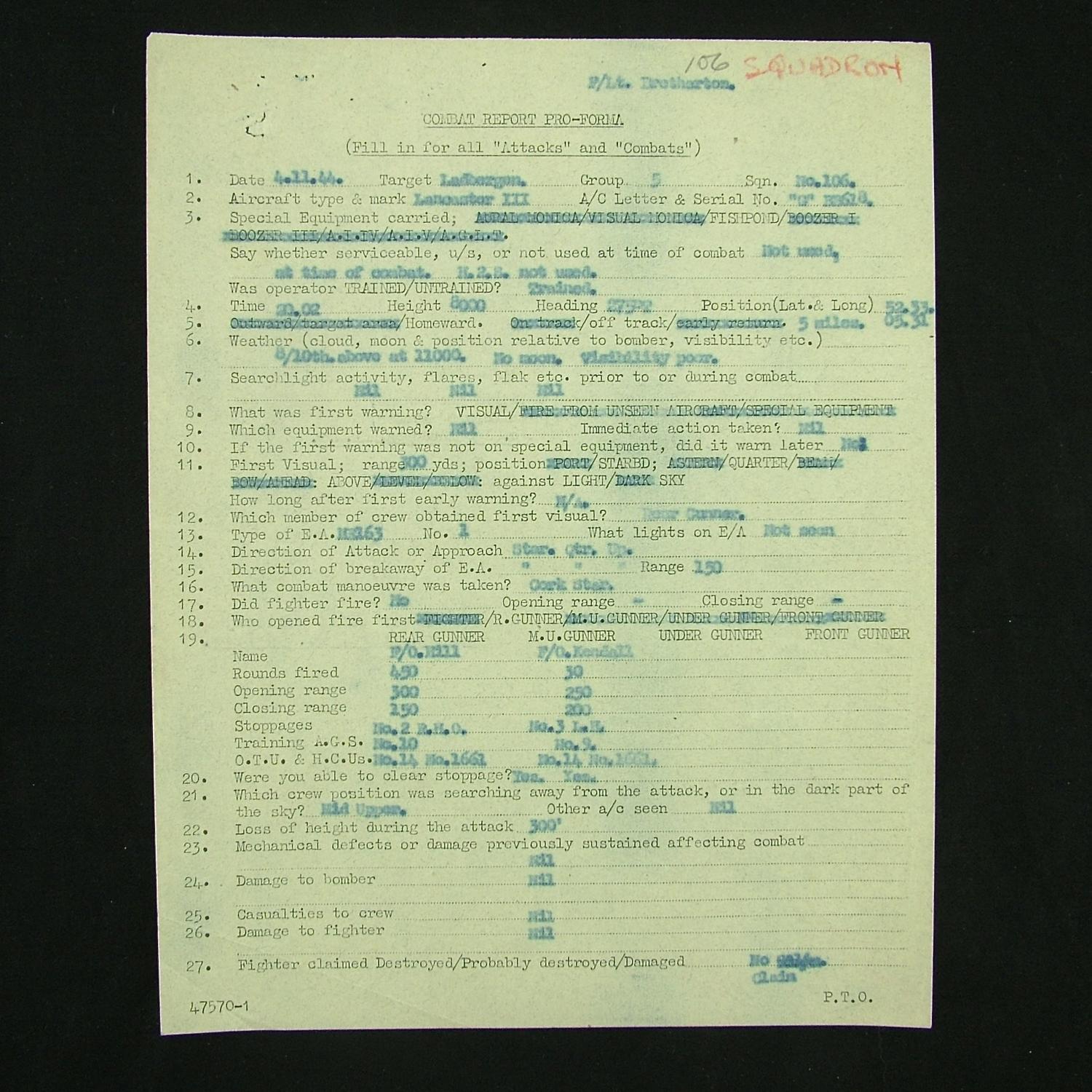 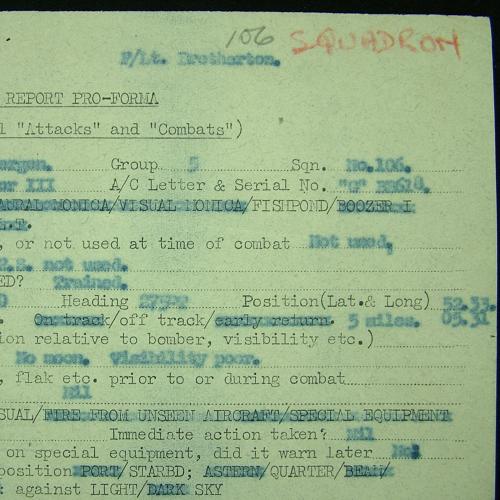 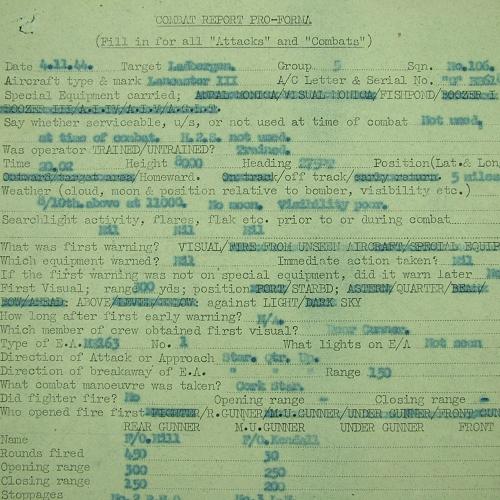 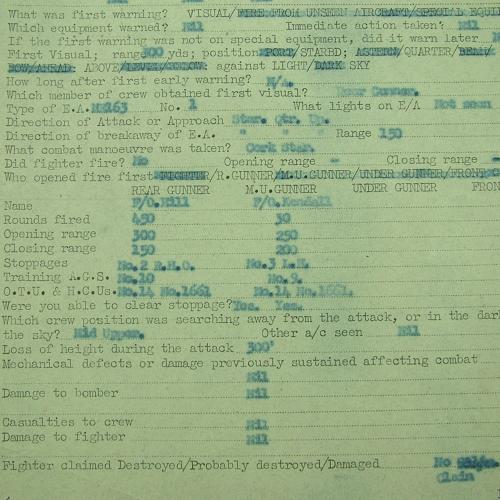 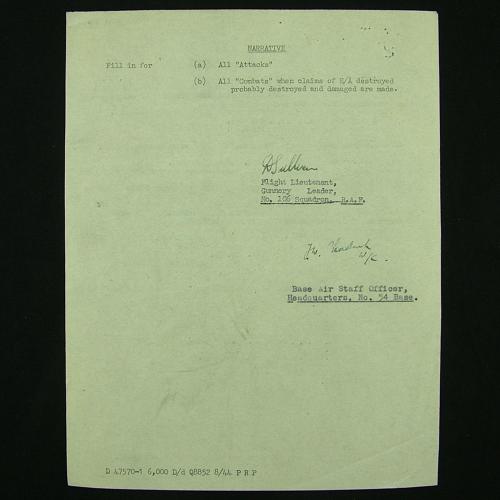 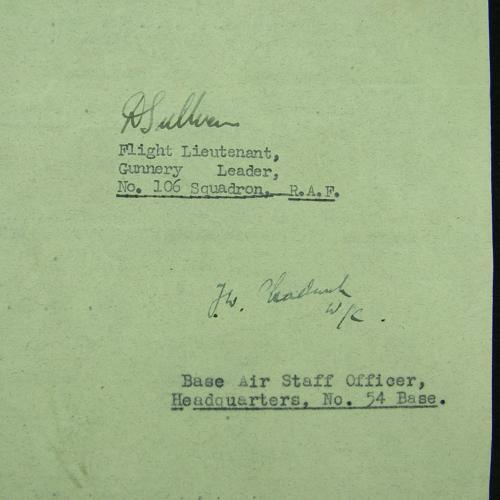 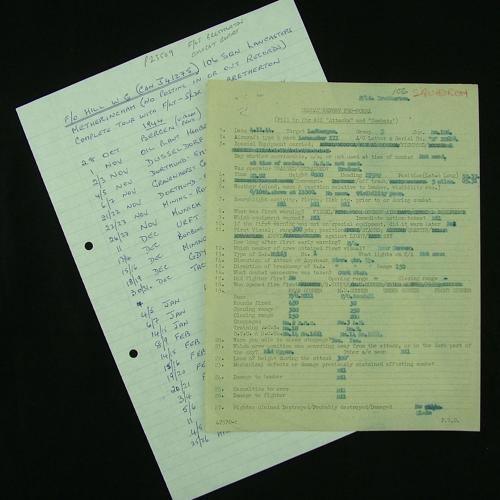 Original bomber command combat report pro-forma filled out by Flight Lieutenant D.B. Bretherton of 106 Squadron for a sortie undertaken on 4th November 1944.  The target was Ladbergen and the aircraft a Lancaster III.  During the sortie they were attacked by a Me163.  The enemy aircraft did not engage but the Lancaster's rear and mid upper airgunners F/O Hill and F/O Kendell fired 500 rounds between them.  No claim was made.  The combat report is a period undercopy and is hand signed by the 106 Squadron gunnery leader and Wing Commander Chadwick, the base air staff officer.  This is an unusual report as bomber command combat reports rarely turn up.  Even rarer is one involving a Me163 Komet, the only rocket powered aircraft to see combat during the second world war.  Printed on thin economy paper.  Some creasing and age related wear.  Comes with handwritten notes relating to the airgunner P/O W.G Hill who did a full tour with Bretherton.  Stock code P23509.