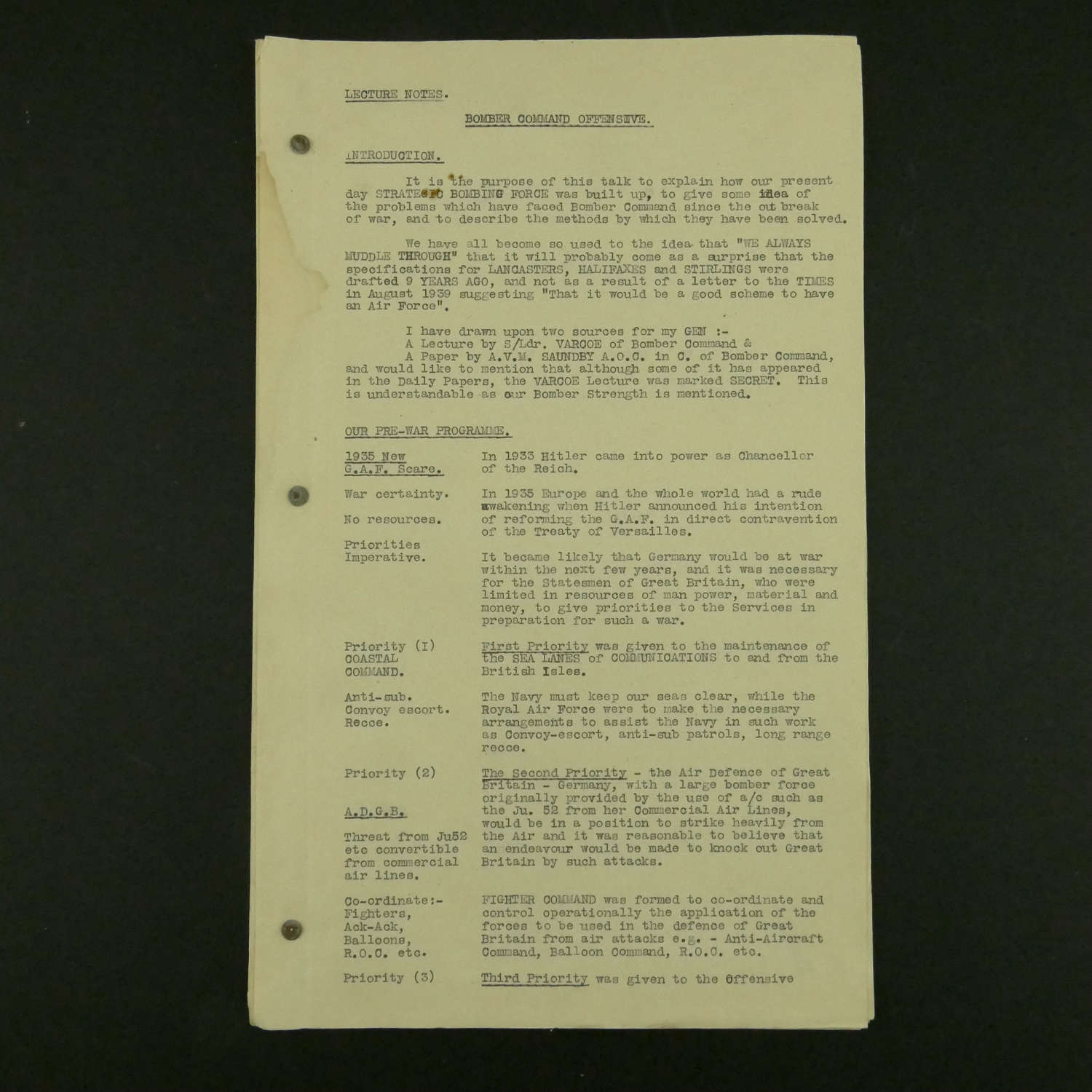 Foolscap, 10p. Original typed 'top copy' RAF lecture notes on the Bomber Command Offensive. Information is given to the end of 1943 so I would assume that the lecture was given at some point early in 1944.  The unknown author references S/Ldr Varcoe and AVM Saundby A.O.C. in C. of Bomber Command as sources.  The purpose of the lecture was 'to explain how our present day strategic bombing force was built up, to give some idea of the problems which have faced Bomber Command (BC) since the outbreak of war, and to describe the methods by which they have been solved'.  The notes cover pre-war planning, the strength of BC in 1939, and the various roles undertaken by the various Group areas within BC. Towards the end, it gives details of BC's strength at the close of 1943,  the development of day and night strategic bombing including the significance of the build-up of the USAAF's 8th Air Force.   It also refers to the '1000' bomber raid on Cologne and gives figures for missing aircraft from operational sorties for 1941/2/3.  Interestingly, during 1943, the effectiveness of flak decreased, while the effectiveness of the enemy night fighter system improves, with the result that by the end of 1943, approximately 80% of losses were due to enemy fighter action.  A fascinating document. Very good condition.  Stock code P22873-198. 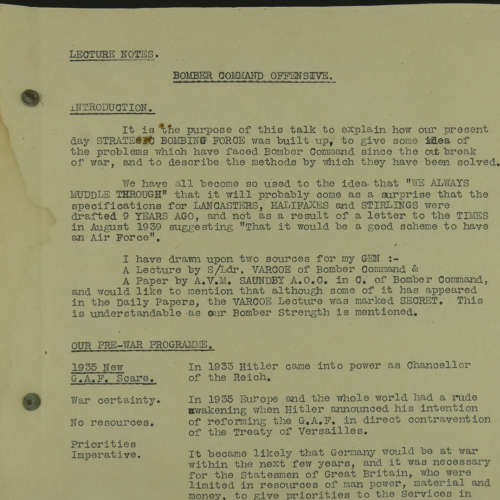 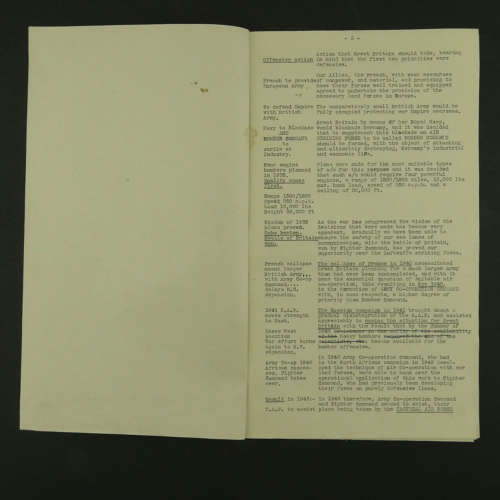 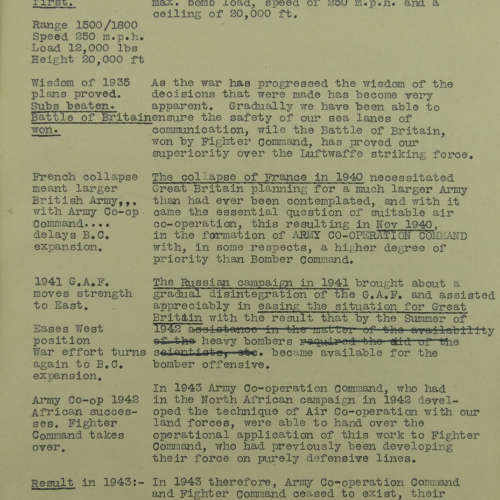 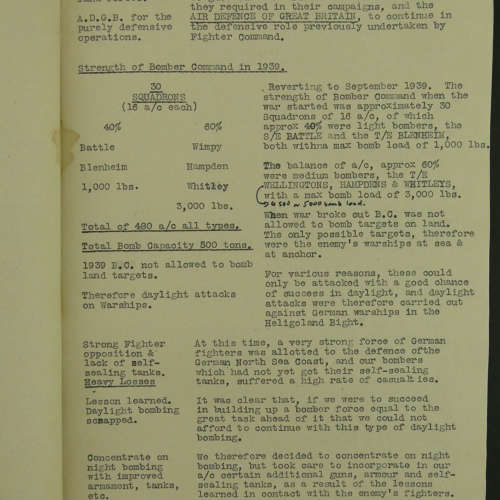 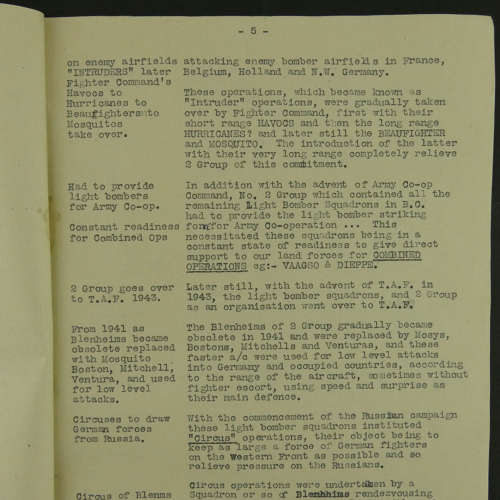 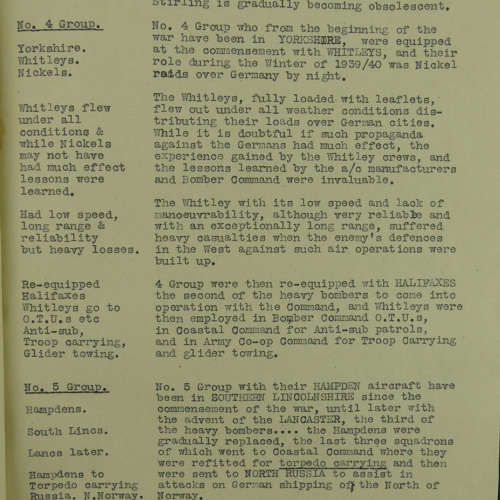 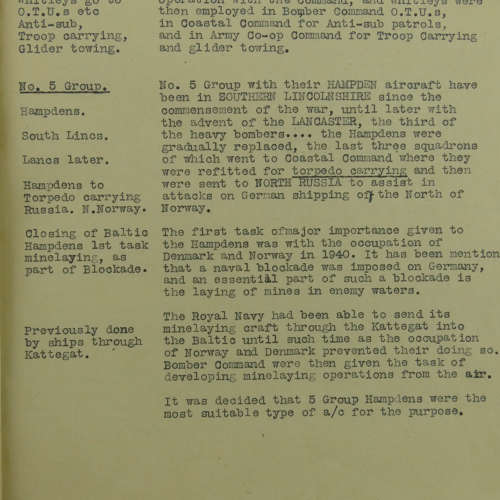 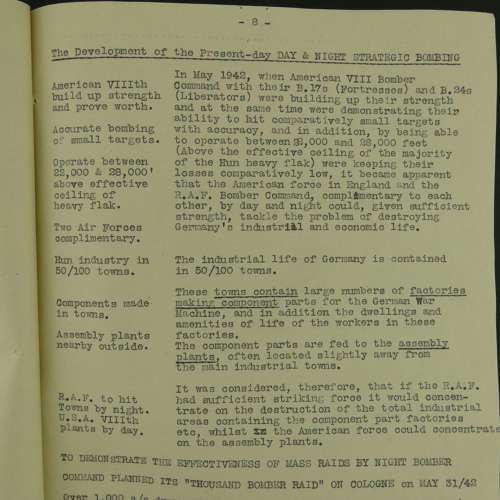 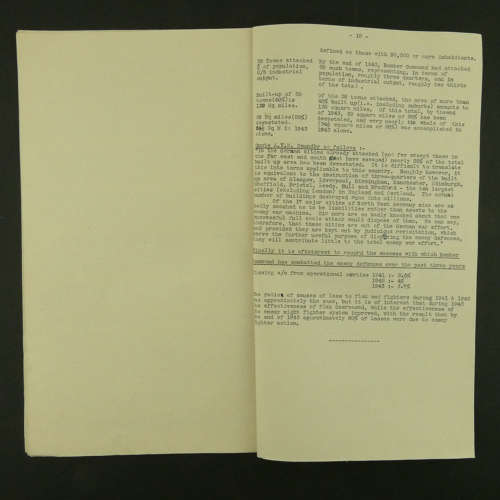 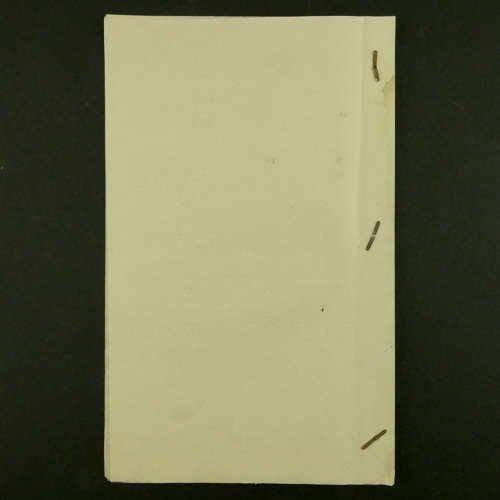