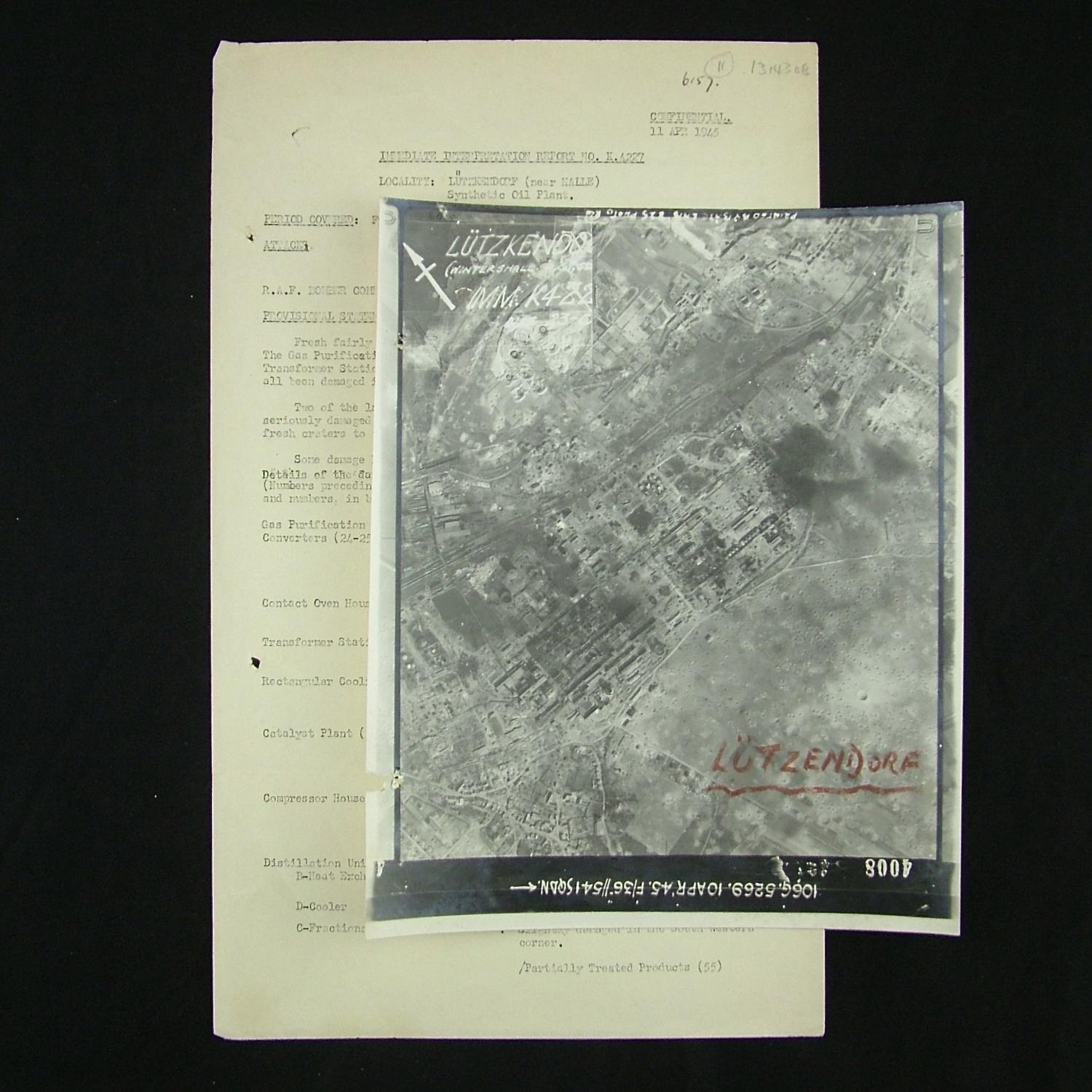 RAF bomber command raid interpretation report No. K.4227.  Covers the period 8th April1945 to 10th April 1945 for attacks by the RAF on the synthetic oil plant at Lutzkendorf (near Halle), Germany.  One foolscap sheet details the damage caused by the raid to the various sections of the plant and businesses/residential properties in the vicinity.   Information from 'The Bomber Command War Diaries' states that 231 Lancasters and 11 Mosquitoes of 5 Group attacked the refinery, which had escaped serious damage the previous night.  It was rendered 'inactive'.  6 Lancasters were lost during the raid.  Also comes with an air/ground reconnaisance photograph  (24 x 19.5cm) showing the site and bomb damage.  The paperwork is dog-eared/creased with small tears, annotations etc.  Interesting original documents relating to bomber command sorties over Germany during the last months of the war.  Stock code P22873-130. 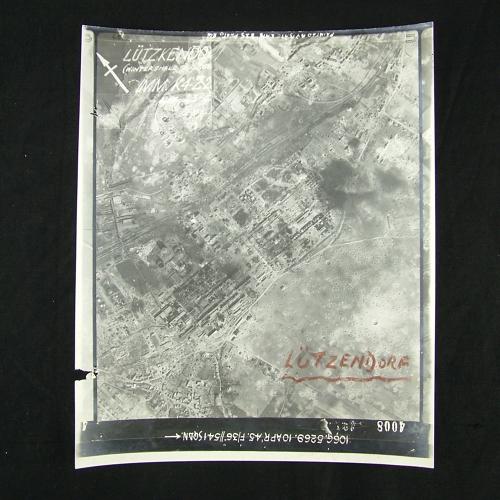 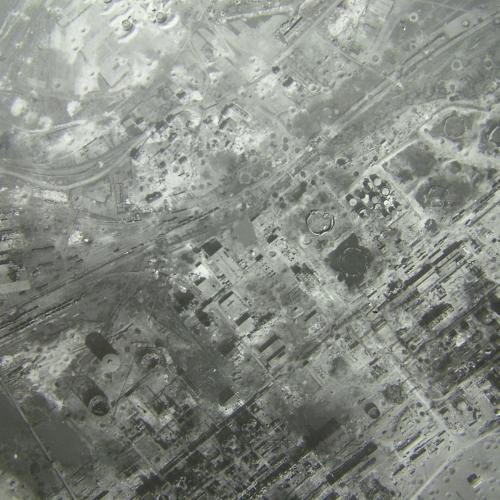 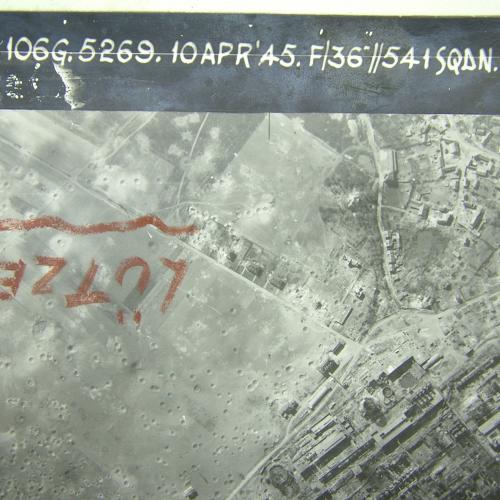 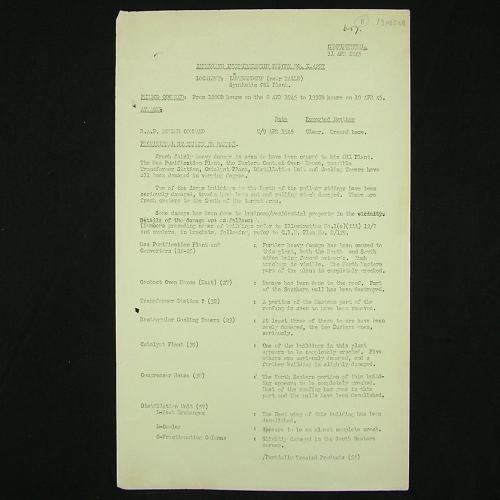 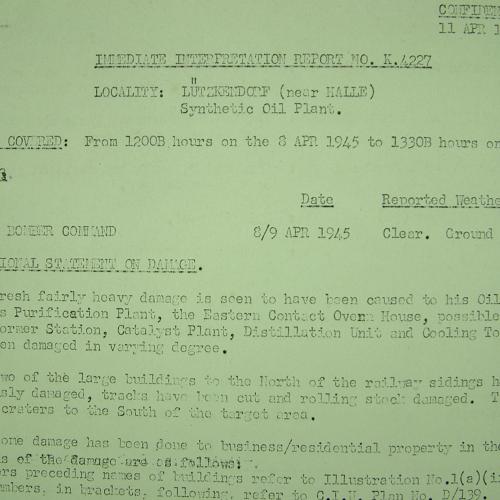 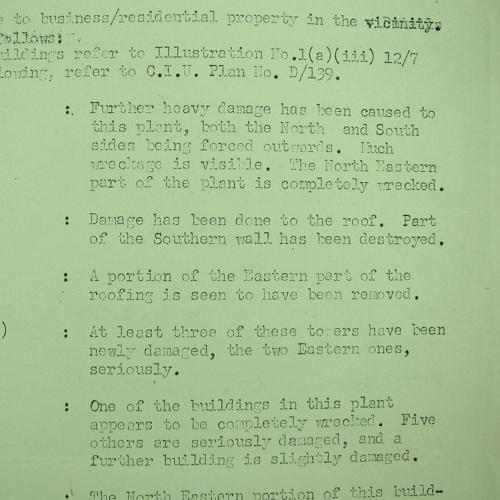 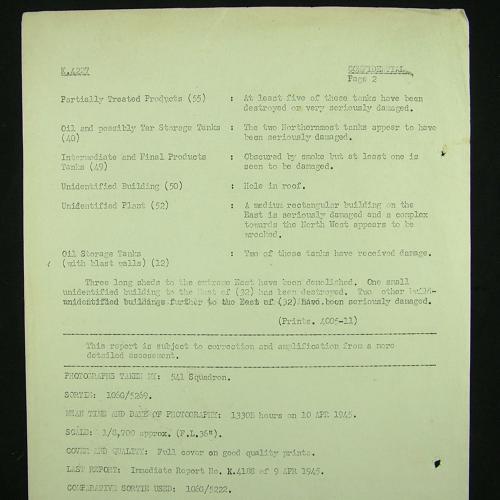 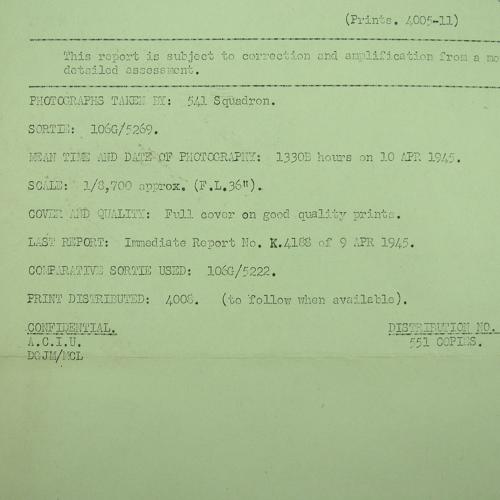