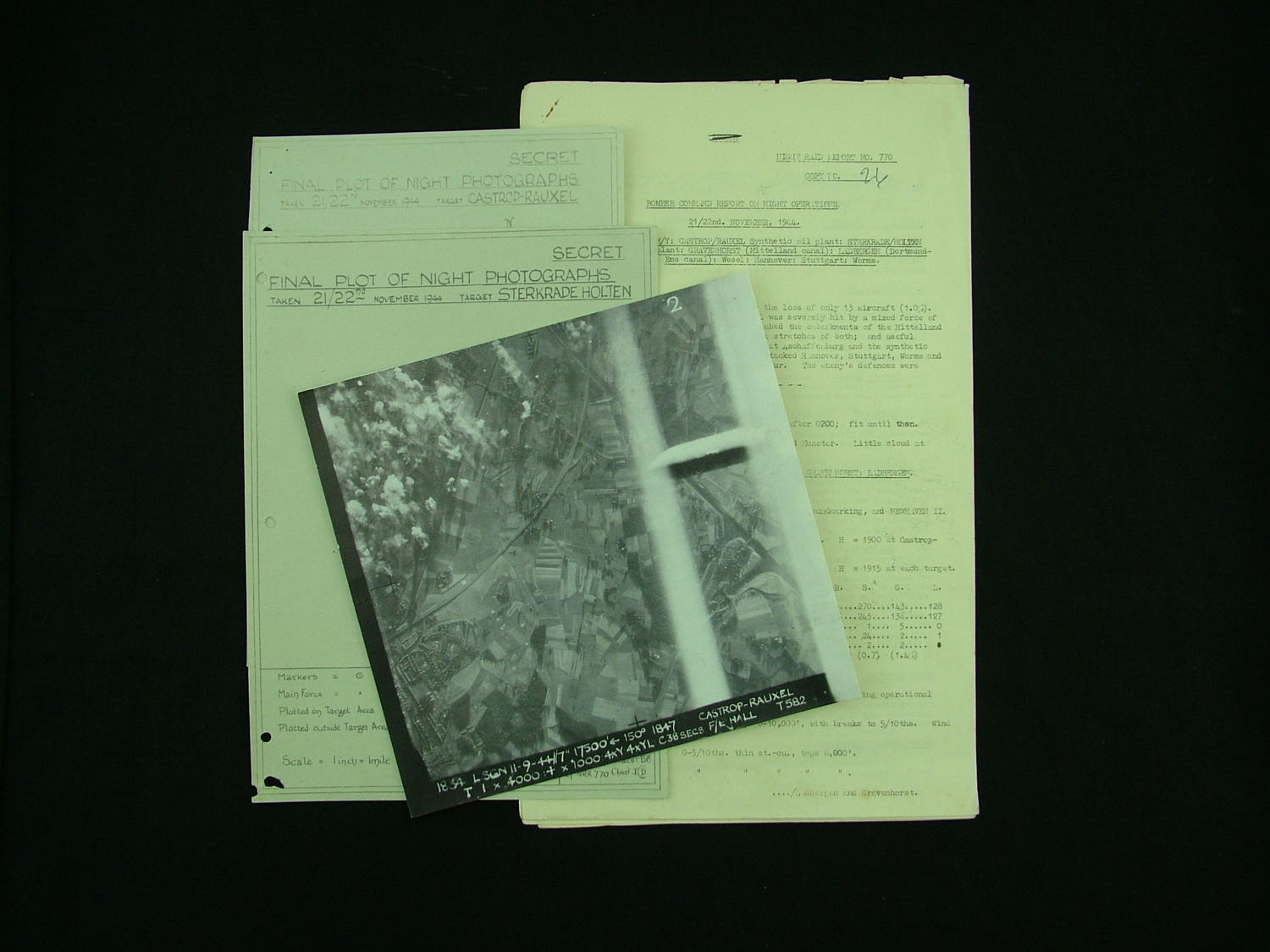 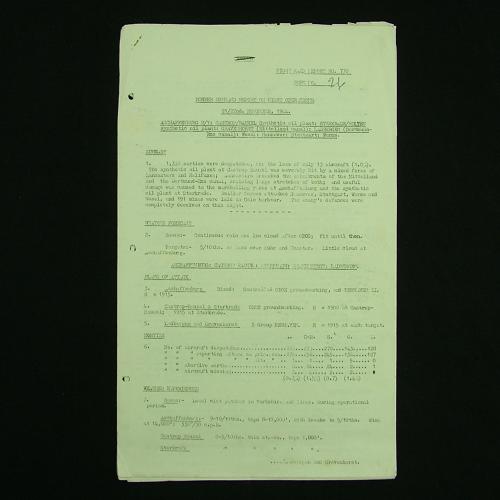 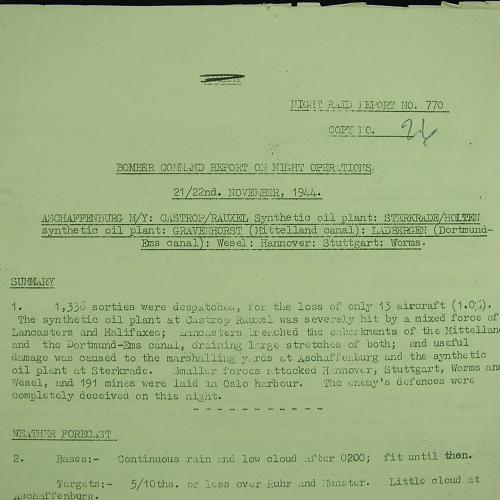 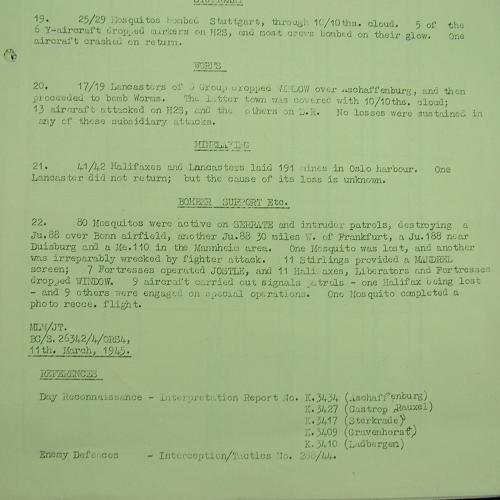 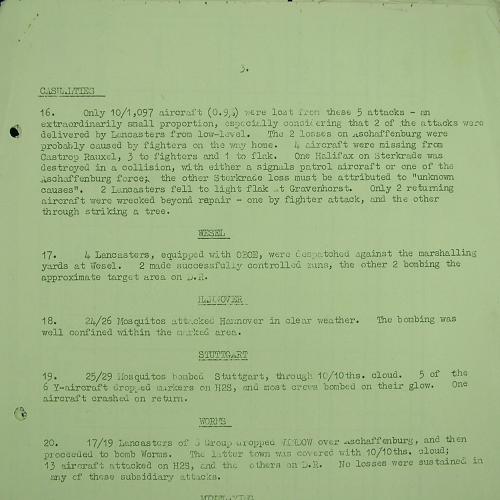 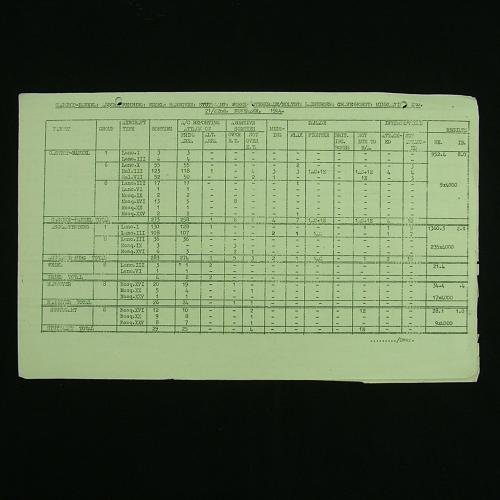 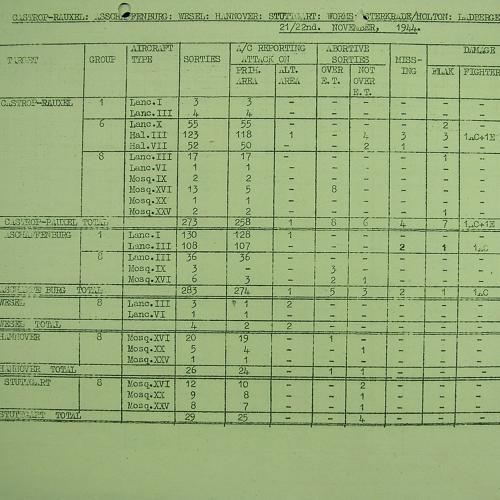 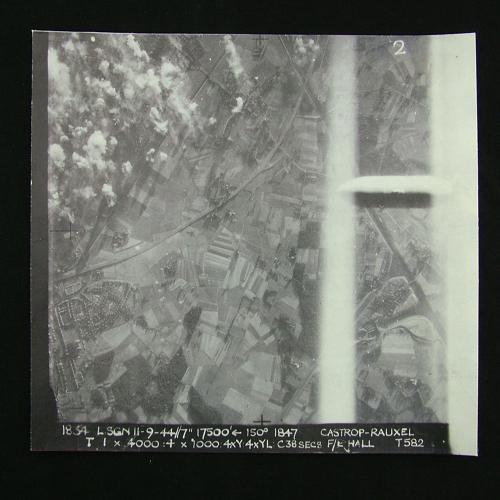 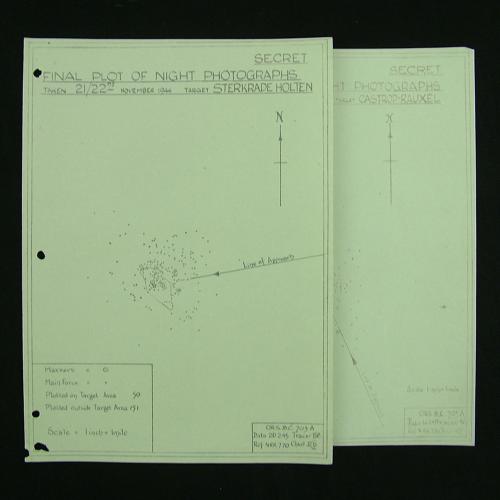 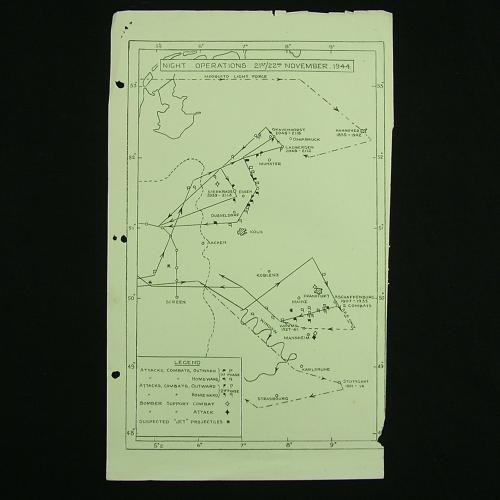 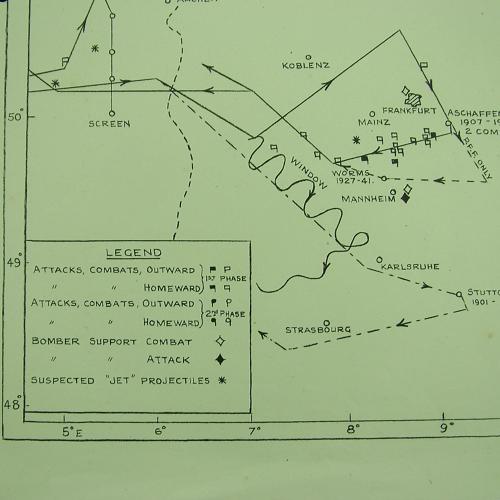 RAF bomber command secret night raid report No.770.  Covers operations on the night of 21/22nd November 1944 on Ashaffenburg Marshalling Yards; Castrop/Rauxel Synthetic Oil Plant; Sterkrade/Holten Synthetic Oil Plant; Gravenhorst (Mittelland canal) and Ladbergen (Dortmund-Ems canal).   Four foolscap sheets, two smaller sheets and one photograph.  The period copy (Copy No.26) sheets give a summary of the raids  - '1336 sorties were despatched for the loss of only 13 aircraft.  The oil plant at Castrop Rauxel was severely hit by a mixed force of Lancasters and Halifaxes; Lancasters breached the embankments of the Mittelland and the Dortmund-Ems canal, draining large stretches of both; and useful damage was caused to the marshalling yards at Aschaffenburg and the synthetic oil plant at Sterkrade.  Smaller forces attacked Hannover, Stuttgart, Worms and Wesel, and 191 mines were laid in Oslo harbour.  The enemy's defences were completely deceived on this night'. Information is given on weather, plan of attack and reconnaisance for each of the targets, enemy defences encountered and enemy aircraft destroyed.  It also mentions Mosquito support aircraft.  One double sided sheet provides a table of the sorties and all the associated detail for each raid and another shows the flight routes for the raids.  Two smaller sheets show the final plots of night photographs taken for Sterkrade Holten and Castrop-Rauxel.  The photograph shows the target at Castrop-Rauxel.  The paperwork is a bit dog-eared/creased with small tears, punched filing holes etc.  Interesting original documents relating to a successful night for bomber command over Germany in November 1944.  Stock code P22873-147.