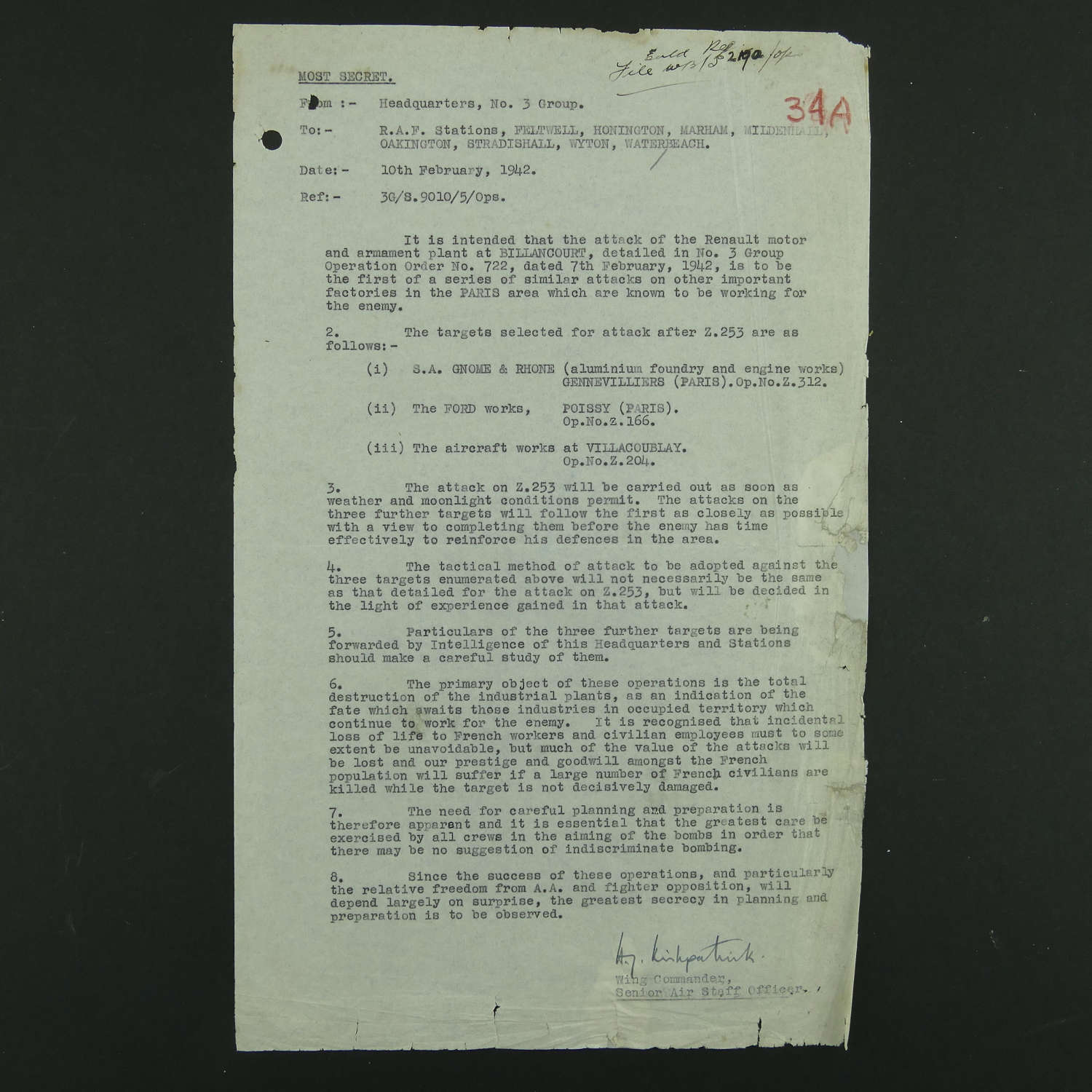 Foolscap (20 x 32.5cm). Typed on thin paper.  "Most Secret" document from Headquarters No.3 Group Bomber Command,  dated 10th February 1942, to RAF stations Feltwell, Honington, Marham, Mildenhall, Oakington, Stradishall, Wyton & Waterbeach, regarding a proposed raid.  'It is intended that the attack of the Renault motor and armament plant at Billancourt, detailed in No.3 Group Operational Order No.722, dated 7th February 1942, is to the first of a series of similar attacks on other important factories in the Paris area which are known to be working for the enemy'.  These included the S.A. Gnome & Rhone engine works, the Ford works and aircraft works at Villacoublay.  It details the proposed attack, recognizing the incidental loss of life to French workers and civilians, states the need for accurate bombing, and stresses the need for surprise and great secrecy in planning and preparation. It is hand signed in ink by Wing Commander H.J. Kirkpatrick.   Rather dog-eared with creasing and edge damage.  A couple of repairs have been made at the edges but this is a rare surviving document.  Stock code P22873-187. 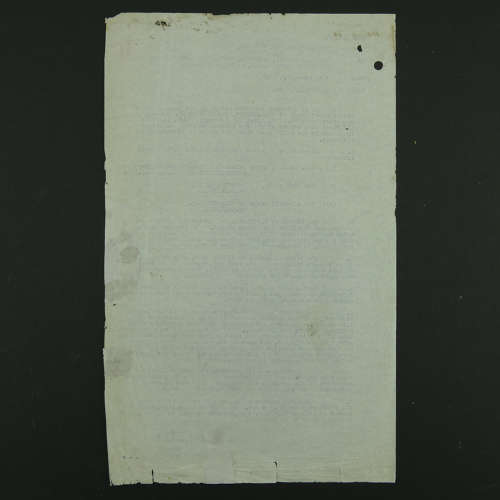 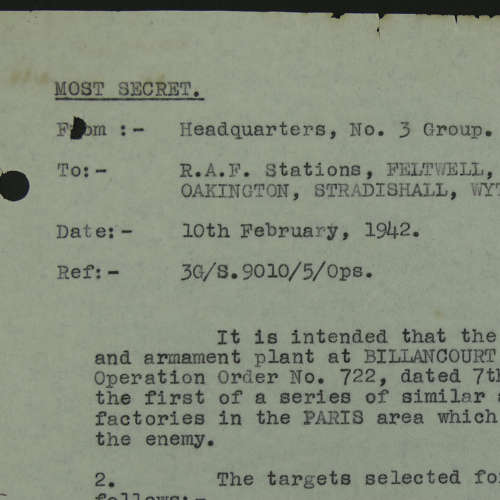 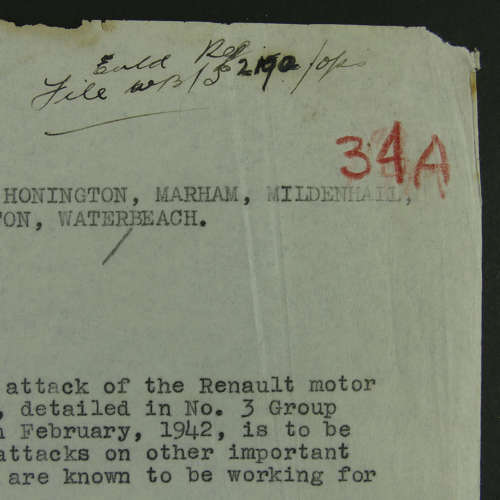 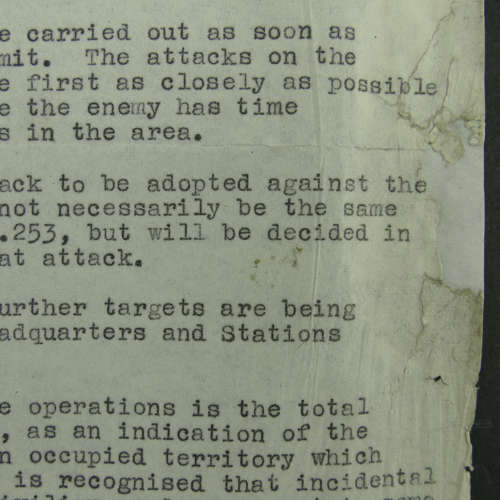 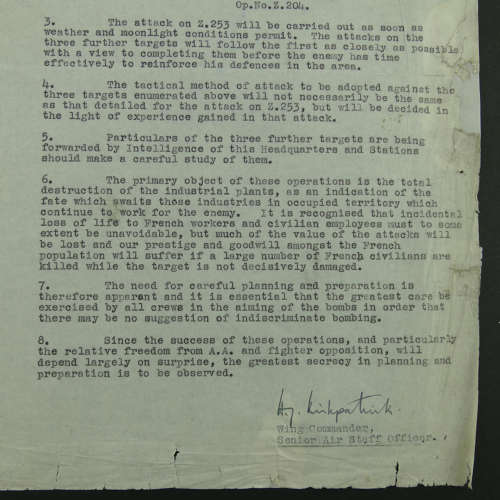 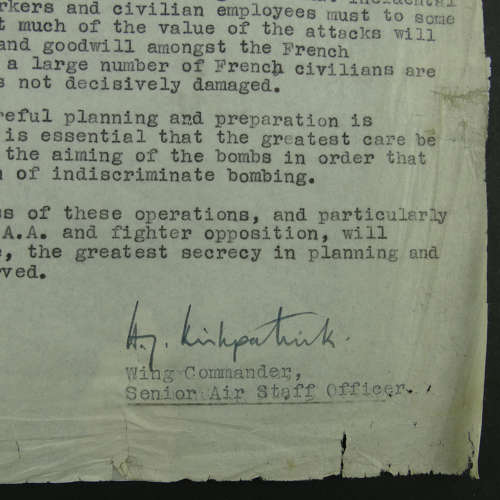