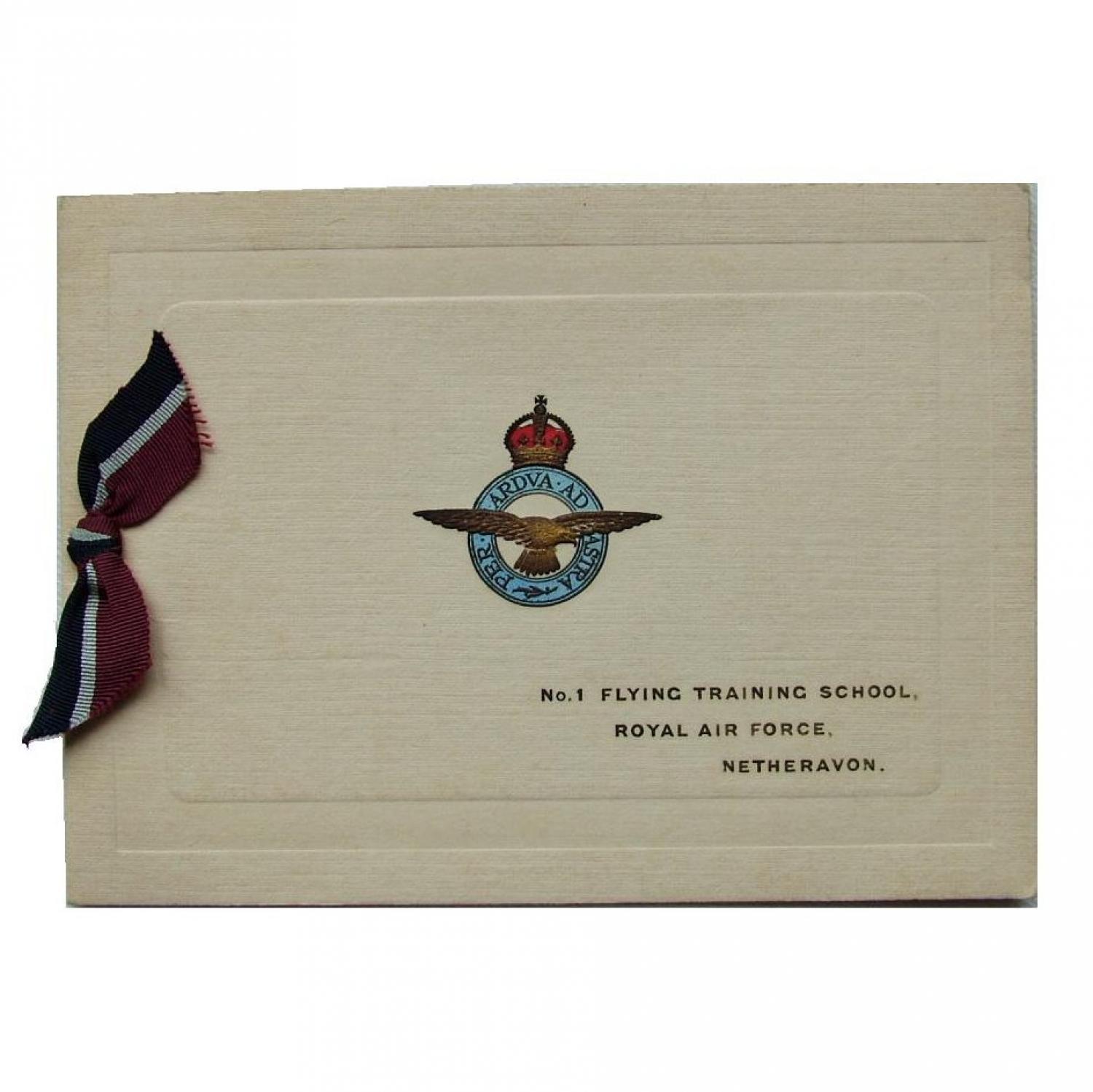 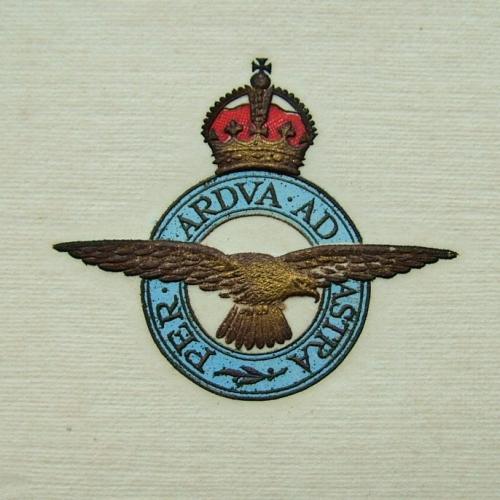 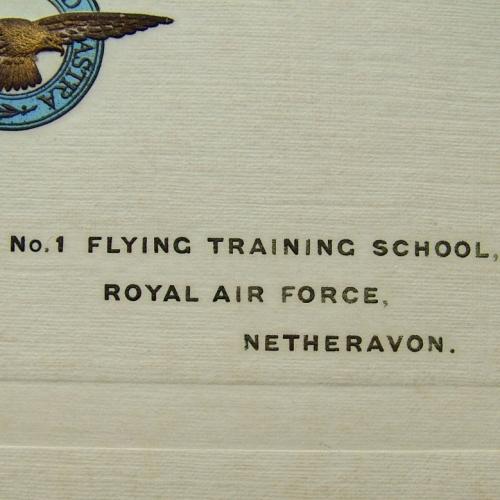 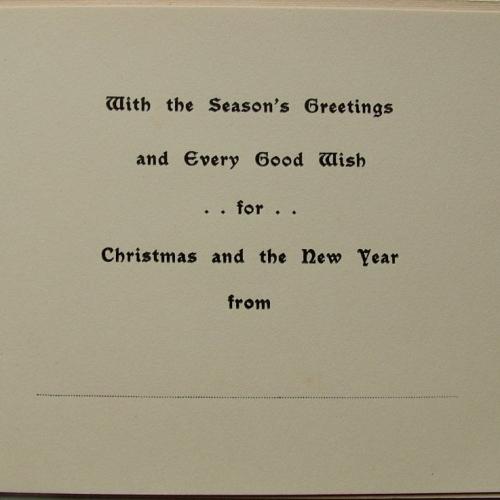 Christmas card for No.1 Flying Training School, Royal Air Force, Netheravon.  Lovely embossed RAF crest to front.  No.1 FTS moved to Netheravon in the summer of 1939 and partly re-equipped with the Harvard.  During 1940, an adapted Fairey Battle was used as a trainer for pilots of the FAA and later the Miles Master before the school was disbanded in early 1942.  Unused with light soiling.  Stock code P20633.