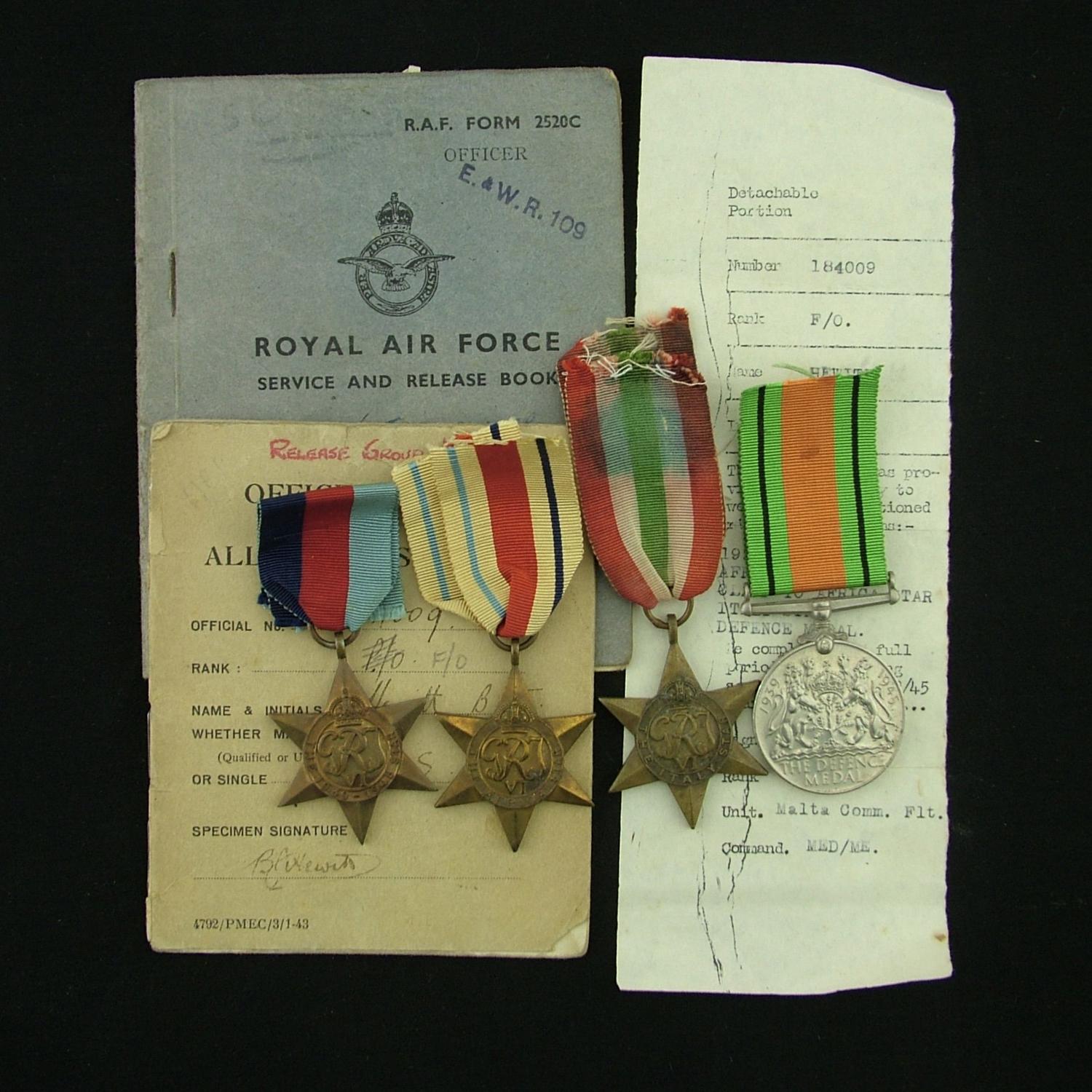 RAF service and release & officer's pay and allowances books named to Pilot Officer (later Flying Officer, then Fl. Lt) Basil John Hewitt, service number 184009.  He served with Malta Command (Mediterranean / ME command) and was awarded the 1939-45, Africa and Italy stars, a clasp to the Africa star and the Defence medal.  This lot comes with his medals although the Africa star clasp is absent.  Also comes with his medal entitlement slip.  Stock code M22873-144. 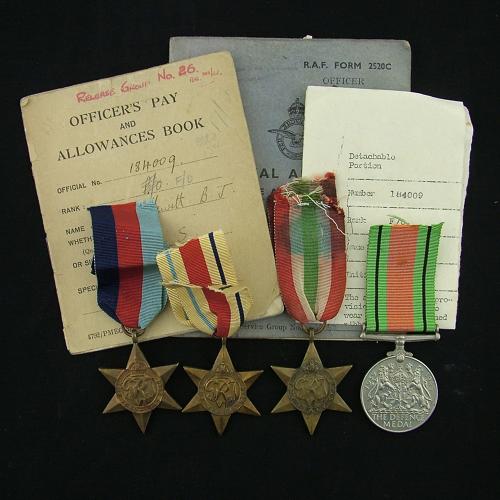 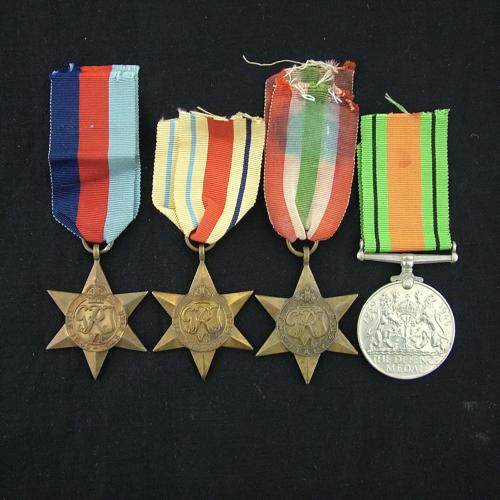 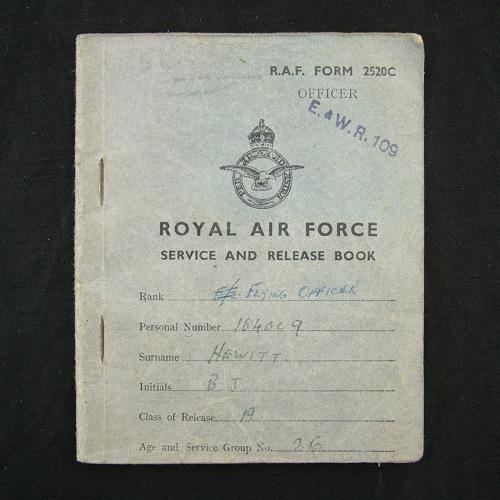 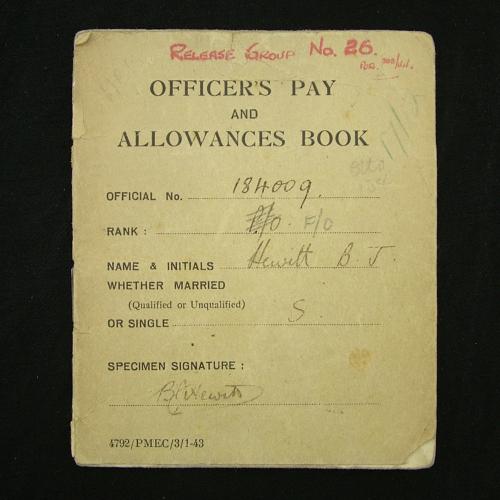 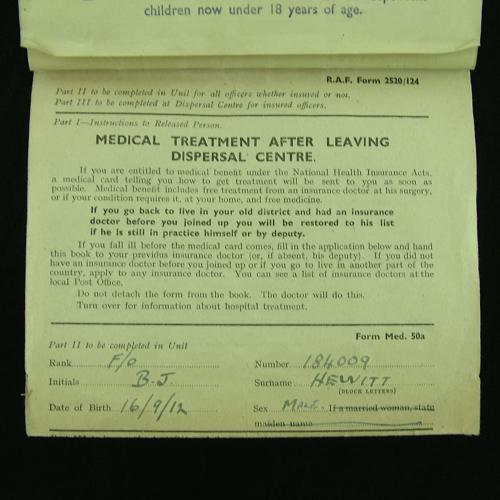 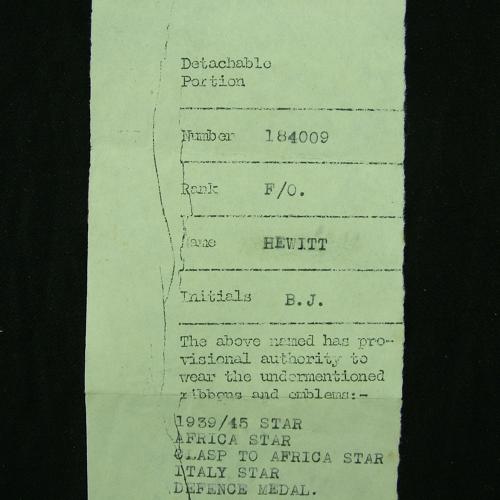 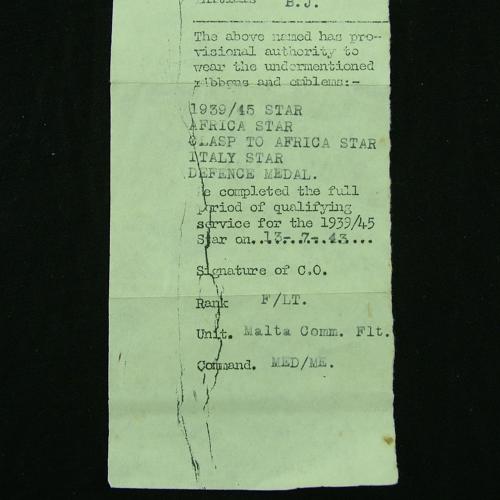 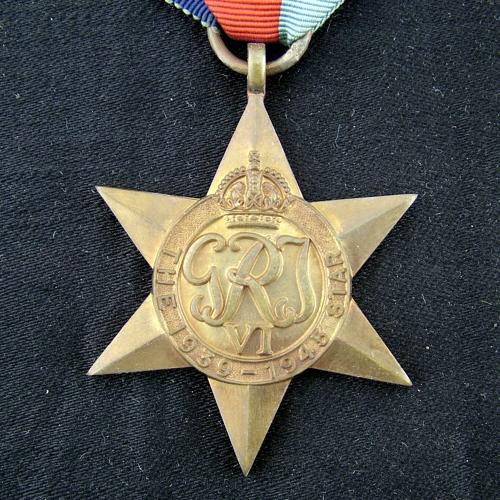 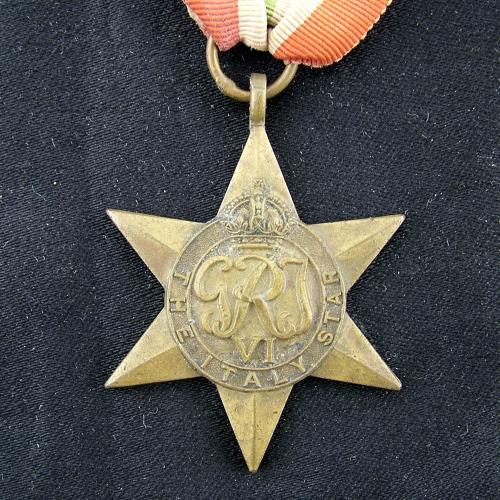 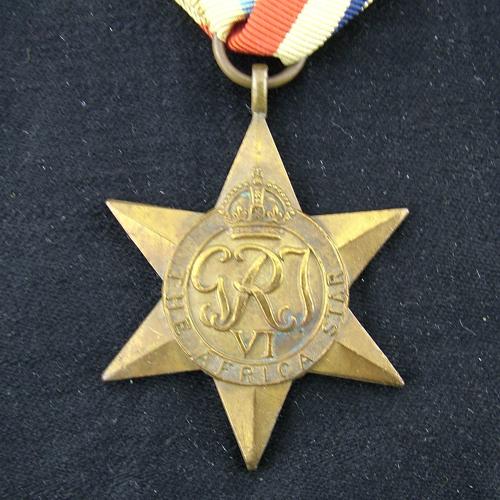 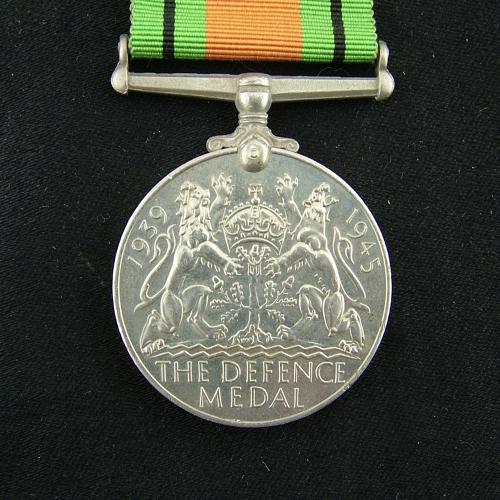