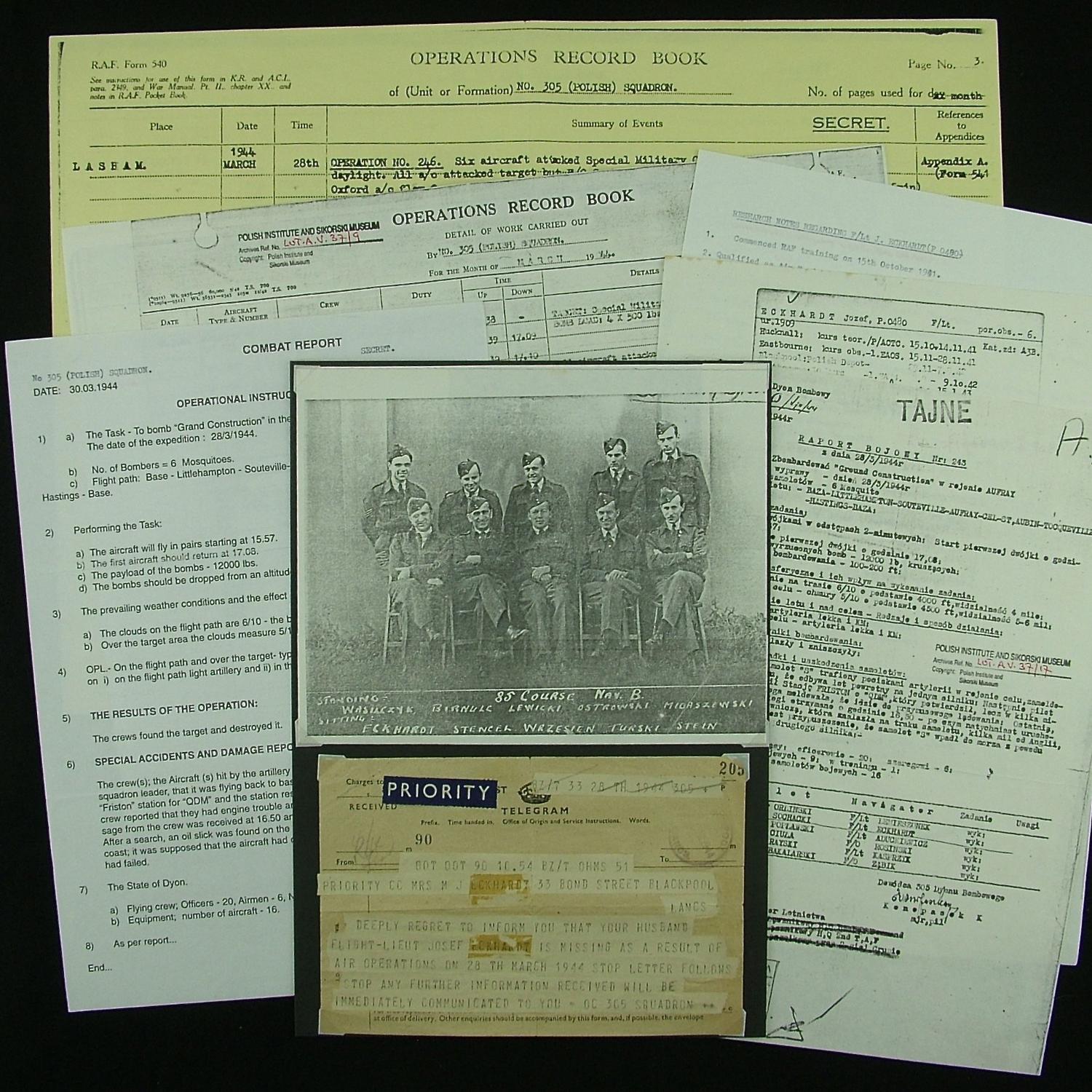 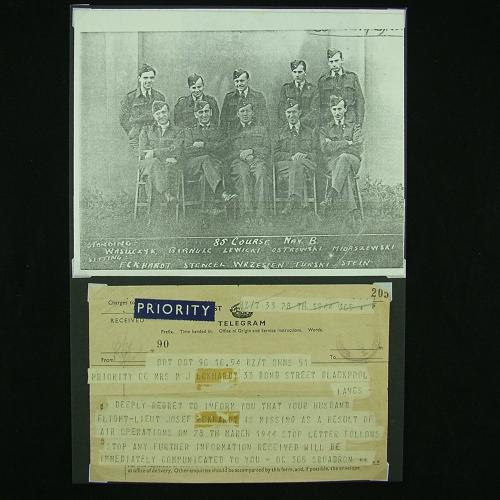 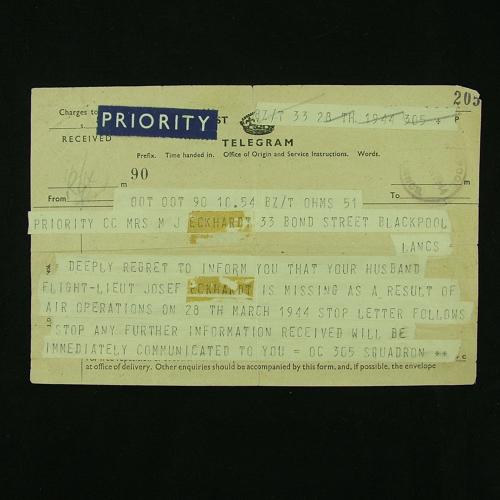 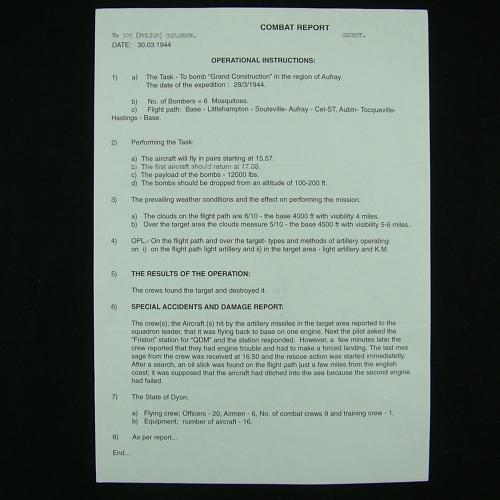 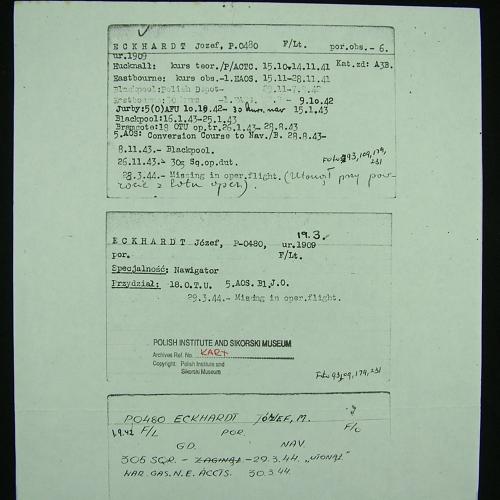 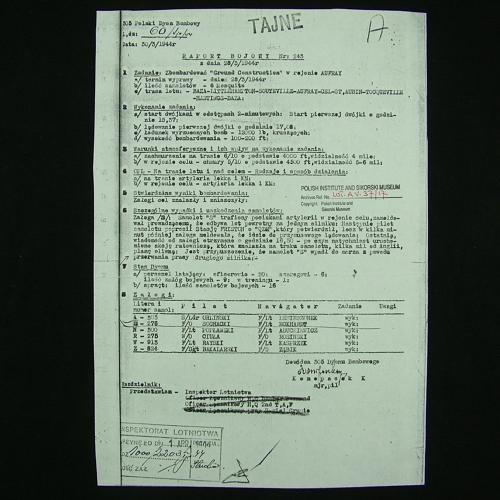 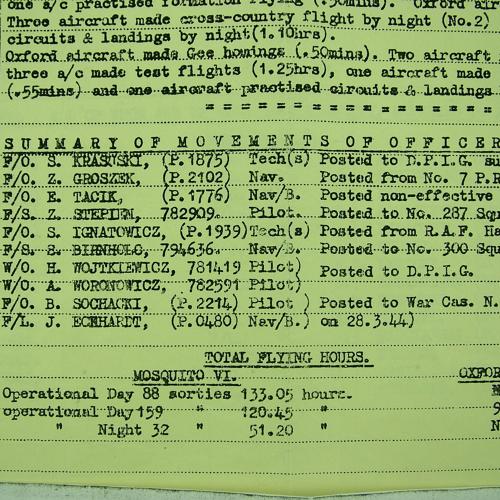 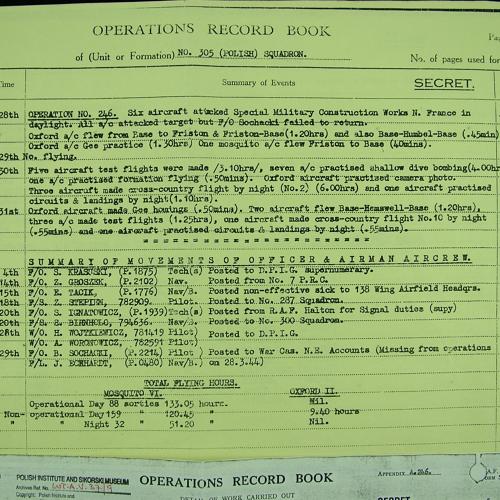 Original 'Missing in Action' telegram sent to the wife of Flight Lieutenant Josef Eckhardt : 'Deeply regret to inform you that your husband Flight-Lieut. Josef Eckhardt is missing as a result of air operations on 28th March 1944 - Stop - Letter follows -Stop - Any furthur information received will be immediately communicated to you = OC 305 Squadron'.  This is the dreaded telegram feared by all relatives of serving military personnel.  Eckhardt commenced RAF training in October 1941, qualifying as a Navigator on 8th November 1943.  He was posted to 305 (Polish) Squadron @ Lasham, Hampshire and commenced operations on 25th February 1944.  They completed four opertational flights targeting V-1 bomb launch sites in Northern France before failing to return on the fifth.  Eckhardt flew as navigator for pilot Flying Officer Sochacki in Mosquito VI, 'S' 276 carrying  4 x 500lb bombs.  The target was attacked but their aircraft was hit by anti-aircraft fire resulting in the loss of one engine.  They reported this and that a forced landing was necessary and rescue action was instigated immediately.  An oil slick was found on the flight path just a few miles from the English coastline and it was summised that the aircaft had ditched into the sea due to failure of the second engine.  Neither aircraft or bodies were ever recovered.  The telegram shows age and wear.  Comes with  modern photocopies of the combat report for the night, details of Eckhardt's time in the RAF and sheets from the squadron operations record book (PRO & Polish Institute & Sikorski Musuem).  Stock code P23507.