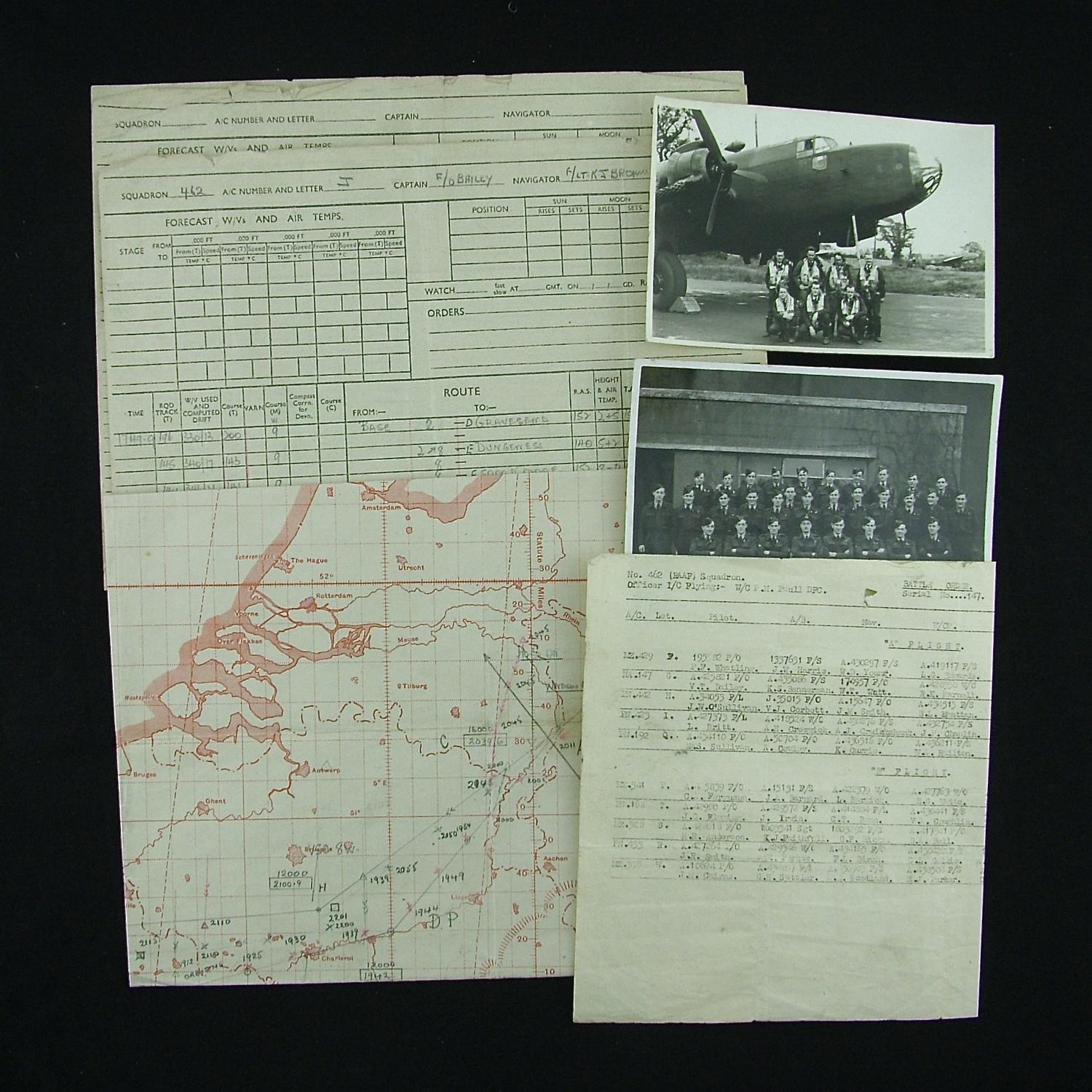 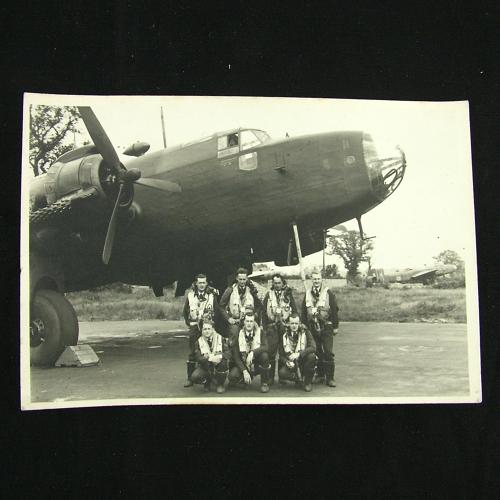 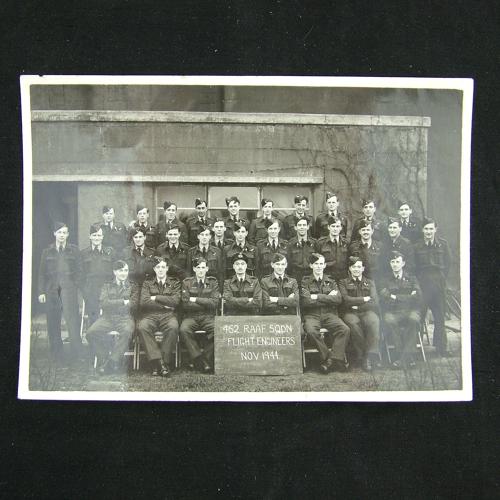 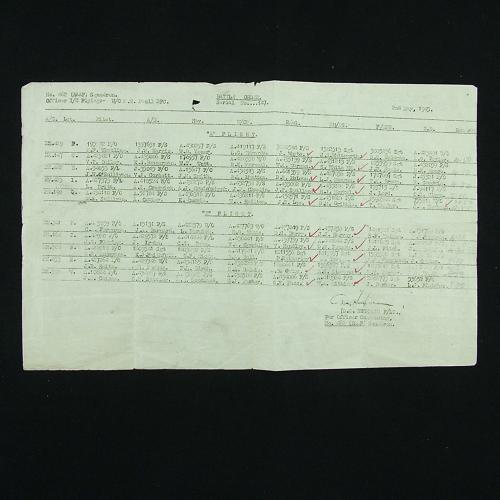 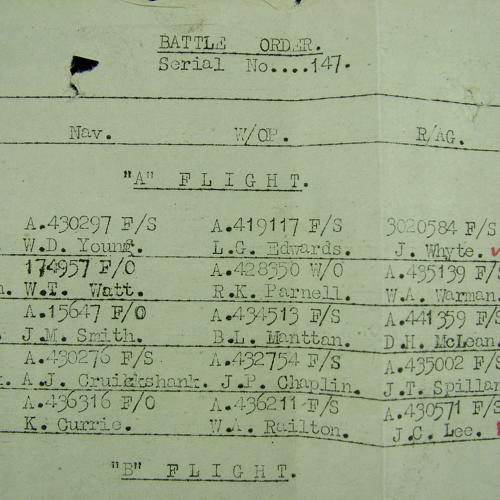 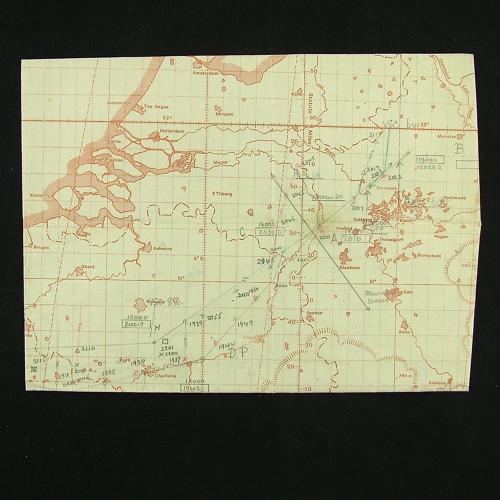 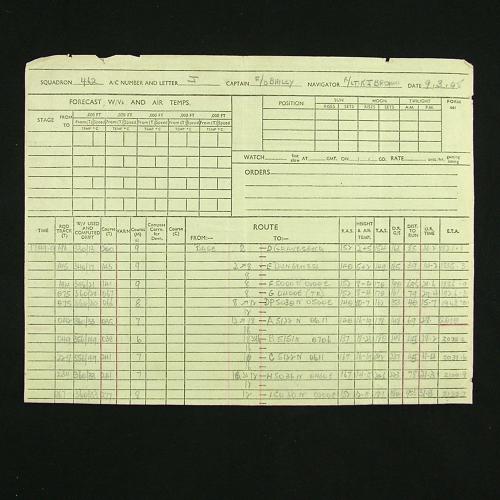 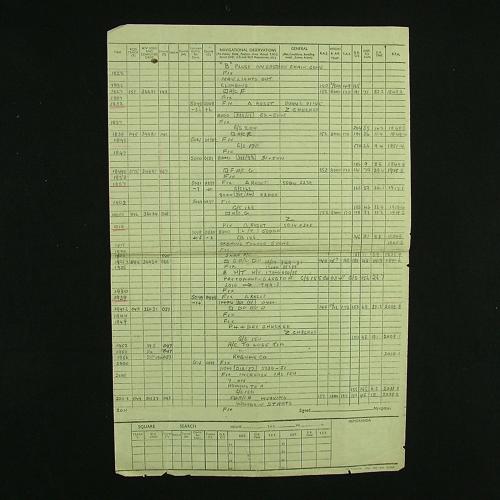 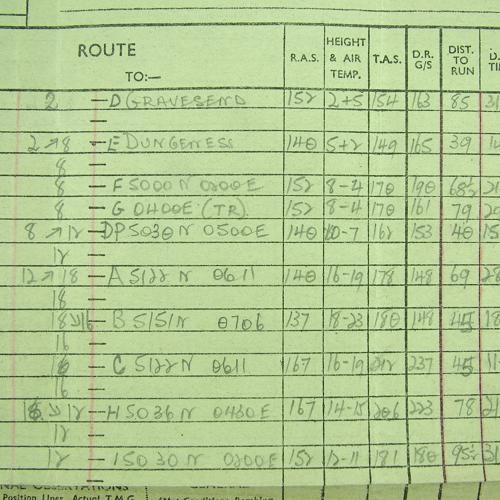 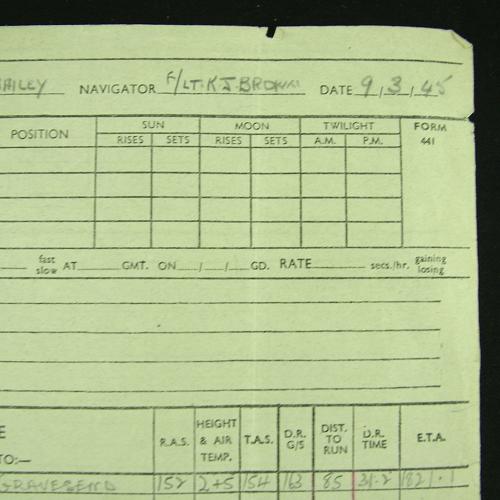 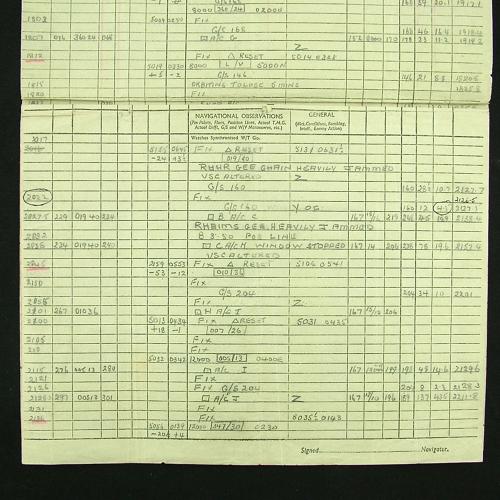 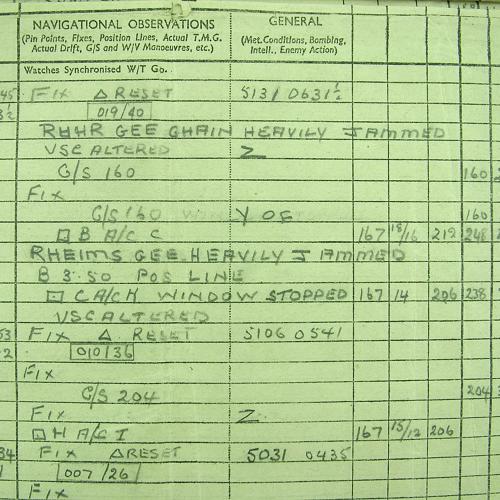 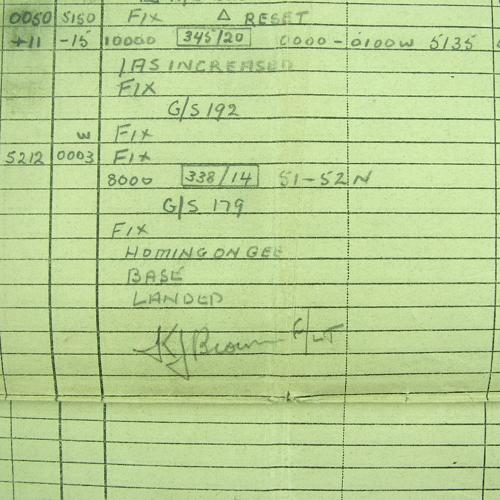 Documents relating to Flight Lieutenant K. Brown of 462 (Royal Australian Air Force) Squadron.  These include a photograph of Brown with his crew in front of a Halifax bomber and another of the 462 RAAF Sqn. Flight Engineers c. Nov.1944.  In addition there are two Navigation sheets detailing a sortie on 9th March 1945 to the Ruhr which involved dropping 'window' to confuse Radar and incendiaries.  This has all of his notes actually made during the operation made from take off at 1749hrs throught to touch down at 2255hrs including 'fixes, window, Ruhr Gee Chain Heavily Jammed, Rheims Gee Heavily Jammed, NAV light on/off' etc.  Also comes with his plotting chart annotated with notes and what appears to be the course to the Ruhr.  F/Lt. Brown, an Australian navigator (A410302) flew with 462 as part of 100 Group Radio Counter-Measures from August 1944 until the end of the war.  Scarce original navigator's log sheets.  Stock code P23517.